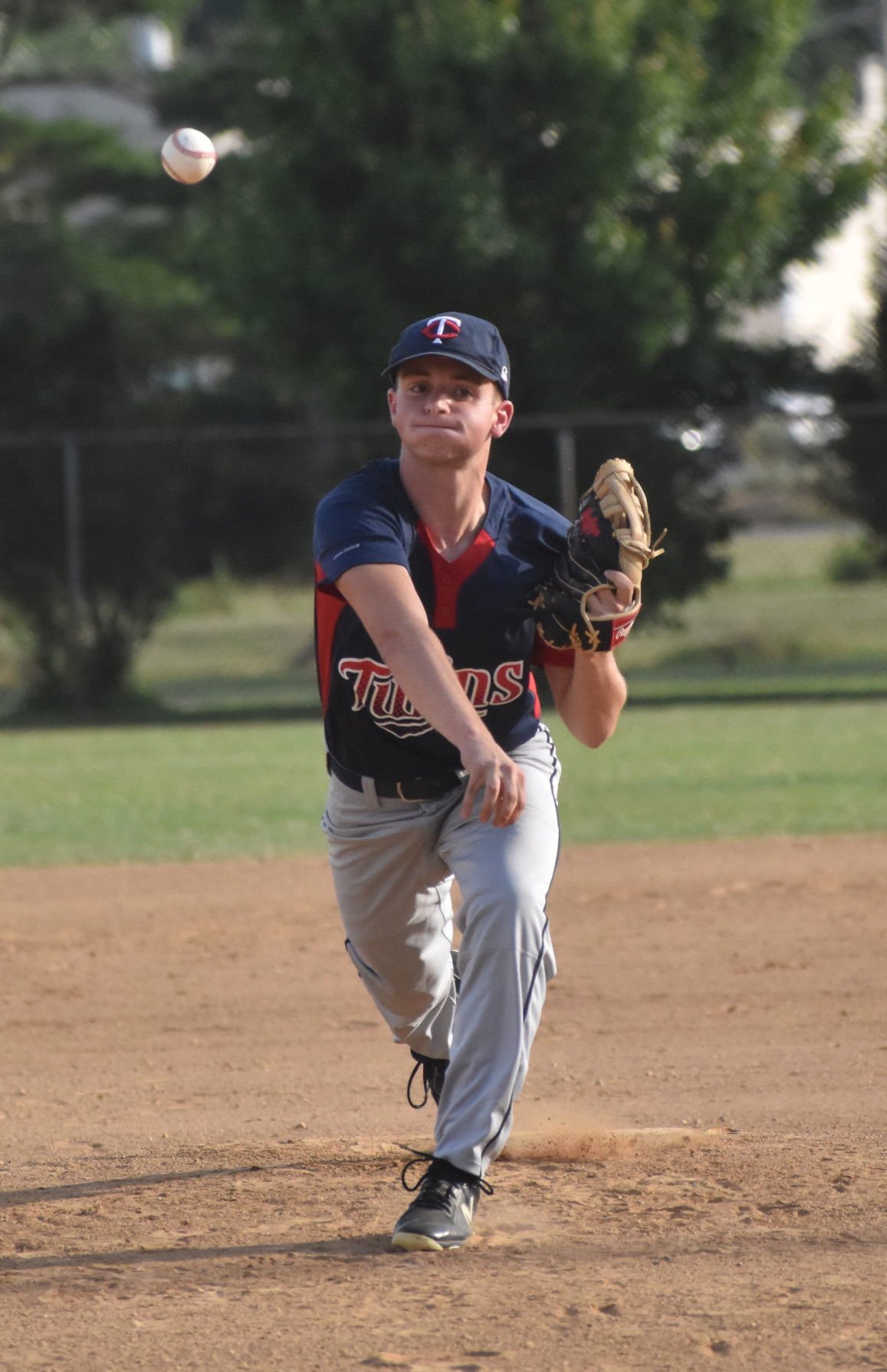 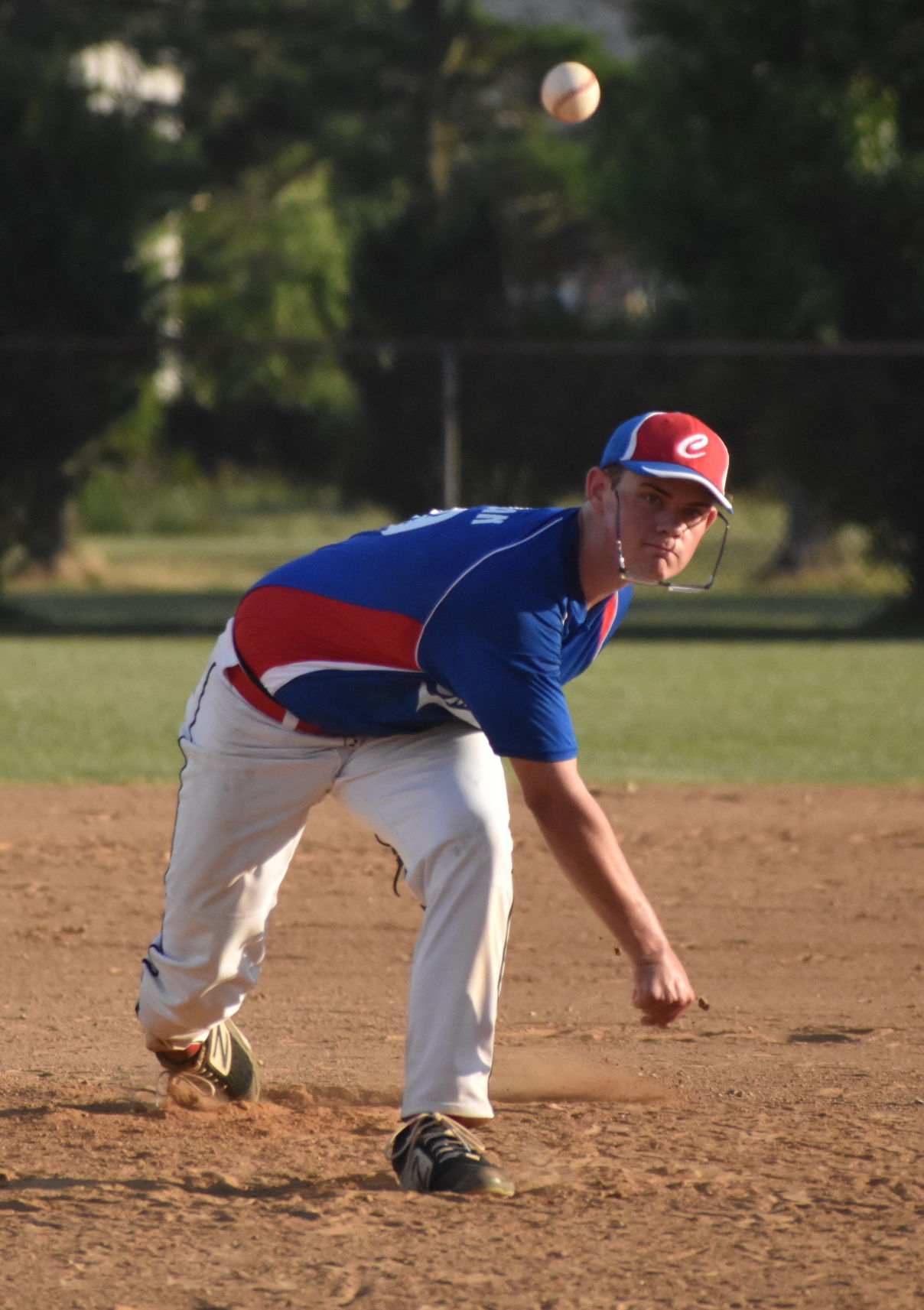 Caroline starting pitcher Jaden Rowan loses his glasses as he delivers a pitch during the second inning of Tuesday's game against Tri-City.

Caroline starting pitcher Jaden Rowan loses his glasses as he delivers a pitch during the second inning of Tuesday's game against Tri-City.

The five-inning rout featured six-run spurts in the third and fifth innings. Starting right-hander Jaden Rowan picked up the win with three innings of work, while Crystian Brewer threw the final two to end it.

Caroline faces tournament host Kent County tonight at 6:30 p.m. in the win-bracket final of the three-team bracket. The loser of the game plays Tri-City at 6:30 p.m. Thursday for a chance to make Friday’s final out of the elimination bracket.

“It was a matter of smart base running, and good hitting, that did the most for us,” said Mike Willoughby, who shares coaching duties for Caroline with Jerry Stewart and Warren White. “We took the extra base when we could, we hit in situations. And ... I think we might actually have a better-hitting team than we had last year when we won the state [title].”

Kyler Boyd got things going for Caroline in the first, drawing a four-pitch walk and stealing second base a moment later. P.J. Gunther (2 for 4, two runs) drove him in with a double just inside the third-base bag, and an error on a one-out grounder by Adam Boyles (2 for 3, three runs) plated Gunther to make it 2-0 before Tri-City starting pitcher Devin Lord stopped the rally with back-to-back strikeouts.

Rowan got in a jam in the bottom of the inning, when Tri-City got a hit, a passed ball after a swinging strike three on a curveball, and a walk to load the bases with two outs. But just like his counterpart, a swinging strikeout ended the rally, keeping Tri-City off the board.

Caroline broke it open in the top of the third. Back-to-back walks to Jeremy Bedford and Boyles started it, and a two-base throwing error on a Brewer sacrifice bunt scored both runners.

Brewer, who made third on the play, came in on Chad Willoughby’s sac fly to right, making it 5-0. Jayden Watkins doubled, Rowan walked, and Tanner Young slapped a line drive just over the glove of leaping Tri-City shortstop Zach Jones right after that. The ball rolled into left-center field, scoring Watkins and Rowan, as Young legged out a triple; he scored a moment later when Boyd popped out in foul ground to third and Young sprinted home, putting the score at 8-0.

Tri-City answered with a three-run rally in the bottom of the third, begun by hits from Zach Jones and Brendan Ebeling, who eventually scored on a walk and wild pitch, respectively. Lord, who walked to load the bases behind Ebeling, would also score, making it 8-3, before Rowan got two strikeouts to end the threat.

Caroline got two of the runs back in the top of the fourth on a Watkins ground out that scored Boyles, which Brewer hustled into a two-RBI fielder’s choice, putting the defending champs up 10-3.

Caroline iced it with six runs in the top of the fifth, two on a Gunther triple, one on a Kyle Speas hit, one by way of a Bedford sac fly, another on a Brewer double, and still one more on a Young single.

“We haven’t jelled yet, not like the team last year did,” Mike Willoughby said. “But I’m thinking we will in time. We’ve got the talent; we just need to come together as a team.

“Last year’s team was just one team, but this team is two, a Caroline North team plus a South Caroline team,” Mike Willoughby added. “So they’re getting used to one another a little bit.”