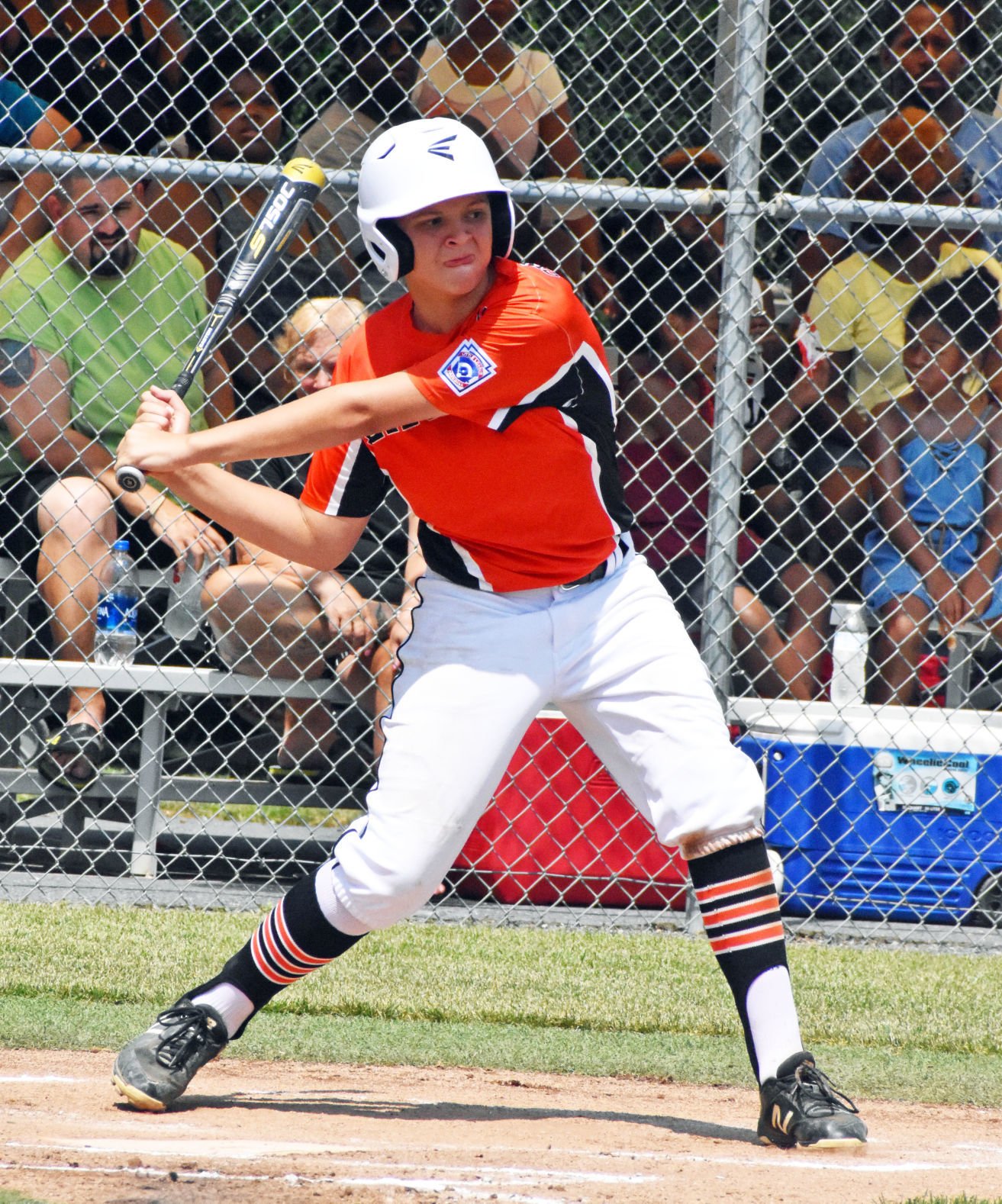 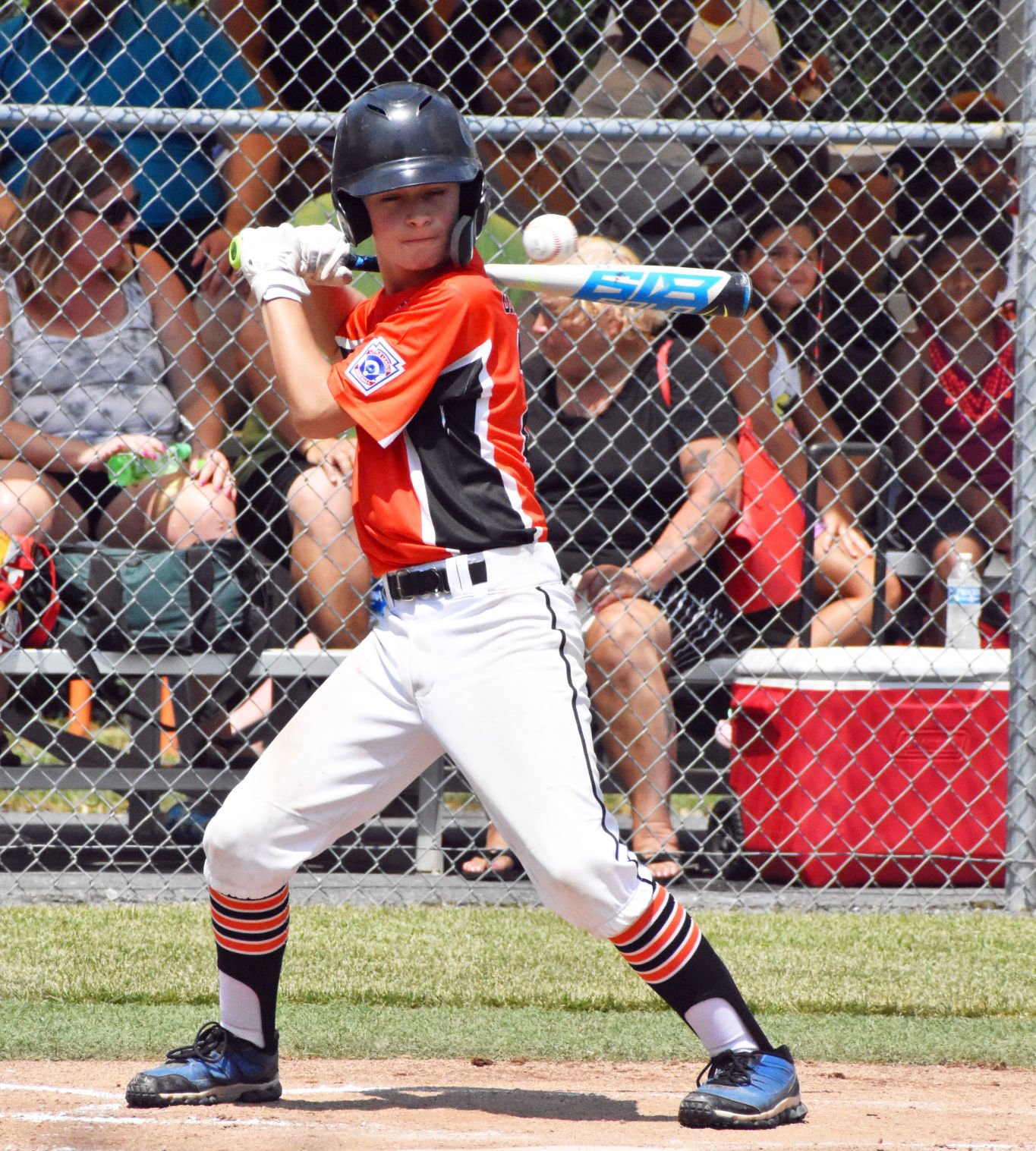 FREDERICK — After a weeklong run through the elimination bracket, the clock struck midnight Friday for the All-Stars from Easton.

The District 6, age 11-12 Little League baseball champions, who had eliminated half of the other teams in the state playoffs at Staley Field, fell to District 2 winner and tournament host Frederick, 4-3, that night, in the bottom of the eighth.

Easton finishes the postseason 7-2 overall, and third in the state tournament.

Frederick (8-2) advanced to Saturday’s championship against District 8 winner Fruitland as a result of the victory. Fruitland (8-0) won that contest 5-0, and advanced to the regional tournament, which begins Aug. 4 in Bristol, Conn.

Easton, which lost to Fruitland, 7-1, in the teams’ tournament opener July 20, won its next three games. The run began when the team routed District 4 champ Laurel 13-0 on July 21 in four innings.

Rain later that evening, which continued for more than 36 hours, caused the tournament to be postponed for two days. Easton’s next contest, on Wednesday, ended with the elimination of District 7 winner Hughesville, 4-3, Dylan Cassell’s solo homer in the top of the sixth providing the margin of victory.

The following night, Easton took on District 1’s Conococheague, and held a four-run lead entering the bottom of the sixth. Conococheague rallied that inning, scoring three runs, but Easton escaped with a 6-5 win.

Cassell, who had homered in each of the previous two games, hit two on Thursday, giving him the tournament lead to that point with four, until Fruitland’s Cannan Mapp tied it in the bottom of the fifth inning of Saturday’s championship.

“It’s been a great, great run,” Easton manager Cory Fink said. “It’s a shame it had to end. But the last game, that was just a great baseball game between two very good teams. ... My hat’s off to Frederick and to the Little League there for running such a good tournament.”

Friday night, both Easton rallies were met with an equal one by Frederick.

In the top of the fourth, Kayden Webb led off with a base hit to center field. Cassell’s grounder to short forced Webb, while Cassell made first on the fielder’s choice.

Pearson Greenwood walked, and pinch-hitter Dawson Shortall came up next. After taking the first pitch for a called strike, he got a hold of the next one, lining it into right-center field. The ball was mishandled in the outfield, and Cassell scored on the gaffe, while Greenwood made third, and Shortall dashed to second.

Frederick starting pitcher Nathan Chappell closed the door after that, though, getting a strikeout and then a ground ball to end the inning.

Frederick answered in the bottom of the fourth, a leadoff walk eventually turning into the tying run on a ground ball to second base.

Will Sherwood’s two-run homer in the top of the fifth made it 3-1, Easton. Frederick answered in the bottom half with two runs to tie the game up.

Neither team scored in the sixth, sending the game into extra innings, the first such contest in the state tournament.

The seventh went by without the score changing, and in the eighth, the so-called international tiebreaker rule came into play. Under it, the final batter of his team’s previous inning begins the next one on second base.

For Easton, it was Cassell. Michael O’Connor singled with one down, and Cassell was held up at third, the throw from center field going over the cutoff man and straight to the plate. O’Connor, seeing this, broke for second, and reached base safely.

As O’Connor’s play at second unfolded, Cassell was released to try and score. He was close, but tagged out a step or two up the line in a bang-bang play at the plate for the second out. Easton manager Cory Fink argued the call with the home-plate umpire, but the call was not changed.

O’Connor was stranded at second when the next hitter grounded out, ending the top of the eighth.

“Dylan slipped and fell on his stomach as he rounded third,” Easton manager Cory Fink said. “And then, when O’Connor went to second, and the throw went there, I sent Dylan.

“I stand by my protest of the call,” Fink declared. “Had I argued the obstruction [angle] I don’t know if it would’ve changed it. ... In the end, though, you have to honor the umpires’ decisions in the game.

“We had three close calls at the plate,” Fink added. “The first one, [Colin] Mooney [who was caught stealing at home in the first] was clearly out. But the other two, I felt they were closer.”

The second close call resulting in an Easton out at the plate Friday night took place in the top of the seventh, when Sherwood was tagged for the third out when trying to score on a wild pitch.

In the bottom of the eighth, a bizarre play led to the game-winning run. Casey Willett, who lined out to Cassell at second to end the home half of the seventh, was placed on second base. As Rapha Ramos batted, the 0-2 pitch was delivered in the dirt, and got lost somewhere just behind the plate.

The ball, apparently hung up in the pant leg or equipment of the home plate umpire, was missing long enough for Willett to make third.

After a conference by the umpires and a phone call to Little League International headquarters in Williamsport, Pa., the play was ruled a passed ball. While not exactly accurate, it essentially did the same thing as what the play officially was.

Under rule 7.05 (i), “Each runner including the batter-runner may, without liability to be put out, advance ... one base, if the batter becomes a runner on a ball four when the pitch passes the catcher and lodges in the umpire’s mask or paraphernalia.”

The pitch, an 0-2 offering, was not ball four, but the ruling from Williamsport was close enough sufficient to fulfill the needs of the moment, and Willett stayed at third.

After the 15-minute break in action, Ramos lofted the next pitch into right field. It fell in between two defenders, and Willett came home, his run giving Frederick a walk-off victory.

“I think [the ball] got hung in the umpire’s pants, where the leg met his body,” Fink said. “It’s a shame that the game had to end, in part, because of a play like that, but that’s baseball sometimes.

“The kids, though, even though we lost... we still finished third in the state,” Fink continued. “And in all this, they had each other’s backs, and they worked, and played as a team. And all the support that they got from friends, family, and the community was just amazing.

“The kids have been watching videos of the games,” Fink added, “and that’s really something special, that Frederick Little League did video, and a live feed of the games. That’s something they might be able to look at years down the road, and it’s definitely something to be proud of.”