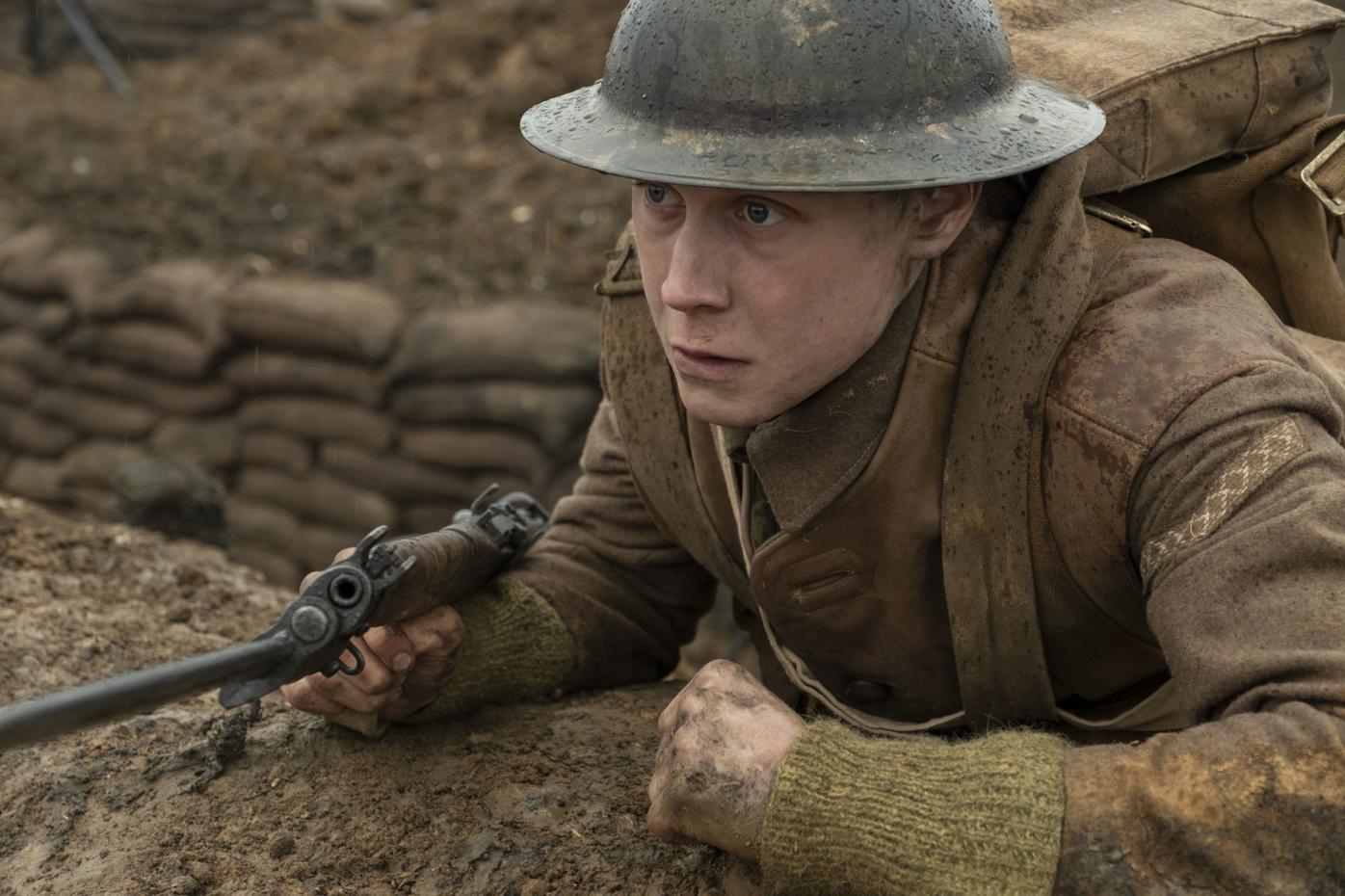 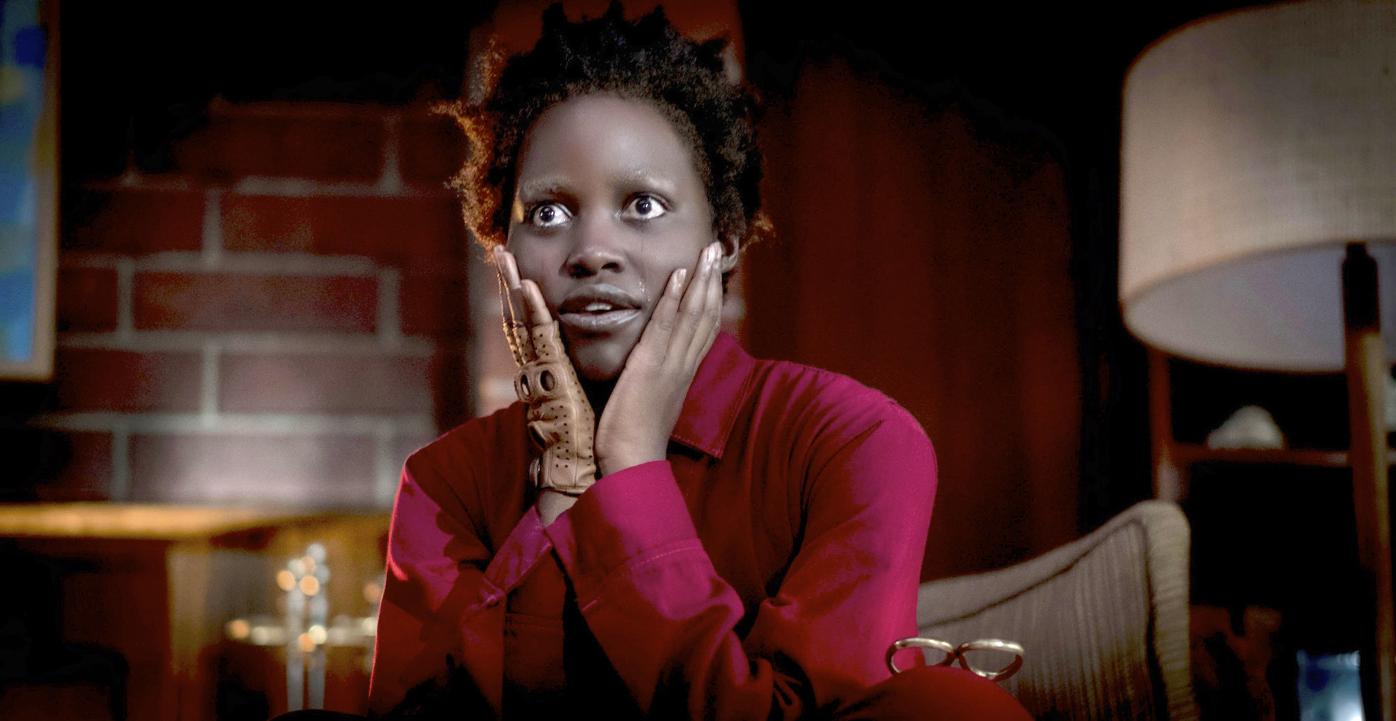 Lupita Nyong’o appears in a scene from “Us.” 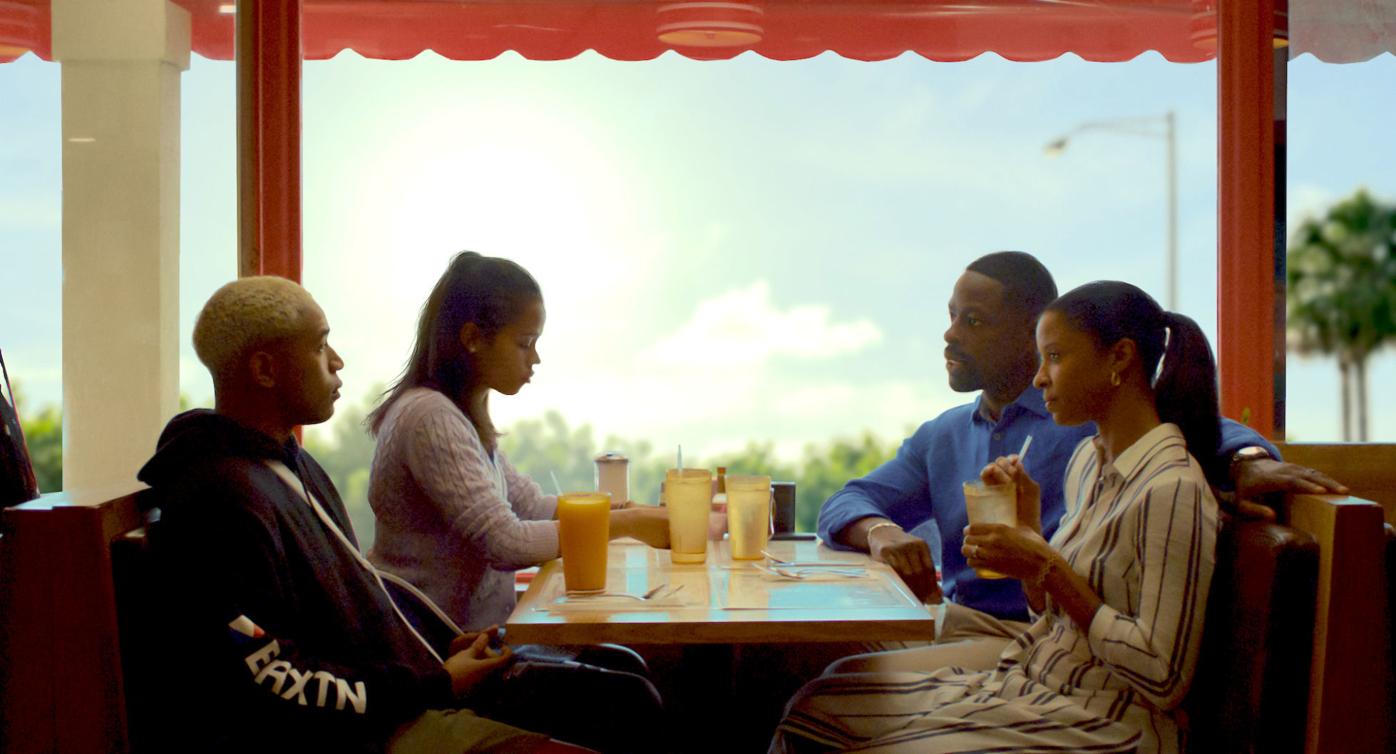 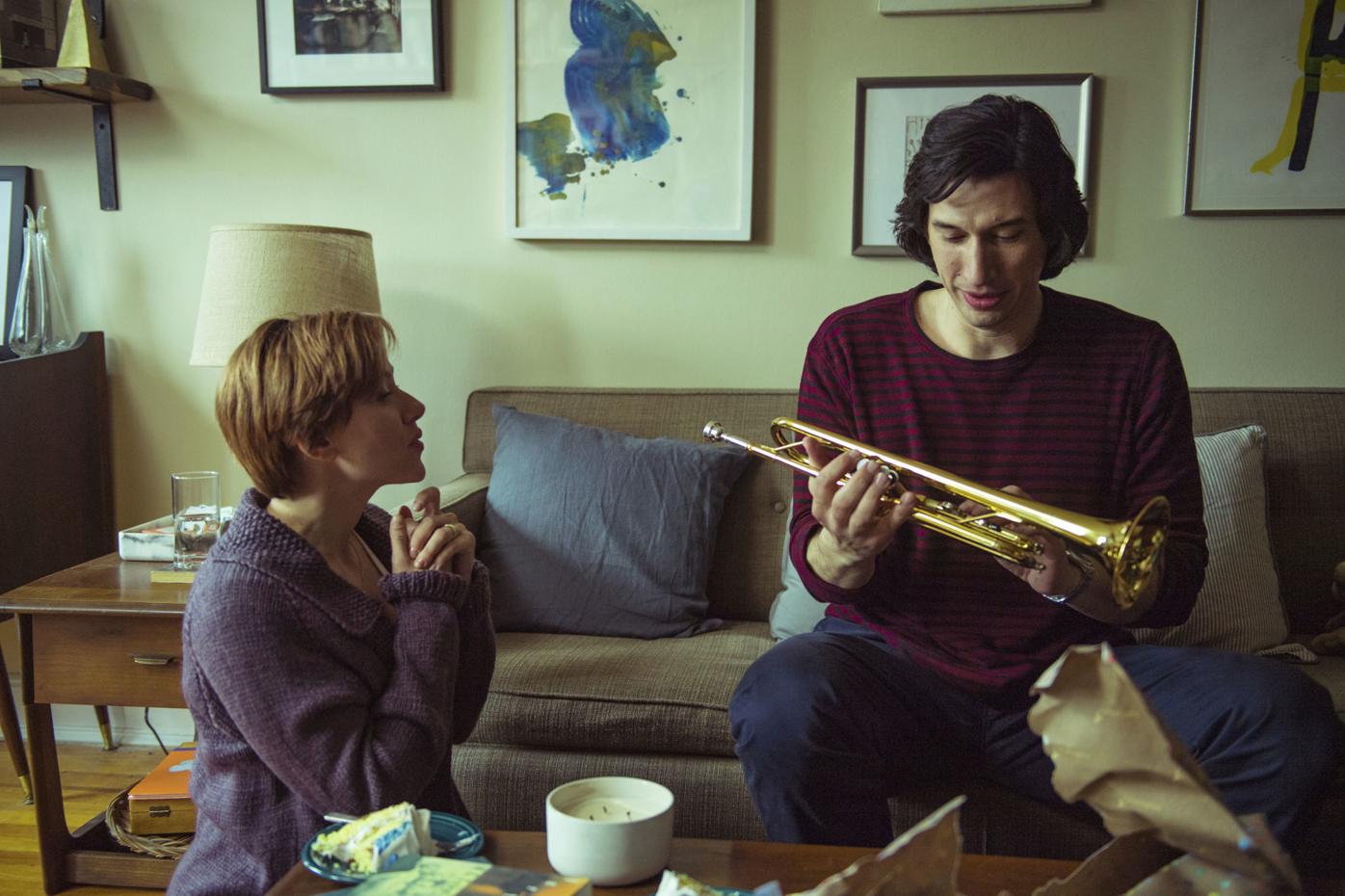 Scarlett Johansson, left, and Adam Driver appear in a scene from “Marriage Story.” 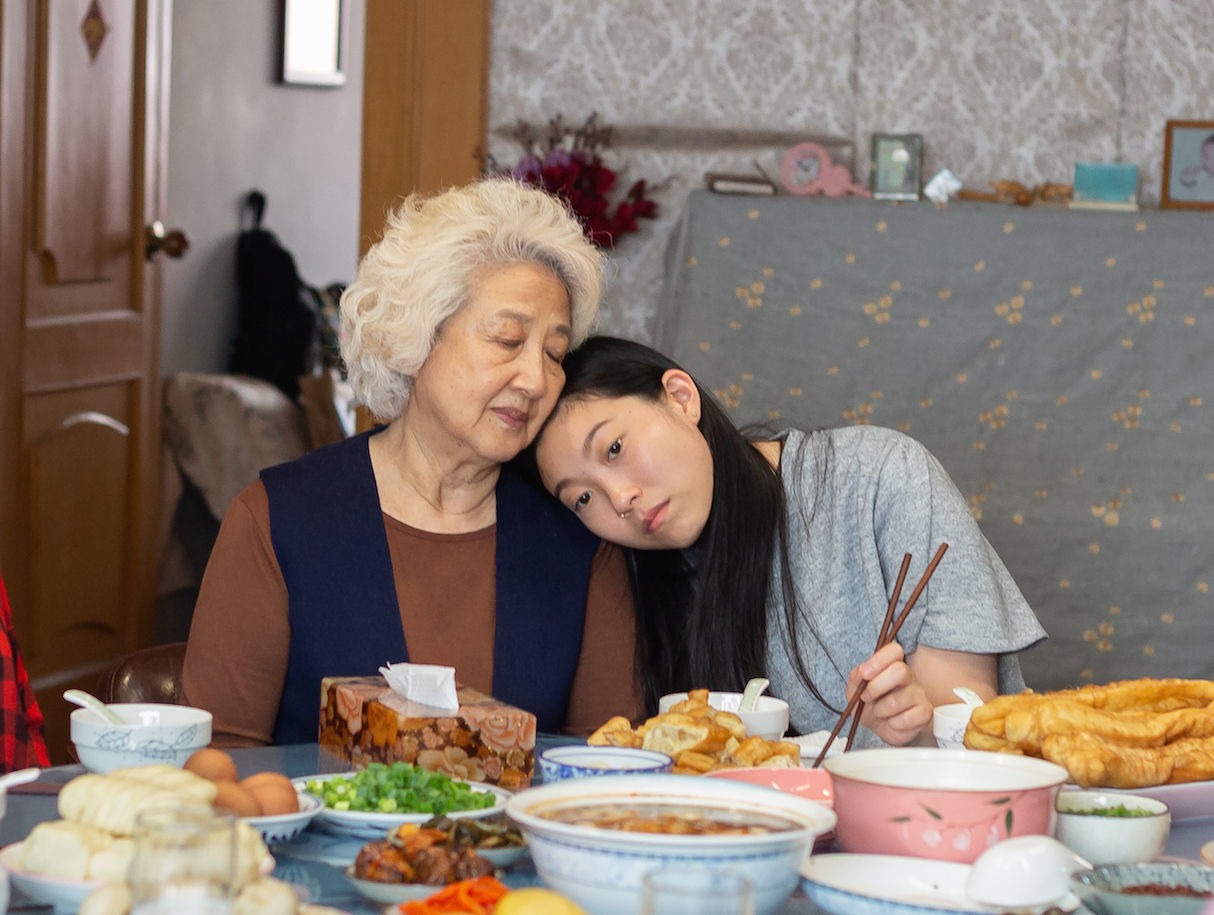 Zhao Shuzhen, left, and Awkwafina appear in a scene from “The Farewell.” 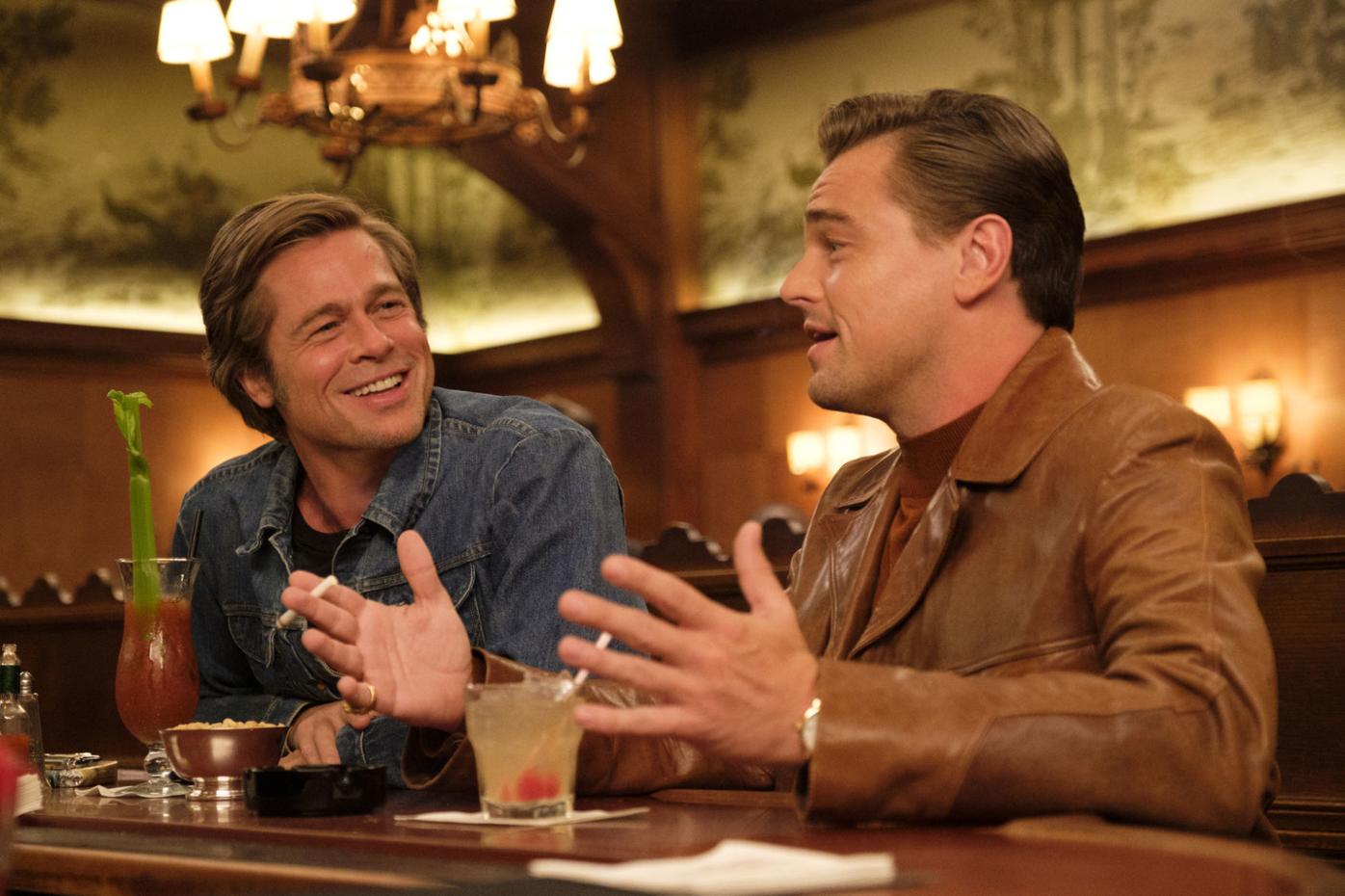 Brad Pitt, left, and Leonardo DiCaprio appear in a scene from “Once Upon a Time in Hollywood.” 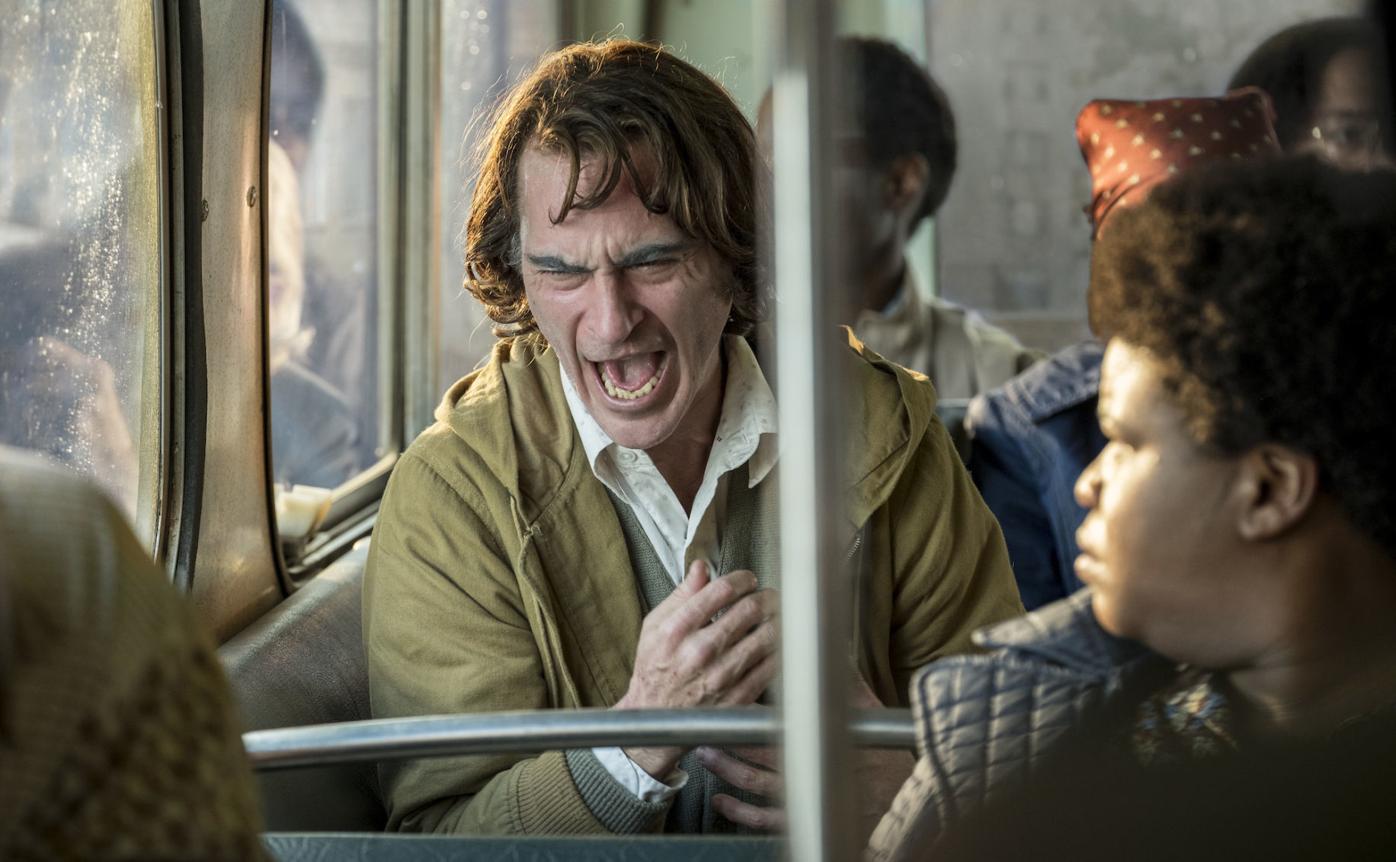 Joaquin Phoenix appears in a scene from “Joker.” 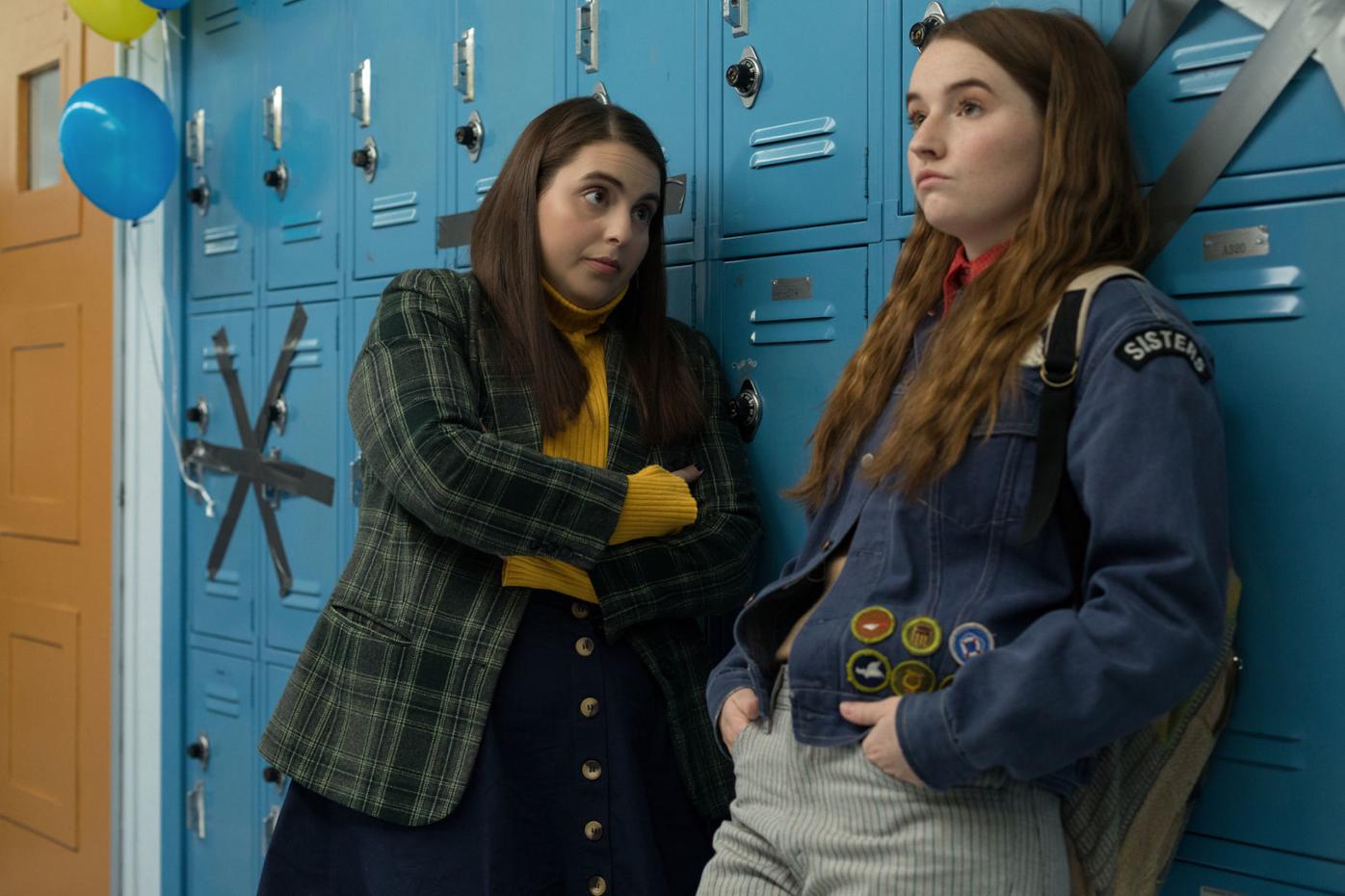 Beanie Feldstein, left, and Kaitlyn Dever appear in a scene from “Booksmart.”

Lupita Nyong’o appears in a scene from “Us.”

Scarlett Johansson, left, and Adam Driver appear in a scene from “Marriage Story.”

Zhao Shuzhen, left, and Awkwafina appear in a scene from “The Farewell.”

Brad Pitt, left, and Leonardo DiCaprio appear in a scene from “Once Upon a Time in Hollywood.”

Joaquin Phoenix appears in a scene from “Joker.”

Beanie Feldstein, left, and Kaitlyn Dever appear in a scene from “Booksmart.”

"Knives Out," writer-director Rian Johnson's return from a galaxy far, far away, was the best movie I saw in 2019.

An Agatha Christie-style whodunit filtered through modern sensibilities, it revels in the trappings of the genre while gently poking fun at them. Its first act is a masterclass in editing as police detectives interview the members of the Thrombey family, their conflicting stories gradually piecing together a picture of the night leading up to the apparent suicide of patriarch Harlan Thrombey (Christopher Plummer), a celebrated mystery writer.

Renowned, Southern-fried P.I. Benoit Blanc (Daniel Craig) suspects murder, and the bloodsucking Thrombey family presents a host of viable suspects. Craig is a hoot in the movie's showcase role, adopting a deep, Southern drawl and courteous affectations masking a mind that suspects everyone and never stops considering the case from every angle. There wasn't a more memorable character on the big screen this year.

The cast — also including Jamie Lee Curtis, Don Johnson, Chris Evans (playing against type as the problem child grandson), Toni Collette, Michael Shannon and Ana de Armas — is stellar from top to bottom, and Johnson's command of tone and pace expertly juggles them and holds the movie together.

Now best known as the man behind the divisive "Star Wars: The Last Jedi" (2017), Johnson has become something of a villain to a certain subset of fans. Free from someone else's sandbox and left to his own devices, his talents are on full display in the deliciously twisty "Knives Out." He's taken a classic brand of storytelling and made it fresh and vital in 2019.

Here are the rest of the best movies I saw this year:

I'll admit it: I'm a sucker for the long take and, even more so, the editing magic that can make an entire film appear as one uninterrupted shot. Sam Mendes' World War I tale "1917" is the latest, and by far the most ambitious, picture to adopt the technique. The great cinematographer Roger Deakins' camera follows two English soldiers (George MacKay, Dean-Charles Chapman) as they embark on a perilous journey through the recently vacated German front lines, desperately seeking to deliver orders to another unit to call off an attack that almost certainly will be the end of its 1,600 men. "1917" is a technical tour de force, emphasizing the impossibly close quarters of the trenches, the harsh conditions of the battlefield and the many dangers that could be lurking just beyond the camera's field of vision. In the end, it becomes a tale of determination and endurance, of the lengths a man will go to for his brothers in arms.

Writer-director Jordan Peele's follow-up to his 2017 Oscar-winning smash "Get Out" is an even better film. "Us," in which a vacationing family comes to face to face with their murderous doppelgängers, is a more of a pure horror movie, playing off the not-so-subtle idea that we are our own worst enemy, that instead of looking outward when adversity strikes, we should consider our own flaws and failings — on personal and societal levels. It's frightening and smart, showing Peele is anything but a one-hit wonder.

From writer-director Trey Edward Shults, "Waves" starts as one expertly crafted film, then shifts and becomes something else entirely, something deeper and more profound. Telling the story of a successful suburban family and how they react to an unspeakable tragedy — with the factors that led to it becoming clearer in hindsight — this is a film of joy and anger, sadness and love, grief and who you become as a result of it. Simply put, it's a movie about life and all the emotions that come along with it — as inevitable as waves crashing upon the shore.

Martin Scorsese directing a gangster movie starring Robert De Niro, Al Pacino and Joe Pesci sounds like a slam dunk — and it absolutely is. At 3½ hours, "The Irishman," which plays out as the confession of longtime hitman Frank Sheeran (De Niro), requires a significant commitment from the viewer and rewards those with the stamina to stick it out. Digital "de-aging" allows the lead actors to portray their real-life characters across the decades, while the screenplay, by Steve Zaillian, takes pointed aim at the toxic masculinity of mob culture. De Niro and Pacino, as labor leader Jimmy Hoffa, do their best work in many years, while Pesci, who came out of retirement, quietly and consistently steals scenes throughout the film. We may never see this kind of talent — in front of and behind the camera — together again.

The first gut punch from Noah Baumbach's "Marriage Story" comes just a few minutes in, and the beating never stops. Scarlett Johansson and Adam Driver — he's been everywhere lately — star as a couple that never should have gotten married in the first place, despite their obvious affection and respect for each other. With a young son (Azhy Robertson) involved, the disintegration of their marriage is a prolonged, painful process, frustration bringing out the worst in them. They're both right, and they're both wrong, and they both say things they shouldn't, and that's how these things usually go, without the benefit of a clear-cut good guy and bad guy. "Marriage Story" is the most devastating and brutally honest movie of the year.

"The Farewell" tells a uniquely Chinese story — the matriarch (Zhao Shuzhen) of a large Chinese family is diagnosed with cancer, given only months to live, and her family reunites to say goodbye while hiding the diagnosis from her — and filters it through the American perspective of Billi (Awkwafina), the daughter of immigrants. A Chinese-American film in every sense, "The Farewell" gives equal weight and respect to the disparate traditions and values of its two colliding cultures, with a compelling, emotionally raw performance by Awkwafina at its center.

What's this? A mature Quentin Tarantino?! Well, maturing, at least. "Once Upon a Time in ... Hollywood" is an examination of the end of Hollywood's Golden Age, seen through eyes of two men, a fading TV star (Leonardo DiCaprio, very good) and his longtime stunt double (Brad Pitt, even better), coming to grips with the idea that their better days might be behind them, as well. The filmmaker's longing for what was is evident, as his characters encounter actress Sharon Tate (Margot Robbie) and members of the murderous Manson Family, and the movie joins his "Inglourious Basterds" (2009) as an alternate history fable.

Traditional comic book movies provide an easy out for the audience: Heroes defeat the villains, restoring order to the world (or universe). But there's no Caped Crusader to swoop in and save the day in "Joker," the origin story of Gotham's Clown Prince of Crime (a mesmerizing, tortured Joaquin Phoenix). Todd Phillips' film is a gritty, Scorsese-esque picture and a scathing indictment of our society's treatment of mental illness. Yet it stops short of making poor Arthur Fleck a hero or even an anti-hero; he's a sick man who desperately needs help that the system refuses to give. By denying any kind of catharsis, "Joker" stays with the viewer — haunting, disturbing and all too real.

"Booksmart," the feature directing debut of actress Olivia Wilde, upends high school tropes and stereotypes to create a rich world of fully formed, sympathetic characters. It follows two best friends' (Beanie Feldstein, Kaitlyn Dever) increasingly complicated quest to find a party, but calling it a female "Superbad" diminishes its achievement. With a pair of outstanding lead performances and a game supporting cast, "Booksmart" is one of the great coming-of-age comedies of its era.

HONORABLE MENTION: "A Beautiful Day in the Neighborhood," "Dark Waters," "Good Boys," "Ready or Not," "The Report"

NOTE: There has never been a movie experience quite like "Avengers: Endgame." The culmination of more than 20 films released over 11 years was the kind of collective pop culture moment that isn't likely to be reproduced anytime soon. It's also vastly entertaining and powerful — no matter what label you give it, "cinema" or otherwise. However, considering the massive amount of groundwork laid for it during the past decade, it didn't feel right to weigh it against the other movies I saw this year for the purpose of this top 10 list. But I can't wait to see what the next phase of the Marvel Cinematic Universe has in store for us.

Best Costume Design: "Once Upon a Time in ... Hollywood"

Best Production Design/Art Direction: "Once Upon a Time in ... Hollywood"

Best Animated Movie: "How to Train Your Dragon: The Hidden World"