John Cusack, left, and Cameron Diaz appear in a scene from “Being John Malkovich.” 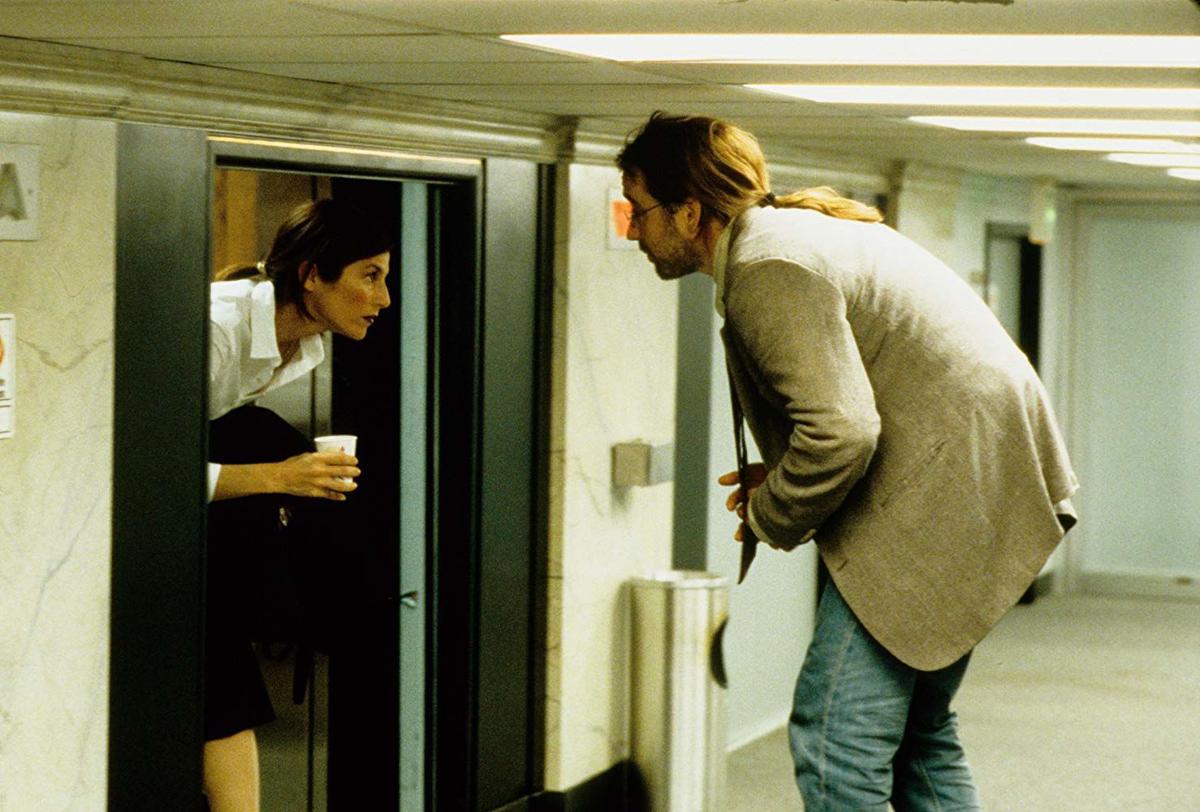 Catherine Keener, left, and John Cusack appear in a scene from “Being John Malkovich.” 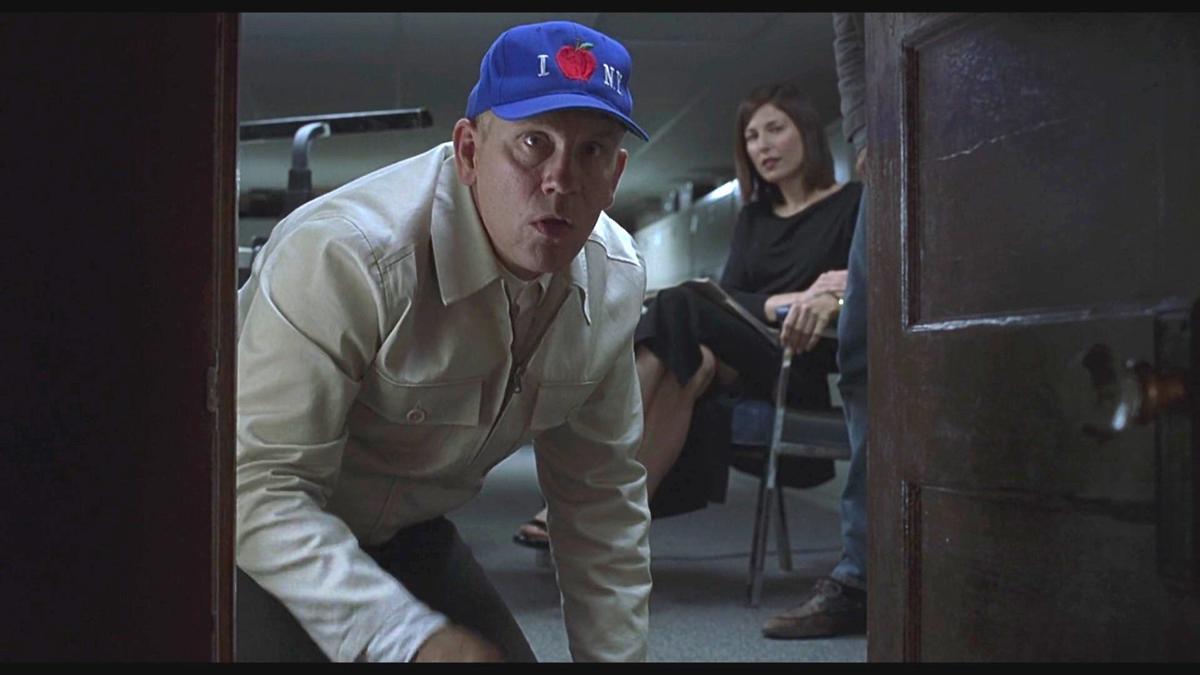 John Cusack appears in a scene from “Being John Malkovich.”

John Cusack, left, and Cameron Diaz appear in a scene from “Being John Malkovich.”

Catherine Keener, left, and John Cusack appear in a scene from “Being John Malkovich.”

John Cusack appears in a scene from “Being John Malkovich.”

There’s something about the name John Malkovich, before even contemplating the man who carries it. It has a way of rolling off the tongue, the most mundane of given names leading to the exotic, Eastern European surname. Repeated in succession, Malkovich quickly takes on a surreal, almost absurd quality, alternate inflections turning it into a language of its own.

Then there’s the actor himself, whose resume includes more than 100 screen credits, virtually all of them supporting roles and few of which the average movie-goer probably can recall without consulting IMDb. The term “character actor” seems to have been created for him, leaving the man behind the performer a mystery — if anyone ever bothers to consider him at all.

So what initially may seem a random decision by screenwriter Charlie Kaufman — as if he had plucked a name out of a hat — actually was a very specific choice. Had he gone with a movie star, as at least one studio executive suggested, the results would have been wildly different. It feels unlikely that I would be writing about “Being Tom Cruise” two decades after its release. “Being John Malkovich,” on the other hand, remains as singular an experience in 2019 as it was in 1999.

Transitioning from the world of music videos and commercials, Spike Jonze, whom we met earlier in this series as an actor in “Three Kings,” made his feature directing debut with the endlessly imaginative “Being John Malkovich.” It also was the first film for Kaufman, who had written only for TV at the time, and it’s clear the two novices had no intention of playing by any sort of rules or creating an easily marketable product.

Unlike so many other movies, which unveil most of their creativity in the first act then play out according to their established rules and a familiar set of story beats, “Malkovich” continues to surprise at nearly every turn.

The film’s ostensible protagonist — though it’s debatable who the protagonist really is or if there even is one — is a sad sack puppeteer, and it’s a toss-up between John Cusack’s Craig Schwartz and Matthew Broderick’s Jim McAllister of “Election” for the title of most pathetic male lead of 1999. Craig’s puppet shows are dark, disturbing creations, which leads to little success as a street performer and, apparently, more than one black eye from enraged fathers. “Nobody’s looking for a puppeteer in today’s wintry economic climate,” he bemoans to his wife, Lotte (an unrecognizable Cameron Diaz), as he lies on the couch in their apartment overflowing with animal refugees — Lotte works at a pet store — some of which have deeply rooted psychological issues.

Eventually, Craig takes an interview for a filing clerk position at LesterCorp, housed on the low-ceilinged 7½ floor of the Mertin-Flemmer Building. (The visuals of hunched-over office drones idly going about their work is hilarious no matter how many times Jonze goes back to it.) Fast hands from years of puppeteering land Craig the job, and he almost instantly throws himself at new co-worker Maxine (Catherine Keener), who, as a sensible woman, does not return his affections. Her immediate reply when, out for a drink, Craig tells her he’s a puppeteer: “Check, please!” Their relationship quickly grows more complicated, though.

At work, behind a filing cabinet, Craig finds a small door. Curious, he crawls inside. The door slams shut, he’s whisked down a tunnel and suddenly he’s seeing through the eyes of another — actor of stage and screen John Malkovich (playing himself). He’s merely an observer as Malkovich goes about his daily routine, and after 15 minutes, he’s deposited on the side of the New Jersey Turnpike. The experience is exhilarating, and Craig and Maxine are quick to monetize it, offering others a chance to be someone else, a quarter of an hour at a time, for $200 a pop.

Catching wind of the scheme, Lotte takes a ride in Malkovich just as he’s having an in-the-flesh encounter with Maxine. She emerges transformed, in love with Maxine — possibly a lesbian, maybe a transsexual. Jealousy destroys the Schwartzes’ marriage — not that it was in good shape to begin with — and Craig finds a way to take up permanent residence inside Malkovich, controlling him as just another puppet and using his notoriety as an actor to take his puppetry career to new heights.

I’ll stop here, because even after 20 years, there are delights I don’t want to spoil, such as what happens when Malkovich enters the portal into his own head or a chase scene through the long-buried memories of Malkovich’s subconscious mind.

Cusack and Diaz give tremendously un-self-conscious performances, throwing aside their status as movie stars and diving headlong into the material. For Keener, it was a breakout role that landed her the first of two Oscar nominations and a career that has been full of interesting work.

But the actor who needs to be discussed most is Malkovich, who made a brave decision to bring this fictionalized version of himself to the screen under the guidance of a rookie director and writer. Though known, especially at the time, as a serious dramatic actor, he doesn’t shy away from poking fun at himself. In a running joke, no one can recall any of his films, referencing only a nonexistent “jewel thief movie.” And the way he subtly alters his mannerisms and speech when Craig takes over full time is masterful.

I rate Malkovich’s work here among the great performances of the ‘90s, though of course it received no love from the Academy. The movie did pick up nominations for best director, screenplay and supporting actress (Keener), though in a year in which Michael Caine took home the best supporting actor award for “The Cider House Rules,” it’s clear the Academy wasn’t ready for “Malkovich.” Two decades later, it probably still isn’t.

The movie received a limited theatrical release starting in October 1999, and on the strength of critical acclaim, grossed a respectable $22.8 million at the box office. (Its budget was $13 million.)

Jonze has directed only three features in the past 20 years, successfully reuniting with Kaufman for 2002’s bizarre and ambitious “Adaptation” and winning an Oscar for the original screenplay of “Her” (2013). Kaufman, too, went on to Oscar gold for his part in co-writing the screenplay of “Eternal Sunshine of the Spotless Mind” (2004).

“Being John Malkovich” likely will be the defining film for both, however. Though it doesn’t have much to say, other than the fairly obvious observation that most people would like an opportunity to see through someone else’s eyes, the story it’s telling, and the way it tells it, is full of unexpected joys. There hasn’t been another film like it, before or since. It’s the rare piece of popular entertainment that is truly unique.