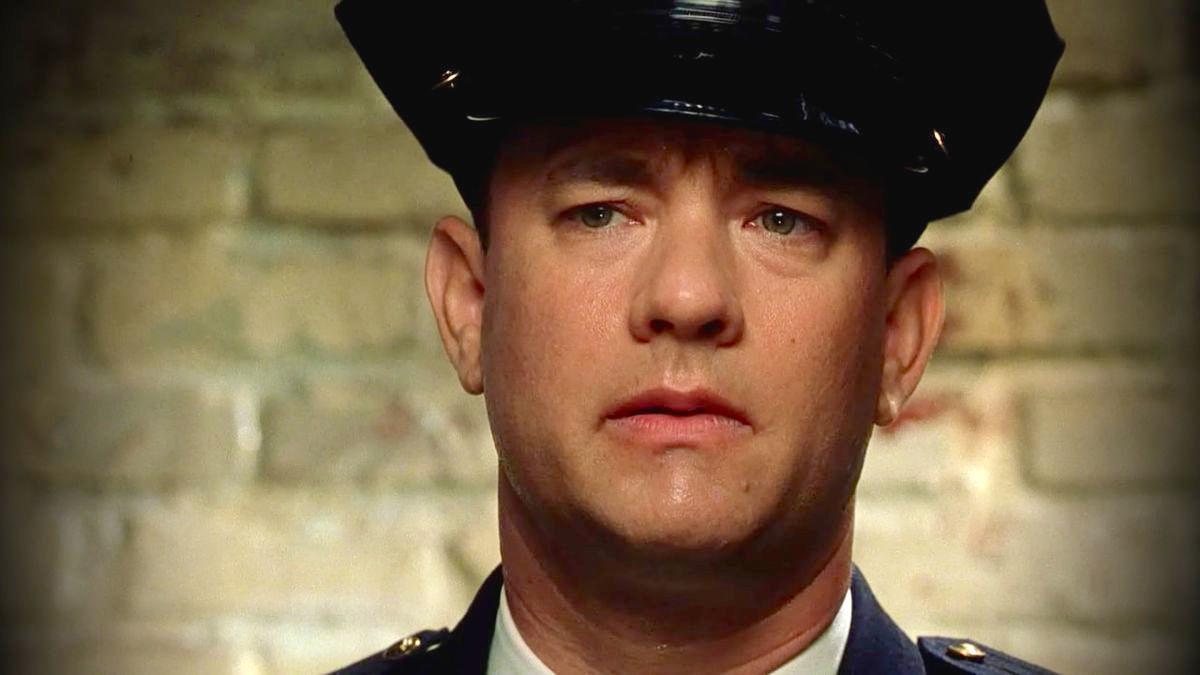 Tom Hanks appears in a scene from “The Green Mile.” 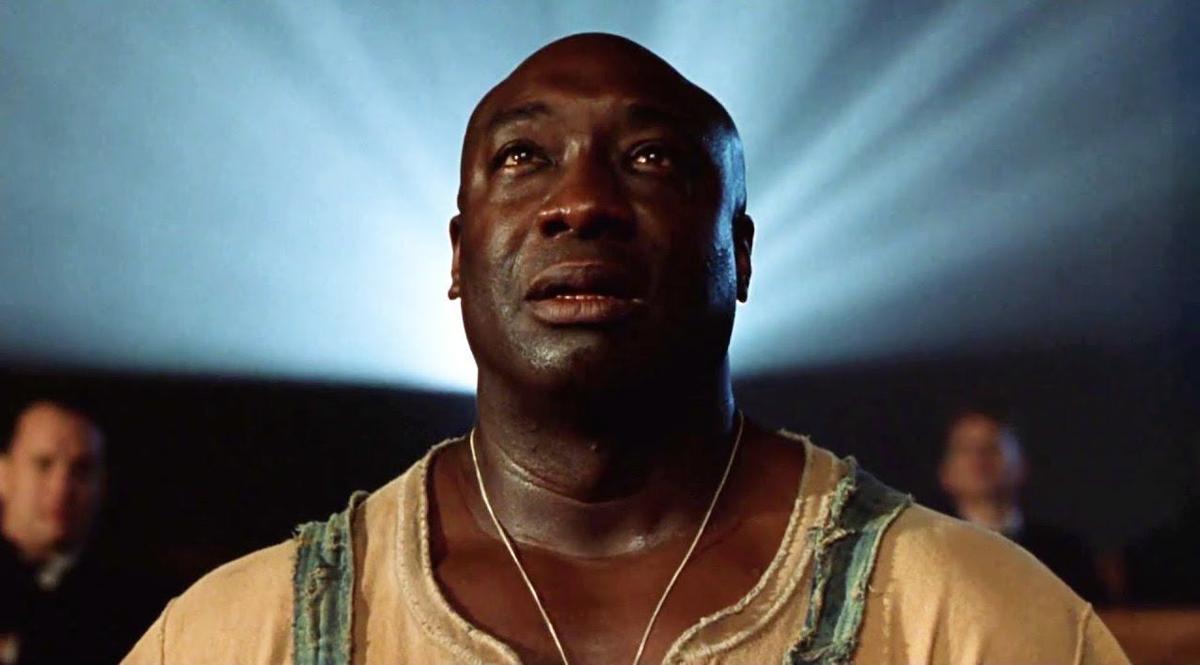 Michael Clarke Duncan appears in a scene from “The Green Mile.” 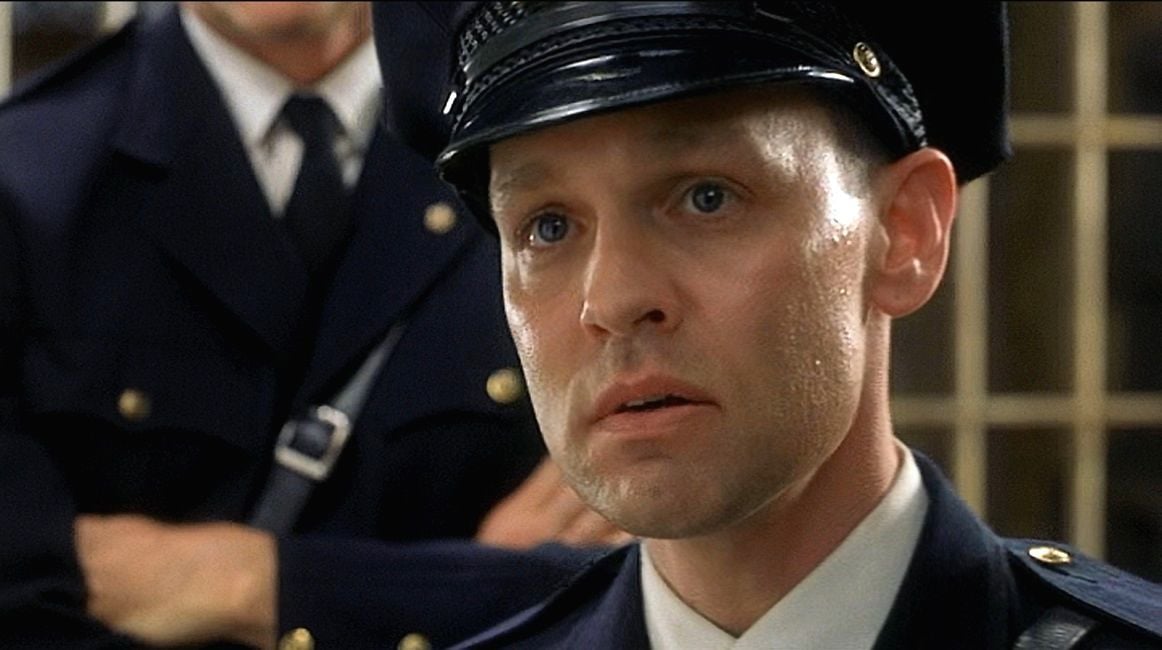 Doug Hutchison appears in a scene from “The Green Mile.”

Tom Hanks appears in a scene from “The Green Mile.”

Michael Clarke Duncan appears in a scene from “The Green Mile.”

Doug Hutchison appears in a scene from “The Green Mile.”

Before he was the man who brought “The Walking Dead” to the small screen — and was given the boot after just one season as showrunner — Frank Darabont was the movies’ foremost adapter of Stephen King.

He’s best known, of course, for turning an obscure novella with a terrible title into “The Shawshank Redemption” (1994), one of the most beloved films of the ‘90s. In 2007, he tackled another King novella, “The Mist,” getting back to his horror roots and blindsiding viewers with a sadistic ending that diverges from the source material.

Running more than three hours, Darabont’s film overlong, slavishly loyal to King’s book and shamelessly sentimental, yet it’s a wonderful, moving film for all those reasons.

Told in flashback by an elderly Paul Edgecomb (Dabbs Greer), the story is set at a Louisiana prison in 1935, when Paul was the supervisor of E Block, aka death row, aka the “green mile,” so named for a floor the color of faded limes. We know instantly Paul is a decent sort, because he’s played as a middle-aged man by Tom Hanks. Fellow prison guards Brutus “Brutal” Howell (David Morse), Dean Stanton (Barry Pepper) and Harry Terwilliger (Darabont regular Jeffrey DeMunn) are a like-minded, congenial bunch that’s probably as much a fantasy as anything else that occurs in the movie.

E Block, under Paul’s watch, is a quiet, almost peaceful place, if you don’t think about the reason for its existence. “Men under strain can snap — hurt themselves, hurt others,” Paul says. “That’s why our job is talking, not yelling. You’ll do better to think of this place like an intensive care ward in a hospital.”

Young Percy Wetmore (Doug Hutchison) doesn’t see it that way. With connections in the state government, he has his pick of jobs, yet he chooses death row, which offers an easy outlet for his cruelty and the opportunity for what he really wants — to see an execution up close.

“The man is mean, careless and stupid,” Paul says. “Bad combination in a place like this.”

The newest inmate is the hulking John Coffey (Michael Clarke Duncan), a black man convicted of raping and murdering two white girls. It is immediately clear he’s of a simple mind, and his nature is so gentle that it becomes increasingly obvious he isn’t capable of committing the atrocity for which he’s been condemned to die. And then there is his mysterious gift, which we first see after Percy callously stomps on Mr. Jingles, a mouse trained by prisoner Eduard Delacroix (Michael Jeter). This gives Paul an idea about the warden’s (James Cromwell) terminally ill wife (Patricia Clarkson).

The movie unfolds at a leisurely pace, especially in its first act. Darabont lets us fall into the easy rhythms of life on E Block, which makes the disruptions by Percy and another new prisoner, William “Wild Bill” Wharton (Sam Rockwell), even more jarring. Acquainting the audience so deeply with the characters and setting almost makes us feel like we’re one of the guards, working alongside Paul, Brutal, Harry and Dean, and the outpouring of emotion the movie eventually elicits is for them and what they must do as much as anything else.

Starting with Hanks, who’s been so great for so long I think we often take him for granted, the cast is uniformly excellent. It’s hard to think of a character more worthy of revulsion than Hutchison’s weaselly, sniveling Percy, while Rockwell, in his first major role, is a like a firecracker, setting the movie ablaze with a whole new energy when he’s dragged in at about the halfway point.

John Coffey is almost an afterthought until the unfortunate incident with the mouse, and Duncan’s performance grows in its power as his presence in the film becomes greater and greater. He plays the role with childlike innocence that has withstood the terrible sadness he feels and a wisdom that comes from insight into the ways of the world that only a black man in the Depression-era South could know.

Duncan gives a towering performance in ways unrelated to his physical stature. It’s beautiful and heartbreaking, summarized by his “tired” speech to Paul, words that probably will ring true for as long as we exist as a species: “Mostly, I’m tired of people being ugly to each other. I’m tired of all the pain I feel and hear in the world every day. There’s too much of it.”

“The Green Mile” was a hit with audiences — especially so given its three-hour-plus running time — grossing $286 million at the worldwide box office. It also scored with critics, earning a 79% “fresh” rating on the Tomatometer and picking up four Oscar nominations — best picture, supporting actor (Duncan), adapted screenplay and sound.

Surprisingly, Darabont has directed only two features since the release of “The Green Mile” 20 years ago — the Capra-esque misfire “The Majestic” (2001) starring Jim Carrey and the aforementioned King adaptation “The Mist.” He’s spent more time working in TV, where his credits include “The Shield,” “The Walking Dead” and “Mob City.”

Making any movie is a long, hard process, and I can only imagine how emotionally draining it must be to spend years working on pictures such as “The Green Mile” and “The Shawshank Redemption.” So perhaps it makes sense that Darabont largely has shied away from the big screen in the past two decades.

“The Green Mile” is unapologetic as it tugs hard on the viewer’s emotions, and it earns every last tear that falls.

Rated R for violence, language and some sex-related material. 188 minutes.

Written for the screen and directed by: Frank Darabont

Based on the novel by: Stephen King

MPAA rating: R for violence, language and some sex-related material