Tom Cruise, left, and Jason Robards appear in a scene from “Magnolia.”

Tom Cruise appears in a scene from “Magnolia.” 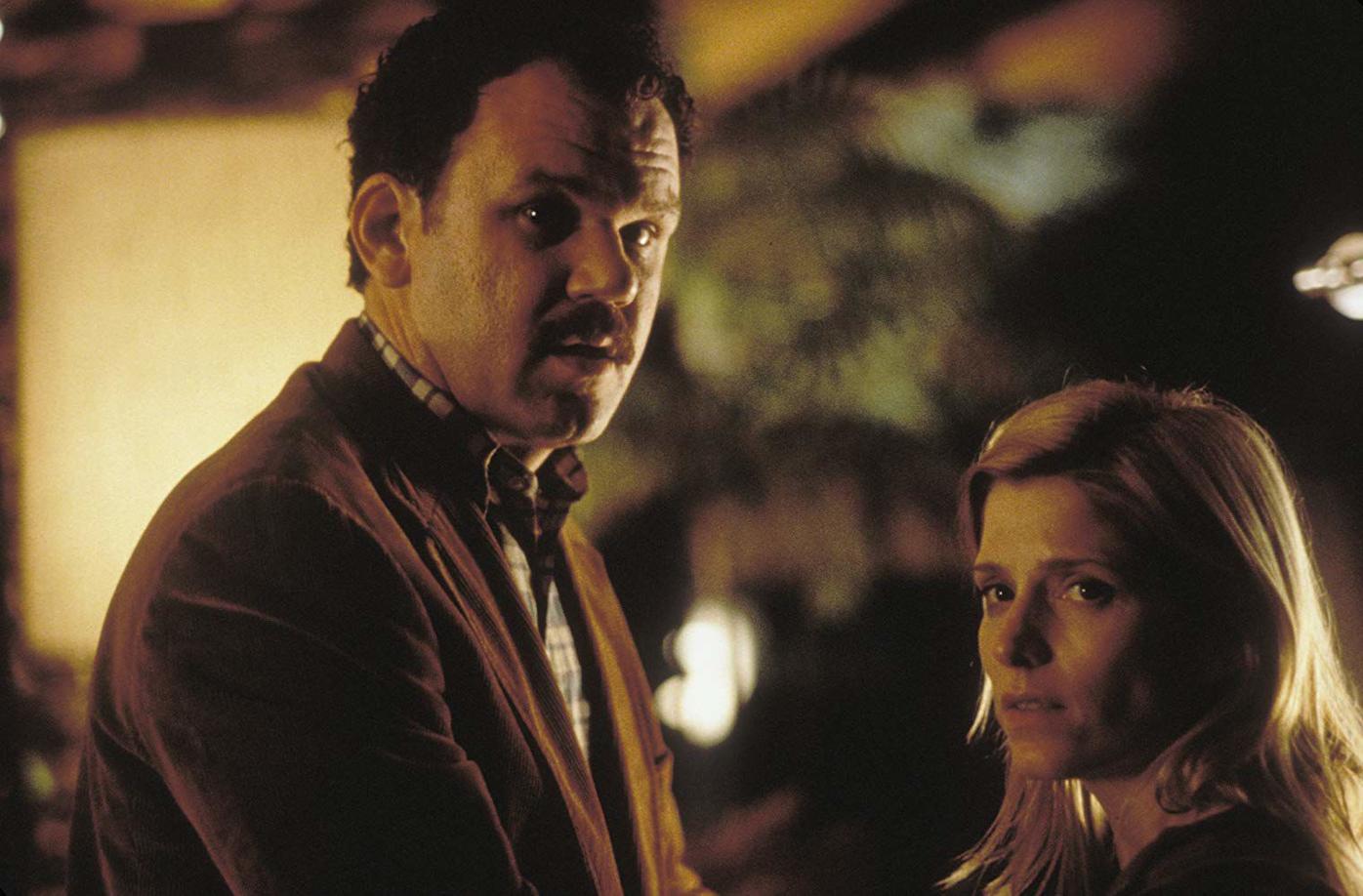 John C. Reilly, left, and Melora Walters appear in a scene from “Magnolia.”

William H. Macy appears in a scene from “Magnolia.” 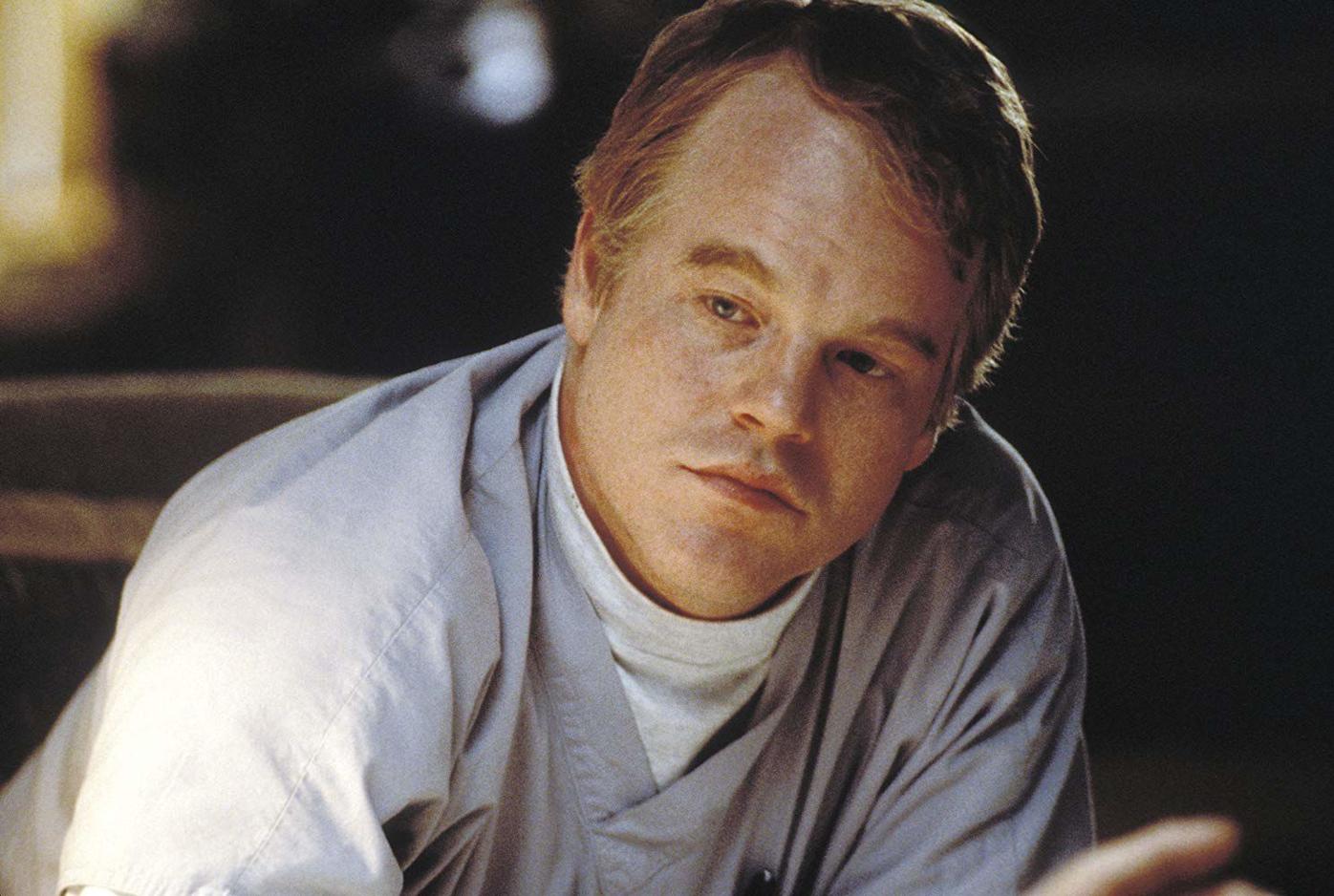 Philip Seymour Hoffman appears in a scene from “Magnolia.”

Jeremy Blackman appears in a scene from “Magnolia.”

Tom Cruise, left, and Jason Robards appear in a scene from “Magnolia.”

Tom Cruise appears in a scene from “Magnolia.”

John C. Reilly, left, and Melora Walters appear in a scene from “Magnolia.”

William H. Macy appears in a scene from “Magnolia.”

Philip Seymour Hoffman appears in a scene from “Magnolia.”

Jeremy Blackman appears in a scene from “Magnolia.”

It might be easy for some to dismiss “Magnolia,” writer-director Paul Thomas Anderson’s follow-up to “Boogie Nights” (1997), as overlong, self-indulgent and pretentious. And it kind of is all those things. It’s also epic and operatic as it weaves together the lives of a handful of sad, struggling souls through one day in Los Angeles.

The movie, as succinctly told in the mini-documentary that opens it, posits that coincidences aren’t really coincidences at all but part of a larger series of connected events.

So, a TV game show host (Philip Baker Hall) may have done unspeakable things to his daughter (Melora Walters), who’s now a drug addict traversing a series of one-night stands. A kindly but lonely police officer (John C. Reilly) investigates a noise complaint at her home, and the two wind up on a date later that night. After that date, the officer stops a man (William H. Macy) from breaking into what had been, until earlier that day, his place of employment. That man, now an alcoholic desperate for love and approval, once was known as “Quiz Kid Donnie Smith,” a record-setting contestant on the TV game show “What Do Kids Know?” The current child star of the program (Jeremy Blackman), on the verge of surpassing Donnie’s record, is tired of the spotlight, tired of the pressure, tired of his domineering dad (Michael Bowen) and really needs to use the bathroom. An old man (Jason Robards) lies in a bed, dying of cancer, while his much younger wife (Julianne Moore) finds a pharmaceutically induced clarity and admits she didn’t love him when they married. The man abandoned his first family years ago, and his estranged son (Tom Cruise) grew up to become a misogynist who leads seminars to teach men how to prey on women. As the dying man nears the end, his dutiful caregiver (Philip Seymour Hoffman) tries to track his son down. The old man, by the way, is a producer of TV shows, including “What Do Kids Know?”

“We may be through with the past, but the past ain’t through with us.” Anderson uses the line as a refrain as the elder characters bury themselves in regret and the younger struggle to free themselves from the sins those they trusted committed unto them. Fathers, in particular, are at fault here, philandering or worse.

While most of the characters range from unpleasant to despicable, Anderson declines to pass real judgment, instead presenting them as products of lifetimes of choices and often unintended consequences. He connects all the major players in a third-act singalong to Aimee Mann’s “Wise Up,” an only-in-the-movies moment to be sure but one that hammers home the themes and ends with hope from an unlikely source.

There are two beacons of light: Jim Kurring, the cop who may be bad at his job but has genuine empathy for those he encounters, and Phil Parma, the hospice nurse who spends all day trying to fulfill what he believes is a dying man’s last wish. Anderson cast Reilly and Hoffman against type at the time, and they give what could be the movie’s two most important performances, providing its heart and serving other characters opportunities for redemption.

Speaking of “against type,” Cruise gives the movie’s flashiest performance as the sleazier than sleazy men’s self-help guru Frank T.J. Mackey. He’s all chest-thumping bravado on stage at his “Seduce and Destroy” seminar, then a TV interviewer (April Grace) gradually breaks him down with questions about his past, which quite literally catches up to him when Phil is able finally to get him on the phone. The performance earned Cruise the third Oscar nomination of his career, this one for best supporting actor, but the Academy could have listed the names of the entire principal cast, thrown a dart and nominated whoever it hit, and he or she would have been deserving.

While it was a critical hit (83% “fresh” on the Tomatometer), “Magnolia” produced only middling box office returns — about $48 million worldwide on a $37 million budget. That’s not surprising considering the three-hour-plus running time, a plot that defies easy description and the deliberate downplaying of its biggest star (Cruise) in promotional materials.

Anderson, who has had continued success with films such as “There Will Be Blood” (2007) and “Phantom Thread” (2017) in the two decades since “Magnolia’s” release, scored an Oscar nomination for his original screenplay, befitting a movie that is a showcase of writing and acting. But it’s more than that. Its power comes from the way Anderson ties it all together, linking characters who never meet through cross-cutting and music, both Jon Brion’s original score and Aimee Mann’s songs. (Mann picked up the movie’s third Oscar nomination for her song “Save Me.”)

Though it follows a linear chronology, the structure feels more circular as connections between characters are revealed and created. Actions have consequences, a cause and effect that continue to reverberate years and even decades down the line, and there’s no knowing who might end up in their path. And so it goes.

Rated R for strong language, drug use, sexuality and some violence. 188 minutes.

MPAA rating: Rated R for strong language, drug use, sexuality and some violence