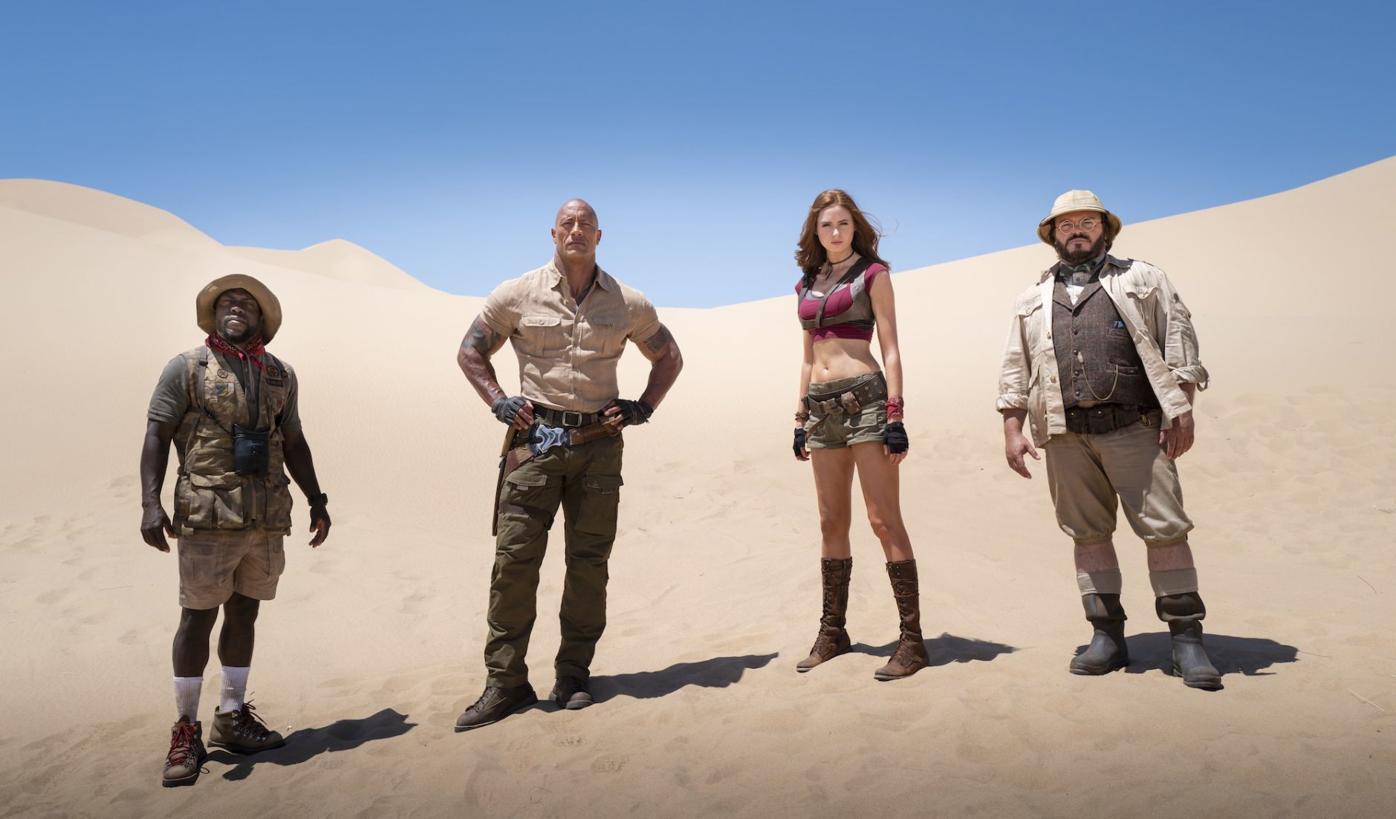 From left, Kevin Hart, Dwayne Johnson, Karen Gillan and Jack Black appear in a scene from “Jumanji: The Next Level.” 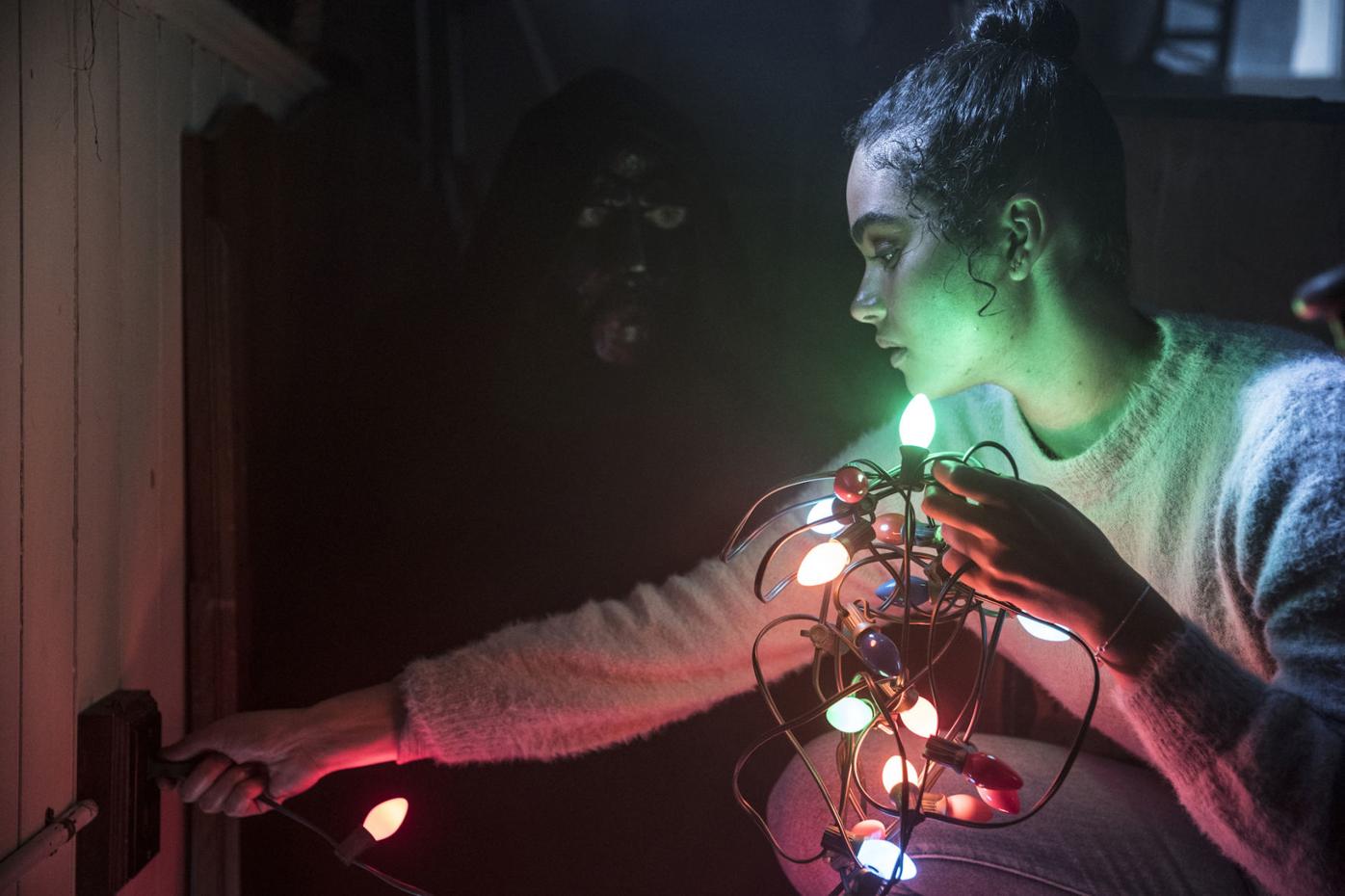 Brittany O’Grady appears in a scene from “Black Christmas.”

From left, Kevin Hart, Dwayne Johnson, Karen Gillan and Jack Black appear in a scene from “Jumanji: The Next Level.”

Brittany O’Grady appears in a scene from “Black Christmas.”

21 BRIDGES (R) — An embattled NYPD detective (Chadwick Boseman) is thrust into a citywide manhunt for a pair of cop killers after uncovering a massive and unexpected conspiracy. Rated R for violence and language throughout. 99 minutes. At Annapolis Mall, Regal Salisbury 16.

THE AERONAUTS (PG-13) — Pilot Amelia Rennes (Felicity Jones) and scientist James Glaisher (Eddie Redmayne) find themselves in a fight for survival while trying to make discoveries in a gas balloon. Rated PG-13 for some peril and thematic elements. 100 minutes. At Annapolis Mall.

A BEAUTIFUL DAY IN THE NEIGHBORHOOD (PG) — The true story of a real-life friendship between Fred Rogers (Tom Hanks) and journalist Tom Junod (Matthew Rhys). Rated PG for some strong thematic material, a brief fight and some mild language. 108 minutes. Greg’s Grade: A-. At Chesapeake Movies, Annapolis Harbour 9, Regal Salisbury 16.

JUMANJI: THE NEXT LEVEL (PG-13) — As they return to rescue one of their own, the players will have to brave parts unknown, from arid deserts to snowy mountains, to escape the world’s most dangerous game. With Dwayne Johnson, Karen Gillan, Jack Black, Kevin Hart. Rated PG-13 for adventure action, suggestive content and some language. 123 minutes. At Easton Premier Cinemas, Cambridge Premier Cinemas, Chesapeake Movies, Annapolis Mall, Regal Salisbury 16.

RICHARD JEWELL (R) — Security guard Richard Jewell (Paul Walter Hauser) saves thousands of lives from an exploding bomb at the 1996 Olympics but is vilified by journalists and the press who falsely report he is a terrorist. With Sam Rockwell, Olivia Wilde. Directed by Clint Eastwood. Rated R for language including some sexual references and brief bloody images. 129 minutes. At Annapolis Harbour 9, Regal Salisbury 16.

WAVES (R) — Traces the journey of a suburban family, led by a well-intentioned but domineering father (Sterling K. Brown), as they navigate love, forgiveness and coming together in the aftermath of a loss. Rated R for language throughout, drug and alcohol use, some sexual content and brief violence — all involving teens. 135 minutes. Greg’s Grade: A. At Annapolis Harbour 9.