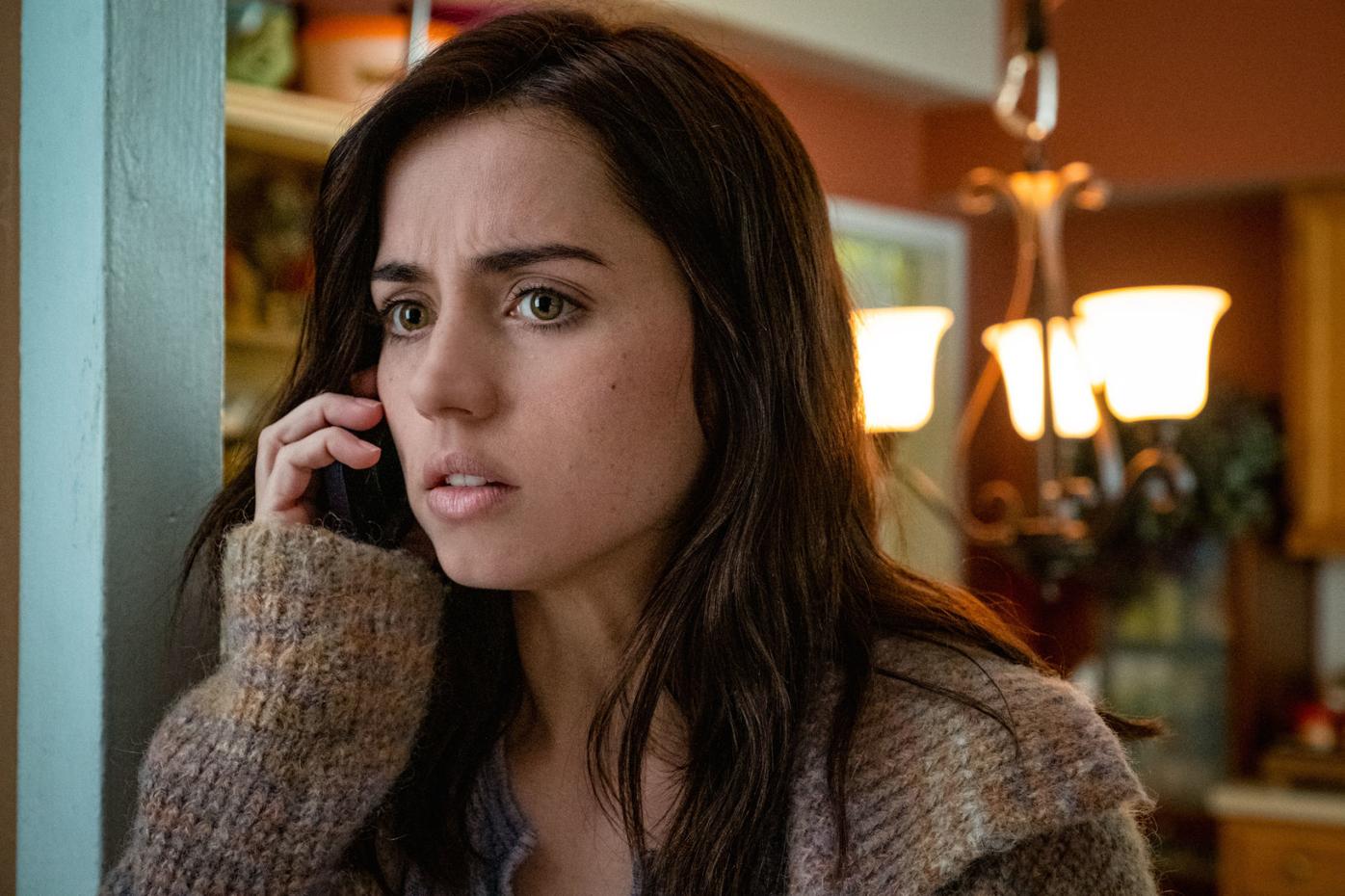 Ana de Armas appears in a scene from “Knives Out.” 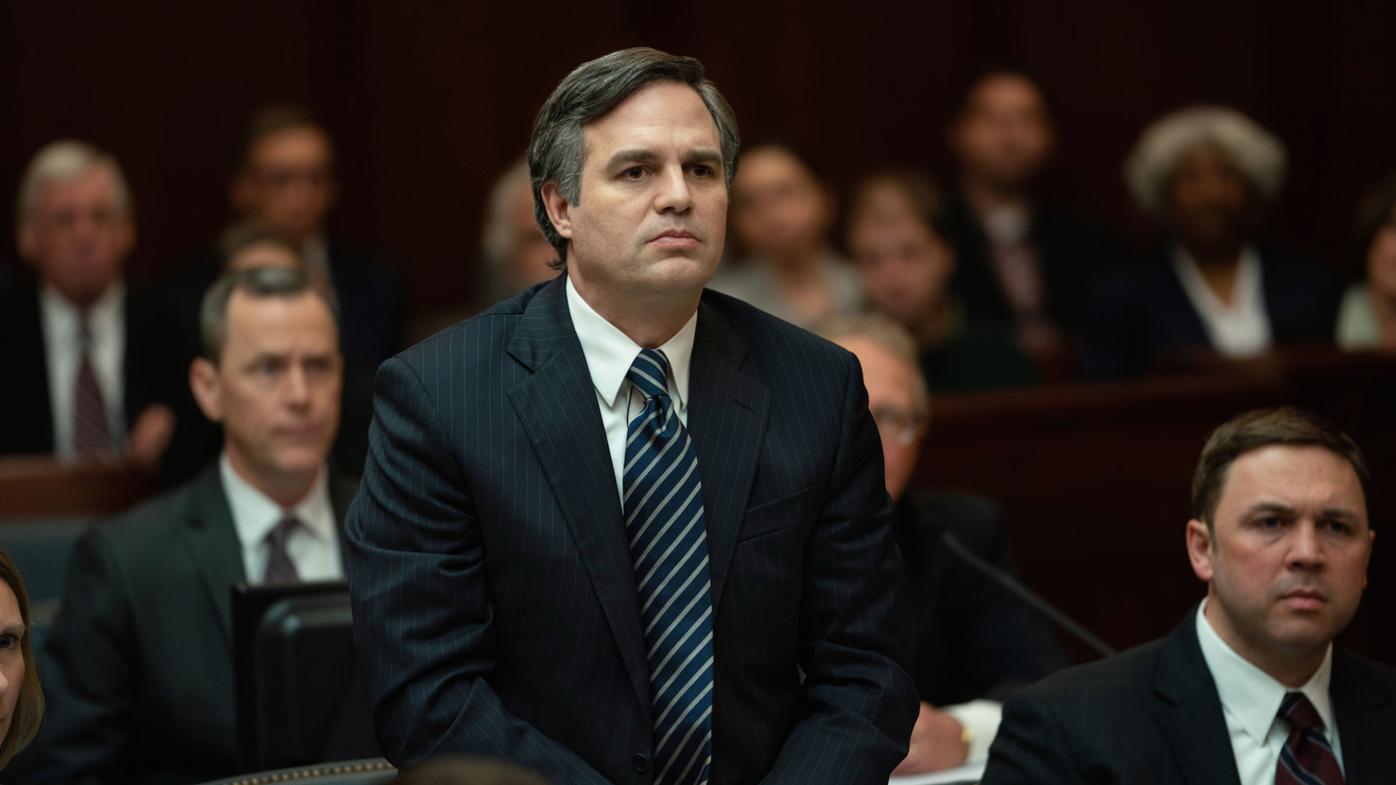 Mark Ruffalo appears in a scene from “Dark Waters.”

Ana de Armas appears in a scene from “Knives Out.”

Mark Ruffalo appears in a scene from “Dark Waters.”

21 BRIDGES (R) — An embattled NYPD detective (Chadwick Boseman) is thrust into a citywide manhunt for a pair of cop killers after uncovering a massive and unexpected conspiracy. Rated R for violence and language throughout. 99 minutes. At Cambridge Premier Cinemas, Annapolis Mall, Regal Salisbury 16.

THE ADDAMS FAMILY (PG) — The Addams family encounters a shady TV personality who despises their eerie hilltop mansion. Animated. Rated PG for macabre and suggestive humor, and some action. 87 minutes. At Regal Salisbury 16.

THE AERONAUTS (PG-13) — Pilot Amelia Rennes (Felicity Jones) and scientist James Glaisher (Eddie Redmayne) find themselves in a fight for survival while trying to make discoveries in a gas balloon. Rated PG-13 for some peril and thematic elements. 100 minutes. At Annapolis Mall.

DOCTOR SLEEP (R) — Years following the events of “The Shining,” a now-adult Dan Torrance (Ewan McGregor) tries to protect a young girl (Kyliegh Curran) with similar powers from a cult known as the True Knot. Based on the novel by Stephen King. Rated R for disturbing and violent content, some bloody images, language, nudity and drug use. 151 minutes. Greg’s Grade: C-. At Regal Salisbury 16.

HOLD ON (PG-13) — Fighting to keep her dreams alive and save her brother from a life of addiction on Los Angeles’ Skid Row, an overlooked singing prodigy (Micayla De Ette) embarks on an unlikely journey with the son (Tarek Tohme) of a famed music manager. Rated PG-13 for a scene of violence, thematic elements and some language. 106 minutes. At Regal Salisbury 16.

HONEY BOY (R) — A young actor’s stormy childhood (Noah Jupe) and early adult years (Lucas Hedges) as he struggles to reconcile with his father (Shia LaBeouf) and deal with his mental health. Rated R for pervasive language, some sexual material and drug use. 94 minutes. At Annapolis Harbour 9, Regal Salisbury 16.

PARASITE (R) — All unemployed, Ki-taek’s (Kang-ho Song) family takes peculiar interest in the wealthy and glamorous Parks for their livelihood until they get entangled in an unexpected incident. From South Korea. Rated R for language, some violence and sexual content. 132 minutes. At Annapolis Harbour 9.

WAVES (R) — Traces the journey of a suburban family, led by a well-intentioned but domineering father (Sterling K. Brown), as they navigate love, forgiveness and coming together in the aftermath of a loss. Rated R for language throughout, drug and alcohol use, some sexual content and brief violence — all involving teens. 135 minutes. At Annapolis Harbour 9.