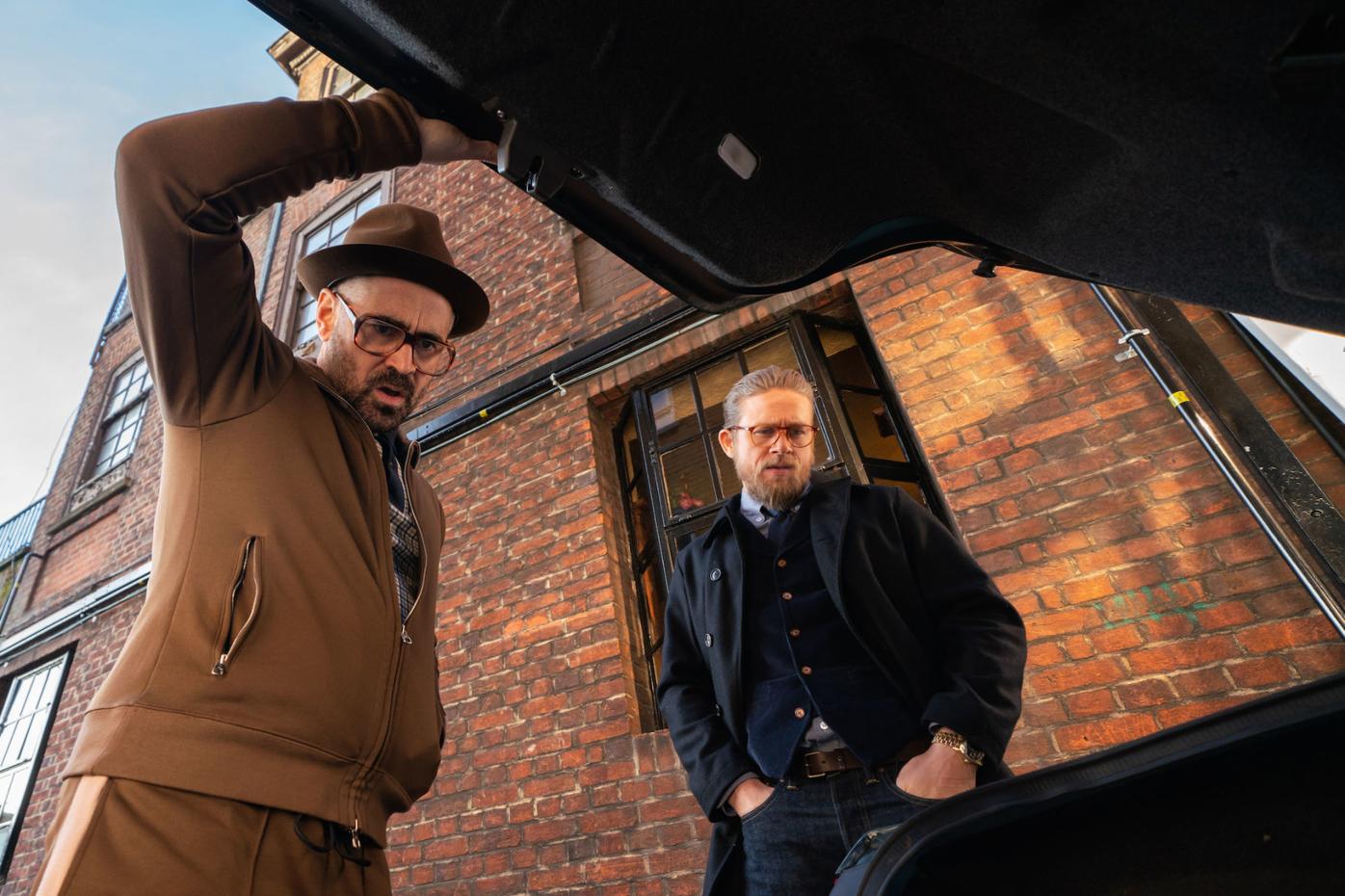 Colin Farrell, left, and Charlie Hunnam appear in a scene from “The Gentlemen.” 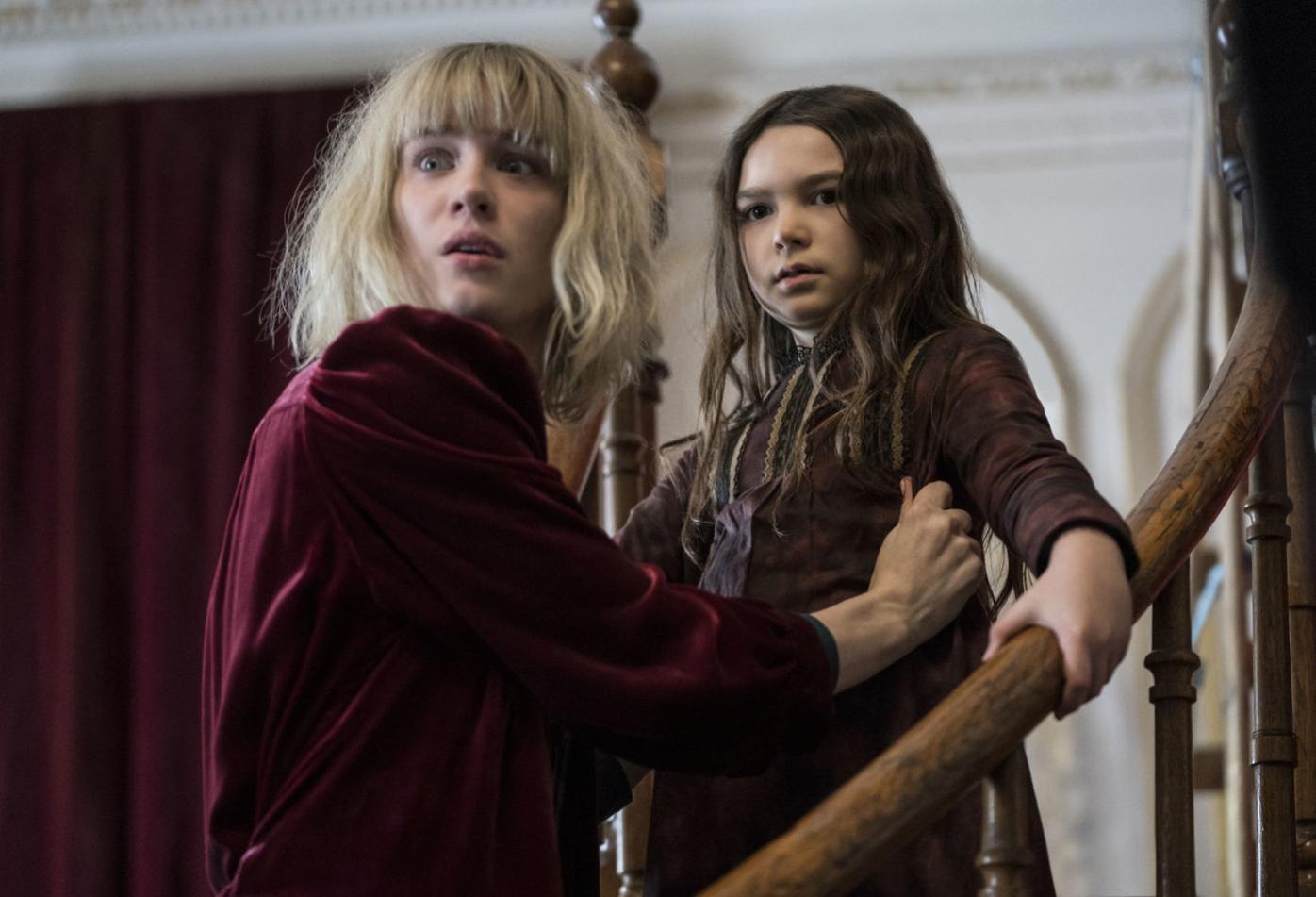 Mackenzie Davis, left, and Brooklynn Prince appear in a scene from “The Turning.”

Colin Farrell, left, and Charlie Hunnam appear in a scene from “The Gentlemen.”

Mackenzie Davis, left, and Brooklynn Prince appear in a scene from “The Turning.”

BOMBSHELL (R) — A group of women takes on Fox News head Roger Ailes (John Lithgow) and the toxic atmosphere he presided over at the network. With Charlize Theron, Nicole Kidman, Margot Robbie. Rated R for sexual material and language throughout. 108 minutes. At Annapolis Harbour 9.

CLEMENCY (R) — As she prepares to execute another inmate, Bernadine (Alfre Woodard) must confront the psychological demons her job creates, ultimately connecting her to the man (Aldis Hodge) she is sanctioned to kill. Rated R for some disturbing material and language. 112 minutes. At Annapolis Harbour 9.

FORD V FERRARI (PG-13) — American car designer Carroll Shelby (Matt Damon) and English driver Ken Miles (Christian Bale) battle corporate interference, the laws of physics and their own personal demons to build a revolutionary race car for Ford and challenge Ferrari at the 24 Hours of Le Mans in 1966. Rated PG-13 for some language and peril. 152 minutes. At Annapolis Harbour 9.

THE GENTLEMEN (R) — When word gets out that American expat Mickey Pearson (Matthew McConaughey) is looking to cash out his London marijuana empire, it triggers plots, schemes, bribery and blackmail in an attempt to steal his domain out from under him. With Charlie Hunnam, Colin Farrell, Hugh Grant. Written and directed by Guy Ritchie. Rated R for violence, language throughout, sexual references and drug content. 113 minutes. At Annapolis Mall, Regal Salisbury 16.

THE GRUDGE (R) — A house is cursed by a vengeful ghost that dooms those who enter it with a violent death. Rated R for disturbing violence and bloody images, terror and some language. 93 minutes. At Regal Salisbury 16.

JUMANJI: THE NEXT LEVEL (PG-13) — As they return to rescue one of their own, the players will have to brave parts unknown from arid deserts to snowy mountains, to escape the world’s most dangerous game. With Dwayne Johnson, Karen Gillan, Jack Black, Kevin Hart. Rated PG-13 for adventure action, suggestive content and some language. 123 minutes. At Annapolis Mall, Regal Salisbury 16.

LITTLE WOMEN (PG) — Four sisters come of age in America in the aftermath of the Civil War. With Saoirse Ronan, Emma Watson, Meryl Streep. Directed by Greta Gerwig. Based on the novel by Louisa May Alcott. Rated PG for thematic elements and brief smoking. 134 minutes. At Chesapeake Movies, Annapolis Harbour 9, Regal Salisbury 16.

PARASITE (R) — All unemployed, Ki-taek’s (Kang-ho Song) family takes peculiar interest in the wealthy and glamorous Parks for their livelihood until they get entangled in an unexpected incident. From South Korea. Rated R for language, some violence and sexual content. 132 minutes. At Annapolis Harbour 9, Regal Salisbury 16.

SPIES IN DISGUISE (PG) — When the world’s best spy (voiced by Will Smith) is turned into a pigeon, he must rely on his nerdy tech officer (voiced by Tom Holland) to save the world. Rated PG for action, violence and rude humor. 101 minutes. At Annapolis Mall.

THE TURNING (PG-13) — A young governess (Mackenzie Davis) is hired to care for two orphans (Finn Wolfhard, Brooklyn Prince). Based on the 1898 novel “The Turn of the Screw” by Henry James. Rated PG-13 for terror, violence, disturbing images, brief strong language and some suggestive content. 94 minutes. At Annapolis Mall, Regal Salisbury 16.

UNCUT GEMS (R) — A New York City jeweler (Adam Sandler), always on the lookout for the next big score, makes a series of high-stakes bets that could lead to the windfall of a lifetime. Rated R for pervasive strong language, violence, some sexual content and brief drug use. 135 minutes. At Annapolis Harbour 9.

UNDERWATER (PG-13) — A crew of aquatic researchers works to get to safety after an earthquake devastates their subterranean laboratory. With Kristen Stewart, T.J. Miller. Rated PG-13 for sci-fi action and terror, and brief strong language. 95 minutes. At Regal Salisbury 16.