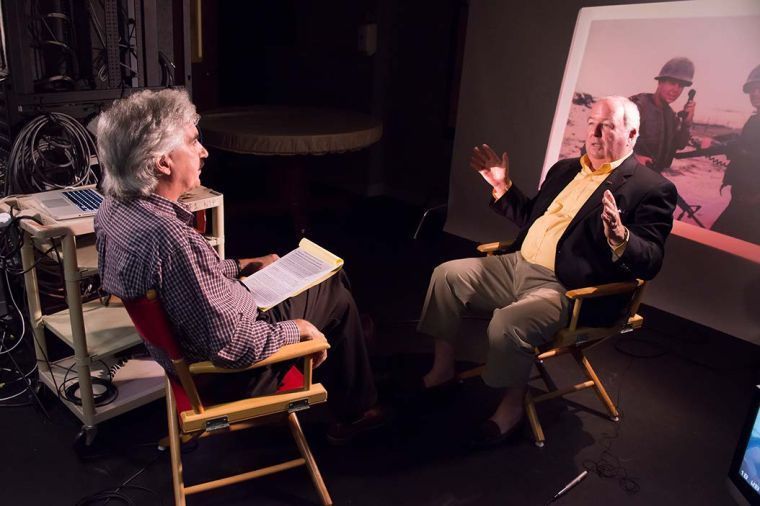 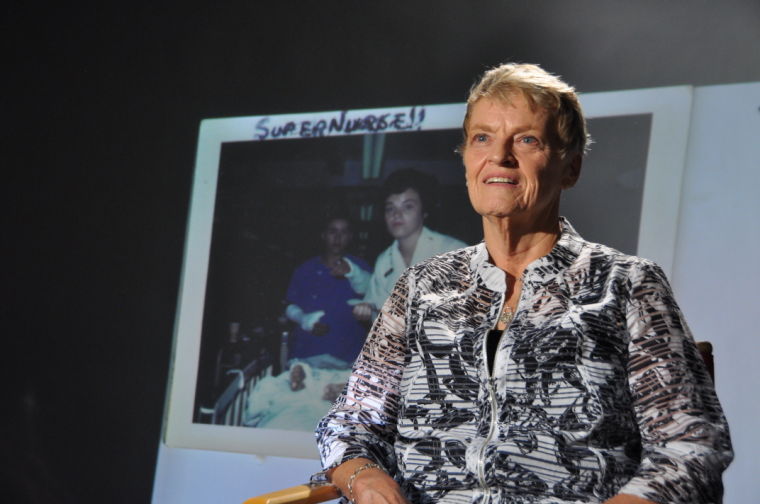 Susan Stuart Miller was taped for the MPT documentary “Maryland Vietnam War Stories” at MPT studios in 2014. Miller was stationed in Guam during the Vietnam War as a U.S. Navy Nurse Corps lieutenant. After 34 years of service, she retired as a captain and today resides in Annapolis. 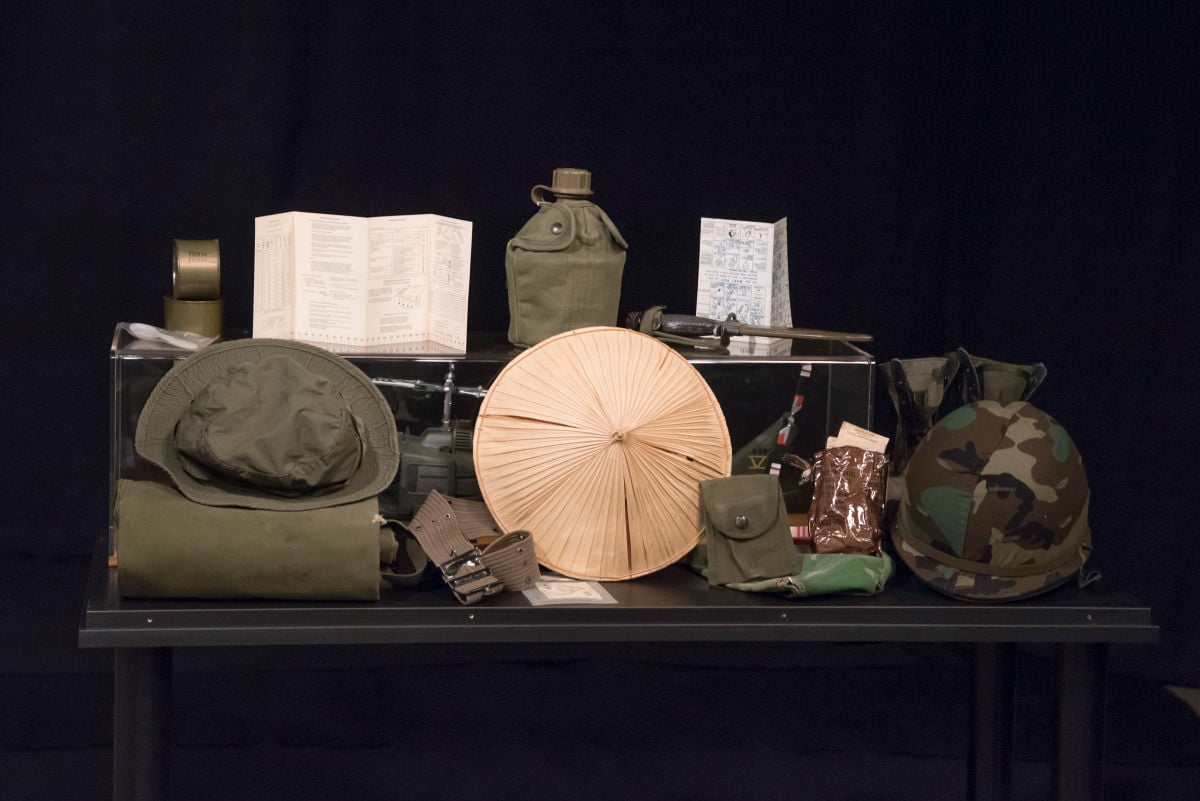 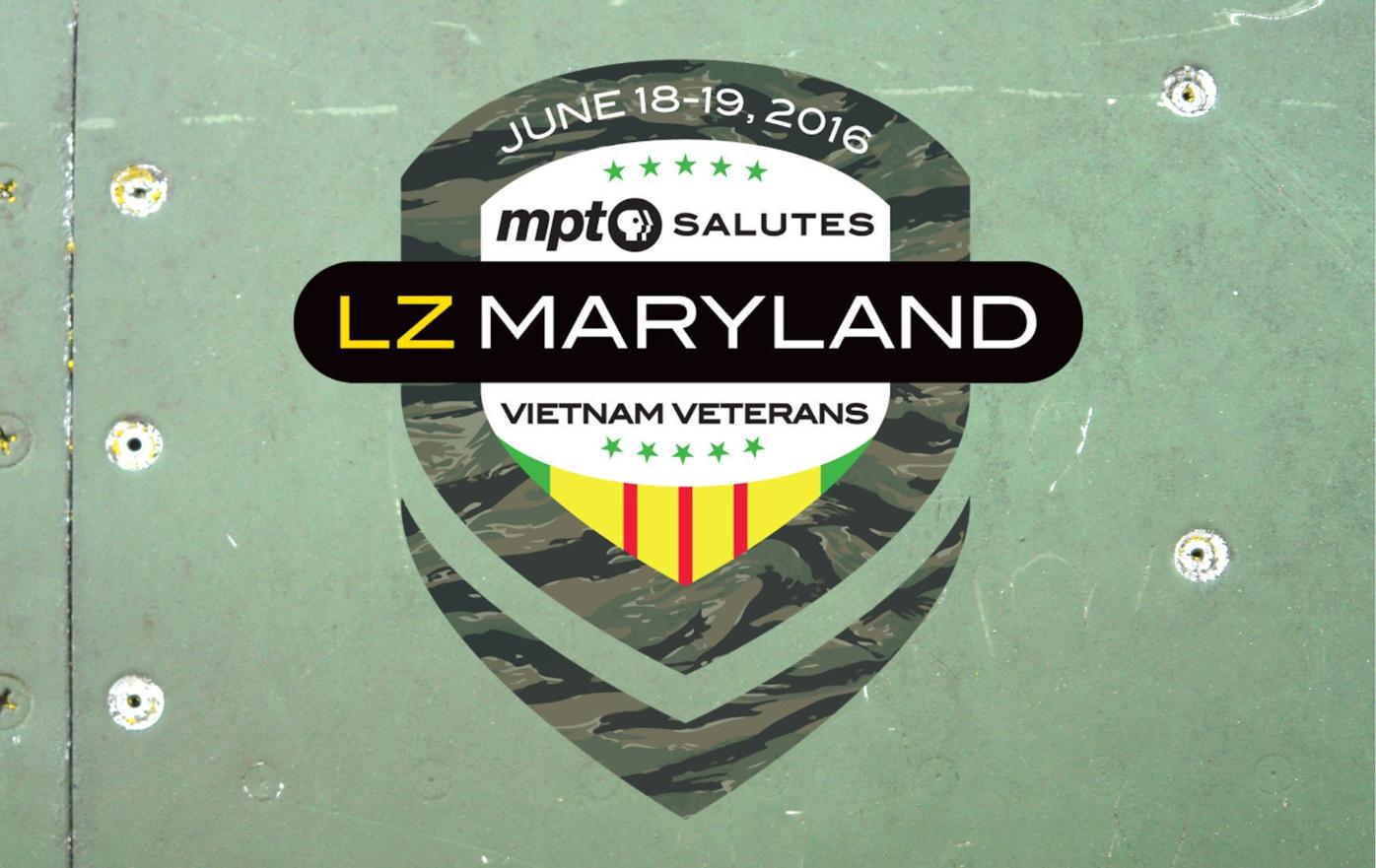 Several thousand people are expected to participate in LZ Maryland in June at the Maryland State Fairgrounds, where Vietnam War veterans will receive the homecoming that they didn’t receive during and after the war.

Susan Stuart Miller was taped for the MPT documentary “Maryland Vietnam War Stories” at MPT studios in 2014. Miller was stationed in Guam during the Vietnam War as a U.S. Navy Nurse Corps lieutenant. After 34 years of service, she retired as a captain and today resides in Annapolis.

Several thousand people are expected to participate in LZ Maryland in June at the Maryland State Fairgrounds, where Vietnam War veterans will receive the homecoming that they didn’t receive during and after the war.

OWINGS MILLS — On June 18 and 19, Maryland Public Television (MPT) will host thousands at the Maryland State Fair Grounds in Timonium for LZ Maryland. The event takes its name from the military term for landing zone, or a safe place to land support aircraft.

The project goes back about four years — the genesis comes out of a similar endeavor from a public television station in Wisconsin.

“They believed that Vietnam veterans had not received their due, the respect and the welcome home that our current military do as they are deployed and return home. They launched a similar initiative with the event LZ Lambeau — conducting it at Lambeau Field where the Green Bay Packers play,” explained Tom Williams, managing director for Maryland Public Television.

LZ Maryland is one component of the arching MPT Salute Vietnam Veterans initiative which included a three-hour documentary “Maryland War Stories,” which premiered on three successive nights on May 24, 25, 26 with a replay planned in June around the LZ Maryland. The documentary also will be shared with public television stations around the country as “America War Stories: Vietnam.”

They began work on the documentary by forming small informal discussion groups of Vietnam veterans. Twenty such “listening sessions” were held around the state over years as organizers prepared the three-hour program to coincide with the 50th anniversary of the war in 2016. In April 2015, more than a dozen men filed into American Legion post in Elkton to discuss something that some had rarely discussed: their service in the Vietnam War.

“We just asked them to talk about their experience. They began to relate stories, feelings of frustration, whatever it was they wanted to talk about. We wanted to get a sense of that cumulative experience of Marylanders in the War,” Williams explained

The team spoke with more than 250 veterans and filmed more than 100 veterans in total. Almost all are from Maryland, although some are from Delaware Pennsylvania, Washington, D.C., and Virginia as well.

“The stories are however universal — not necessarily Maryland specific. It is about what they went through as young men, who either volunteered or were drafted into military services — their war experience or what happened after when they returned,” Williams said.

With all services represented, also included in the documentary are two former south Vietnamese Air Force pilots currently living in Virginia; the widow of a pilot whose husband’s remains have only recently been identified; as well as a woman in the Red Cross who volunteered to go to Vietnam as a “Donut Dolly.”

“The stories are poignant, they’re moving, they’re insightful — some are even humorous. It’s a full range of emotions that come through in their stories,” Williams said.

A year ago, based on the veterans filmed in the documentary, MPT created a traveling exhibit with banners representing 16 of the veterans with anecdotes and stories from their service along with artifacts from those that served in the war. The exhibit will be displayed at LZ Maryland.

During the two-day event, a special ceremony to honor those who served as well as those 1,017 Marylanders killed or missing in action will encapsulate the two-day event. Especially meaningful will be the rows of empty chairs placed on the infield to represent each service member lost in the war.

Other special tributes will be a 120-by-140-foot map for attendees to walk along and write on, noting whatever is significant — tribute messages, where a loved one served, etc. The Wall That Heals, a smaller replica of the Vietnam Veterans Memorial in Washington, D.C., also will be on the grounds.

A M.A.S.H. unit replica will be constructed to give a deeper understanding of what kind of medical treatment the injured received during the war.

There will be Vietnam-era musical entertainment, with a Bob Hope-style USO show completing the entertainment lineup along with the U.S. Air Force Band.

“It has been so clear, the enthusiasm and respect that this organization has for our Vietnam veterans, with the understanding that this is a long overdue tribute to them and to thank them for their service, for all that they went through during their time serving as well as after. We are grateful and really excited to do this,” Williams said of the overall feeling and energy of his Salute Vietnam Veterans team. “For active duty military, it is great way to return the favor — often times it’s the Vietnam veterans that are at the airport gates to welcome our current service members. What I’ve heard said is that ‘We’re never going to let this happen again; what happened to us can’t happen again. Too much blood is shed and too much is given for us not to welcome our service members no matter what is happening politically or otherwise.’”

The team is expecting visitors from not only Maryland, but the contiguous surrounding states as well. Reunion lounges are planned for veterans to meet and reunite and have some private time together.

The event is free to any military veterans and active duty personnel as well as children 12 and younger, with a nominal $5 fee for all other visitors. For more information, visit mpt.org/Vietnam or mpt.org/lzmaryland