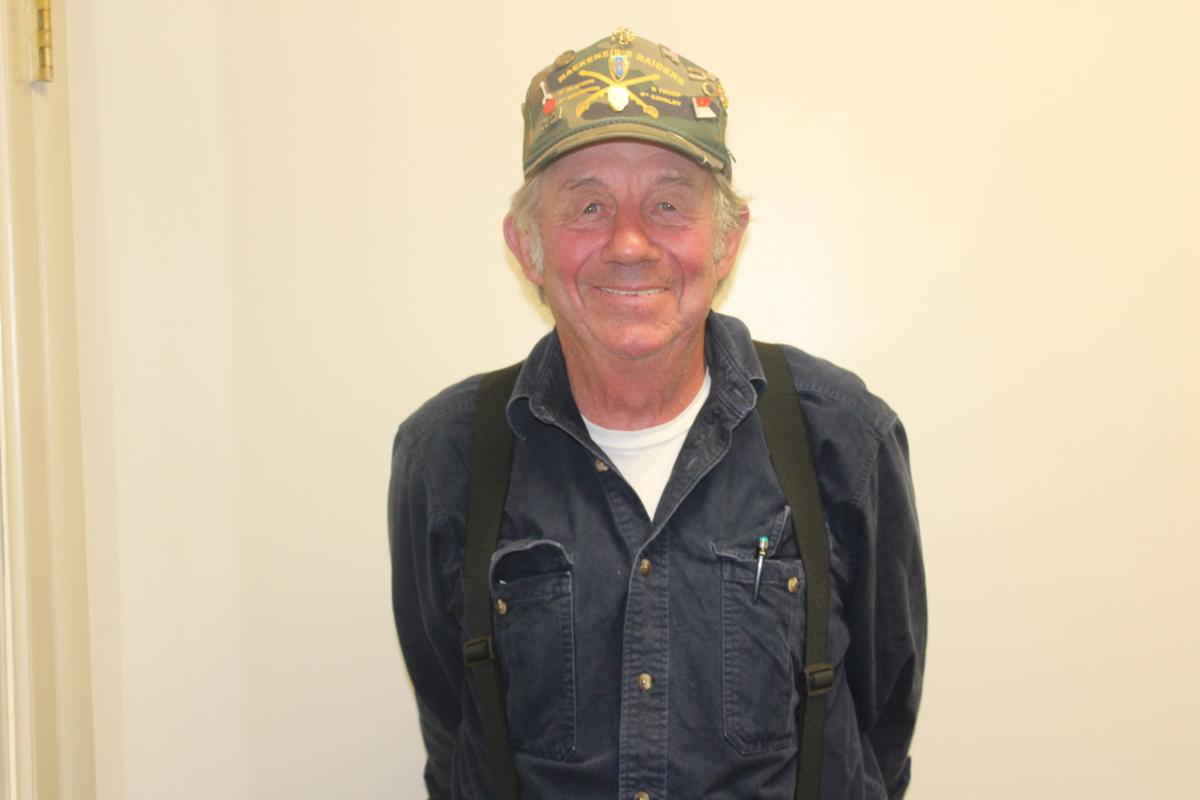 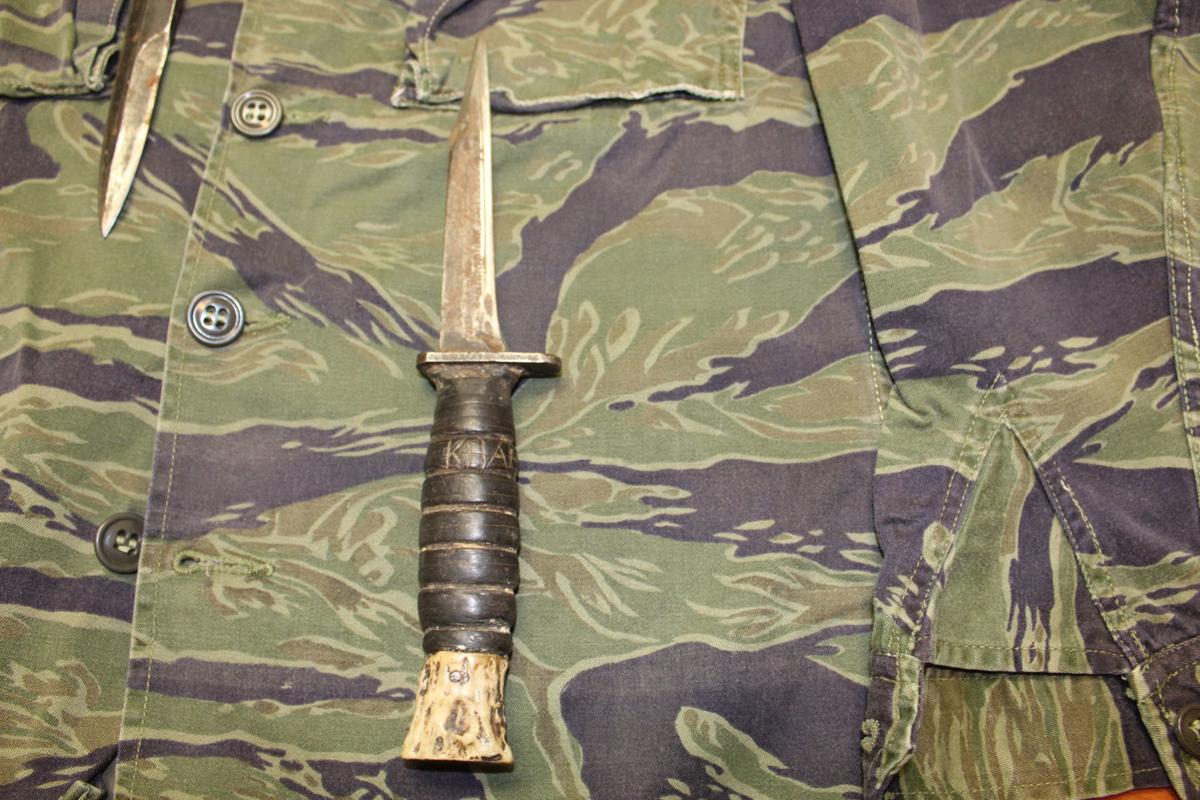 Callahan slipped this Viet Cong’s bayonet into his boot before leaving the war. The ARVN Ranger’s inscribed initials KHAH can still be seen on the handle. Callahan has used the bayonet as a hunting knife for the past 50 years. 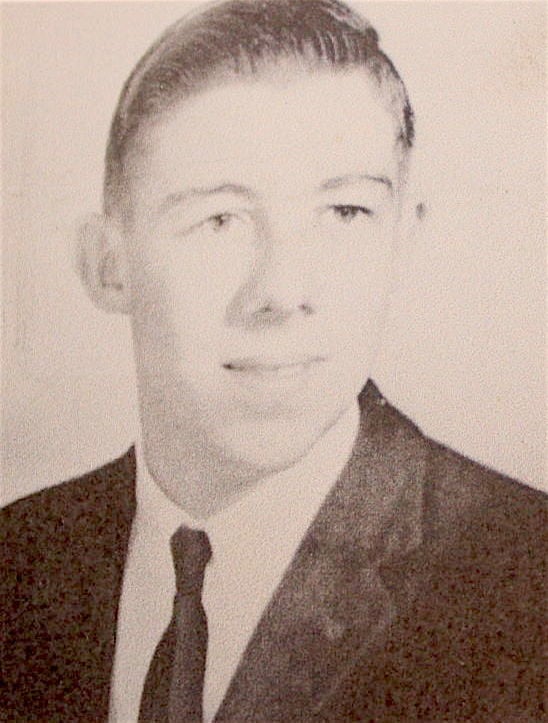 Bill Callahan before his service in the Vietnam War. 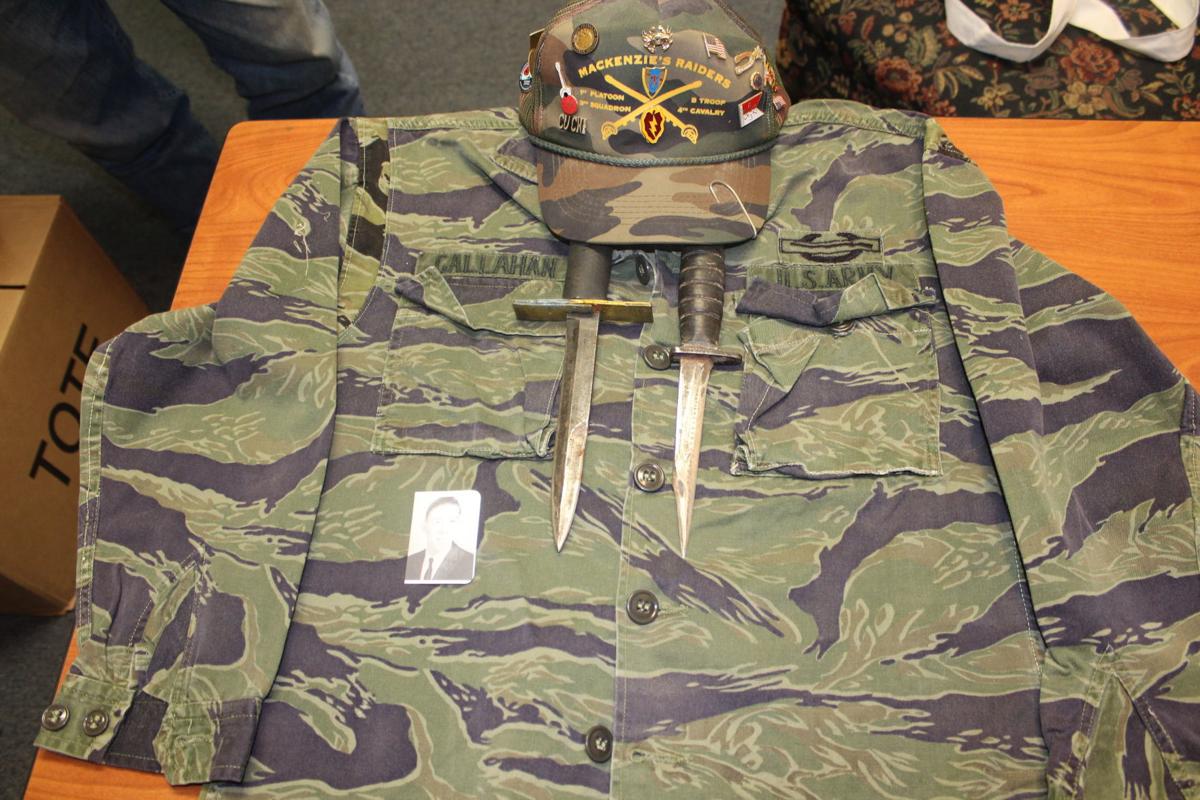 Callahan slipped this Viet Cong’s bayonet into his boot before leaving the war. The ARVN Ranger’s inscribed initials KHAH can still be seen on the handle. Callahan has used the bayonet as a hunting knife for the past 50 years.

Bill Callahan before his service in the Vietnam War.

CORDOVA — Bill Callahan descended into a dark tunnel below a Vietnam village, in search of the enemy. Deemed a “tunnel rat,” the 138-pound American infantryman crept along the tunnel beneath Cu Chi, equipped with just a flashlight and a .45.

“If you send me down another tunnel, you’re gonna have to find another driver ‘cause I ain’t coming back,” the young soldier told his sergeant.

Callahan was never sent down another tunnel and made it home alive after his service. He said he could hear gunshots and bombs going off outside the aircraft in Vietnam as he began his journey home.

Callahan, 74, of Cordova served as a combat soldier in the Vietnam War in 1967, driving an armored personnel carrier and conducting highway security on convoys.

By the end of his service, Callahan had earned two Purple Hearts, an Army Commendation Medal with a combat V for valor and a Bronze Star medal.

Before he was drafted, Callahan was busy working at a local feed mill, unloading 25 tons of feed out of freight cars each day. Experience on the farm in close proximity to death and caring for sick animals, as well as operating heavy machinery, prepared Callahan for his war experiences later on overseas.

Callahan said he was among the older infantrymen serving in Vietnam at just 21 years old; everyone else was mostly 17 or 18 years old.

“Those boys had no idea what they were getting into,” he said.

“I don’t think I was overly scared, but you were always concerned,” Callahan said. “You had a mentality that you were here, and this is what you were gonna to do. You didn’t worry about getting shot every day. You just went and done what you had to do.”

Callahan earned his first Purple Heart after an incident involving a personnel carrier.

Unsure of what lay ahead, Callahan drove the 11-ton M-113 carrier into a tank mine, blasting it 8 feet into the air, creating a large hole in the ground. The carrier was loaded with 30,000 rounds of ammunition.

“There’s another mine right there,” Williams said.

If Callahan had taken another step, he would have tilted a 2-foot tall bamboo stick to trigger another mine. Though the personnel carrier was totaled, Callahan was taken in a helicopter to get sewn up and sent back into the fray.

Callahan was awarded his second Purple Heart after injuring his hand in a firefight. With shrapnel in his flak jacket, the young infantryman wasn’t sure if a grenade or an RPG-2 had gone off. With a butterfly bandage wrapping up the wound, Callahan returned to his regular duties three days later.

Callahan also reflected on a particular search-and-destroy mission. During the wet season, Callahan was told to keep the personnel carrier tracks “tight in the mud.” Callahan and his fellow infantrymen did not find anything in the specified village of interest, so the sergeant ordered them to return to base, with Callahan in the lead.

“In the 9-mile area, 23 mines were set in five hours on the tracks we took on the way in,” Callahan said. “They were always watching us. They knew where you were all the time.”

At 2:30 a.m., 20 infantrymen were selected in the platoon. Men were needed to back up and retrieve an ambush patrol who got hit by the enemy. Callahan hadn’t taken a helicopter before; he always used personnel carriers.

Shortly before the helicopter landed, Callahan was told the aircraft would hover 8 to 10 feet above the ground and he would have to jump out in the dark.

With three helicopters and about eight infantrymen in each aircraft, the men jumped out of the helicopter and landed in about 3 feet of water. Each soldier was strapped with about 70 pounds of equipment, including three days worth of food in case they were stranded, 200 rounds of ammunition and a backpack.

When Callahan completed his service and boarded a plane in Vietnam to head home, he said he could hear “banging and shooting and bombs” as the aircraft was taking off.

Fifty years later, Callahan lives in Cordova with his wife Gina. He has three children — Karen Callahan, Bonnie Callahan and Will Callahan — as well as three grandchildren. Callahan has been a member of E.E. Streets Memorial VFW Post 5118 for 52 years, joining when he returned from war. He is also a member of American Legion Post 70 in Easton.

“If you send me down another tunnel, you’re gonna have to find another driver ’cause I ain’t…