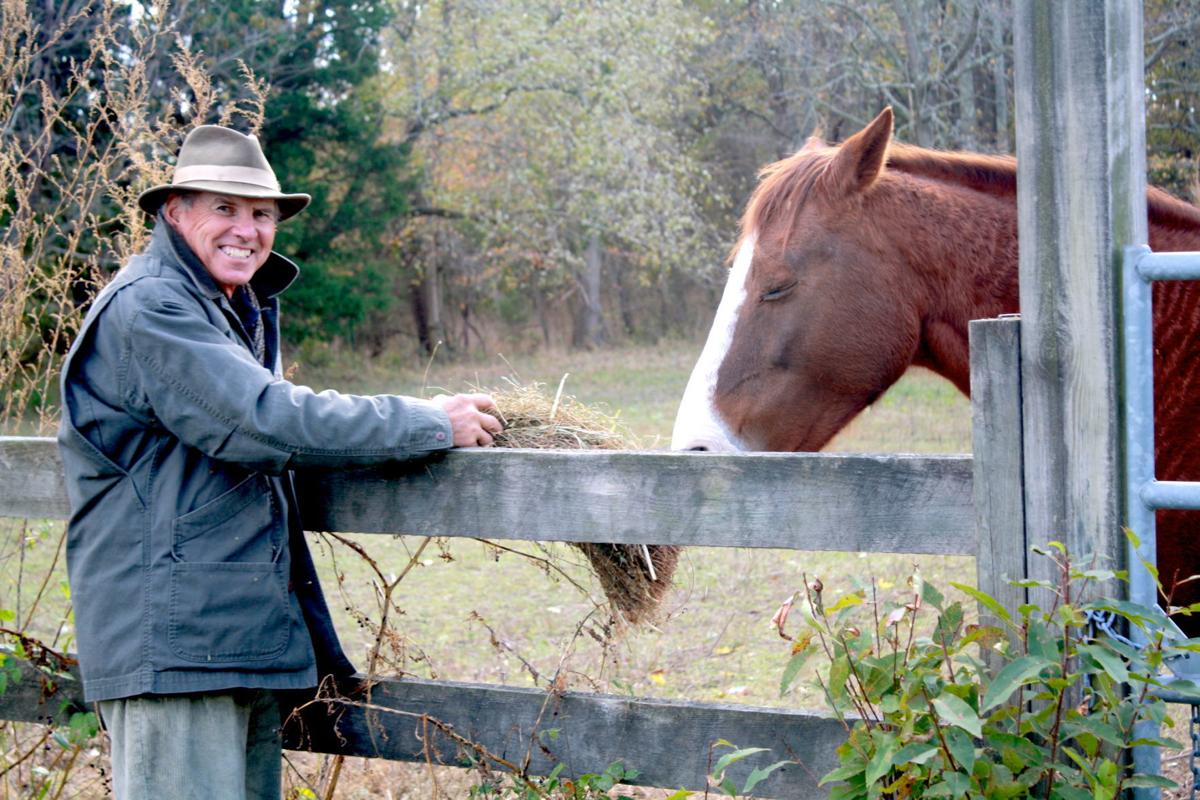 Fred Pomeroy is pictured on his family’s farm with his horse, Rosie, in Dorchester County. 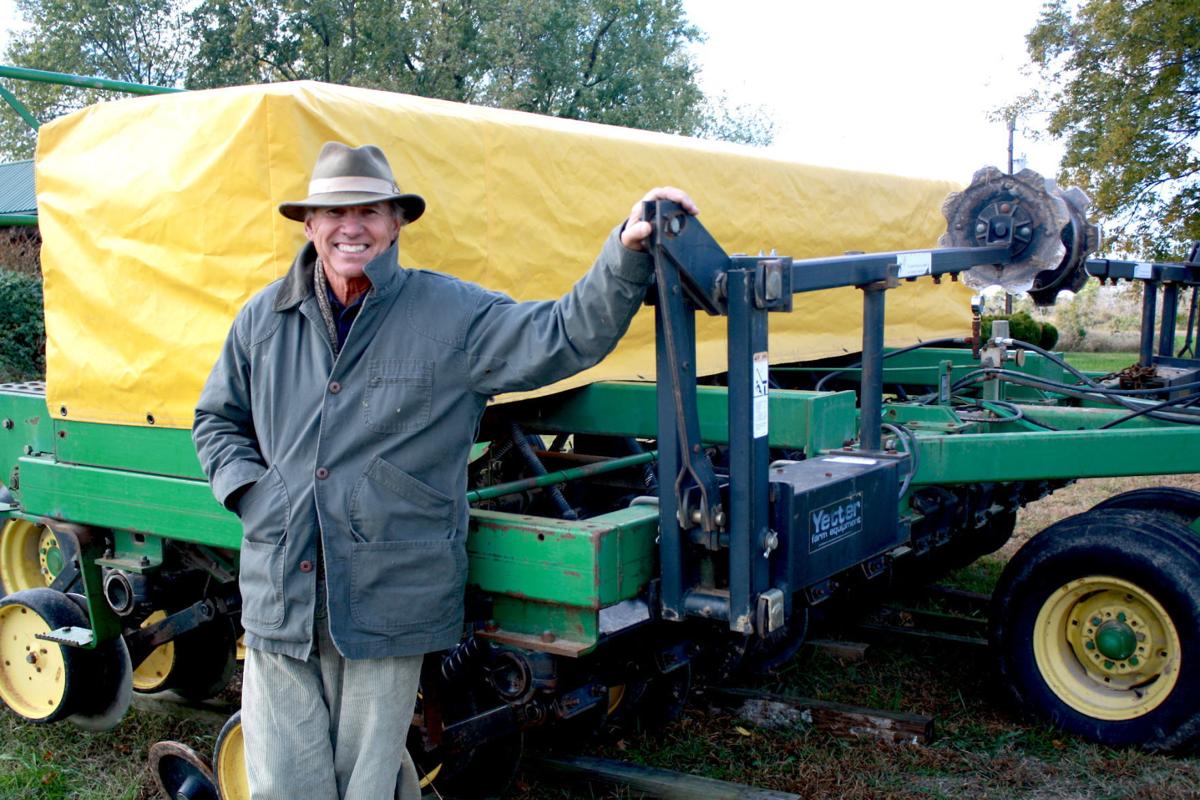 Fred Pomeroy is pictured on his family’s farm with his horse, Rosie, in Dorchester County.

CAMBRIDGE — Although Fred Pomeroy hasn’t always been a farmer, farming always has been in his blood.

Pomeroy’s modest waterfront acreage in Dorchester County has been in his family since 1920, becoming a Maryland Century Farm this year. But while Pomeroy loves his family farm and strives to keep it functioning, he is unsure of its future.

Born into a farming life, Pomeroy’s grandparents bought his current farm when his mother was just a baby. She became a teacher and married Pomeroy’s father, a local dairy farmer. Growing up, Pomeroy loved spending time on the farms, driving tractors with his great uncle and was an active member of 4-H.

“I’ve been around farming my whole life,” he said in his rustic dining room, sitting before a blazing fieldstone wood stove. “My grandparents were very influential in my life. I told them I wanted to be a farmer, and they said, ‘No, we don’t want you to be a farmer. We want you to do something else.’ So I ended up working on the water, which is probably a tougher way to make a living than farming.”

After receiving his bachelor’s degree from the University of Virginia in English and religious studies, Pomeroy taught special education classes for about a year before finding his way to becoming a full-time waterman, crabbing and oystering commercially. With regulatory pressures and decreased productivity in the 1990s, he decided to return to Salisbury University to earn his Master of Arts in teaching. He then became a high school English teacher at Cambridge-South Dorchester High School, where he stayed until his retirement.

“I saw it as an aspect of giving back to my community,” Pomeroy said from amidst piles of books that fill chairs and stacked high on shelves. “Teaching runs in my family just like farming does. My mother was a teacher, my grandmother was a teacher, and my daughter is a teacher. I said, I’m not going to do that ... but I ended up doing it. I’m glad I did.”

During those years of teaching, Pomeroy inherited the 116-acre family farm and decided to make a go of running it at a small scale, while still managing to stay a part-time waterman.

Pomeroy’s current production is mostly grain, with 45 of his 70 to 80 tillable acres in soybeans, working with Dorchester County Extension agent Jose Prieto-Figueroa to maintain his Nutrient Management Plan for those fields. He also has 17 acres in a conservation reserve program and 13 acres set aside for a quail habitat program.

“I’m looking forward to that,” he said. “My wife and I both come from bird hunting backgrounds, and although we don’t hunt anymore, we want to help restore the population.”

While Pomeroy has retired from teaching, he certainly is not tired. Not only does he still run his farm, which also includes a couple acres of pasture land and his last horse, Rosie, he continues his career on the water, as well. The farm is adjacent to the Little Choptank, where Pomeroy has 60 acres of oyster leases under the Maryland Department of Agriculture.

“I plant the leases with shell and do a natural grow out, and then I can harvest that,” he said, pointing to a pile of shells next to his docks out the window. “I never intended to do that as a real intensive thing, because I still crab in the summer, and that takes all of my time.”

As a side job, Pomeroy maintains his captain’s license, as well, and provides charters and fishing trips.

“I’ve always liked being on the land, and being outdoors is a big thing for me,” he said.

With the minimal free time Pomeroy has in retirement, he serves on the University of Maryland Extension Advisory Council for Dorchester County and is a part of Cambridge’s Dorchester Citizens for Planned Growth. When he’s not busy with farming or community service, he is travelling to spend time with his grandchildren, or he’s publishing poetry and giving readings to fellow poets.

Although he shows no sign of slowing down, Pomeroy does think about the future of his family farm.

“I don’t know what’s going to happen with the farm, and that’s something I noodle over quite a bit,” he said.

Of his three children, only one daughter expresses an interest in the farm, and she lives outside of the country, so Pomeroy is unsure of whether she will be able to take over the property.

“Part of it is, in her mind, the sea level rise,” he said, gesturing out the living room window to the Little Choptank beyond a stained glass crab hanging in the sun. “I’m at ground level. We’re 7 feet above sea level, and during Hurricane Isabel, we had a 6-foot surge.

“We’ll make 100 years, but I need to make a decision. I probably should have made it already, but it’s not an easy decision,” he said. “I hope it stays in the family, but I’m not sure it will.”