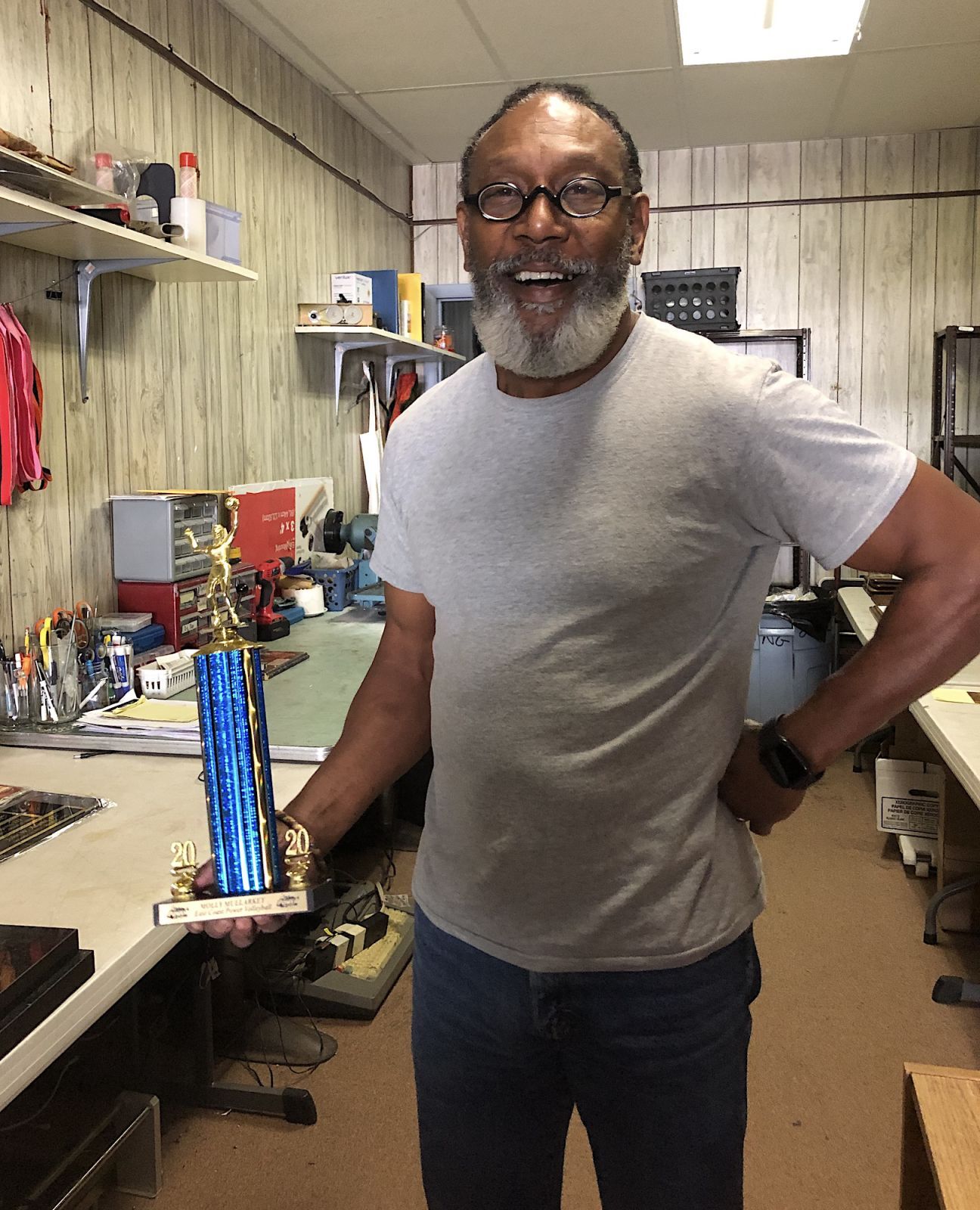 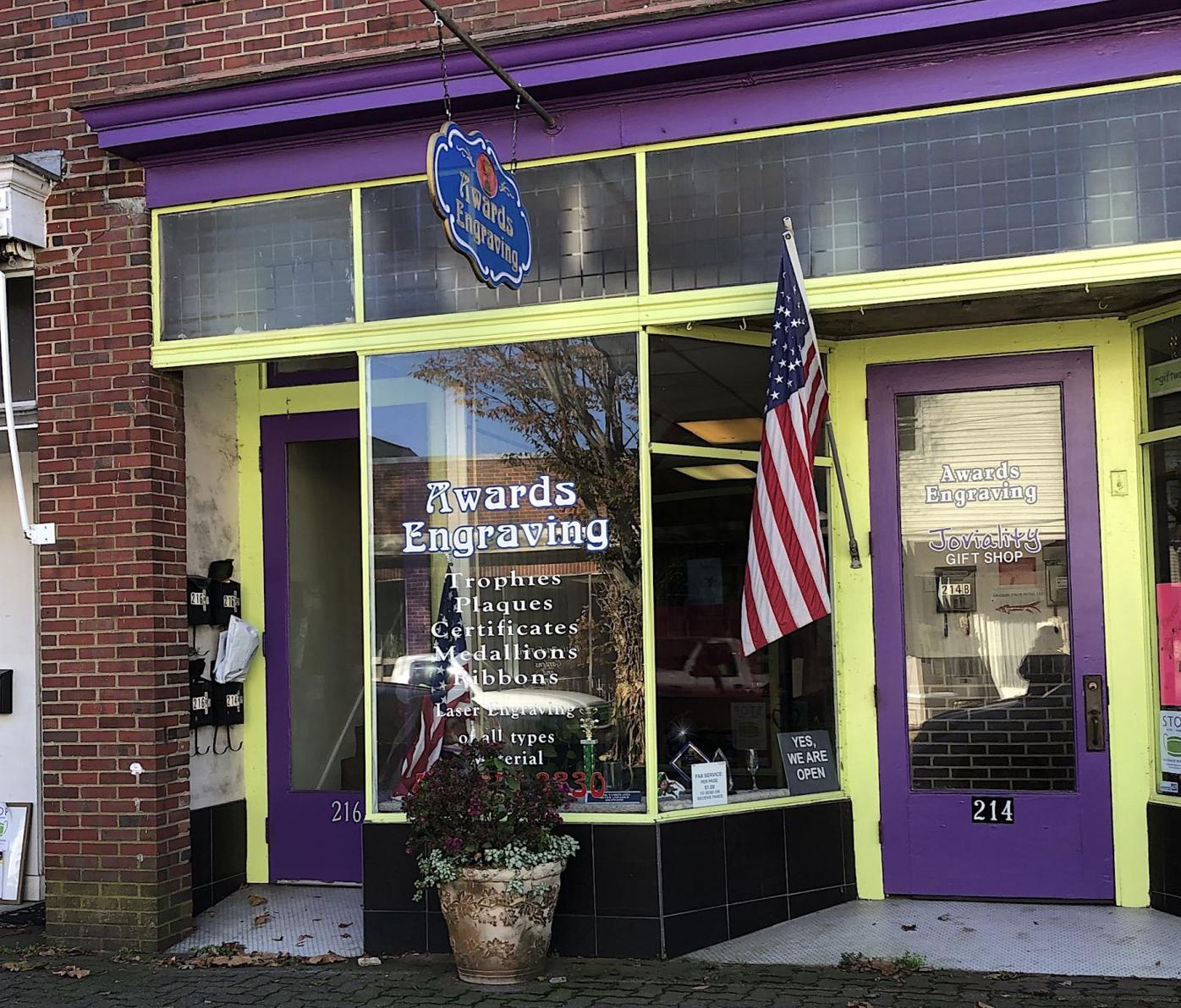 When the pandemic shut everything down, Awards Engracing Company lost 50% to 60% of its business. 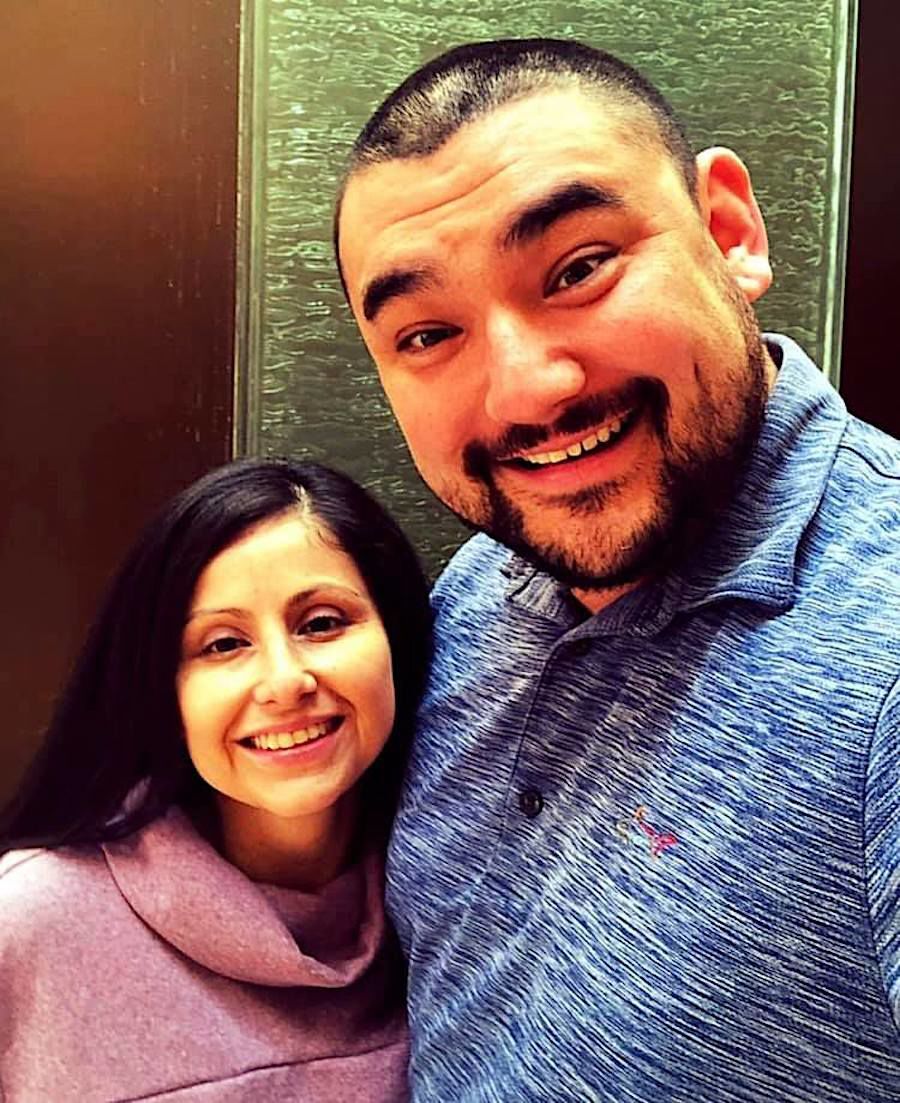 Gelin and Nick Wake, owners of Tenchi Spanish-American Kitchen, say the small business grant program allowed them time to regroup and plan for a new way of doing business. 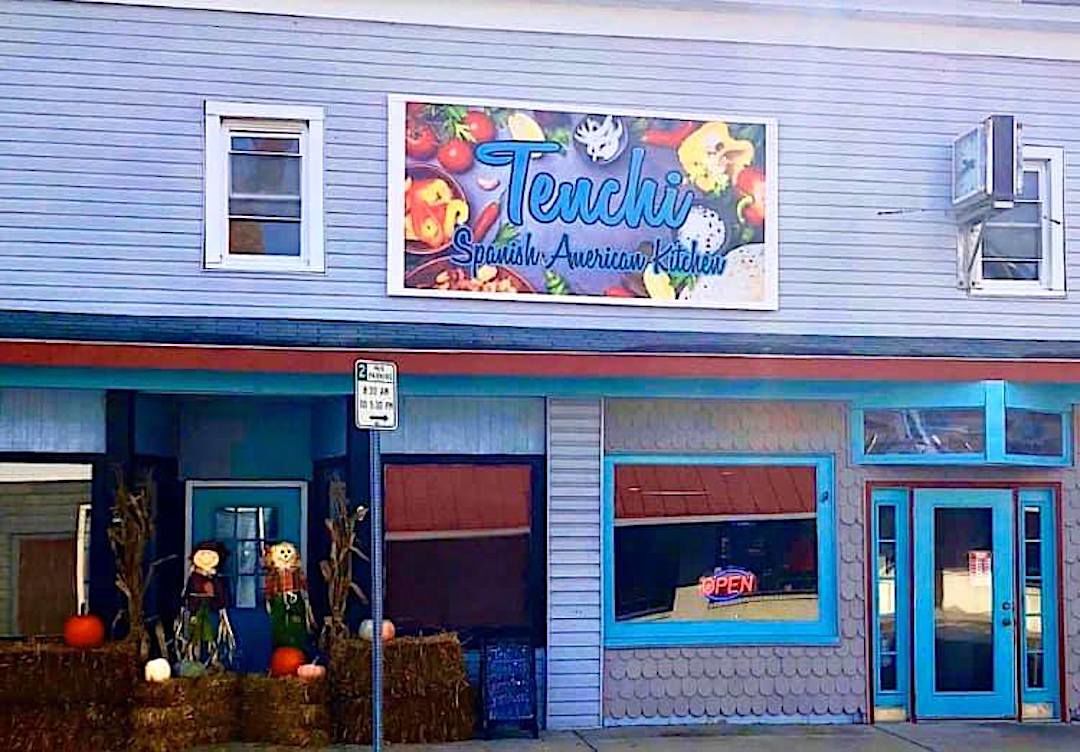 During the pandemic, Tenchi Spanish-American Kitchen in Greensboro has switched its business to mostly takeout and delivery. 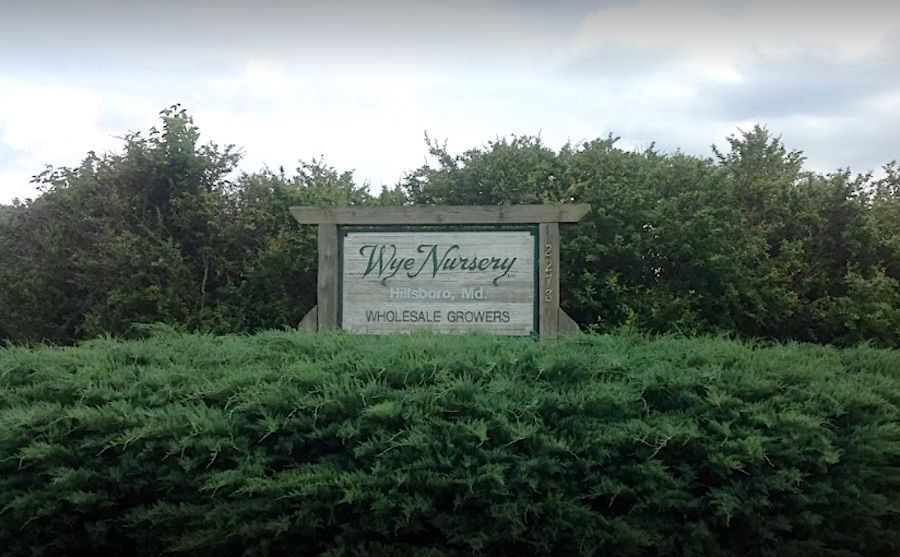 When the pandemic shut everything down, Awards Engracing Company lost 50% to 60% of its business.

Gelin and Nick Wake, owners of Tenchi Spanish-American Kitchen, say the small business grant program allowed them time to regroup and plan for a new way of doing business.

During the pandemic, Tenchi Spanish-American Kitchen in Greensboro has switched its business to mostly takeout and delivery.

DENTON — The Caroline County Economic Development Office has received 72 applications for the third and final round of COVID-19 small business emergency relief grants and so far has disbursed $467,000, said director Debbie Bowden. The application period opened Sept. 30 and runs through November.

Economic Development partnered with the Caroline Chamber of Commerce to spread word of the grants and are getting a lot more response, Bowden said. She anticipated receiving another 15 to 20 applications by Nov. 30.

“Applications this round are reflective of the wide range of industries in the county — poultry farms, trucking companies, restaurants, hair salons,” Bowden said. Some applicants might be a one- or two-person operation; others employ 50 to 60 people.

The grants are targeted toward small businesses headquartered in Caroline County that have experienced economic injury and disrupted operations from March 18 through now due to COVID-19. Grants reimburse expenses such as rent, mortgage, utilities and expenses that occur in the ordinary course of operations. Funds also are intended to help those businesses pay for personal protective equipment and other things needed to reopen and operate within safety guidelines during the pandemic.

The first round of grants were offered for two weeks in June followed shortly thereafter by another two-week period for applications and a second round of grants, Bowden said.

In the first two rounds, the county awarded 77 grants totaling $957,000, she said. Each grant was limited to no more than $20,000, and businesses that had been awarded previously couldn’t apply. That’s not the case for the third round. Businesses that received grants in either rounds one or two may reapply; the county capped the cumulative total per business at $40,000, no more than $20,000 per round.

Applicants are screened to make sure they are in good standing with the county and state, and funds for approved grants are disbursed on a reimbursement basis for eligible expenses, Bowden said. The money, provided through CARES Act funding, has to be used by Dec. 30.

In this round, if a business received a grant in the past it is being asked to fill out a questionnaire about how the business is doing since receiving the first grant, Bowden said.

Business owners who have received grants say they have been instrumental in helping them survive.

Nick Wake, owner of Tenchi Spanish-American Kitchen in Greensboro, was awarded a grant in the first round and has applied again.

Up until March, 90% of his business was dine-in. The business was operating on restricted finances; they were coming off a hard year — he had broken his leg and his wife was pregnant, finances were tight, Wake said.

When everything shut down, Wake said he closed the restaurant for about two weeks to figure out what to do.

The small-business grant “really did carry us through that beginning season of COVID,” Wake said.

Tenchi has about 11 employees; the grant allowed the restaurant to cover payroll the two weeks it was closed, and he didn’t have to layoff anyone who wanted to work, Wake said. “It covered the bills … and we got back to business.”

Now he has established a different style of business where 90% is now takeout and delivery.

The first round small business grant allowed him to pay bills and catch up on rent, Wake said.

“It gave us a little peace of mind, a little breathing room,” Wake said. “It allowed us to be proactive.”

The third-round grant will help him reinvest in what he’s going to do going forward — hiring delivery drivers, buying take-out containers, and personal protective equipment, rebranding and getting reestablished, he said.

Wake said the grant money was vital to his businesses success.

“It just feels good to know we have a county doing what we can for small businesses,” he said.

James Ransome, sole proprietor of Awards Engraving Company in Denton, said when the shutdown happened all his work was canceled.

He said 50% to 60% of his business comes from schools, car clubs and youth sports organizations — with everything closed, they had no need for trophies or plaques. The emergency small-business grant he received helped him to stay in business.

Ransome praised the ease of the application process.

“They were really helpful. They walked you through it and made it easy,” he said. “Debbie and the guys here do an incredible job of being there for you. They made the whole process simple.”

He said they got the money to him quickly and have followed up to see how he’s doing. He called it “a really panoramic view.”

The grant helped Ransome to pay his electric and phone bills, “just helping to keep the doors open.”

For Karl Fischer of Wye Nursery in Hillsboro, the pandemic “couldn’t have hit at a worse time.” He said his wholesale nursery does 75% of its annual business in March, April and the first two weeks in May.

“You can’t just walk away from the inventory,” he said. The plants are growing; they need to be tended and pruned; weeds need to be eradicated; plants for the next season need planting. “I couldn’t just send everybody home.”

Like Ransome, he praised the application process, saying the paperwork was easy and the staff at the Economic Development Office are “amazing to work with.”

In contrast, Fischer said Wye Nursery also applied for a grant from the state — that application took multiple days and nights to fill out.

“Caroline County is ahead of the curve” and deserves “a lot of credit” for having the foresight to provide the small business emergency relief grants, Fischer said.

Wye Nursery sells to larger nurseries and landscapers in the northeast. The crop is constantly changing — every four months — and in October they were putting together their catalog for fall and spring sales, Fischer said. The small business emergency relief grant has helped them pay their bills.

Businesses interested in applying for emergency relief grants can find the application at https://www.carolinebusiness.com.