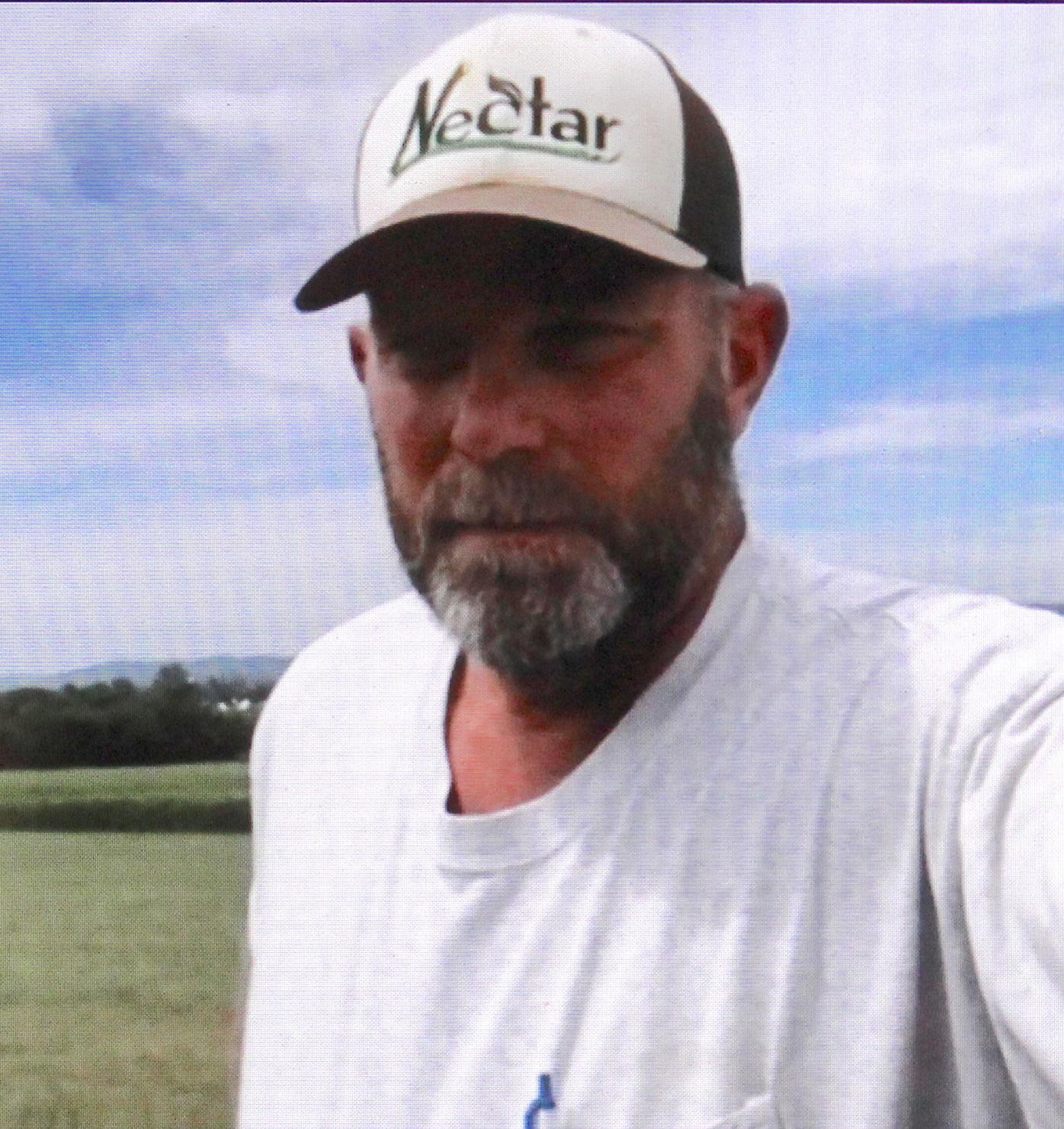 MGP Commodity Classic keynote speaker Drew Haines of Middletown, MD, was pictured live in a ZOOM online presentation, Thursday morning, July 23. Haines, 3-time winner of the National Corn Growing Contest, describing himself as “a corn nerd”, spoke about how to get the best yield from planting corn. He answered questions from MGP Executive Director Lindsay Thompson on particulars of how to be a successful corn farmer. 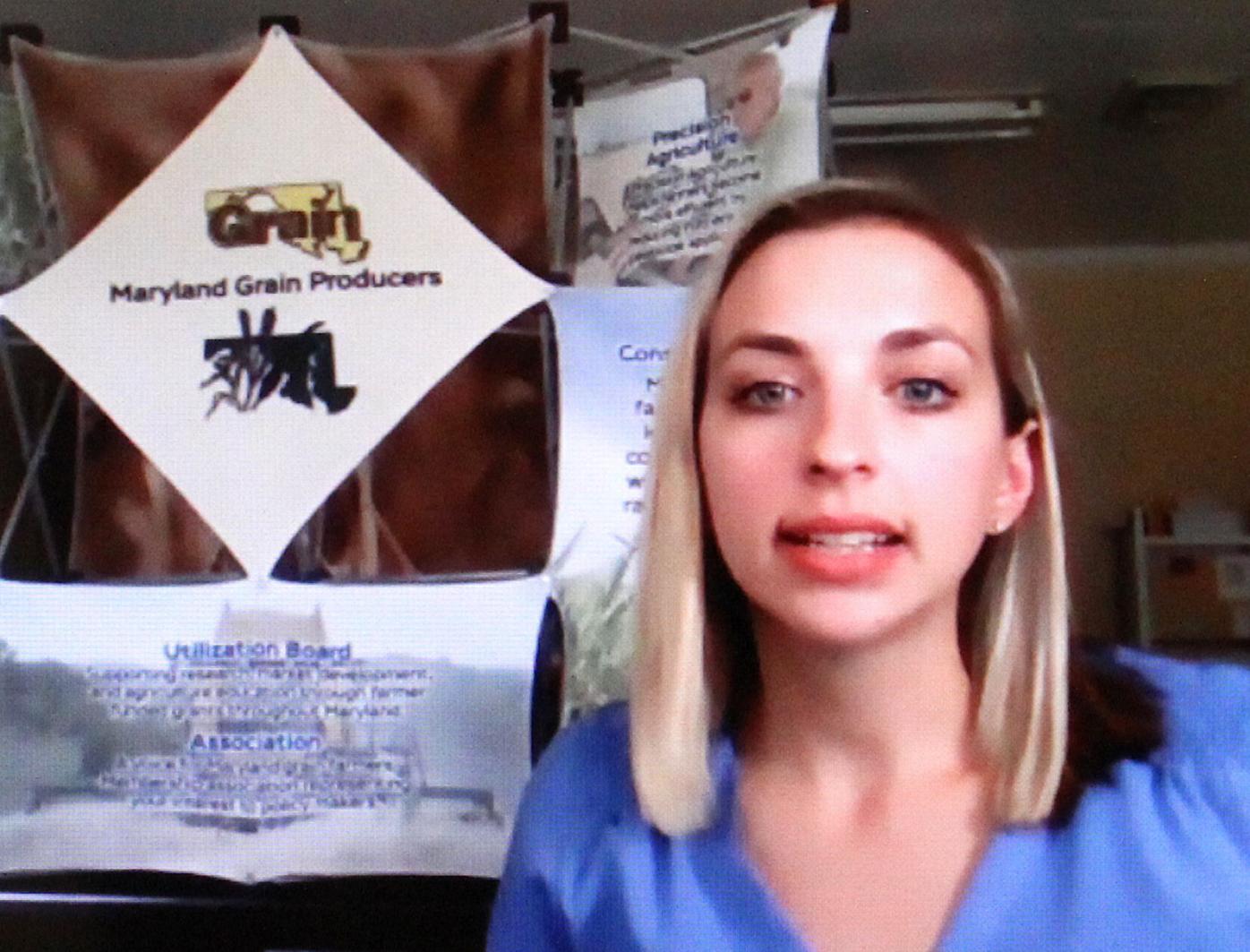 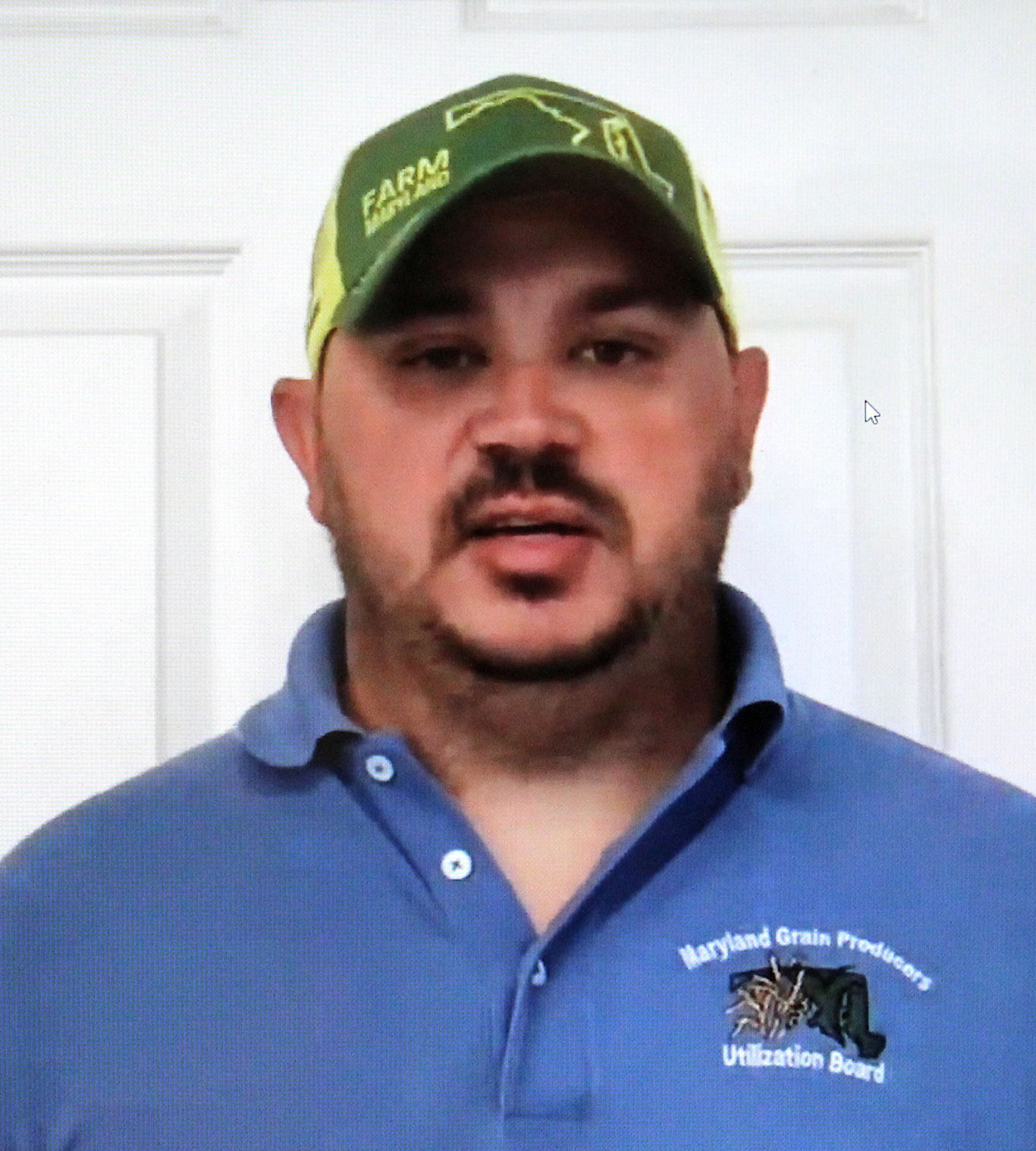 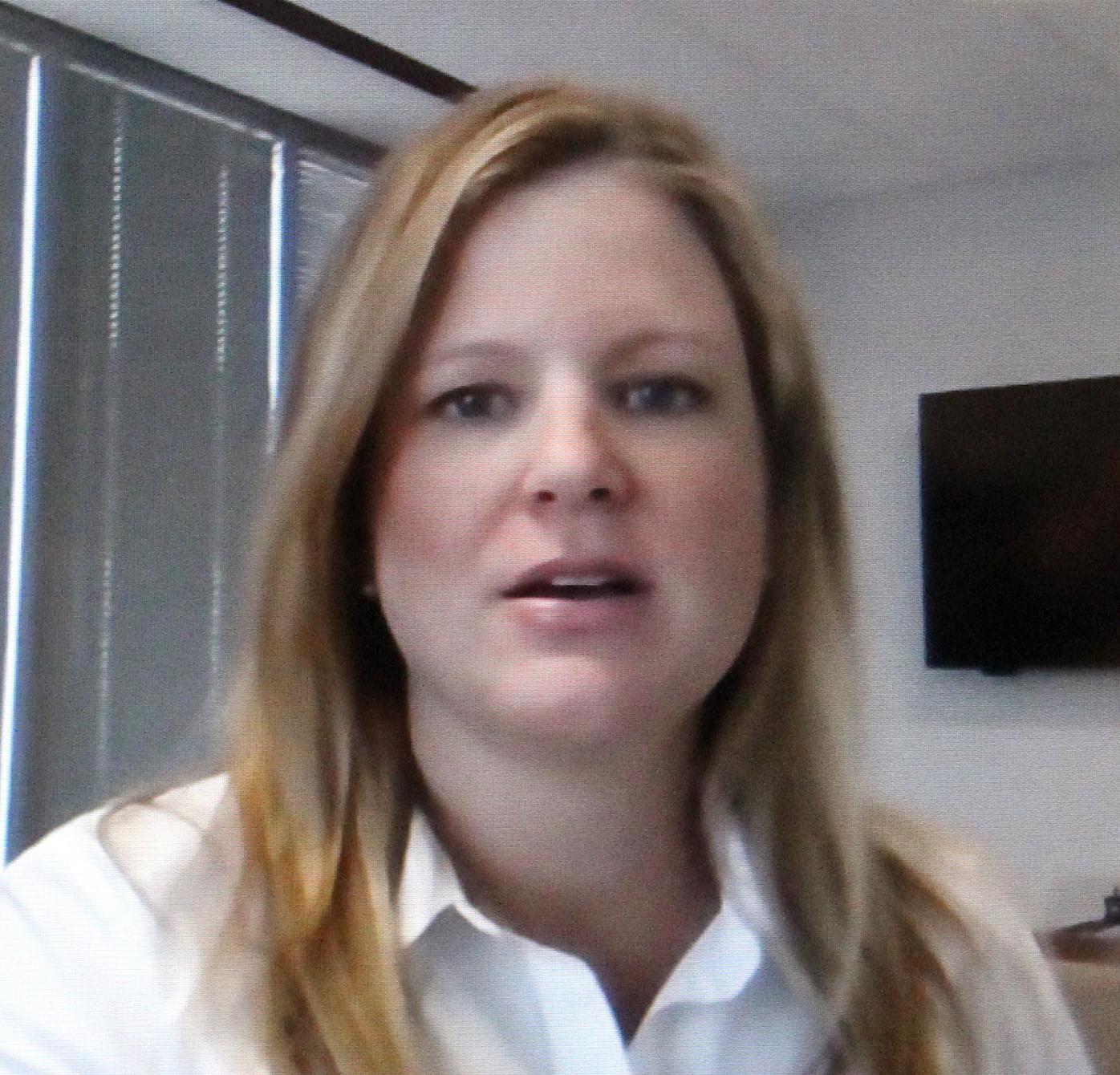 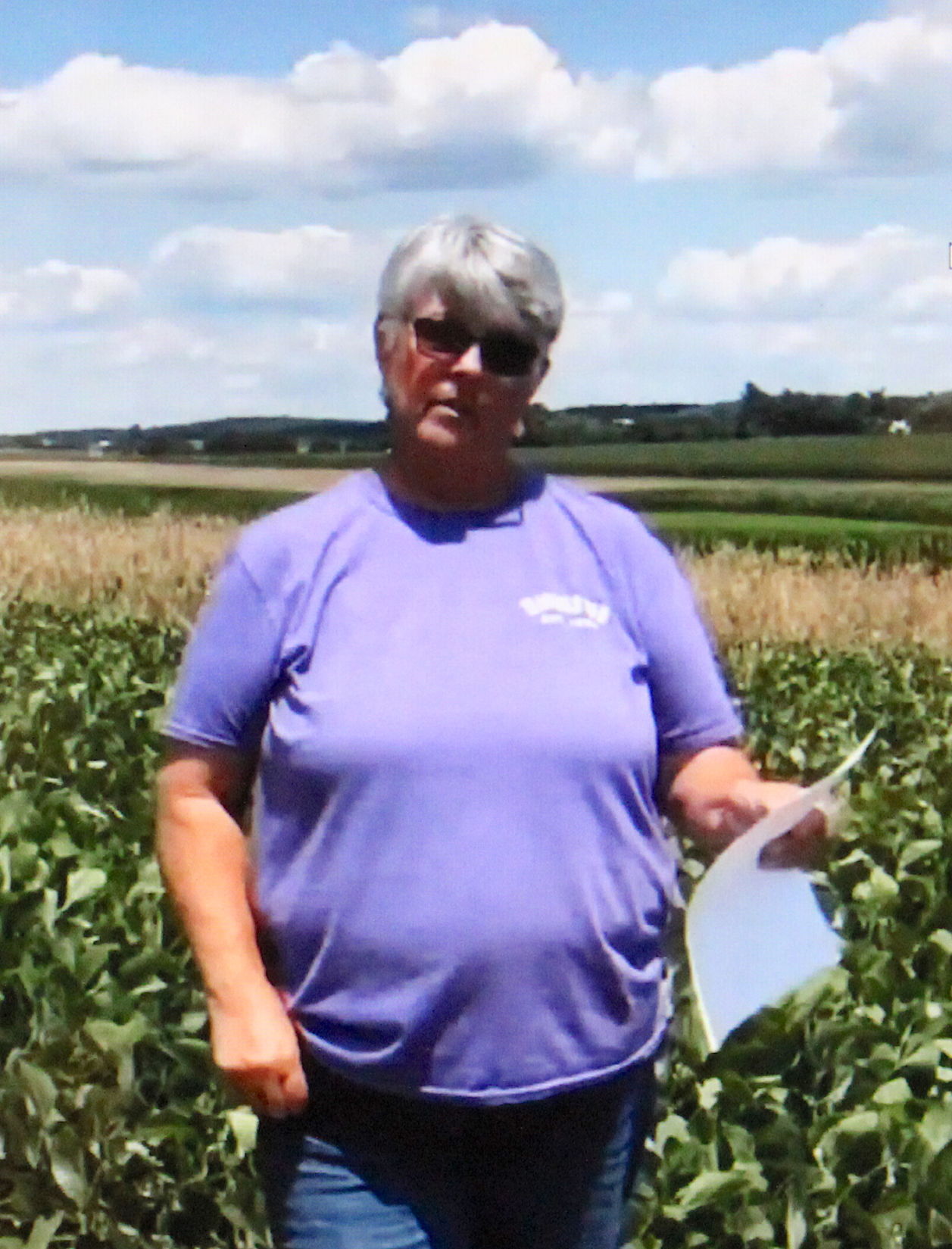 MGP Commodity Classic keynote speaker Drew Haines of Middletown, MD, was pictured live in a ZOOM online presentation, Thursday morning, July 23. Haines, 3-time winner of the National Corn Growing Contest, describing himself as “a corn nerd”, spoke about how to get the best yield from planting corn. He answered questions from MGP Executive Director Lindsay Thompson on particulars of how to be a successful corn farmer.

QUEENSTOWN — The first-ever virtual Maryland Commodity Classic was co-hosted by the Maryland Grain Producers, Maryland Soybean Board and the Maryland Grain Producers Utilization Board, and orchestrated by MGP Executive Director Lindsay Thompson and MGP Programs and Public Relations Director Jenell Eck. This was the 22nd annual Commodity Classic, which is normally held at the 4-H Park in Centreville. It had to be held virtually due to COVID-19 restrictions against having large gatherings. On average, 250 to 300 farmers attend the Classic meeting annually.

Plenty of agricultural information sharing took place with a wide range of guest speakers. An estimated 125 to 130 people listened and/or viewed the virtual presentation across Maryland.

Thompson welcomed everyone to the meeting at 9:30 a.m. and recognized all 27 sponsors of the Classic. She introduced the first speaker, Maryland Grain Producers President Evan Miles. Miles took time point out the state legislature has been busy this past session and thanked Governor Larry Hogan for vetoing several harmful bills that had been passed. Linda Burrier, vice-chair, Maryland Soybean Board, also spoke briefly, presenting a report. Both Miles and Burrier’s messages were pre-recorded.

National Corn Growers Association Vice President of Public Policy Brook Appleton spoke live during the Zoom presentation, reporting on what the U.S. Congress has done this year, and what’s planned to be done to help farmers across the nation. She noted that the CARES Act passed on March 24, which created $3.9 billion for row crop producers. Also, the HEROES Act passed Congress on May 15, providing $16.5 billion for row crop producers and provided ethanol support.

She talked about the Congressional schedule, mentioning that there a very few days remaining for Congress to get anything else done. It was also mentioned that President Donald Trump’s relationship with China “has soured” following the aftermath of the coronavirus pandemic, which started in China.

Appleton said, “Another COVID relief package is expected no later than mid-August.”

Kessler’s report was titled “Market Development in the Time of COVID.” She stated, “25% of grain production goes out of the U.S.,” indicating the importance of foreign trade for grain farmers.

Kessler quoted past USGA Chairman Alan Tiemann, saying, “Markets don’t just happen ... you have to work to make them happen.”

She pointed out that “95% of the world’s population live outside the boarders of the U.S.”

Cannady presented a summary of the U.S Ethanol Industry and used extensive graphs to show how volatile the ethanol market has been this year, with market prices most recently looking like a “roller coaster ride, but prices are expected to stabilize,” he said. “Currently, it’s not a great corn market.”

This year’s keynote speaker was farmer Drew Haines of Middleton, MD. His presentation was unique and gave a “down home” image as he stood on the edge of one of his corn fields in a live Zoom broadcast, speaking about the National Corn Yield Contest, which he has won three times. His talk was presented in a question/answer format conducted between him and Lindsay Thompson.

Haines, who is known to be reserved in public speaking, described himself as “a corn nerd” and proceeded to talk about how to grow corn successfully.

He said, “The National Corn Yield Contest is not just a contest, but it’s about how to better your yield. I try to beat myself each year.”

An interesting fact he discovered is that by improving his soil and nutrient program, Haines has been able to cut his fungicide application in half and has not used any insecticides on his corn in five years.

He talked about growing “more corn on 200 acres than we did on 500 acres several years ago.”

Haines has developed a network of 35 corn growers across the nation, particularly in Kansas, Arkansas, and many on the Eastern Shore, who have sought his advice on growing better corn. Haines grows not only corn, but also beans and hay.