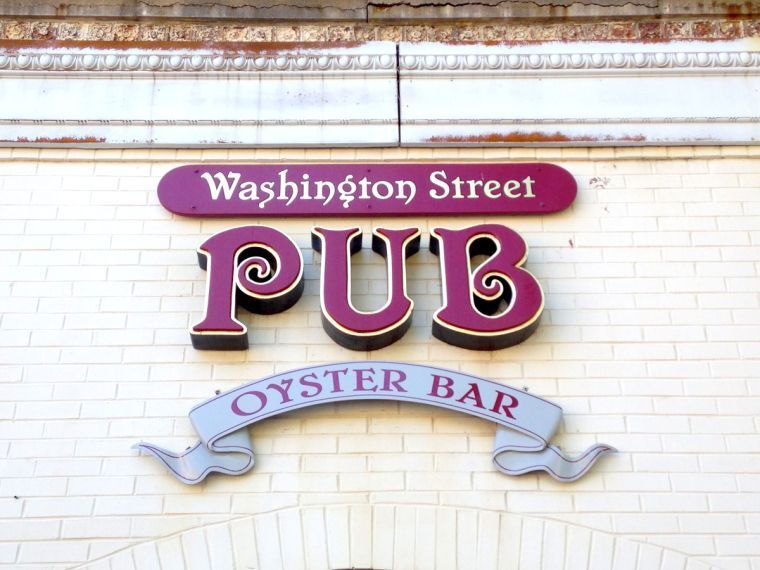 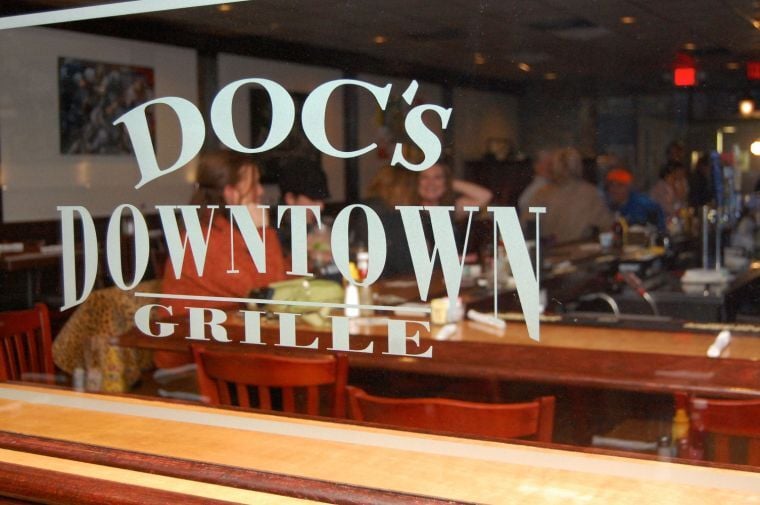 Dozens of restaurants across the Mid-Shore reopened with outdoor seating for customers several weeks after fears of the deadly coronavirus forced them to shut their doors. Pictured is Doc’s Downtown Grille on North Washington Street in Easton.

Dozens of restaurants across the Mid-Shore reopened with outdoor seating for customers several weeks after fears of the deadly coronavirus forced them to shut their doors. Pictured is Doc’s Downtown Grille on North Washington Street in Easton.

Football fans typically pack bars and restaurants to watch a full day of football, be with friends, and eat and drink.

But the COVID-19 pandemic will change that. The NFL is playing on, with the season kicking off Thursday night and 13 games Sunday. Patrons can still go to sports bars and restaurants if they choose. But social distancing measures will limit how many people can be inside to watch the Baltimore Ravens, Washington Football Team and other games.

Chooch Oristian, owner of Doc’s Downtown Grille in Easton, is still hopeful the restaurant will be busy on Sunday, but knows the circumstances will impact business.

“Fall and winter, for me, downtown, is all based around sports pretty much. Sports and Waterfowl and the festivals, and everything that’s being canceled,” Oristian said. “And my Saturday business (will be impacted), because college football was all day on Saturday. You had the games start in the morning and went all the way until night time. And that’s going to affect us.”

Doug Kirby, general manager of the Washington Street Pub, agreed that fall and winter are his busiest seasons. He said NFL game days are typically busy, and while he’s unsure exactly how big a boost it provides to business, he said any boost is a bonus during the pandemic.

“We’re really looking forward to (game days) to be the boost to business. Any boost is going to help,” Kirby said. “It’s going to depend on how comfortable people are with coming out. There’s still a lot of people that are worried about it. But the good thing about the Pub is that all the tables can see the TVs. So it’s not hurting us that bad that there’s only half the number of seats at the bar.”

Kirby is also expecting traffic in the restaurant this weekend because of the nice weather and the downtown outdoor dining that’s been in place since mid-July.

Orisitian said he won’t be able to offer the same deals and specials he normally runs on NFL Sundays. He cited the social distancing measures as a direct cause.

“During the games, we used to run a lot of good deals on all the food and drink just because we had so many people in there, turning over and over and over again,” Oristian said. “But now we won’t be able to do as many deals as people might expect and (not) the same as last year, because if I only have 30 seats as opposed to 60, I need to capitalize on it.”

The same establishments took hits earlier in the pandemic, when the NCAA Men’s Division I Basketball Tournament — March Madness — was canceled. Back then, no in-person dining was allowed.

Oristian completed some upgrades totaling $4,000 in preparation for March Madness before the tournament was canceled. Although fewer people than normal will utilize the new televisions, he’s looking forward to putting the new screens to use.

If game day crowds are underwhelming because of the pandemic, business will certainly take a hit. Oristian worries about the impact on his staff, who won’t get the tip money they’d normally get on a busy game day. Meanwhile, Kirby just views any football traffic as a bonus, even if it’s smaller than normal.

“It’s just like everything else in 2020. We already are taking a huge hit without having Waterfowl and these other events that have been canceled,” Kirby said. “Any increase in business that we’re doing now is a bonus, a positive thing. We’ll take what we can get.”