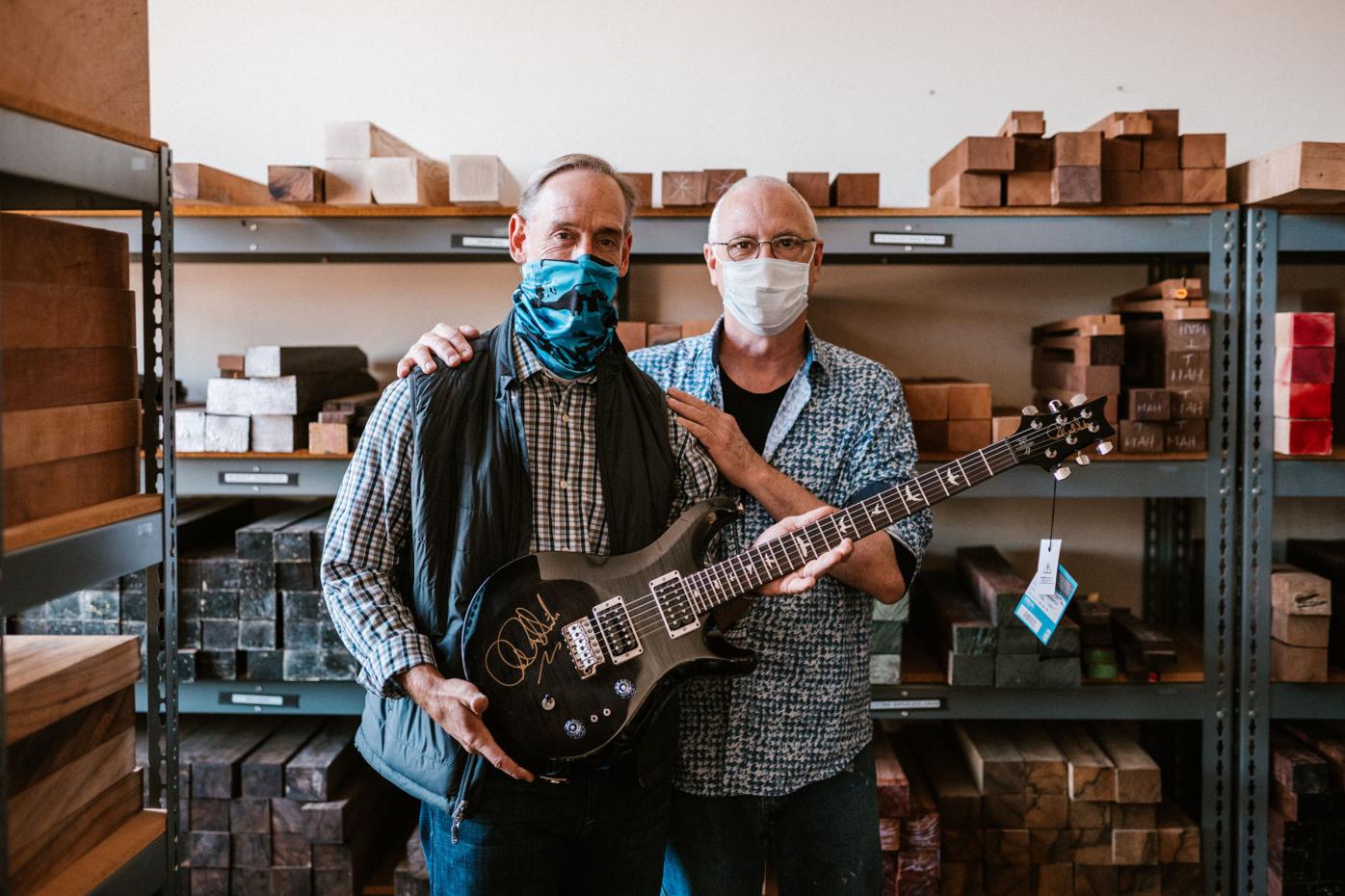 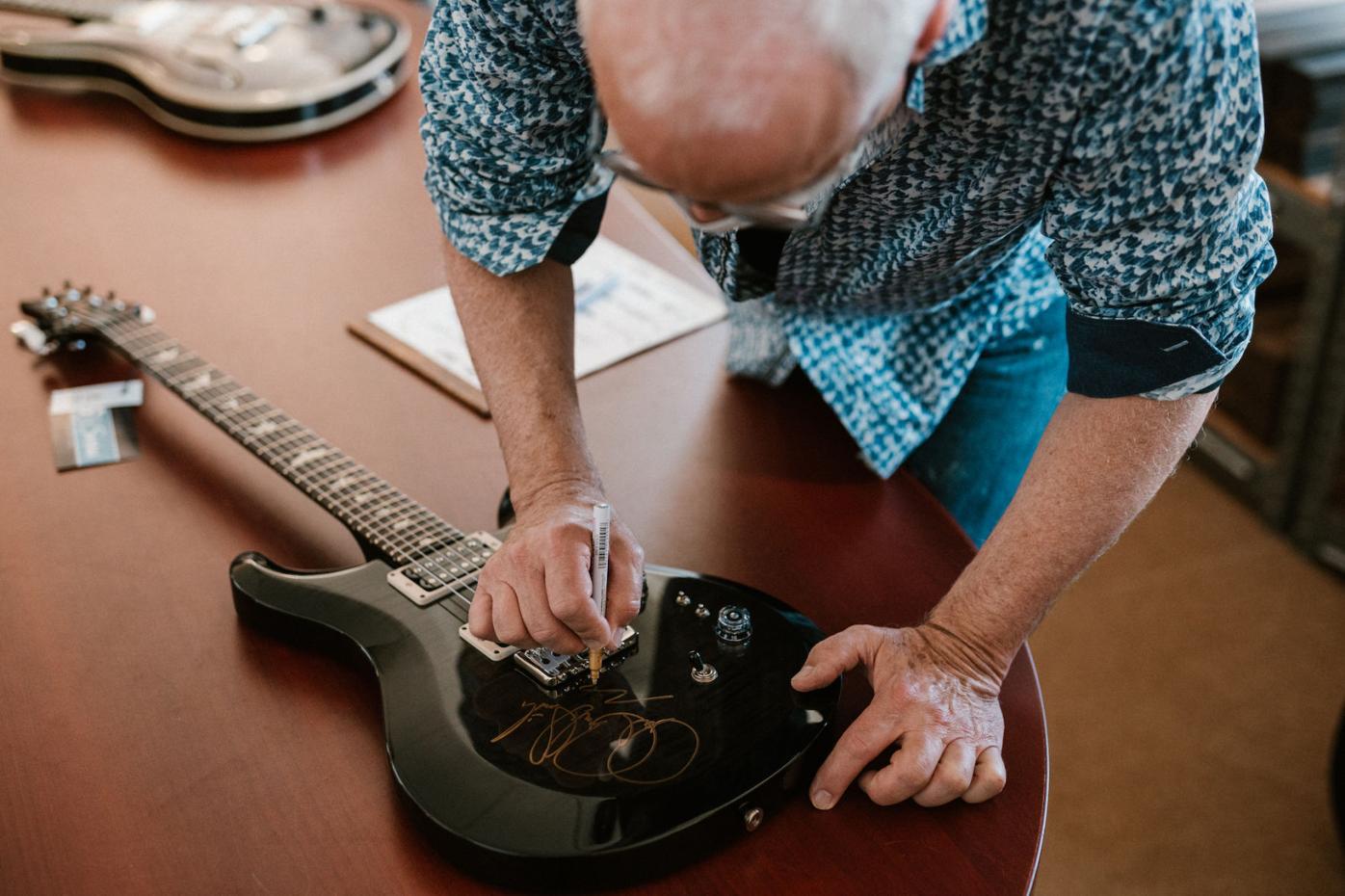 Paul Reed Smith autographs a guitar to be auctioned to benefit Pathfinders for Autism. 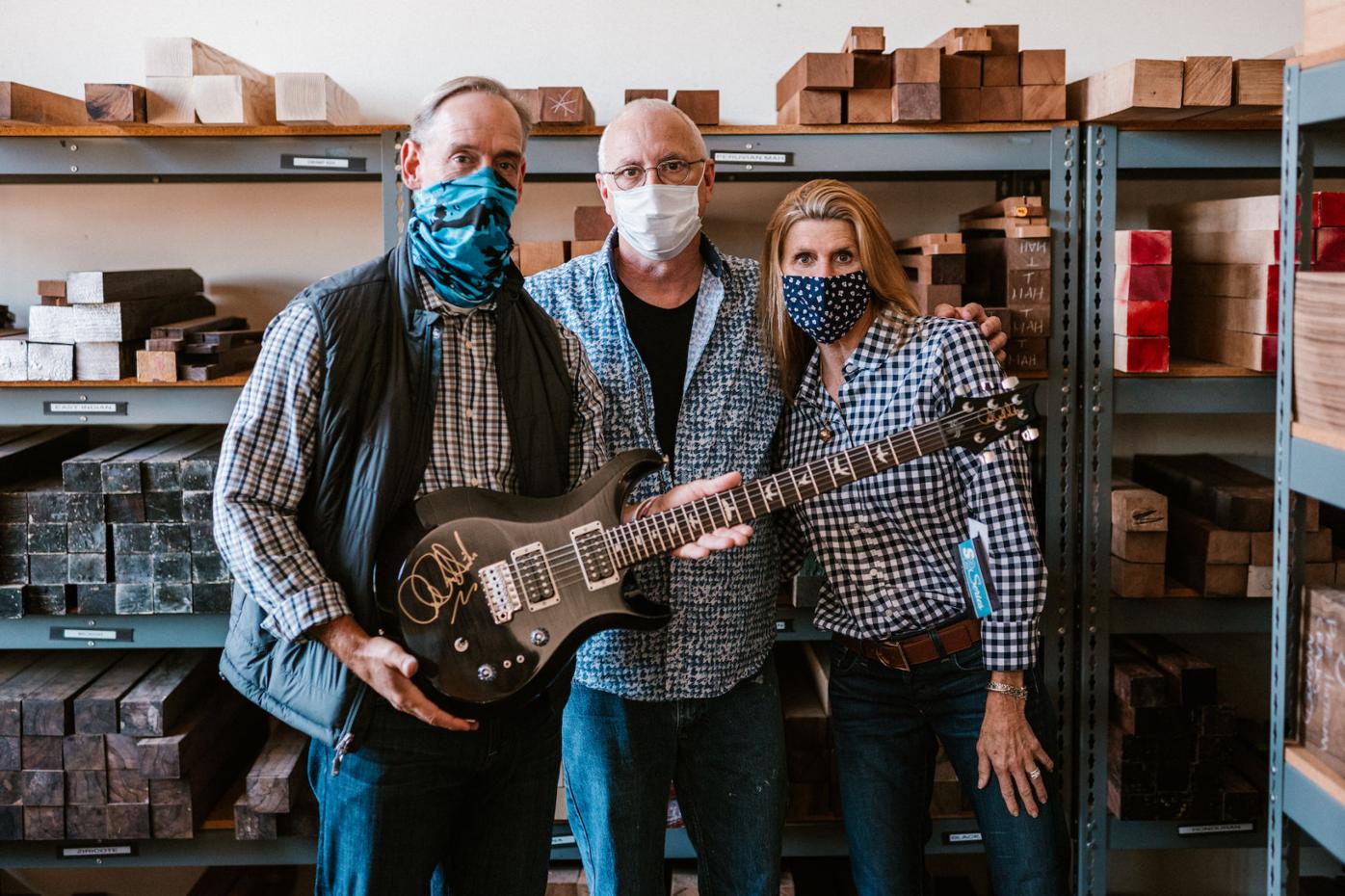 Paul Reed Smith autographs a guitar to be auctioned to benefit Pathfinders for Autism.

STEVENSVILLE — On Friday, Nov. 6, baseball legend B.J. Surhoff and his wife, Polly Winde Surhoff, visited the PRS Guitars’ Factory in Stevensville. The purpose of the visit was to take a private tour of the factory with PRS founder, Paul Reed Smith, and to pick up a special Maryland made PRS S2 guitar to be auctioned off to benefit Pathfinders for Autism.

William James “B. J.” Surhoff (born Aug. 4, 1964) is an American former catcher, outfielder, first baseman, third baseman, and designated hitter in Major League Baseball. Over his 18-year MLB career, he played every position except pitcher. After playing for the Orioles from 1996 to 2000, he rejoined the team in 2003 and played through the 2005 season. He started his career with the Milwaukee Brewers (1987–1995) and also played for the Atlanta Braves (2000–2002).