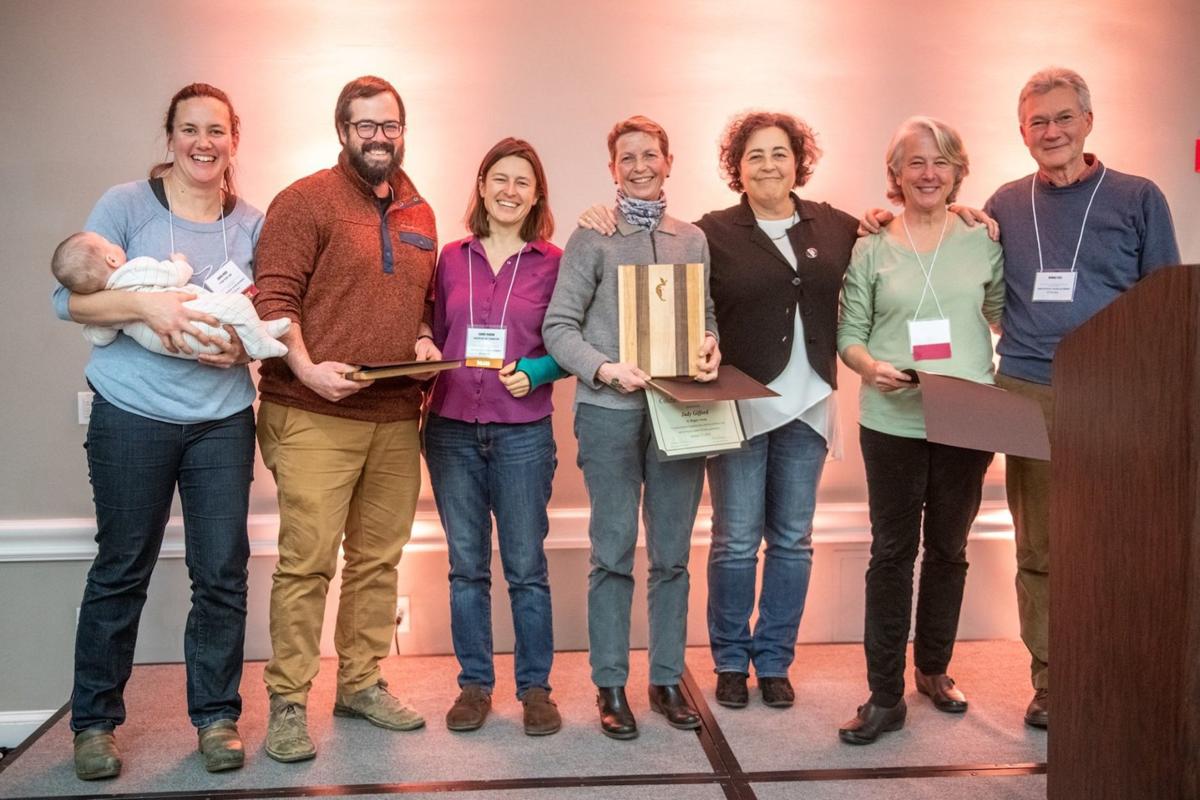 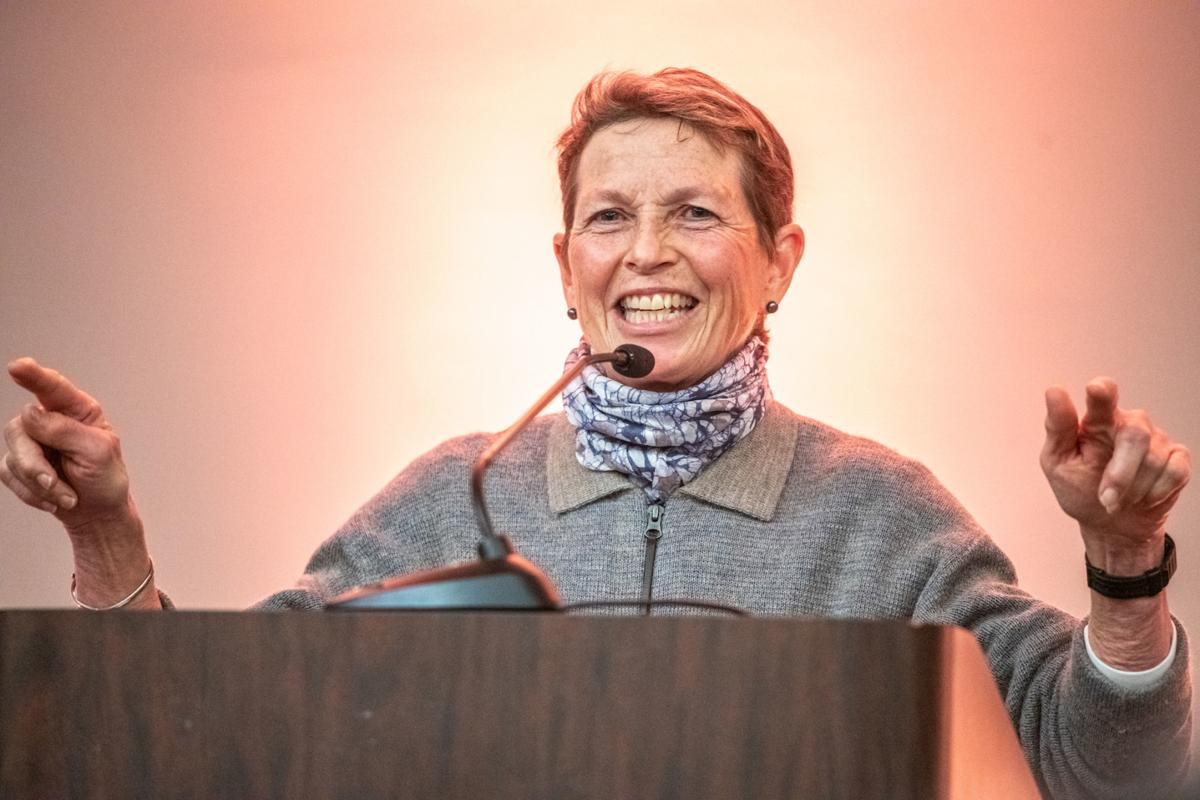 Judy Gifford accepts the Colchester Legacy Farmer of the Foodshed award from Future Harvest at its 21st annual conference “Farming for Our Soils, Livelihood and Community” in College Park Jan. 17.

Judy Gifford accepts the Colchester Legacy Farmer of the Foodshed award from Future Harvest at its 21st annual conference “Farming for Our Soils, Livelihood and Community” in College Park Jan. 17.

According to a news release, they received the Colchester Legacy Award at Future Harvest’s 21st annual conference, which took place Jan. 16 to 18 at the College Park Marriott in Hyattsville.

“Their farming practices are 100% in sync with our mission — Judy and Robert are stellar educators and take great care to farm in ways that are good for their business, and their land and water,” said Dena Leibman, Future Harvest’s executive director.

On the evening of the awards, Future Harvest also debuted its short film “Go Grassfed,” which features Gifford on her farm, aptly named after the patron saint of dairymaids and scholars, titles that describe her and her husband Fry, who is a veterinarian, the release states.

“Cows were meant to be grazers. That’s what they do. That’s how they were originally designed. Our basic tenet from the beginning was ‘Cows should be outside as much as possible and eat grass,’” Gifford said of their pasture-raising practices.

At St. Brigid’s Farm, on 62 acres near Kennedyville, Gifford and Fry do managed intensive grazing with 200 Jersey cows for dairy, grassfed beef and veal. Meats are sold directly to individuals and restaurants and milk is sold through their Land O’Lakes cooperative, where it is turned into cheese, butter and nonfat milk powder.

Nearly two years ago, Gifford and Fry welcomed a Lely automatic milking machine, and later hosted a field day with Future Harvest to teach other farmers about the technology. The cows go out to pasture from 6 to 9 a.m. and then come in for milking, and are out again later in the day.

When Colchester Farm, the sponsor of the Delmarva region award, closed in 2017, the board directed all of the remaining assets to Future Harvest to support sustainable farming practices in the Chesapeake Water- and Food-shed, and specifically in support of the Delmarva Beginner Farmer Training Program and in establishing the award.

Future Harvest was founded in 1998 with the mission to advance agriculture that sustains farmers, communities and the environment through education, networking, advocacy and research.

Its vision is to help build a sustainable Chesapeake foodshed, where food flows from farm and fishery to table in ways that strengthen farming and the regional food economy; protect our land, water, and air; and provide healthy, nutritious food that sustains the region’s communities, the release states.

Future Harvest’s 23-member board of directors examined criteria such as exemplary farming practices that increase profitability, protect the Chesapeake Bay, and give back to the region’s communities.

The board selected St. Brigid’s Farm as one of three farms to be honored at the annual conference.