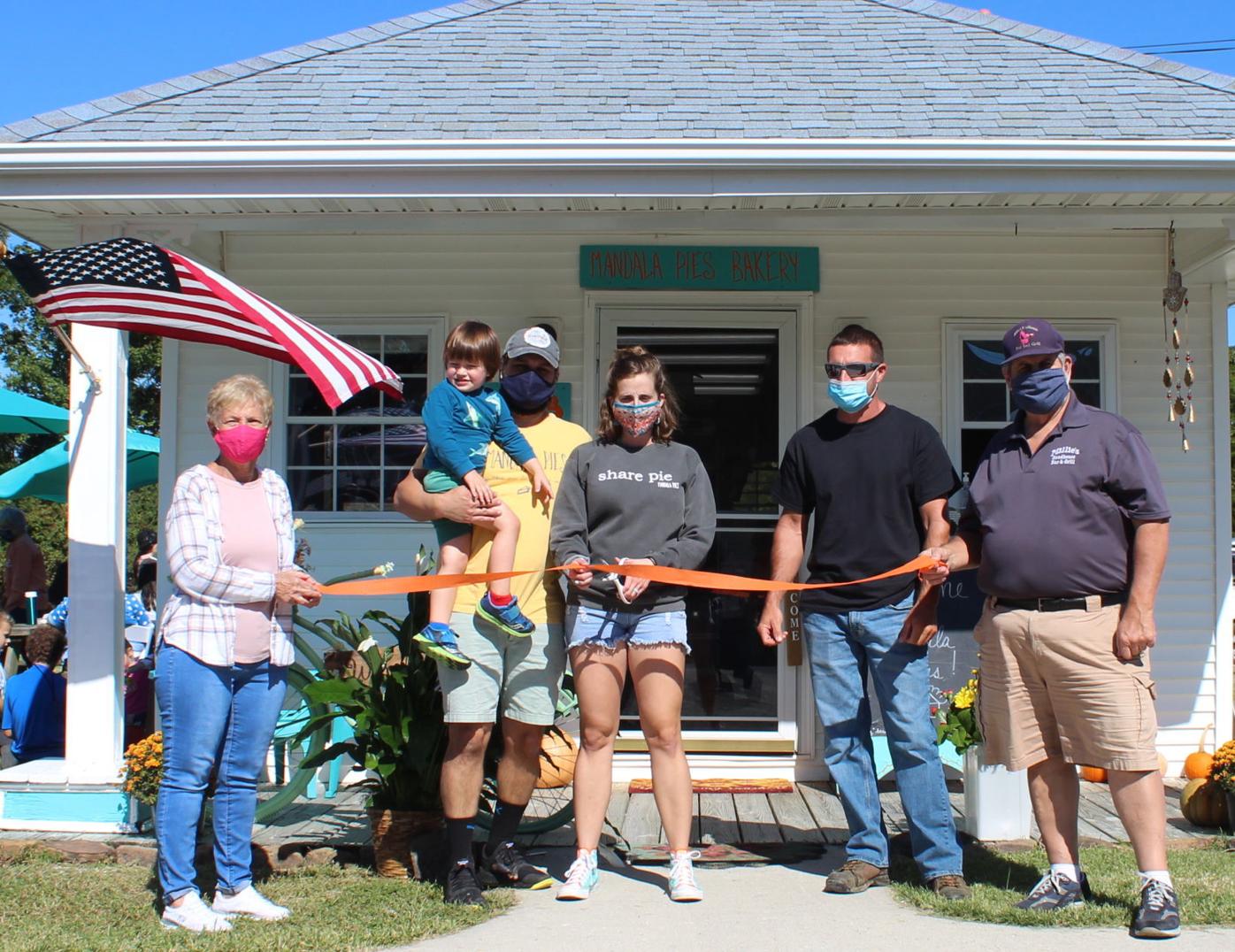 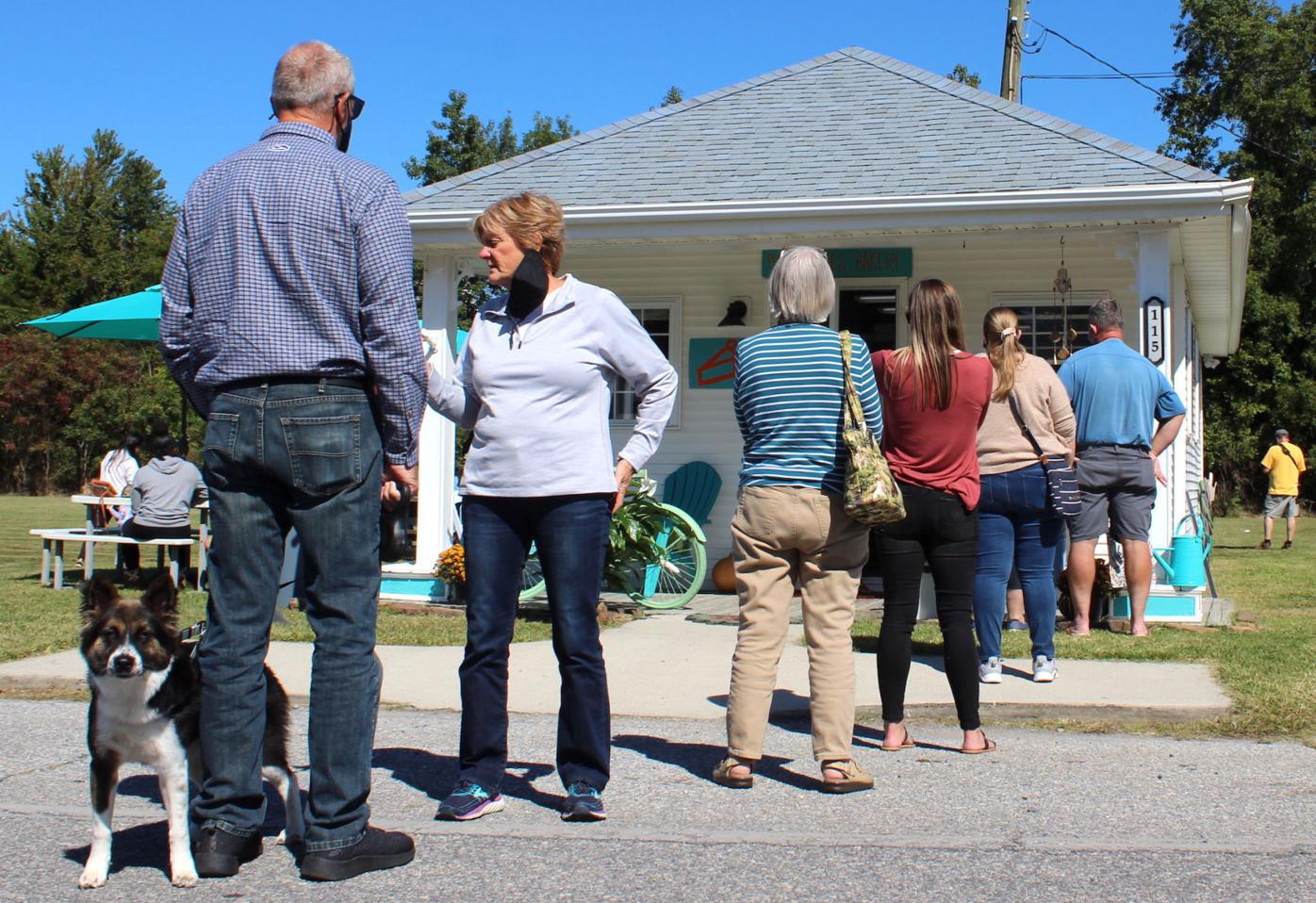 Pie lovers wait in line for pies at the Mandala Pies grand opening in Vienna. 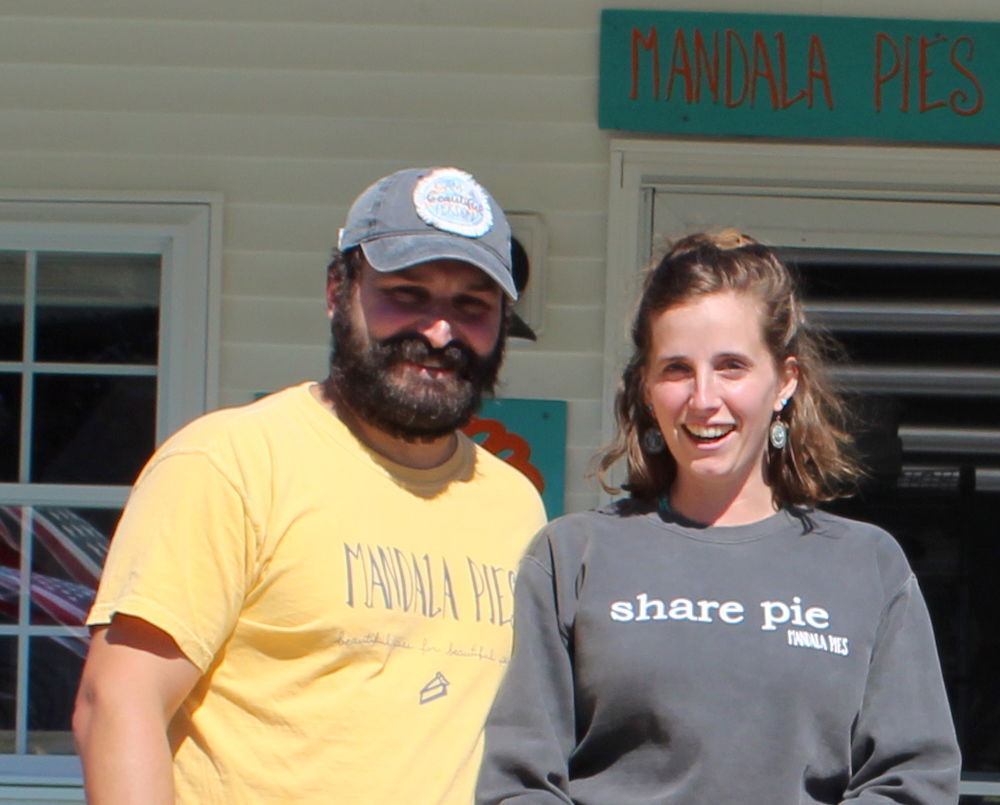 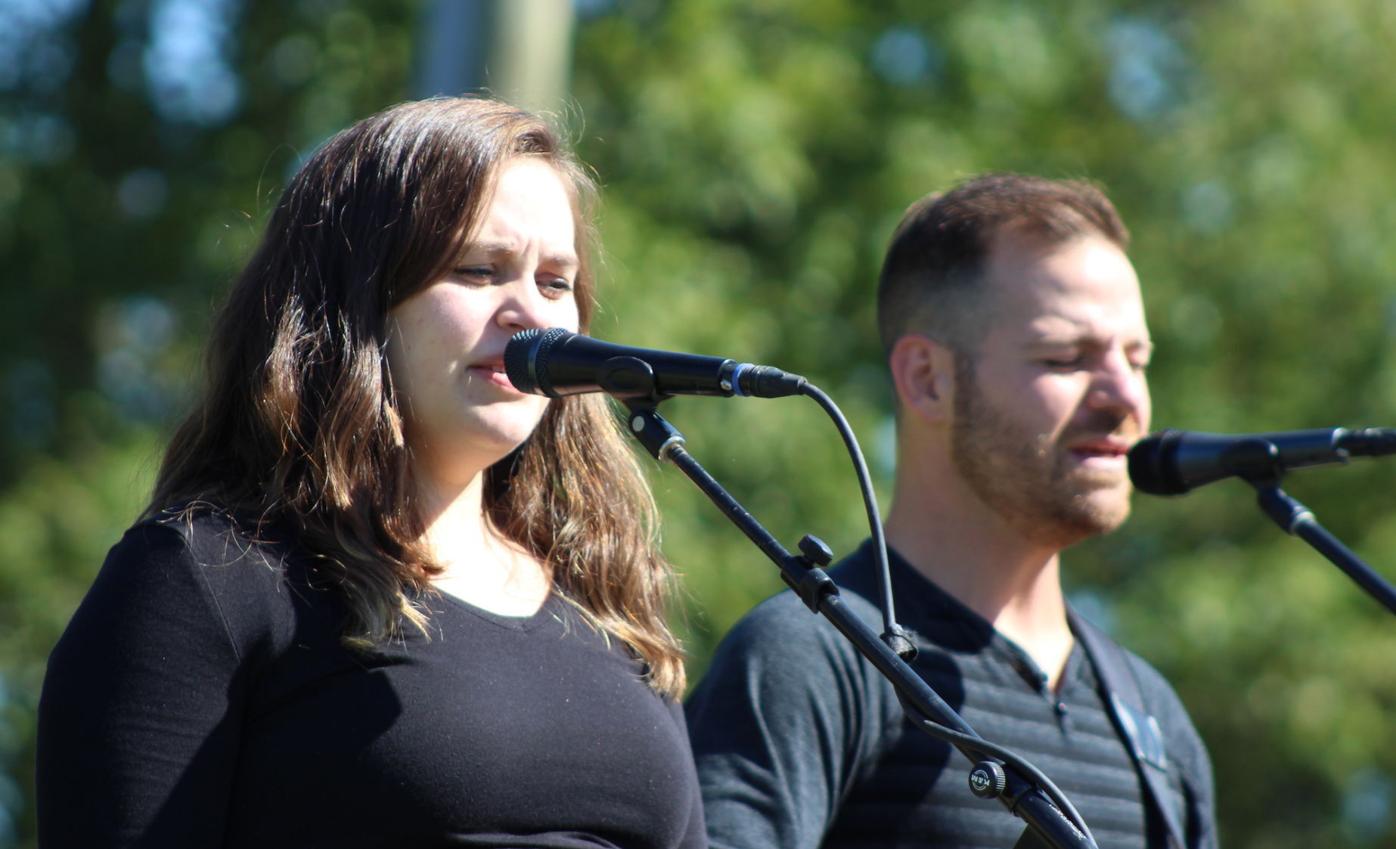 Meredith Jones and Neil Helgeson of Union Road, a Salisbury duo, perform at the grand opening of Mandala Pies in Vienna.

Pie lovers wait in line for pies at the Mandala Pies grand opening in Vienna.

Meredith Jones and Neil Helgeson of Union Road, a Salisbury duo, perform at the grand opening of Mandala Pies in Vienna.

CAMBRIDGE — Pie lovers turned out by the baker’s dozens for the grand opening of Mandala Pies on Saturday, Oct. 3, in Vienna. Owners Mike and Caitlin LaComb welcomed guests and well-wishers and served almost 200 slices of pie at the event that featured live music and kids’ activities.

The LaCombs’ journey to Vienna began three years ago. Mike LaComb explained that the idea to make pies started when they could not take their annual trip to Florida because of the birth of their son.

“Caitlyn decided she would make a key lime pie,” he said.

Multiple attempts at key lime, and then versions of other pies ensued, leading the couple to begin to look for a location in increase their ability to produce pies on a larger scale.

The business’s motto explains the LaComb’s business and baking philosophy. “Beautiful pies for beautiful people made from scratch, with love, using organically grown and locally sourced ingredients,” it reads. The name of the bakery itself reflects those same values. According to the bakery’s website, “A traditional mandala is a beautiful circular design created with good intention and conscious effort, symbolizing unity and wholeness. As a metaphor for our pies, both are meant to add more joy and happiness to the world.”

In addition to being bakers and entrepreneurs, the LaCombs are both veterans of service in the Army, and Mike still works for the Army as an instructor.

Vienna Mayor Jamie MacFarlane said that Mandala Pies was a great addition to the town’s food offering. “We’re very happy to have them come to Vienna — it’s something different and unique that attracts people to come to town,” he said.

“They’ve hung in there and pushed it,” she said, adding, “It’s wonderful.”

Across the street, Millie’s Road House Bar was having a busy Saturday lunch time despite adhering to COVID-related limitations on indoor seating. Millie’s co-owner Greg Cusick joined the LaCombs and representatives from the town during the ribbon cutting.

Mike said when the Vienna location was being considered, he was not familiar with the town, but he thought that the process of deciding on the location and making it happen had gone well. “It’s been a fun ride,” he said.

During the ribbon cutting, Caitlin thanked the town residents and leadership. “It means a lot how welcoming you all have been,” she said.

Multiple types of pie were so popular at the event that they sold out. Mike’s choice favorite pie varies.

“It depends on what day it is,” he said, although he indicated that key lime pie and lemon pie with strawberry swirl are in his top tier.

In addition to the new location on Ocean Gateway in Vienna, Mandala Pies also sells pies at farmer’s markets in Fredericksburg, Virginia, and is a popular vendor at Cambridge’s farmer’s market from 3 p.m. to 6 p.m. on Thursdays through November.

More information and a menu can be found online at https://www.beautifulpiesforbeautiful people.com/.