The controversial statues honors Talbot County residents who fought for the Confederacy during the U.S. Civil War.

A social media poster promoting the June 19 (Juneteenth) march and rally calling for the removal of the Talbot Boys Confederate statue.

EASTON — Advocates for removing the Talbot Boys Confederate memorial from the county courthouse lawn in Easton are planning a big march and rally on Juneteenth, June 19.

The holiday commemorates the Emancipation Proclamation and the end of slavery. The Move the Monument Coalition is organizing a march and rally in Easton with hopes of attracting more than 1,000 attendees.

The group wants to see the Talbot Boys monument which honors local residents who fought for the Confederacy during the Civil War taken off the Talbot Courthouse lawn. “Our demand is to remove the Talbot Boys. We are hoping to get some high-profile speakers,” said Denice Lombard, who is one of the leading activists with the Move the Monument group.

Lombard said her group is launching a national media and public advocacy campaign to promote the event and keep up efforts — and pressure — to remove the statue. “We plan to have 1,000 people,” said Lombard. More details of the planned event are still being determined.

She said the group is working with the county and town of Easton on logistics and permits for the Juneteenth rally. “We’re working very closely with the health department. We have a permit from the county,” Lombard said.

Current plans call for a march starting on Marlboro Avenue progressing into downtown Easton and the courthouse where the controversial statue has been located since being erected in 1916.

The county council voted 3-2 last year to keep the statue. Since then, activists for its removal have been holding in-person rallies and virtual events to talk about the history of Confederate memorials as well as slave trading that occurred at and near the site of the courthouse and the Talbot Boys.

“We want to ramp up the pressure on the council,” Lombard said of the continued efforts to remove the statue. The goal is to bring more regional and national attention to the Talbot Boys issue, Lombard said.

Proponents of removing the statue say it at least needs to be taken off public property and from the courthouse lawn. “It’s a symbol of white supremacy,” Lombard told The Star Democrat.

A number of other Confederate memorials and statues, as well as some with links to slavery or the mistreatment of African Americans and indigenous persons, have been removed or vandalized across the country during and since last year’s social unrest over the police killing of George Floyd and the burgeoning Black Lives Matter movement.

Baltimore recently removed a statue of John O’Donnell, an Irish-born maritime trader who founded the Canton area but also owned slaves. Baltimore Mayor Brandon Scott has promised to keep the spotlight on the issue of Confederate memorials as well as renaming streets and schools with names linked to slavery and racism.

The fate of the Talbot Boys could go to local voters in 2022. Proponents of keeping the statue saying removing it erases history and its lessons. County Councilwoman Laura Price has also recently re-floated the idea of a Unity Monument that would add the names of local Union soldiers to the Confederate names on the Talbot Boys monument.

Rehabbed seal Eloise was released in back into the Atlantic Ocean at Assateague State Park on April 7. She was rehabbed at the National Aquarium in Baltimore.

The seal pup was rescued in Delaware and transported to the National Aquarium in Baltimore on Valentine’s Day.

The grey seal pup was released back into the Atlantic Ocean.

The seal pup was rescued from Cape Henlopen, Delaware and arrived at the National Aquarium in Baltimore on Valentine’s Day, Feb. 14. She was malnourished with a few lacerations on her neck, according to the aquarium

Eloise’s rehab at the aquarium focused on nutrition and transitioning her from gruel to learning how to eat fish on her own. Prior to her release was eating up to ten pounds of herring a day.

“Eloise surpassed all of her rehabilitation milestones making her eligible for release into the ocean, according to our partners at the National Oceanic and Atmospheric Administration,” said Jennifer Dittmar, director of animal rescue for the National Aquarium.

“The ultimate goal for all of our rescue patients is release back into their natural habitats, so it’s always a great day for our team when we can make that happen,” Dittmar said.

The aquarium also recently took in a rescued seal pup found in Ocean City. His name is Stuart Little.

EASTON — The man accused of attacking an older married couple on the sidewalk in downtown Easton in March was deemed not competent to stand trial on Wednesday based on a physician’s mental evaluation of him.

District Judge Karen Ketterman said Myron Johnson, 43, is not fit to face criminal prosecution due to his “disorganized thinking” and “severe mental disorder.”

Ketterman read Johnson’s evaluation in court Wednesday, and said that he has “tangential thoughts” and seems to “manifest grandiose delusions.” She also said he “lacks insight into his own mental illness” and exhibits an inability to consult with his lawyer.

The judge recommended Johnson be released from the Talbot County Detention Center and committed to the state health department. She said to keep him in the county jail, where he has been since his arrest for allegedly assaulting the 77- and 80-year-old pair, would not be “appropriate.”

Johnson will be reevaluated in 90 days to determine whether the court can proceed with resolving the criminal case against him. He is charged with first-degree assault, two counts of second-degree assault and reckless endangerment.

The charges stem from an incident on March 10 that involved Johnson allegedly striking the man, 80, and the woman, 77, in the face with his hand and fist after he bumped into them on the sidewalk and made an “obscene comment,” according to court documents.

Police said the woman was “struck repeatedly,” and hard enough that she had a “profusely” bleeding wound on her forehead that required 15 stitches. The man had a black eye, but he did not require medical care.

Christine DuFour, Johnson’s public defender, said Wednesday she hopes the matter might be “more quickly resolved” if Johnson is “amenable to restarting his medication” within the next 90 days.

DuFour said she “intend(s) to work very hard on [Johnson’s] behalf.” Further proceedings in Johnson’s case are expected to be scheduled for late July. 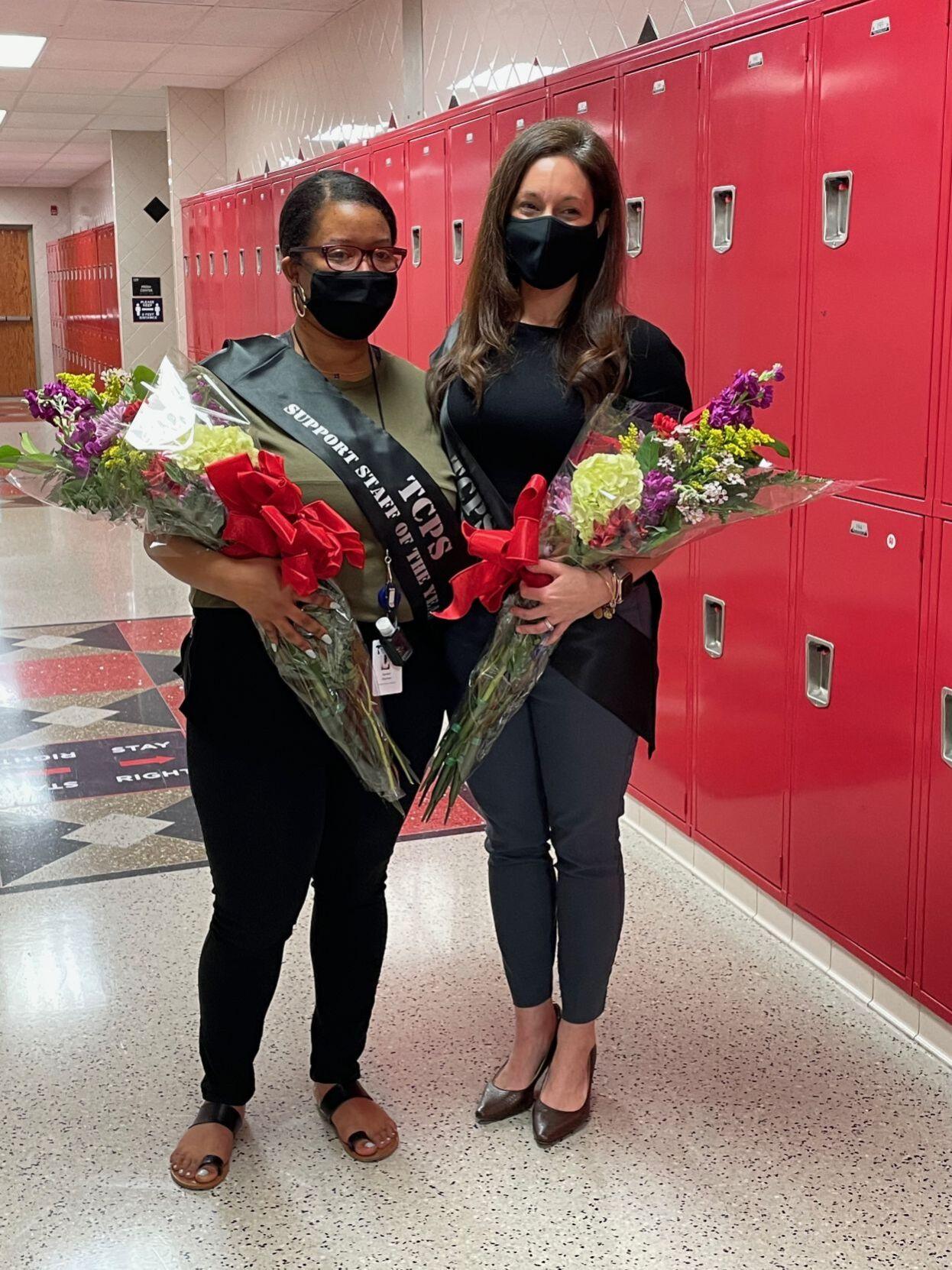 Talbot County Public Schools has announced that Ayonna Hayman (left) and Lauren Greer (right) have been named Support Staff of the Year and Teacher of the Year for 2021-2022. (Story on Page A3.) 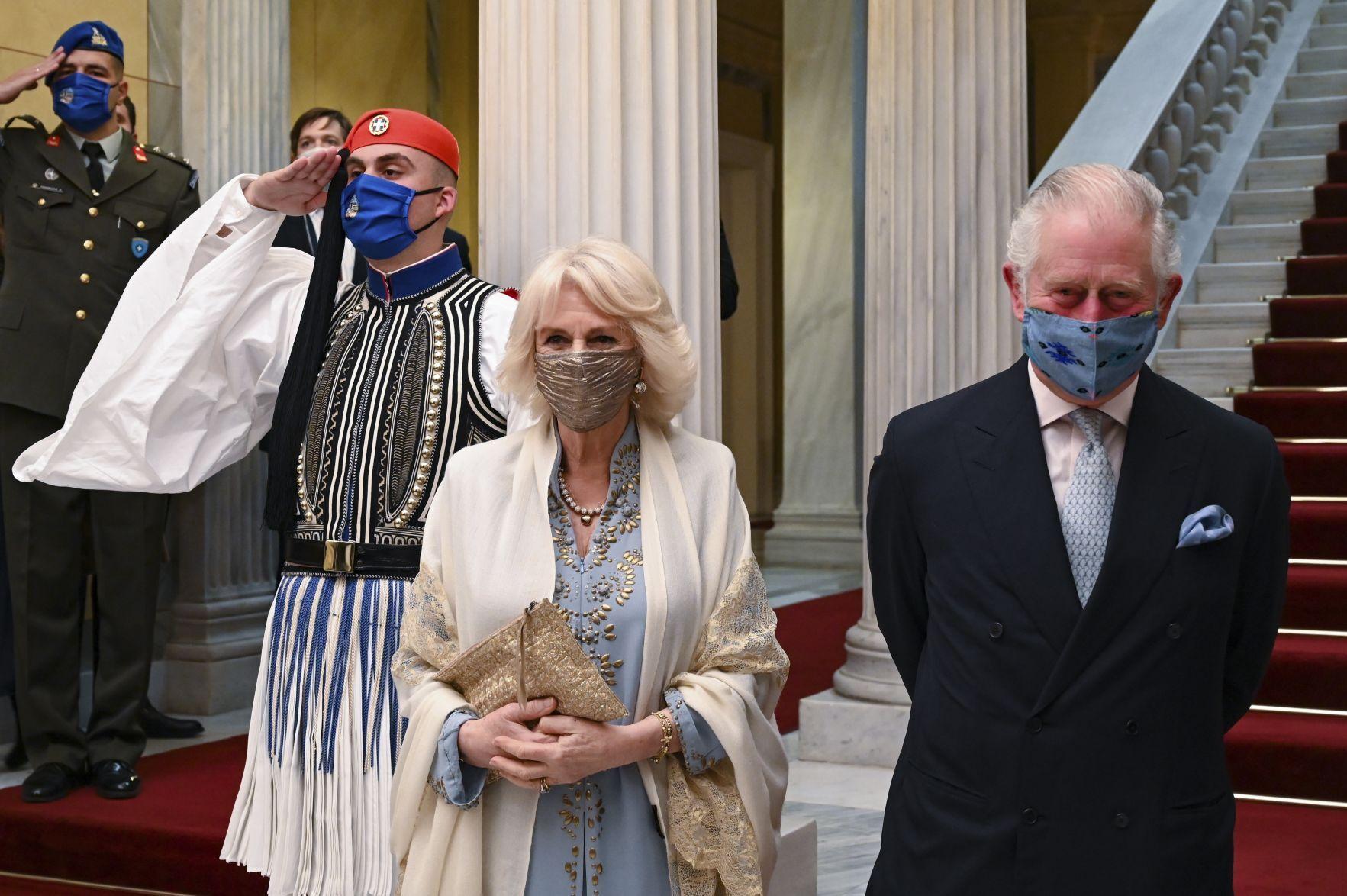 Britain's Prince Charles and his wife Camilla, the Duchess of Cornwall, arrive for an official dinner at the Presidential Palace in Athens, Wednesday, March 24, 2021. Greece on Wednesday kicked off two days of celebrations to mark the bicentenary of the start of the country's war of independence, although events are far more muted than originally planned due to the pandemic. (Angelos Tzortzinis/Pool via AP)