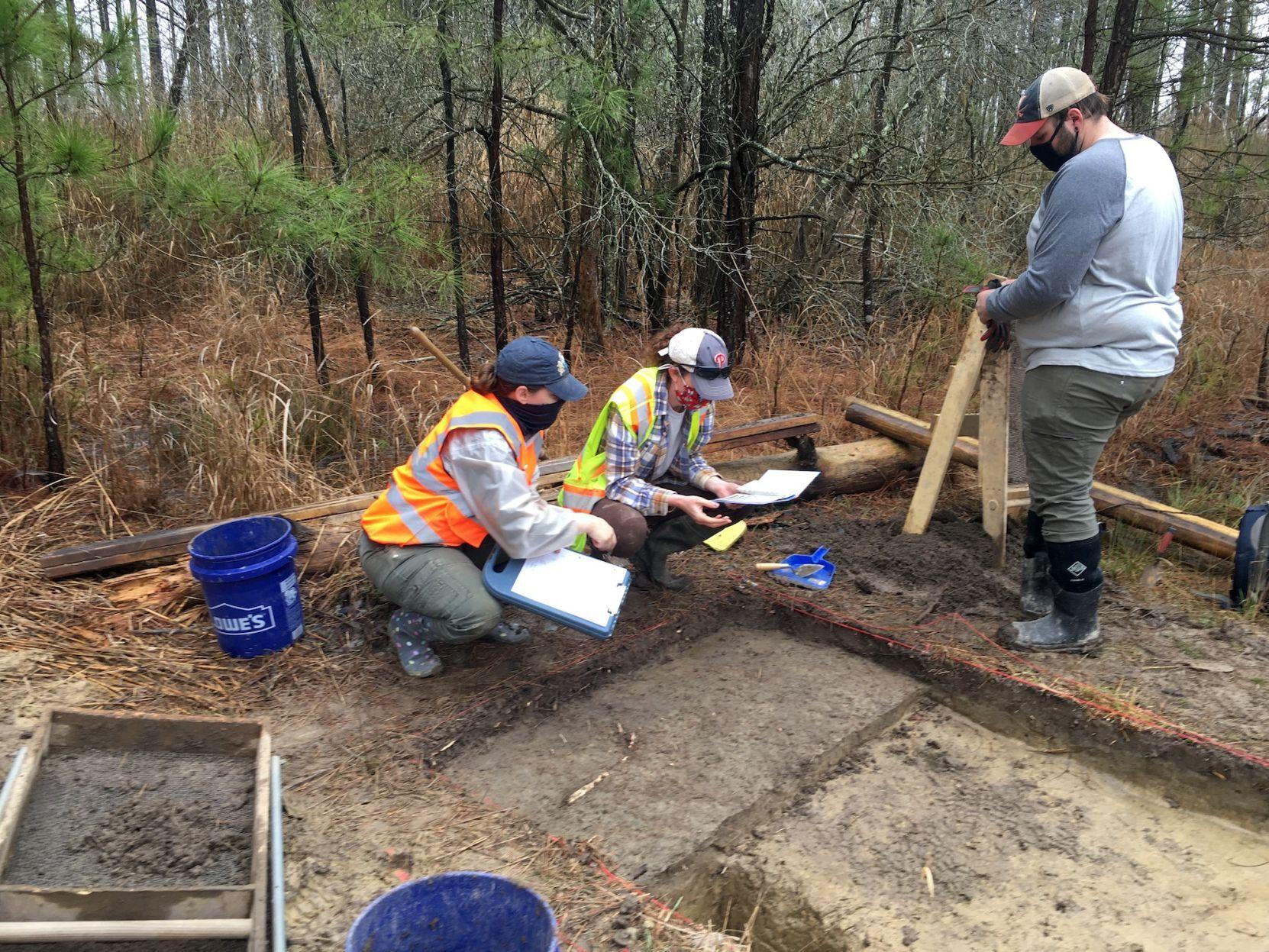 Maryland Lt. Gov. Boyd Rutherford joined state and federal partners at the Harriet Tubman Underground Railroad Visitor Center on Tuesday, April 20, to announce the discovery of the historic homesite once owned by the father of famed abolitionist and Underground Railroad conductor Harriet Tubman. The former home of Harriet Tubman’s father, Ben Ross, was discovered on property acquired in 2020 by the U.S. Fish and Wildlife Service (USFWS), as an addition to Blackwater National Wildlife Refuge in Dorchester County. An archaeology team led by the Maryland Department of Transportation (MDOT) State Highway Administration (MDOT SHA), conducted research that led to the discovery.

“This discovery adds another puzzle piece to the story of Harriet Tubman, the state of Maryland, and our nation,” said Rutherford. “It is important that we continue to uncover parts of our history that we can learn from, especially when they can be lost to time, and other forces. I hope that this latest success story can inspire similar efforts and help strengthen our partnerships in the future.”

USFWS purchased the 2,600-acre Peter’s Neck property for $6 million with Land and Water Conservation Funds and revenues from the Federal Duck Stamps program, along with assistance from The Conservation Fund. This land was purchased as a critical addition with the impact of sea-level rise to provide future marsh migration and outdoor recreation. The property contains 10 acres bequeathed to Ben Ross by Anthony Thompson in the 1800s. As outlined in Thompson’s will, Ben Ross was to be freed five years after Thompson’s death in 1836. Ben Ross was freed from slavery and received the land in the early 1840s.

“When we protect vulnerable habitats, we help preserve the stories of those who came before us, like Harriet Tubman’s father, Ben Ross,” said USFWS Chief of the National Wildlife Refuge System Cynthia Martinez. “Acquiring Peter’s Neck last year was a critical addition to Blackwater National Wildlife Refuge, as the area is predicted to naturally convert to marsh by 2100 because of sea-level rise. We look forward to working with our partners to create more opportunities to connect people to nature and strengthen the bond between the land and community.” 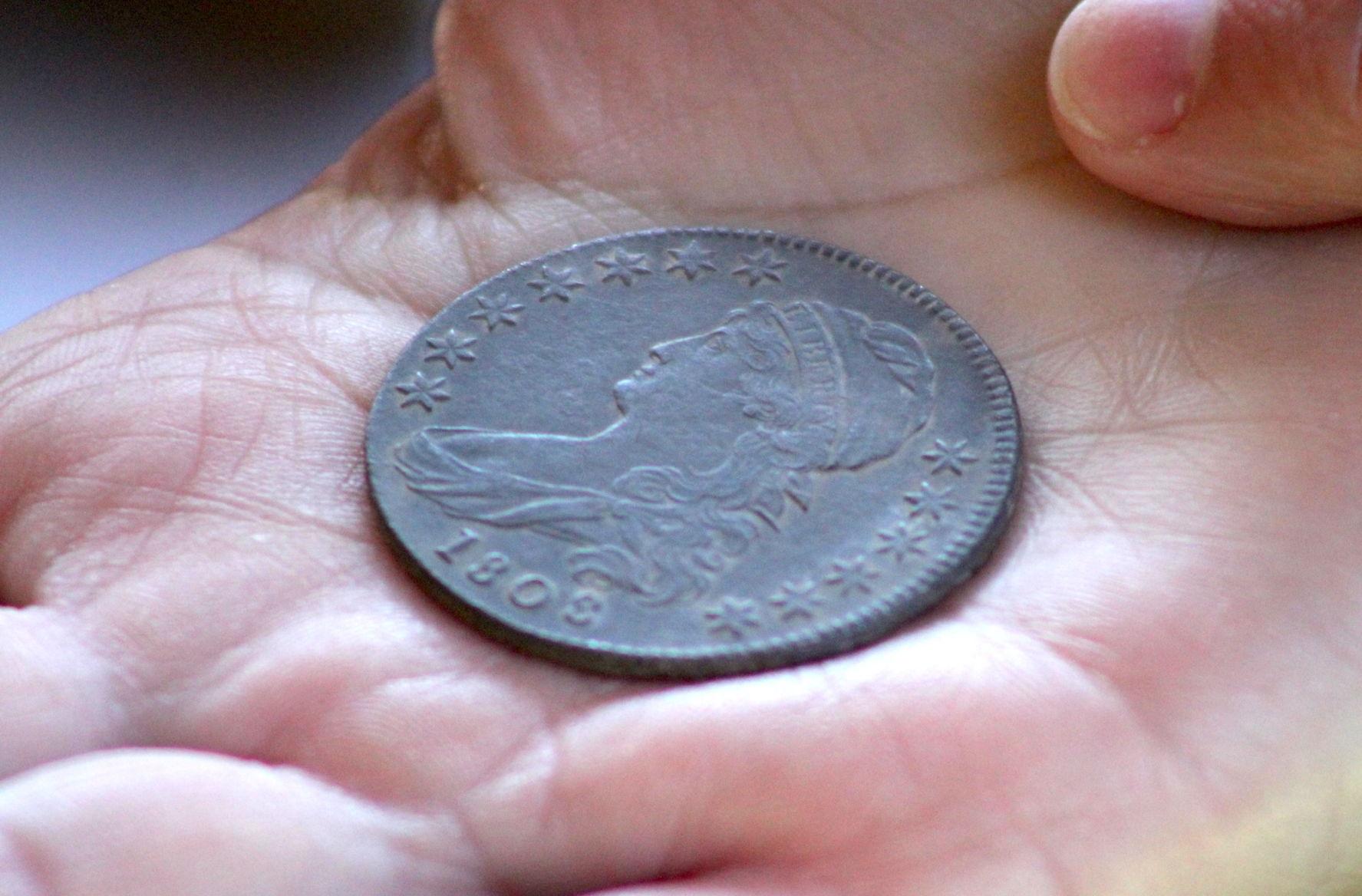 MDOT SHA’s archaeology team, led by MDOT SHA Chief Archaeologist Dr. Julie Schablitsky, began searching for evidence linked to Ben Ross in November. When they returned in March to continue their search, Schablitsky and her team found numerous artifacts dating to the 1800s, including nails, brick, glass, dish fragments and even a button. At today’s event announcing the confirmation that these artifacts were evidence of Ben Ross’s cabin, Schablitsky discussed their historical and cultural significance.

Schablitsky described the initial unsuccessful search for the site, and how the use of a metal detector as a last investigative tool revealed the discovery of an 1808 half dollar as the first find at what researchers recognize as the site of Ross’s cabin.

“The importance of discovering Ben Ross’ cabin here is the connection to Harriet Tubman. She would’ve spent time here as a child, but also she would’ve come back and been living here with her father in her teenage years, working alongside him,” said Schablitsky. “This was the opportunity she had to learn about how to navigate and survive in the wetlands and the woods. We believe this experience was able to benefit her when she began to move people to freedom.” 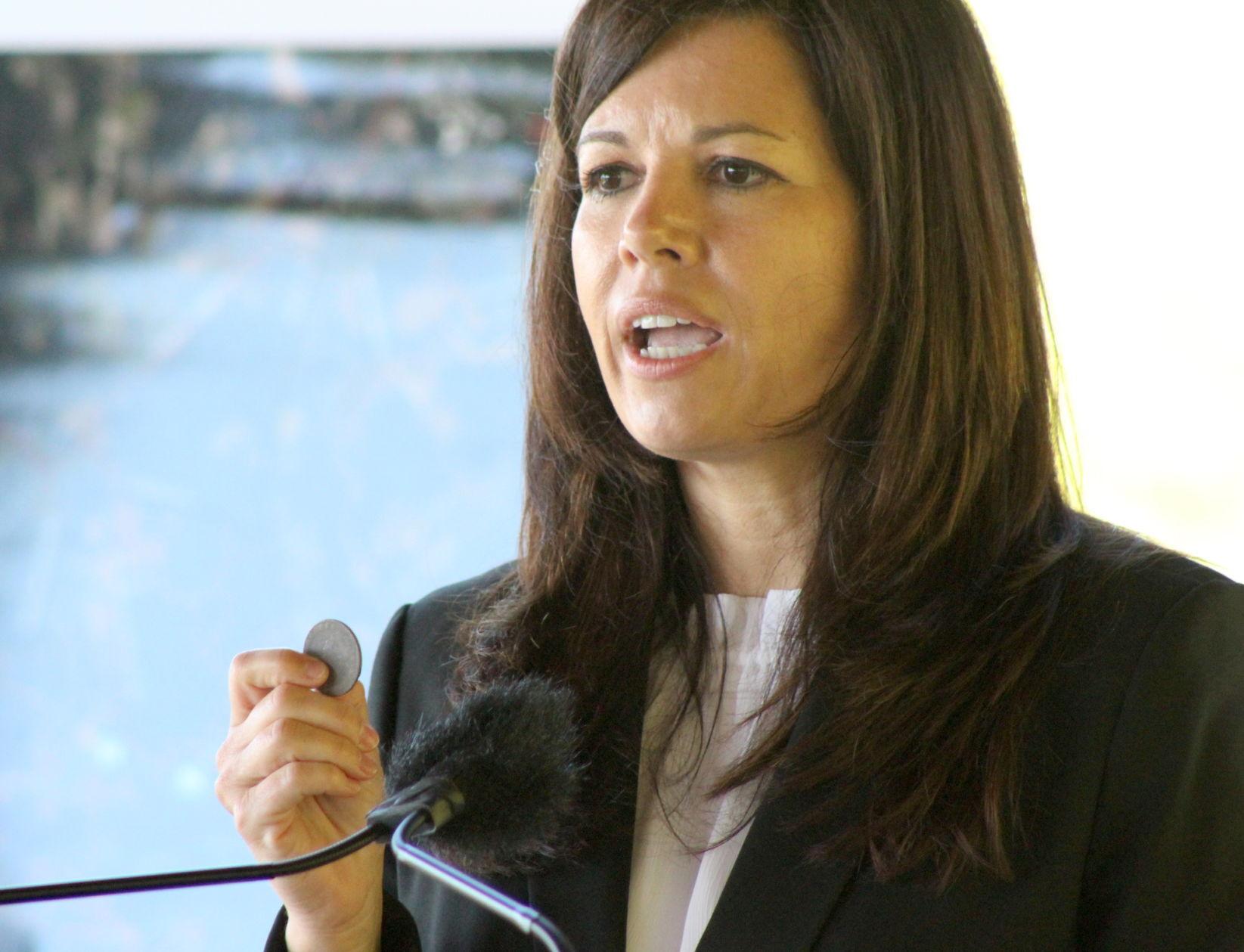 Harriet Tubman was born Araminta Ross in March 1822, on the Thompson Farm near Cambridge in Dorchester County. She and her mother were enslaved by the Brodess family and moved away from the farm when she was a toddler. Ben Ross felled and sold timber, which was transported by free black mariners to Baltimore shipyards and used to build ships. Harriet Tubman learned to navigate difficult terrain while working with her father. Interacting with mariners also provided knowledge of waterways on the East Coast, which may have helped her lead people to freedom via the Underground Railroad.

Wyatt remarked that seeing the decorative nature of some of the pottery made her rethink the nature of everyday life for her ancestors.

The archaeological discovery of Ben Ross’ home site will be highlighted on the historic Thompson Farm where he and his family were enslaved. This new point of interest will be officially added to the Harriet Tubman Underground Railroad Byway, designated an All-American Road by the U.S. Department of Transportation Federal Highway Administration (FHWA). The byway is a 125-mile, self-guided scenic drive that includes more than 30 sites related to Harriet Tubman’s life and legacy.

“The landscape surrounding our 17-acre park looks much the same today as it did then. This view offers a powerful experience that really allows you to appreciate how well Tubman knew the terrain and how she used it to help others to freedom,” said Maryland Department of Natural Resources Secretary Jeannie Haddaway-Riccio. “Preserving and protecting these newly discovered artifacts provides an additional way to experience her heroic story and connection to the land.”

FHWA provided funding for this archaeological dig and has provided funding to support operation of the Harriet Tubman Underground Railroad Byway because of the link to Maryland’s transportation network.

1Former Minneapolis Officer Derek Chauvin was convicted Tuesday of murder and manslaughter for pinning George Floyd to the pavement with his knee on the Black man’s neck in a case that touched off worldwide protests, violence and a furious reexamination of racism and policing in the U.S. Chauvin, 45, could be sent to prison for decades. Chauvin was found guilty on all charges: second-degree unintentional murder, third-degree murder and second-degree manslaughter. The verdict was met with cheers outside the courthouse (Story on A2)

2Carpe Diem Arts has joined forces with Brookletts Place Talbot County Senior Center and the Talbot County Free Library to present the popular virtual Heritage Monthly Concert Series every fourth Friday of the month at 4 p.m. through June. The concerts will be presented via Zoom and Facebook Live. (Story on A8)

3On this date in history, in 1649, the Maryland Toleration Act, providing for freedom of worship for all Christians, was passed by the Maryland assembly. In 1918, Manfred von Richthofen, 25, the German ace known as the “Red Baron” who was believed to have downed 80 enemy aircraft during World War I, was himself shot down and killed while in action over France. In 1977, the musical play “Annie,” based on the “Little Orphan Annie” comic strip, opened on Broadway, beginning a run of 2,377 performances. In 1980, Rosie Ruiz was the first woman to cross the finish line at the Boston Marathon; however, she was later exposed as a fraud. (More history on A4)

CAMBRIDGE — Police arrested four men in connection with a fatal shooting on April 5 in Cambridge.

Maryland State Police (MSP) took custody of the four men in separate arrests over a five-day period. Each are charged with first-degree murder. 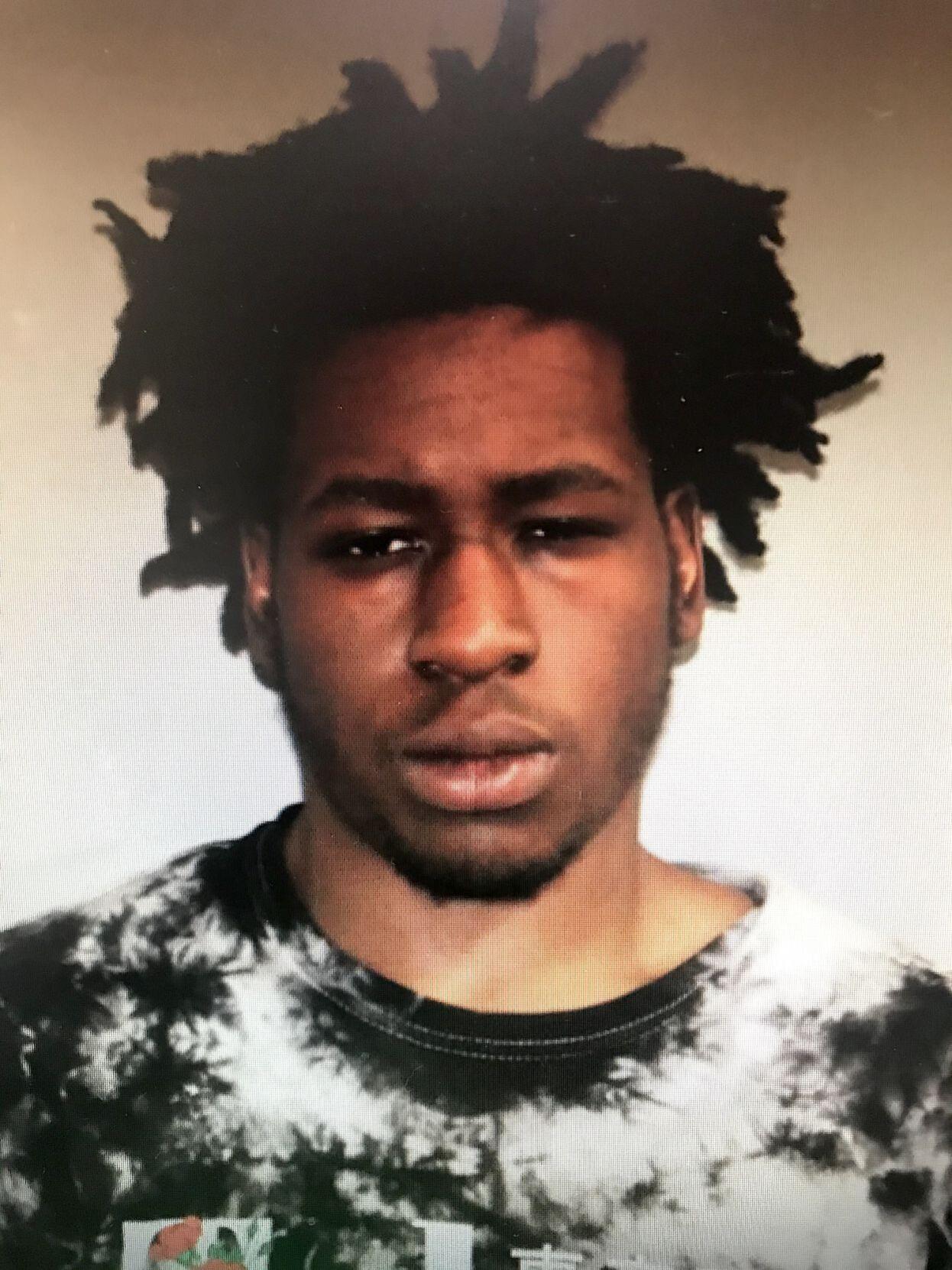 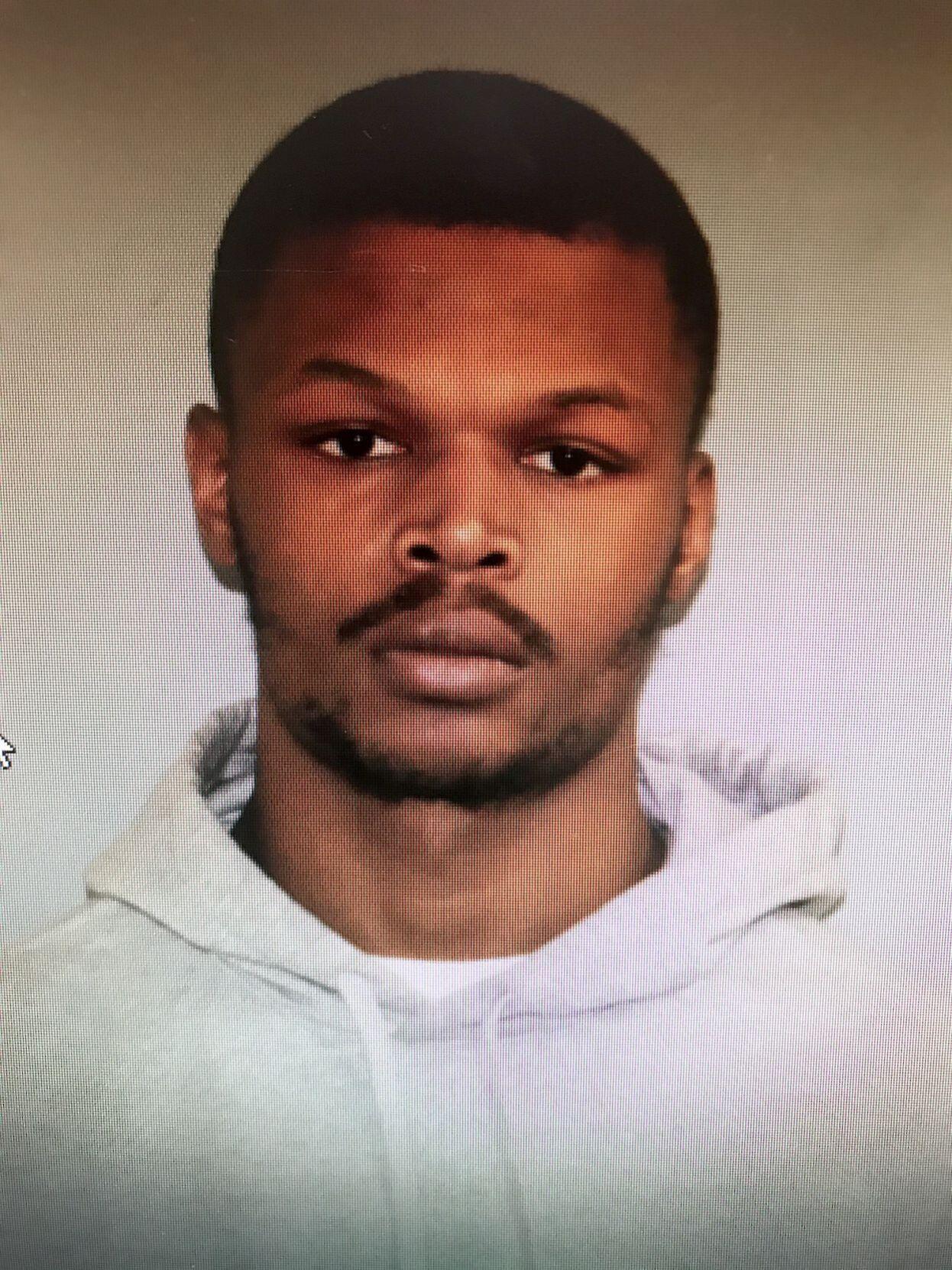 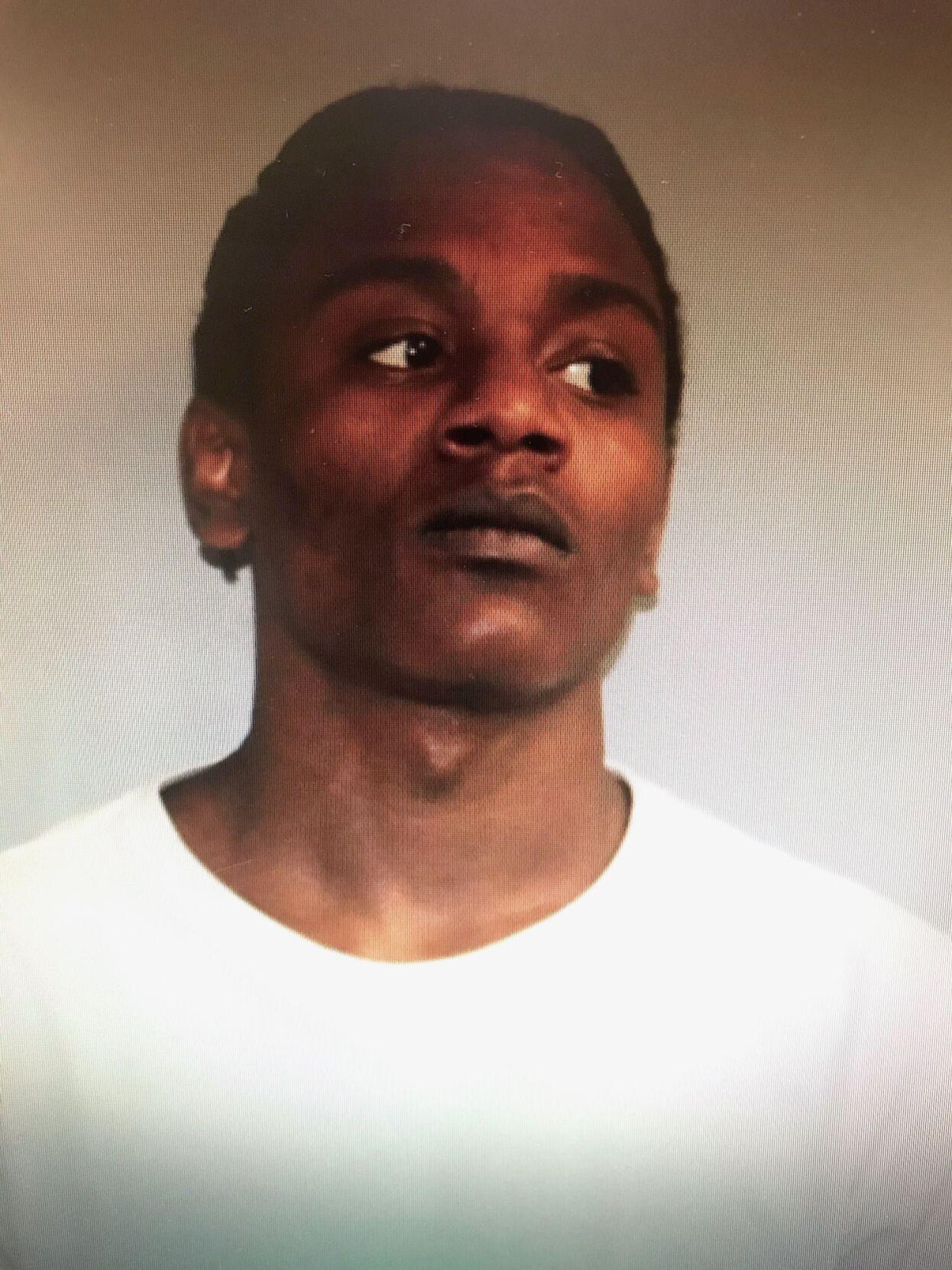 Police identified the victim in the April 5 shooting as 22-year-old Da’Jour Sorrell of Cambridge. He was pronounced deceased by personnel at the University of Maryland Shore Medical Center at Dorchester after being transported from the scene. The autopsy determined Sorrell’s death was the result of multiple gunshot wounds, and his death was ruled a homicide. 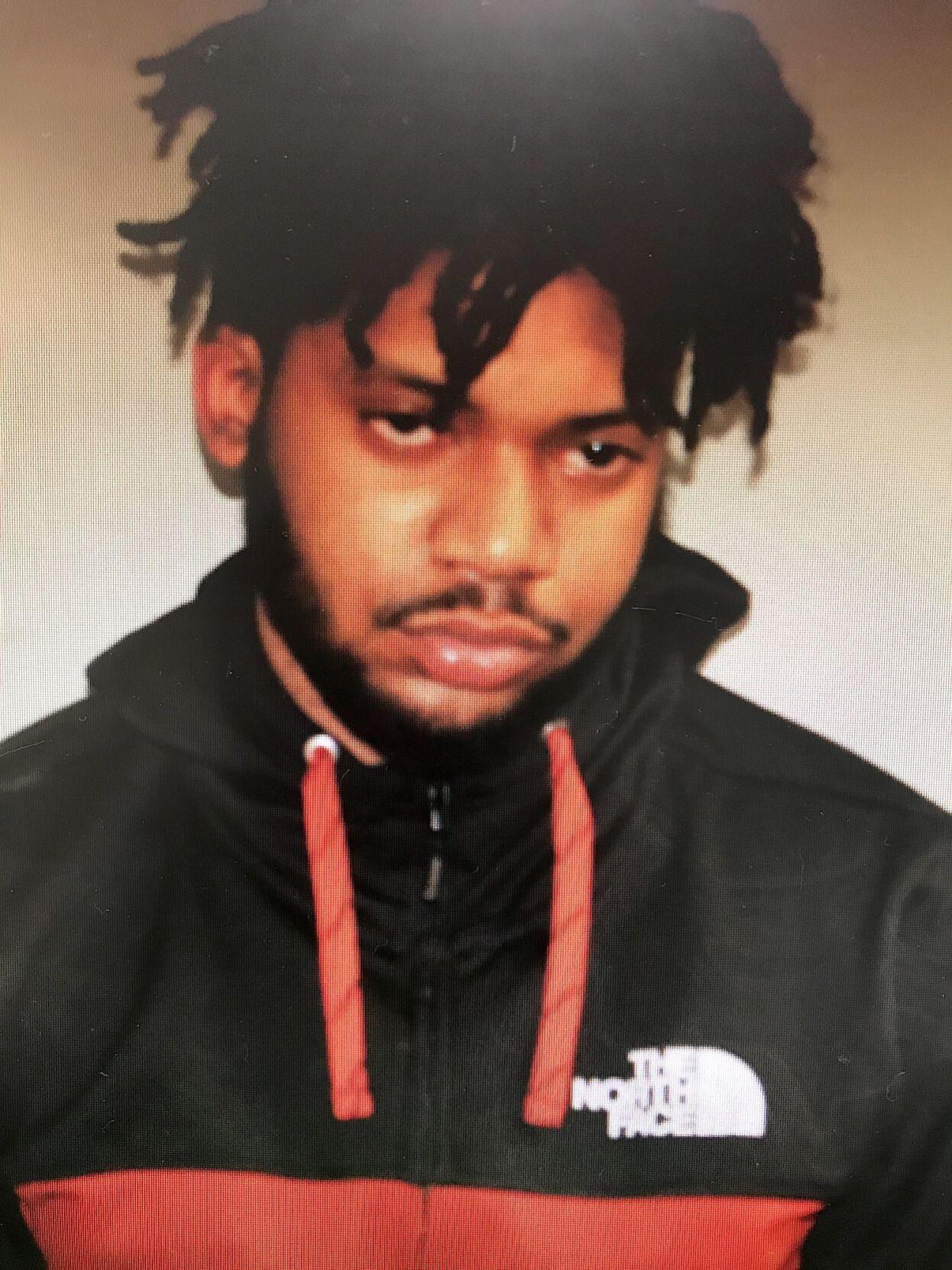 Shortly before 9:55 p.m. on April 5, officers from the Cambridge Police Department (CPD) responded to the area of Greenwood Avenue and Gloria Richardson Circle in Cambridge for a reported shooting. Officers found the victim, later identified as Sorrell, lying on the ground with evidence of gunshot wounds. 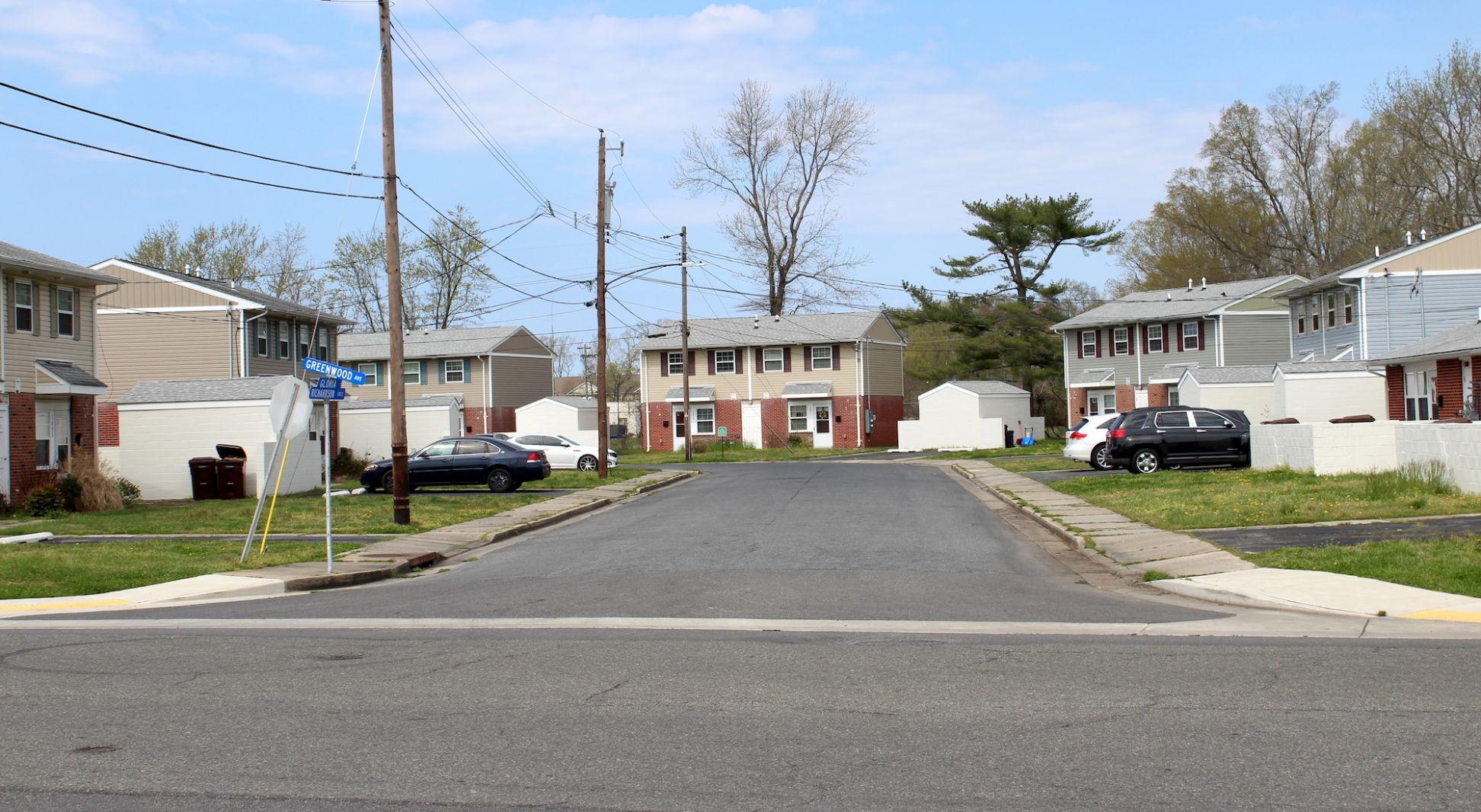 The intersection of Greenwood Avenue and Gloria Richardson Circle where police say a man was fatally shot on Monday evening, April 5.

Police believe Sorrell was riding a bicycle in the area when shots were fired in his direction. Sorrell subsequently fell off of his bicycle and ran onto Gloria Richardson Circle, where additional shots were fired. Sorrell was transported by emergency medical personnel to the hospital, where he succumbed to his injuries.

Anyone with information relevant to this case is asked to call 202-510-2847. Additional arrests and charges are expected pending further investigation. The investigation continues.

EASTON — The former Easton hospital employee accused of raping an unconscious patient and videoing the act in December 2019 will stand trial by judge in July.

The trial date was set during a pretrial conference on Friday morning after Andrew Cochran, an attorney for Travis Brooks, said plea negotiations with the prosecution have “not been fruitful.” Brooks’ trial is set for 9 a.m. on July 14.

Cochran said half of a day likely would be needed for Brooks’ trial and indicated that video of the incident would be shown in court. The trial, he said, would consist of “really just watching a video.”

Brooks, 36, faces charges of second-degree rape, third- and fourth-degree sex offense, vulnerable adult abuse and second-degree assault stemming from allegations that he recorded himself digitally penetrating a female patient while she was unconscious for a procedure at University of Maryland Shore Medical Center at Easton.

The video, reportedly captured on a cellphone, is about two minutes long and according to investigators was taken inside an employee elevator in the Easton hospital by a Black male wearing blue scrubs.

Police found the video unintentionally during an investigation into Brooks connected to allegations that he had stolen credit card details and money from several patients at the hospital. Investigators had been searching Brooks’ phone media for photos of patients’ credit cards and other evidence related to the theft accusations when they found a video of Brooks allegedly raping a patient.

Police identified the patient in the video, which police found in August 2020 but was recorded in December 2019, and confirmed that Brooks had access to the patient on the day of the incident, police said.

Brooks was arrested on Aug. 11, 2020, following investigators’ discovery of the video. His employment with the hospital had already been terminated in April 2020 after police found probable cause to charge him in connection with his alleged theft of patients’ money.

Shore Regional Health CEO Ken Kozel said in a statement to The Star Democrat in August that the hospital system was “absolutely appalled” and “deeply disturbed by the allegations” against Brooks.

“The pain of this situation is not something any patient or their family should ever bear, nor should any community have cause to question how an incident like this could happen. For that, I am truly sorry,” Kozel said in the statement.

Brooks was charged in the theft case with two counts of theft under $100 and five counts of stealing another’s credit card, according to court documents.

A pretrial conference in that case, as well as in a controlled dangerous substance possession case against Brooks, is set for July 16, as Cochran requested in court Friday that proceedings in those cases not be scheduled before Brooks’ rape trial. 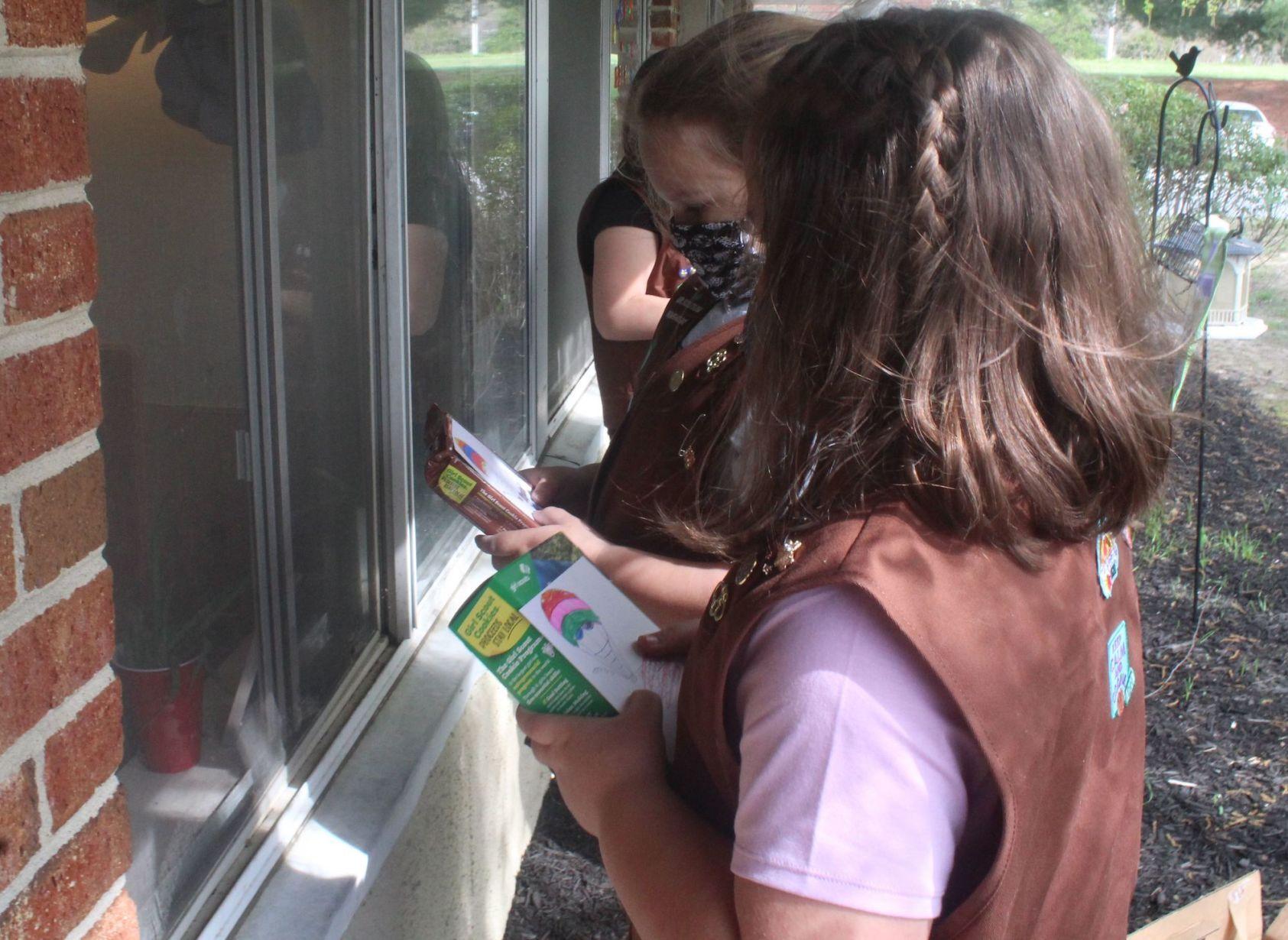