Get Started
You have permission to edit this page.
Edit

Megan Beaufait, Easton High Social Studies teacher thought the first day went well. “It was exciting to see our kids’ faces again, to be back in front of a classroom and to see how eager and happy they all were to engage.”

After a successful first day of school, Talbot Teacher of the Year David Cherry said, “Being able to reconnect with students, even virtually, was a blessing and the reason I became a teacher."

The district reported that 94% of students attended the first day. Schools are now reaching out to approximately 275 students who did not participate in their online learning Tuesday. “We believe this is mostly due to connectivity issues, which we will continue to address in the coming days,” said Dr. Kelly Griffith, TCPS superintendent.

“I am so pleased with the results of the planning and tireless work behind the scenes that led to a successful start of the school year,” Griffith said. “We are working through a few technical challenges, but overall the day went extremely well, and we will remain resilient.”

Most teachers were teaching in secure “Zoom” meetings from their classrooms. "Intensive professional development prior to the first day of school enabled them to transition well to a fully synchronous virtual learning environment," a TCPS press release stated. The length of class time varied depending up student grade level; however, "all state mandated time requirements are being met."

“I thought the first day went exceptionally well,” said Megan Beaufait, Easton High social studies teacher. “It was exciting to see our kids’ faces again, to be back in front of a classroom and to see how eager and happy they all were to engage. We even had an unexpected fire alarm which made it even more memorable.”

David Cherry, Easton High math teacher and Talbot Teacher of the Year said, "Being able to reconnect with students, even virtually, was a blessing and the reason I became a teacher."

“The first day went really well for us in kindergarten. We were really excited to see the students, and they were excited to see us,” said Amy Gardner, who was teaching from her brand new classroom at Easton Elementary School. “They were very interactive with us and each other, and they had great attitudes the entire time. We were really impressed.”

Some teachers used creative ways to bring their classrooms to life. Donna Midcap, fifth grade teacher at Chapel District Elementary, made cardboard “students” to sit in the chairs in her classroom, but she also found the virtual teaching experience a positive one. “Seeing the kid's smiling faces was refreshing. The kids were eager, engaged, helpful and patient. What a way to be welcomed into the new school year."

Next week, approximately 5% of the student population will return to school buildings for “face-to-face” learning as part of the district’s phase-in recovery plan. This will include students with special needs, English Language Learners, homeless students, those not engaged last spring and students who do not have internet access.

Griffith will continue to review county and state health metrics and consult with Talbot County Health Officer Dr. Fredia Wadley daily to make decisions about future phases of the plan.

The district also will ask all parents to commit either to continuing with virtual learning for the remainder of the semester or to transitioning to face-to-face learning for second quarter. 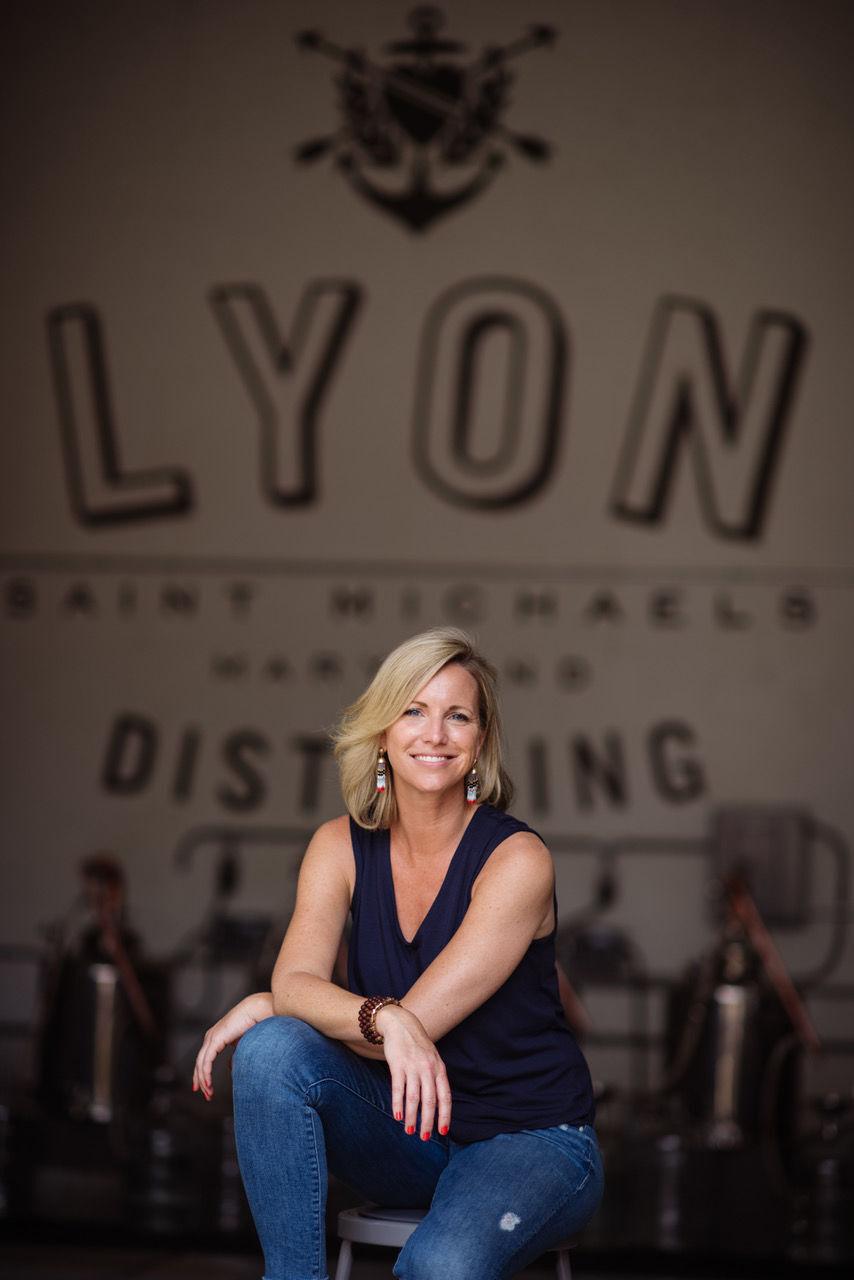 Jaime Windon is founder and CEO of Windon Distillery Company in St. Michaels.

Fentanyl is a powerful pain reliever that is 50 to 100 times more potent than morphine. It is prescribed as patches or lozenges, and illegally manufactured and then often mixed with other drugs like heroin and cocaine.

National overdose data from the Centers for Disease Control & Prevention includes four categories for opioids: natural, which includes morphine and codeine; semi-synthetic, which includes drugs like oxycodone and hydrocodone; methadone, which is a synthetic opioid; and heroin, which is illegal and made from morphine.

The CDC reports that almost 450,000 people died from opioid overdoses (all four categories), between 1999 and 2018. The rise of these deaths is put into three “waves” — the first involved increased prescribing in the 1990s. Driven by a variety of factors, the use of opioids for chronic pain started increasing in the 1990s, with substantial increases year-after-year. Purdue Pharma introduced OxyContin around this time, with aggressive marketing tactics that led to an explosion of sales. From 1996 to 2012, global sales went from $48 million to $2.4 billion. At the same time, the number of prescriptions written for opioids increased. In America, these prescriptions increased 300% between 1991 and 2009.

The “second wave” started in 2010, with rapid increases in overdose deaths involving heroin. Early efforts to curb overprescribing made it harder to get prescription opioids, and many people turned to heroin. Deaths from heroin-related overdoses increased nearly 300% from 2002 to 2013, with about 80% of heroin users admitting to first misusing prescription opioids.

The “third wave” began in 2013, when deaths from synthetic opioids like fentanyl started to increase. From 2013 to 2017, opioid deaths increased 90%, from 25,052 to 47,600, primarily driven by illegal fentanyl. Essentially, deaths started with prescription opioids, moved to heroin, and are now mostly from fentanyl.

Synthetic opioids are made in a lab, produce pain relief, act on the same parts of a brain as natural opioids and some are approved for medical use. Fentanyl, for example, was discovered in the 1960s and used only for surgeries. Clinical use expanded in the 1990s with the development of an extended release skin patch.

Talbot Goes Purple is an educational and awareness prevention program that empowers our youth and our community to “Go Purple” as a sign of taking a stand against substance abuse. The purpose of the program is to promote the “new conversation” – one that includes prescription drugs, alcohol, marijuana and e-cigarettes. TGP focuses on educating students about the dangers of tobacco, alcohol and other drugs, and works toward preventing kids from beginning to use these substances in the first place.

An initiative from the Talbot County Sheriff’s Office and Tidewater Rotary, in partnership with Talbot County Public Schools, Saints Peter & Paul School and the Mid-Shore Community Foundation, Talbot Goes Purple empowers our youth and our community to “Go Purple” as a sign of taking a stand against substance abuse.

More information about Talbot Goes Purple is available at www.talbotgoespurple.org. Find us on Facebook @TalbotGoesPurple or contact us at talbotgoespurple@gmail.com.

The Mid-Shore Center for Family Violence is getting a $550,000 grant from the U.S. Department of Justice.

Yeager, who is executive director of the Mid-Shore Council on Family Violence in Easton, said those challenges are magnified in small towns and rural communities.

“Rural victims have specific barriers that they face. For example, transportation: We can’t really say, ‘Get on the A line and come to us,” Yeager said. “We also have limited housing options. We also have the reality that everybody knows everybody.”

The Easton center’s efforts to help domestic violence survivors with transitional housing and other services is getting a significant boost.

The Mid-Shore Council on Family Violence has received a $550,000 federal grant to help victims of domestic violence, stalking and sexual violence with transitional housing and housing resources as they escape toxic situations.

The three-year grant is from the U.S. Department of Justice and its Office on Violence Against Women. The grant was announced by U.S. Rep. Andy Harris, R-Md.-1st.

Yeager said the grant money will help her group assist domestic violence survivors with crisis as well as short- and longer-term housing.

“The reality for our clients is that leaving is just the beginning. Our services help victims become self-sufficient,” Yeager said.

The Mid-Shore Center has worked with Washington College to develop an online dashboard and app to help case managers and clients find suitable and safe new housing. “I call it survivor-centered decision making,” Yeager said.

The Easton center helps domestic violence victims throughout the region. Yeager said the group has helped 971 adults and 1,511 children the past two fiscal years. The grant money is also helping backfill reductions in funding the center has previously received from the Victims of Crime Act. Yeager said her group’s annual budget is $1.9 million.

Harris, who represents the Eastern Shore, welcomed the grant announcement.

“As a father of six children, three of whom are women, I applaud the award of this grant to the Mid-Shore Council on Family Violence. The organization will utilize these funds to provide residences to survivors and their families through private landlord housing units. Additionally, the Council will collaborate with multiple partners in the region to offer a full array of services to individuals who are victims of family violence. Grants like this have my full support,” Harris said in a statement.

The Mid-Shore Center also works with survivors on economic challenges such as improving credit scores, bankruptcies and landlord-tenant problems in addition to housing, internet connections and other complications of living in the less populated Eastern Shore.

“Our programs and services specifically address those barriers,” Yeager said.