OXFORD — The Town Commissioners of Oxford will officially vote on the Strand Beach Shoreline Improvement Project on April 27. The council has been reviewing the project for the last three years.

Cheryl Lewis, the town clerk, said the design plans from engineering firm Underwood Associates are final enough for an official vote at Oxford’s next meeting. The commissioners all seem in agreement that the shoreline project will help the town reduce flooding.

“We’re shooting at a moving target,” said President John Pepe of flooding concerns in the coastal town. “This is something we have to do all the time — continue to attack this and move ahead with these projects. We could very easily in one storm or two lose that beach.”

The $2.8 million project is funded by grant money from the Maryland Department of Natural Resources and the National Fish and Wildlife Foundation. Both are partners in the project.

The project is one way the town of Oxford — which lies in a floodplain and has an average elevation of 7 feet above sea level — can mitigate flooding ahead of rising sea levels and worsening climate change.

Lewis said the town needs to work to reduce flooding now because “when everybody has a problem” the grant money and state assistance won’t be there.

“We’ve got to attack this (from) many angles,” she said. “This doesn’t solve our problems, but it’s one more piece in trying to build around sustainability.”

The project is expected to take five years to complete after permits are issued. Oxford has already applied for a state permit and the town hopes to secure it by the end of the year.

Improving the shoreline will break stormwater surges through a mimic of natural shoreline conditions. It includes a 1,000-foot sand dune on the beach and three marshy islands out in the waters of the Tred Avon.

Residents have raised concerns about beach access and aesthetic changes, but the engineers have promised the 13,000 square feet of the beach will remain the same square footage after completion. Some of the grassy areas on the beach will be encroached upon, however.

Residents have since asked technical details about the plan, including the long shoreline hooks on both ends of the beach.

Bhaskar Subramanian, the Shoreline Conservation Section Chief for the Chesapeake & Coastal Service at DNR, said the hooks hold sand and cobblestone and are crescent-shaped, which creates a “stable shoreline.”

“These two structures actually hold (sand and cobblestone) in place,” he said.

Chris Hike, with the National Fish and Wildlife Foundation, said the hooks are an “evolution” of shoreline projects that added sand to beaches, but then would later erode away, requiring more and more sand to be added.

“These hook structures have evolved as a means of containing sand that you are putting there in the first place,” he said, “and a way of trapping and accreding more sand — to actually expand what the beach has got already.”

A number of Oxford residents have also questioned why the marshy islands were placed directly in front of the beach and what the philosophy behind the selected location was. Lewis pointed to a “wind rose” at the corner of the design plan, which indicates seasonal wind and wave action.

“It’s all driven by what happens in the air and water,” she said.

Subramanian said each item on the map was selected based on predicted conditions such as the ebb and flow of the tides.

“We design it for predicted conditions. We know the tide is not going to change. We know all these more predictable things,” he said. “Predictable conditions are more effective.”

Subramanian suggested residents review similar shorelines on the Eastern Shore at the Chesapeake Bay Environmental Center in Grasonville and at Windy Hill Farm and Gunston School, both in Centreville.

The goal of the project is to make Strand Beach both “bigger and better,” he added, and the Strand Beach Shoreline Improvement Project is bold but efficient.

“We want innovative projects,” he explained. And especially ones that “push the science forward.”

EASTON — Jonathan Smith, one of three men implicated in the 1987 murder-burglary of Adeline Wilford in Easton, was released as part of a plea deal on Wednesday after spending more than 20 years of a life sentence behind bars.

Smith entered an Alford plea to first-degree felony murder and daytime housebreaking in the case of Wilford’s death. The plea is not an admission of guilt but acknowledges a potential for conviction if the case had gone to trial.

The conditions of his pleading guilty were that his sentence be suspended and he be granted probation. Talbot Circuit Judge Stephen Kehoe accepted the plea and handed Smith five years of supervised probation and a suspended life sentence.

Joseph Michael, special prosecutor in the case, said he reached the agreement with Smith’s attorney Don Salzman over the weekend. Michael said a plea deal had always been a potential outcome in the case but Smith had not previously been willing plead guilty.

The prosecutor said of the agreement Wednesday that while “the only real justice would be for this crime to never have happened,” he stands behind his offer “because this matter needs to be closed.”

Smith “can hide behind an Alford plea,” he said, “but he’s a guilty man and he will always be guilty.”

Salzman said Smith, who is now 52 years old and was sentenced to life in prison when he was in his early 30s, accepted the plea so “he could go home to his family.”

“This is not justice for him. This is not over. Mr. Smith has suffered prejudice, and he cannot get a fair trial because of misconduct the state has acknowledged,” Salzman said, pointing to the prosecution’s misconduct in Smith’s 2001 case that ended in his being convicted by a jury of murder.

The misconduct is evidenced to have involved state actors compensating witnesses for their testimony against Smith and withholding exculpatory evidence that contradicted its narrative in the case. It is the basis on which the Maryland Court of Appeals overturned Smith’s conviction in 2020.

Smith’s release to probation comes nearly three months after David Faulkner, who was accused of having been Smith’s accomplice in Wilford’s murder and also had his conviction overturned, was freed and the state decided not to go forward with his retrial.

Mandi Smith, Jonathan’s sister, said after the hearing Wednesday she’s been waiting for her brother to be released for 20 years.

“He is my everything,” Mandi told The Star Democrat. “My whole world was turned upside down when he got locked up. Mama said on her death bed that everything was going to be alright and that Jonathan was going to be home soon. All I’ve ever asked for every holiday was to have him home.”

Two of Wilford’s three children were in the courtroom Wednesday. The third sat in on the hearing via Zoom video call, which was offered as a way to provide public access while maintaining coronavirus pandemic-driven capacity limits in the courtroom.

Wilford’s youngest child, who is known as Pucky, said it was “impossible to describe in words the way I feel.” She said her mother’s killing is a “horror I have to live with for the rest of my life” and the ongoing litigation has “cut a hole so deep within” her.

“Where is the justice?” Pucky said. “This isn’t over for us and it never will be.”

Kehoe said ahead of his decision to accept the plea agreement that he is “confident” the defense and prosecution “did not reach this agreement without anguish.” The judge commended both parties for their “commitment to justice” and their “professionalism in reaching this agreement.”

Smith was released Wednesday evening. The conditions of his probation prohibit him from contacting Wilford’s family and require him to meet regularly with a probation officer.

Michael said he did not know exactly where Smith would be living upon his release but that it would be in Talbot County. 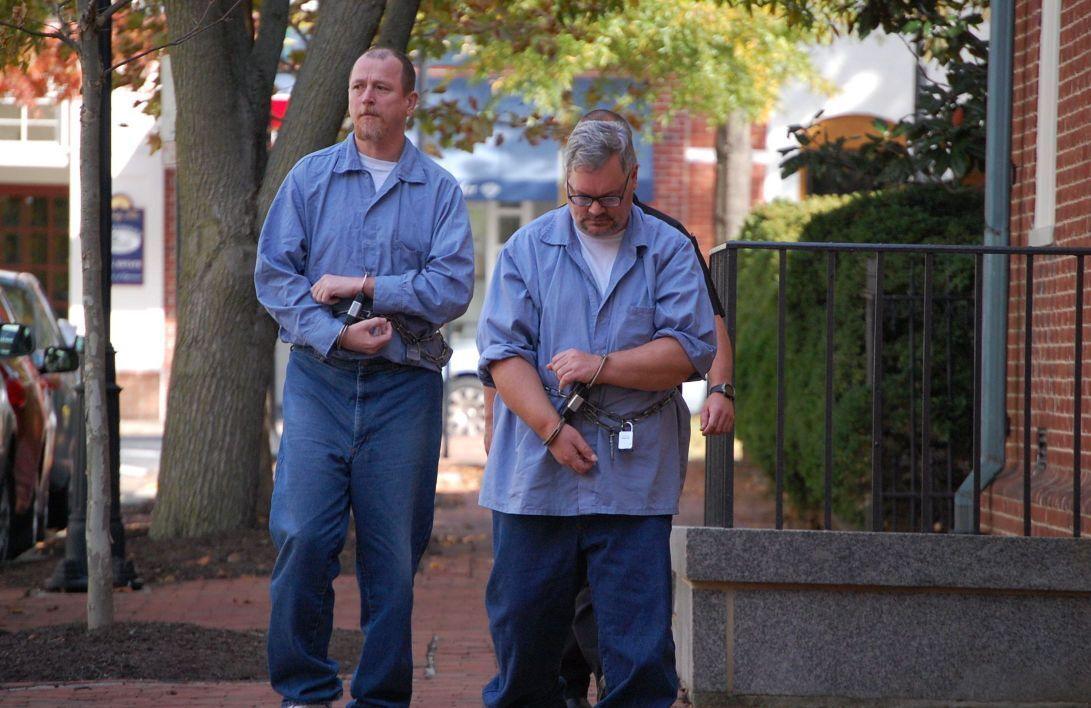 1 On this day in history, in 1937, thousands of college students in New York City staged a “peace strike” opposing American entry into another possible world conflict. In 1952, an atomic test in Nevada became the first nuclear explosion shown on live network television. In 1970, millions of Americans concerned about the environment observed the first “Earth Day.” Famous birthdays today: Actor Jack Nicholson is 84. Movie director John Waters (pictured) is 75. Singer Peter Frampton is 71. Actor Amber Heard is 35. Rapper/singer Machine Gun Kelly is 31. (More history on A4)

2 A Hurlock man faces assault and drug charges after allegedly being spotted by police using heroin with a woman in a car in the Walmart parking lot in Easton. Easton Police say they found the pair using heroin in a car parked at the Easton Walmart on Monday. They both face drug possession charges. The man also faces assault charges for trying to elude police and allegedly trying to kick an officer. (Story on A2)

3 A World War II boat designed to rescue downed aviators is in Cambridge for repairs at Yacht Maintenance, the facility that produced the same kind of vessel as part of the war effort. The P-520 is an 85-foot crash rescue boat built in 1944 in California for the Army. The speedy craft saw service in the Aleutian Islands in the end of World War 2, and in Korean War, where she was used to covertly insert troops along the coastline (Story on A3) 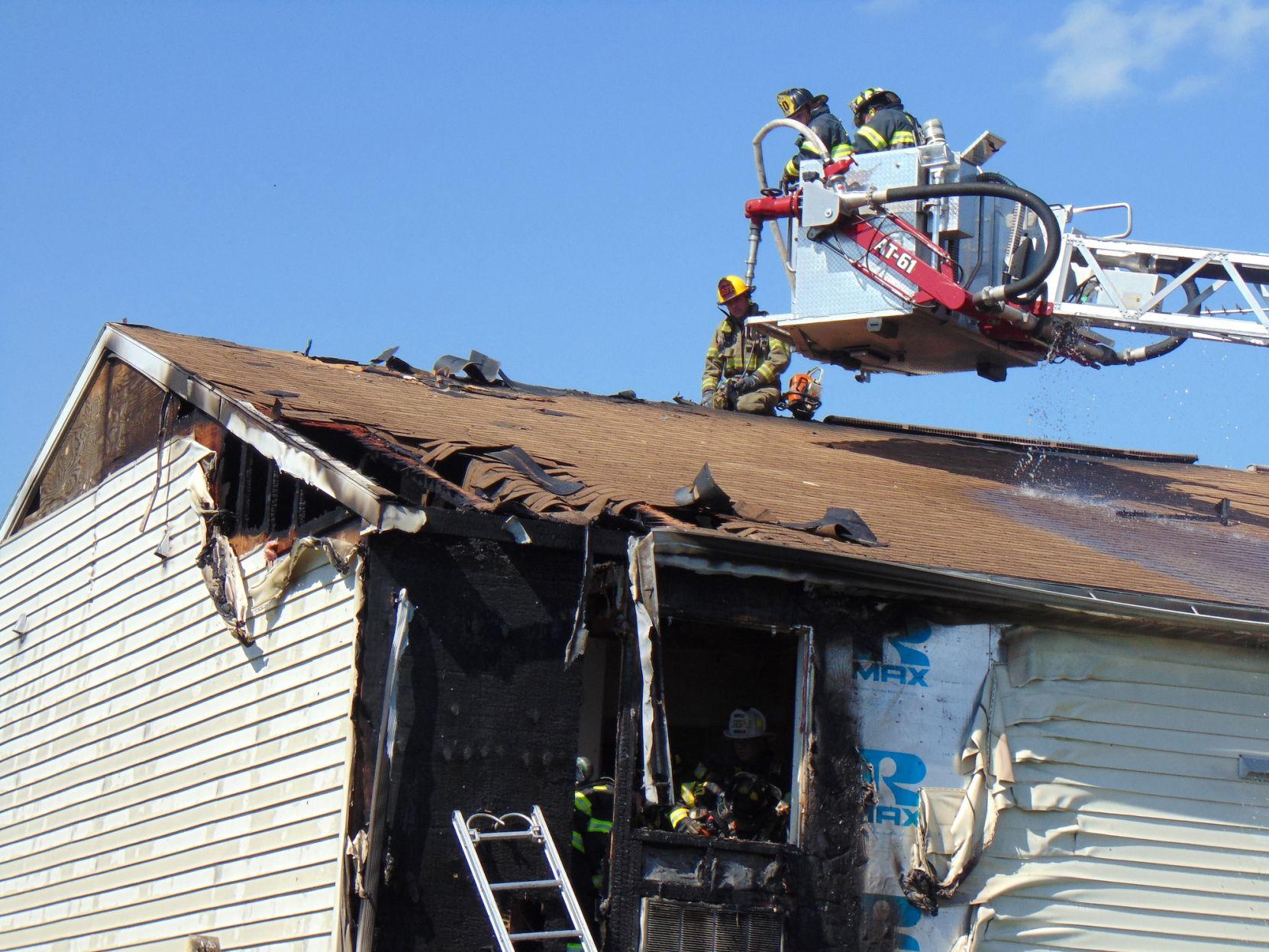 Firefighters from across Talbot County check for hot spots after extinguishing a fire Wednesday afternoon, April 21, in an apartment complex at 406 Moton St. Easton Police Lt. George Paugh said the blaze started after a resident lit a candle too close to a curtain. The resident was displaced, but not injured, he said. The state fire marshal will investigate, said Easton Fire Chief C.R. Chance. More than 40 firefighters responded to the blaze along with Talbot County EMS and paramedics. 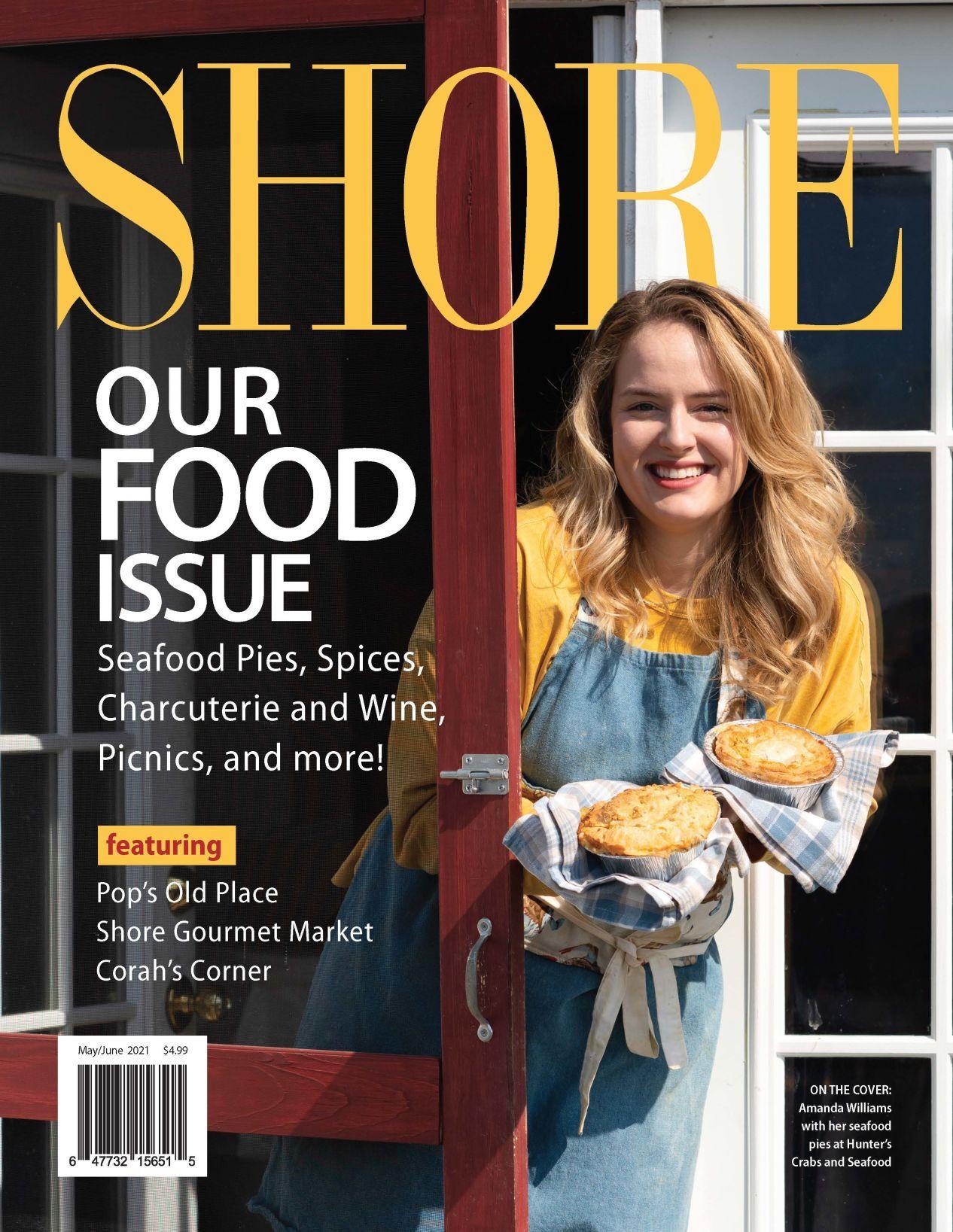 Look for the next edition of Shore magazine for Star Democrat subscribers on April 30. The edition has a focus on food. 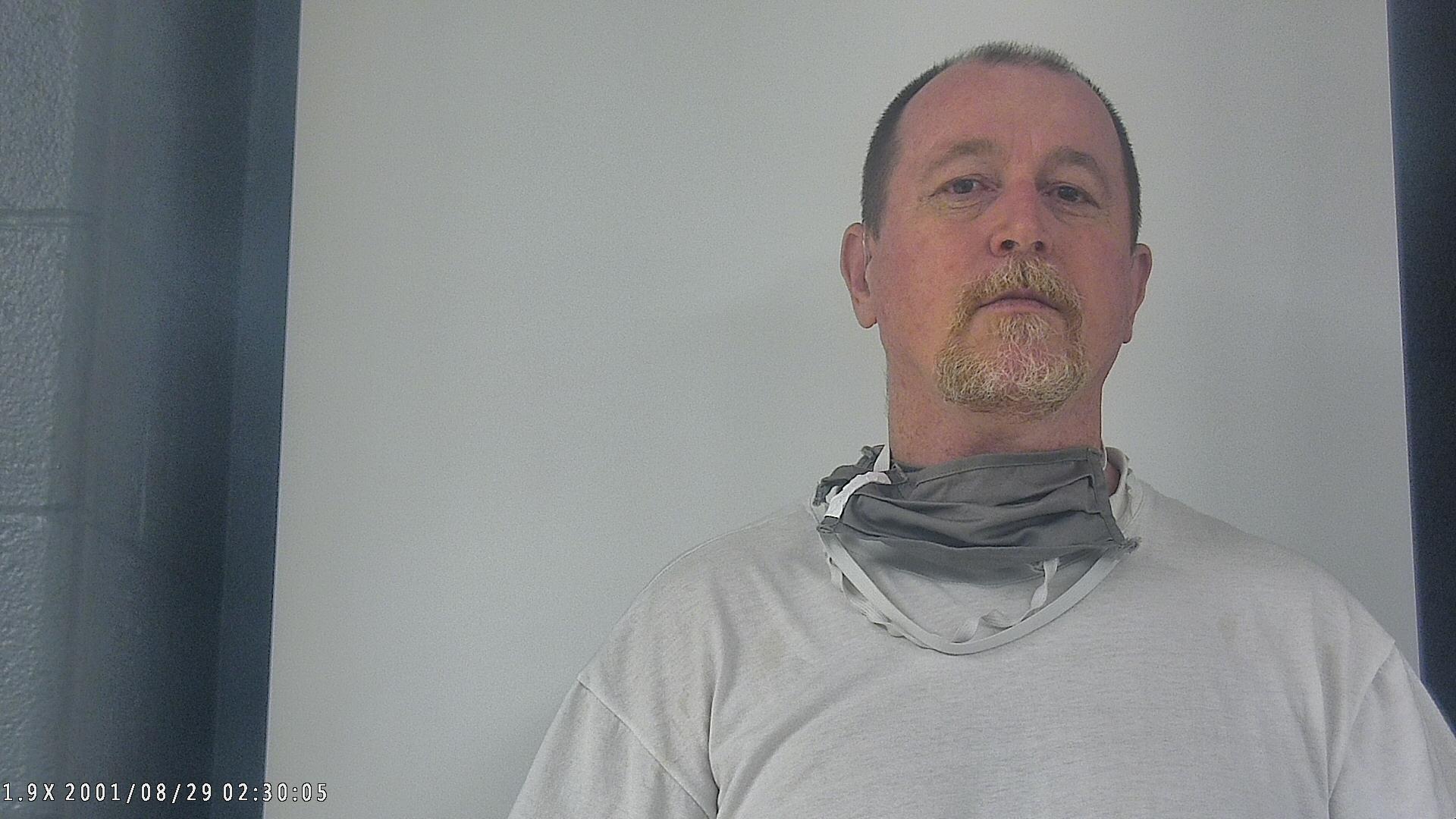