The indictment was returned on May 19, 2021 and unsealed July 9 upon Pylant’s arrest and initial appearance in U.S. District Court in Baltimore.

Pylant is charged with diverting money meant for her employer into a bank account she created and allegedly spending $75,000 at a bingo hall and $100,000 on shopping dining and groceries, according to prosecutors.

The indictment was announced by Acting United States Attorney for the District of Maryland Jonathan F. Lenzner; Acting Special Agent in Charge Rachel Byrd of the FBI’s field office in Baltimore and special agents for the Social Security Administration and Internal Revenue Service.

According to the eight-count indictment, from 2012 to July 2020, Pylant worked as an office administrator at a trade association, where she was responsible for bookkeeping, making check deposits and other accounting duties. The indictment alleges that from 2017 until 2020, Pylant obtained money intended for her employer, which she diverted for her own financial benefit.

Specifically, the indictment alleges that in October 2017, Pylant opened a bank account purportedly for her employer, without the employer’s knowledge or consent. Pylant allegedly deposited $700,000 worth of checks intended for her employer into the fraudulently opened account. The indictment alleges that Pylant was the sole signatory on the bank account and hid its existence from her employer by causing bank statements to be mailed to Pylant’s home address. According to the indictment, Pylant used more than $75,000 of the diverted funds at a local bingo hall, spent over $100,000 for retail shopping, dining, and grocery expenditures, and withdrew more than $200,000 in cash.

The indictment further alleges that in August 2015, Pylant applied for Social Security Disability Insurance falsely stating that she was disabled and unable to work, even though she continued to work and earn income from her employment as administrator at the trade association. As detailed in the indictment, after the Social Security Administration approved her SSDI application, Pylant continued to work for her employer and since 2018 received and spent more than $125,000 in SSDI benefit payments to which she was not entitled.

Pylant also allegedly made false statements to the SSA concerning her income and employment, including that her employment with the trade association had ended in May 2014. The indictment alleges that in February 2016, Pylant filed a voluntary petition for bankruptcy, which failed to list her taxable income from her employer. On March 14, 2016, Pylant allegedly made false statements in connection with her bankruptcy petition, claiming she was disabled, had zero earned income, was not required to file any tax returns, and that her employment status had not changed since February 2016.

If convicted, Pylant faces a maximum sentence of 20 years in federal prison for each of five counts of wire fraud; a mandatory two years in prison, consecutive to any other sentence, for aggravated identity theft; and a maximum of five years in federal prison for social security fraud and for tax evasion. Actual sentences for federal crimes are typically less than the maximum penalties.

An indictment is not a finding of guilt. An individual charged by indictment is presumed innocent unless and until proven guilty at some later criminal proceedings.

Pylant also faces a charge of theft of $1,500 to $25,000 in Queen Anne’s County. The alleged felony theft occurred March 17, 2021. In that case, she requested a jury trial July 8, the day before her arrest and appearance in the federal case. The local trial is scheduled for Oct. 18 in Queen Anne’s County Circuit Court. Maryland online court records list a Chester address for Pylant although the federal case lists a Grasonville address.

The oil painting ‘“Cabin Creek Early Morning” by Nancy R. Thomas is one of many displayed at Local Color through July 17 at the Parish Hall of Christ Church in Easton. Local artists are being featured at the Local Color art event. There are a number of arts events this week and through July 18 as part of the Plein Air Easton festival and competition.

McCormick & Company is hiring a new director of taco relations to help promote its seasoning, sauces and spices.

McCormick is looking to promote its taco seasoning and other spices and sauces via new social media and marketing focused position called “director of taco relations.”

HUNT VALLEY — Looking for a career change? Like tacos and social media?

The job pays $100,000 for four months of work starting in September.

McCormick hopes the job and the social media buzz around its creation will help promote its taco seasoning products and other sauces and spices such as Cholula Hot Sauce. McCormick is the $5 billion maker of Old Bay seasoning and also owns and distributes French’s mustard, Franks’ RedHot sauce and other spices, seasoning and sauces.

Applicants need to submit a video touting their love of tacos and marketing and social media skills by July 20.

“Since the 1960s, McCormick Taco Seasoning has been a staple, helping American households create cherished memories and delicious tacos everyone loves,” said Jill Pratt, chief marketing officer for McCormick. “While taco trends continue to change and evolve, our seasoning has remained the first choice for countless families across the country. In fact, over the past year, we have seen our taco seasoning fly off grocery store shelves, at a rate of over 200 packets a minute. McCormick’s director of taco relations will ultimately honor and support the millions of Americans that rely on our taco seasoning everyday while keeping McCormick at the forefront of the tacos of tomorrow.”

The taco czar will travel to different restaurants, events and venues to promote McCormick’s taco seasoning and sauces. They will also work with McCormick’s social media and innovation teams on developing new recipes and social media promotions. 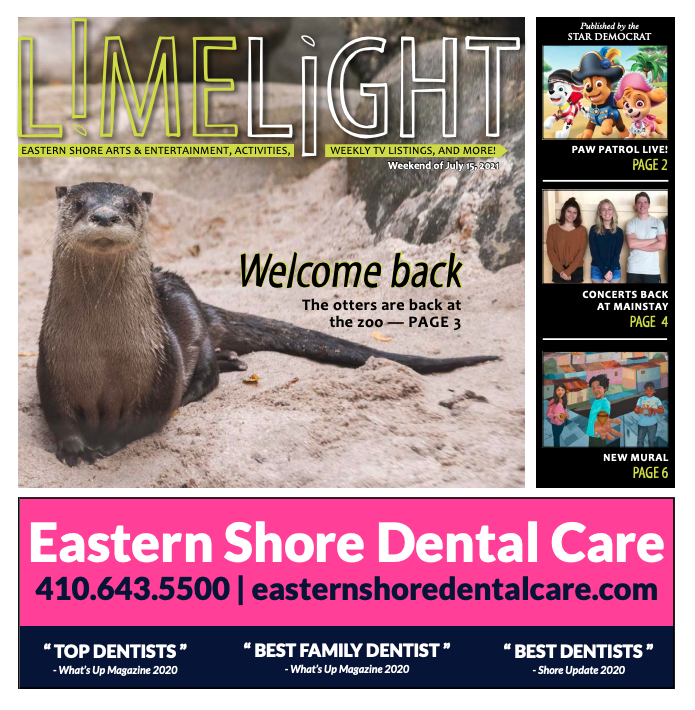 Check out the new edition of LIMELIGHT with news on Paw Patrol’s return to the Shore with live shows, Plein Air Easton events and the return of the otters to the Maryland Zoo.

CAMBRIDGE — Police are searching for a gunman who reportedly shot at a car on Sunday night in Cambridge, striking the vehicle but not injuring the occupants, including a 2-year-old girl.

A woman told police she was turning on to Cross Street at about 9:29 p.m. on July 11 with her daughter in the vehicle when she noticed a man wearing a face mask, white T-shirt and tan pants on the driver’s side of the road.

Cambridge Police spokesman Capt. Justin Todd said the victim told officers she saw the man step back and raise his arm before she heard two shots and saw muzzle flash. She drove away from the area and called police.

Todd said two bullet holes were found in the vehicle, one in the left bumper and the other in the back passenger side tire. 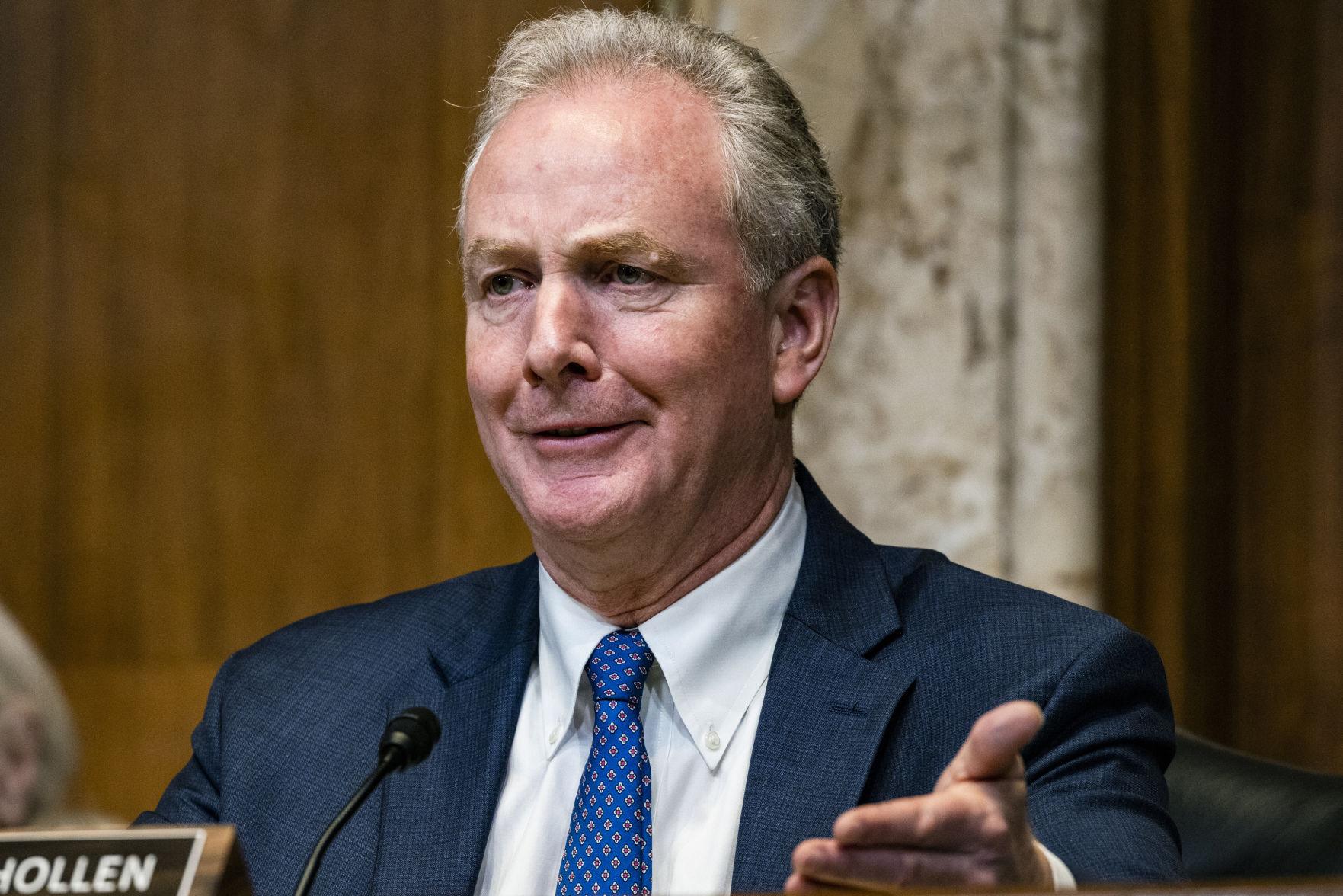 Sen. Chris Van Hollen, D-Md., and chairman of the Senate Appropriations Subcommittee on Financial Services and General Government, questions Charles Rettig, commissioner of the Internal Revenue Service (IRS), during a hearing on Capitol Hill in Washington, Wednesday, May 19, 2021. (Samuel Corum/Pool via AP)