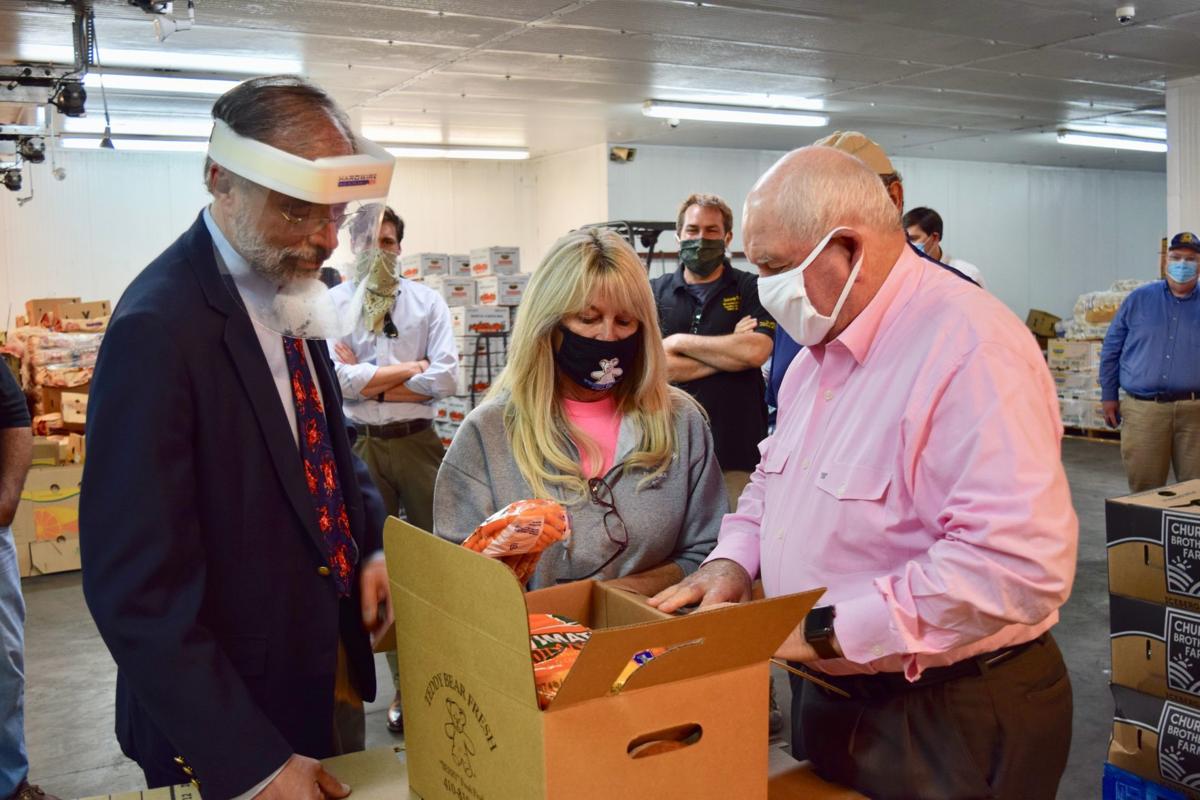 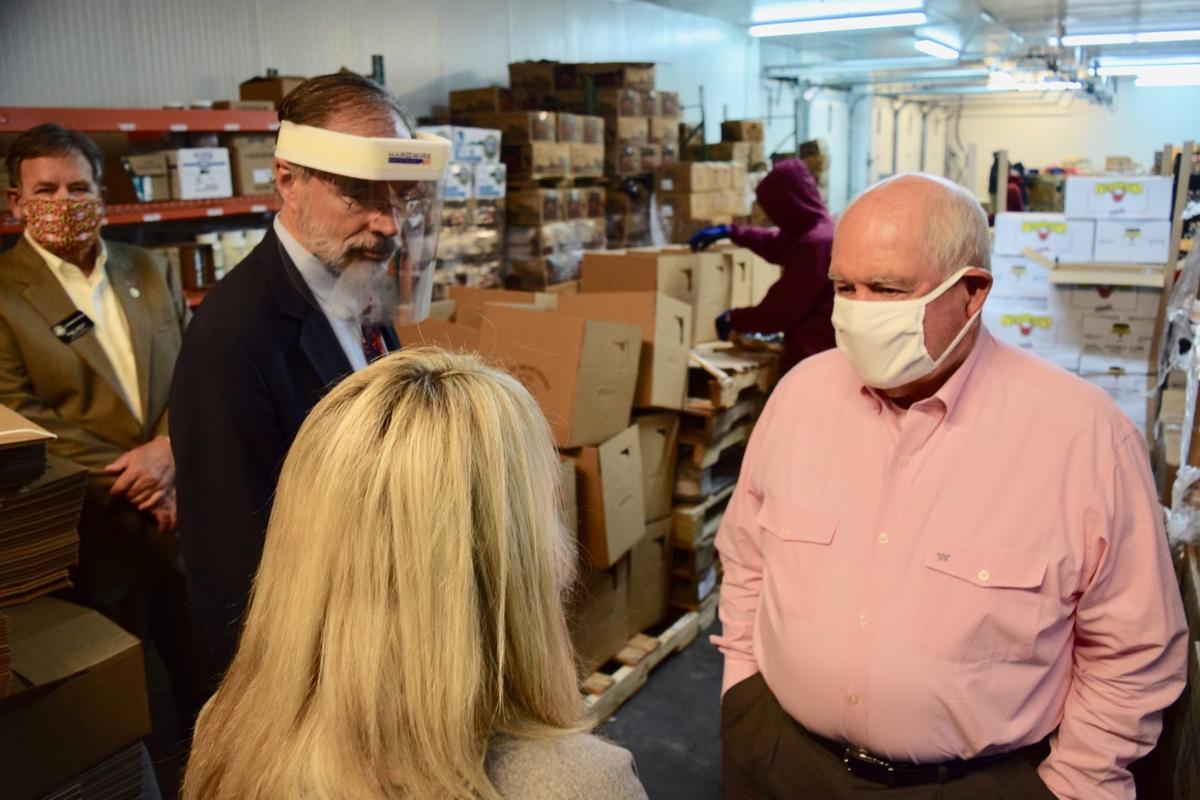 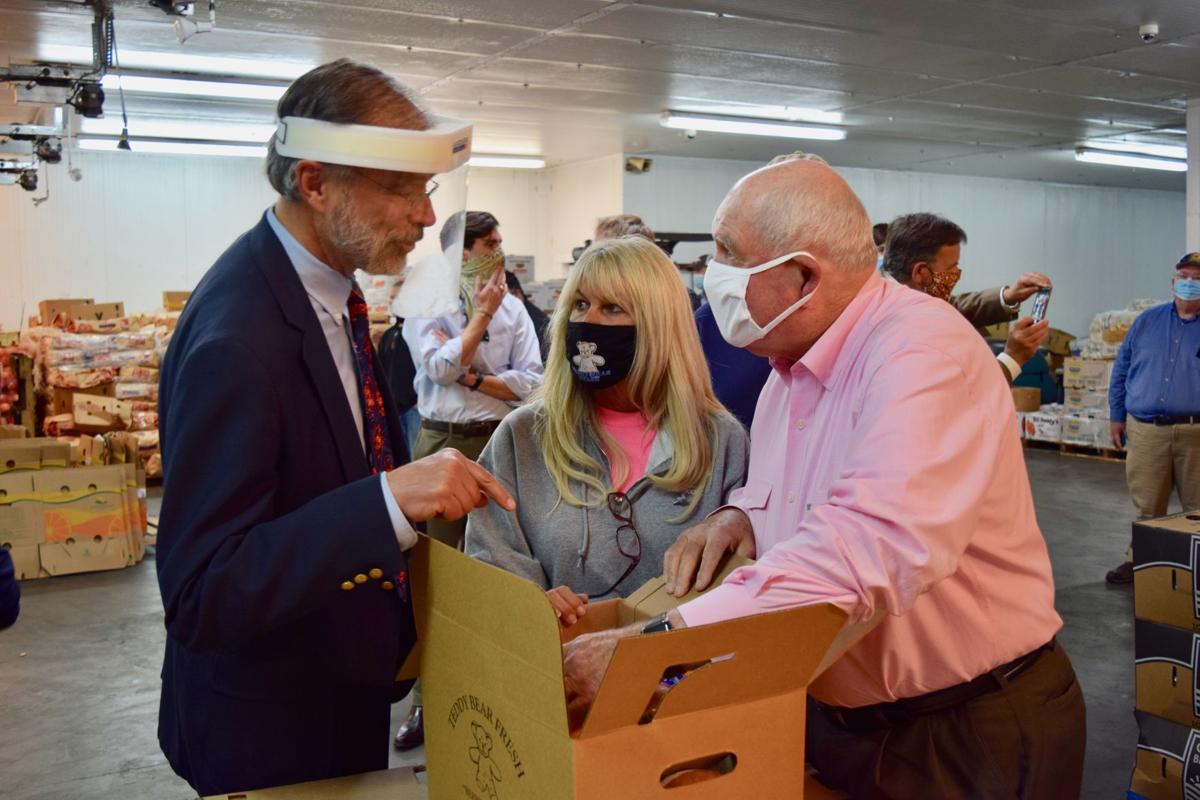 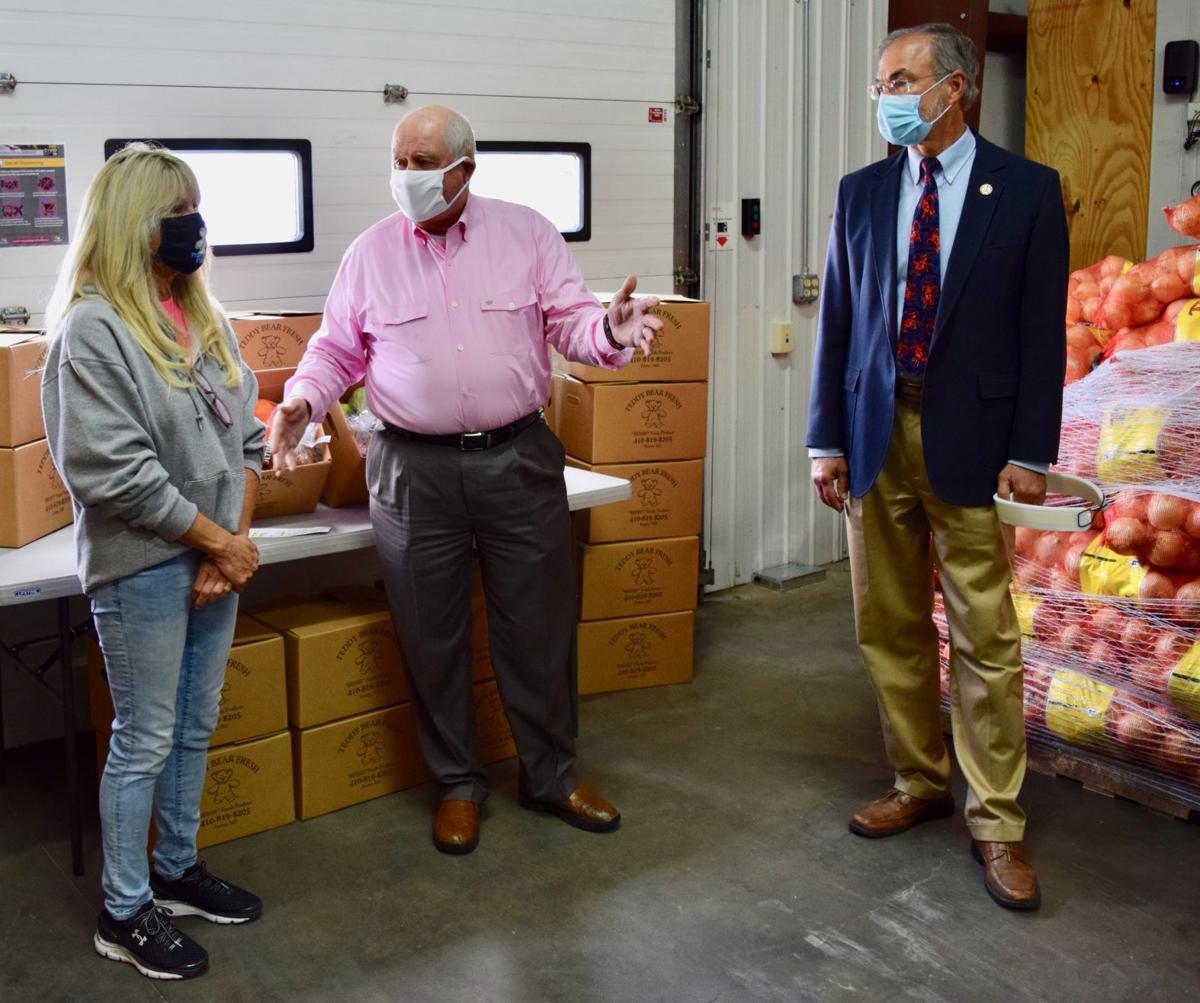 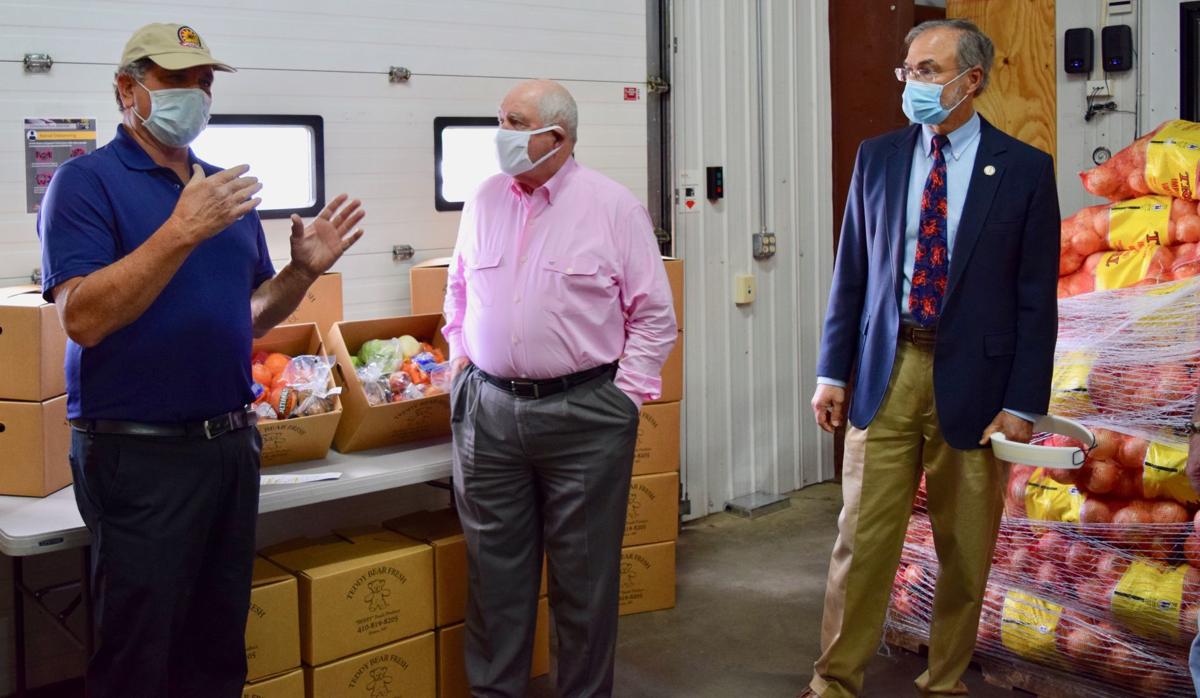 Teddy Bear Fresh, located at 28595 Mary’s Court, is participating in the U.S. Department of Agriculture’s Farmers to Families Food Box Program, which has connected producers, distributors and people in need of food nationwide.

“I think it’s a real trifecta,” Perdue said. “It goes from producers like our Secretary of Agriculture, who’s a legitimate vegetable producer here representing all these growers in this whole Eastern Shore area. It begins with Mary, who was in the business of distributing food out to restaurants. And then all the way to the people who need it. So that’s why we call it a win-win-win.”

“It’s great. I’m glad that Teddy Bear Fresh actually participates,” Harris said. “Obviously, we have need in the area and this supplies a great need. And again, as the secretary has said, it’s win-win-win. Our producers win, the people who get the product win, everybody wins in this.”

The program came together quickly when producers and growers grew anxious about supply chain disruptions during the COVID-19 pandemic. As videos circulated of farmers plowing under vegetables and having large amounts of excess produce, President Donald Trump told Perdue to come up with a solution fast.

Working with the USDA, the program developed in less than 30 days — a fast timeline Perdue said is a rarity at the federal level.

“It’s like a crash on an interstate, and two of those four lanes just stop just like that, you know what happens? It gets backed up. And you saw or read about milk being dumped, vegetables being plowed under, and sadly, even animals had to be depopulated. So we tried to move quickly to get something done.”

The program enabled Salins to create 18 jobs for people packing the boxes. In less than a month, the program has already delivered 7 million boxes around the world. Salins said Teddy Bear Fresh has delivered 3,500 boxes per week.

“Teddy Bear can’t do this on their own,” Salins said. “So we thank the USDA, and we have people here from the food pantries that are actually very much an integral part of this. They’re the end result. They’re getting it to the people in which this program was intended for.”

The USDA sent Teddy Bear Fresh and other participating distributors notices that they have the right to extend the program with them for another month. Perdue said they’ll judge the distributors’ performance during the first round, and added they’d certainly want good performers to continue participating.

He also said because there was no geographical filter on the application, the USDA would look for areas that were underserved in the first round and find distributors in those areas to participate in the next round.

“We had to take the ones that had the best, most competitive application and chose 200 out of 600,” Perdue said. “We’re going back to some of those others to see if the applications were just technically deficient, like missing a signature or not checking a box or those kinds of things. You know how federal forms are. And if they (were) kicked out of the process for that, we want to go back and invite them to participate again.”

While touring the facility, Perdue and Harris looked through the contents of a packed box. Between that and his conversation with Salins, Perdue deemed produce going in the boxes as “first class.” He said it’s the type of produce that would be delivered to any typical customer.

On behalf of growers and producers, Bartenfelder thanked Perdue for establishing the program.

“This wouldn’t have made it through that fast without you,” Bartenfelder told Perdue. “There was a lot of skepticism here on the Shore from growers (and) producers of what’s going to happen with us this season. You came up with this program that not only benefits the producers, it gets the food to where it’s needed and where those people benefit the most.”