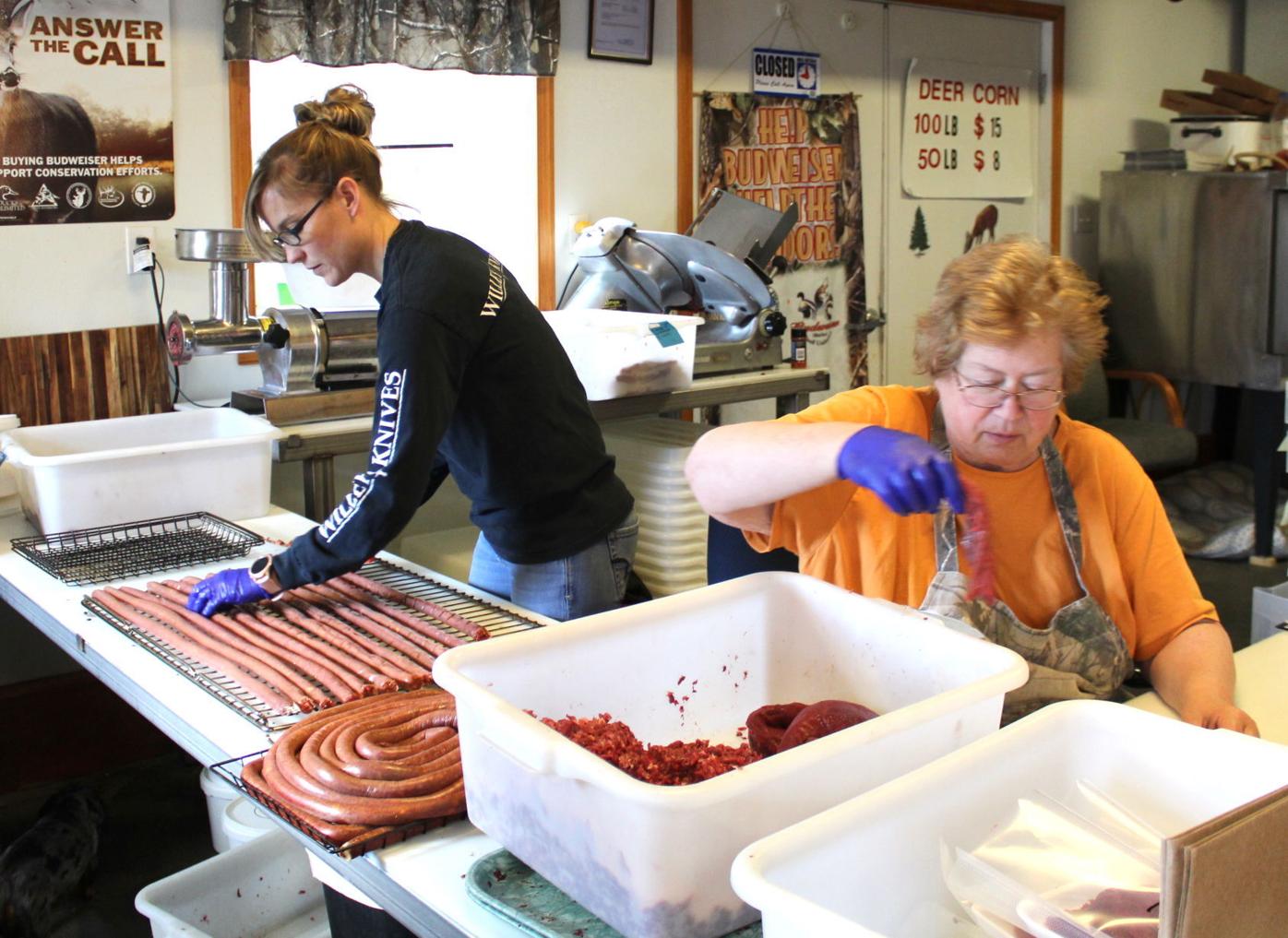 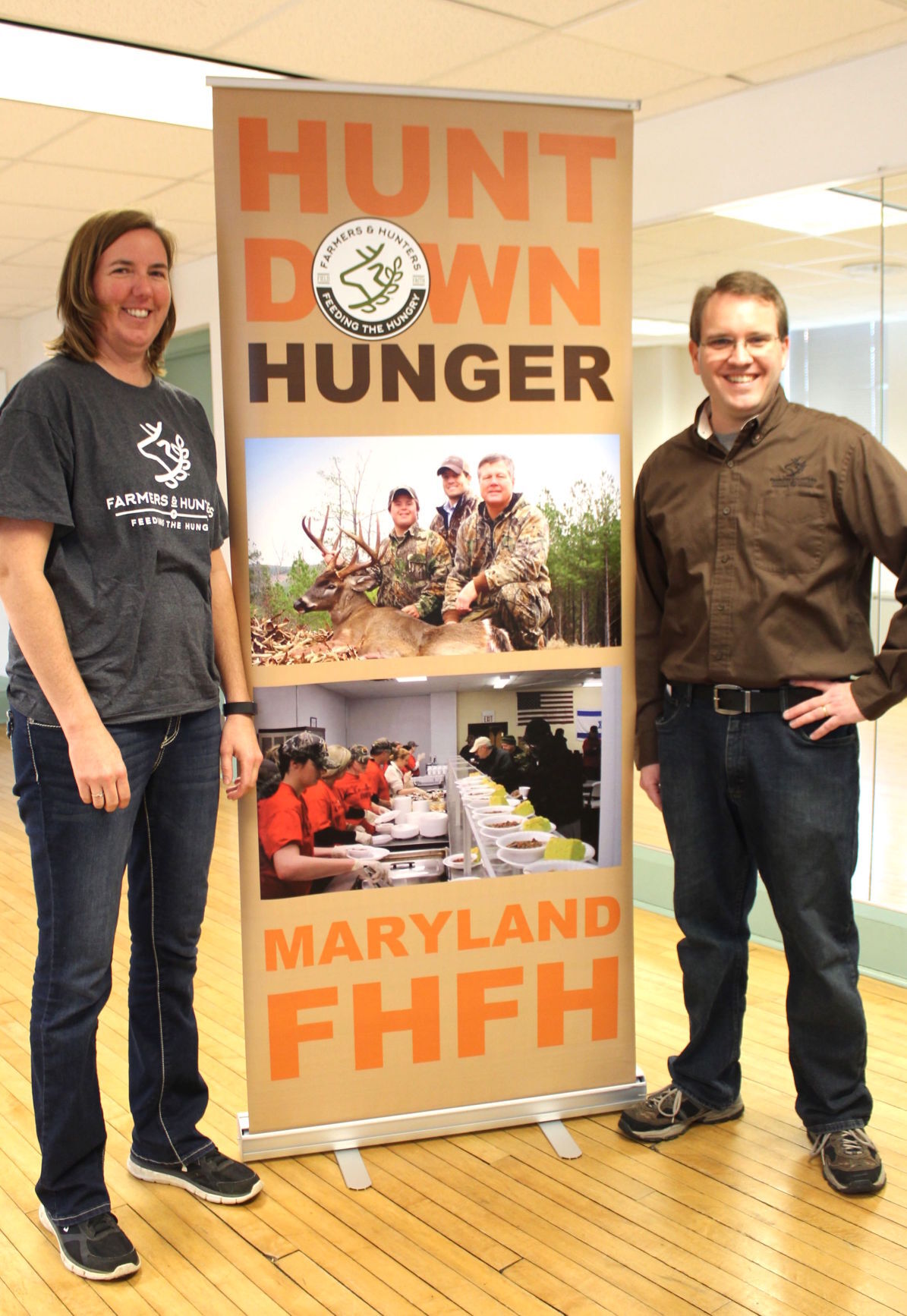 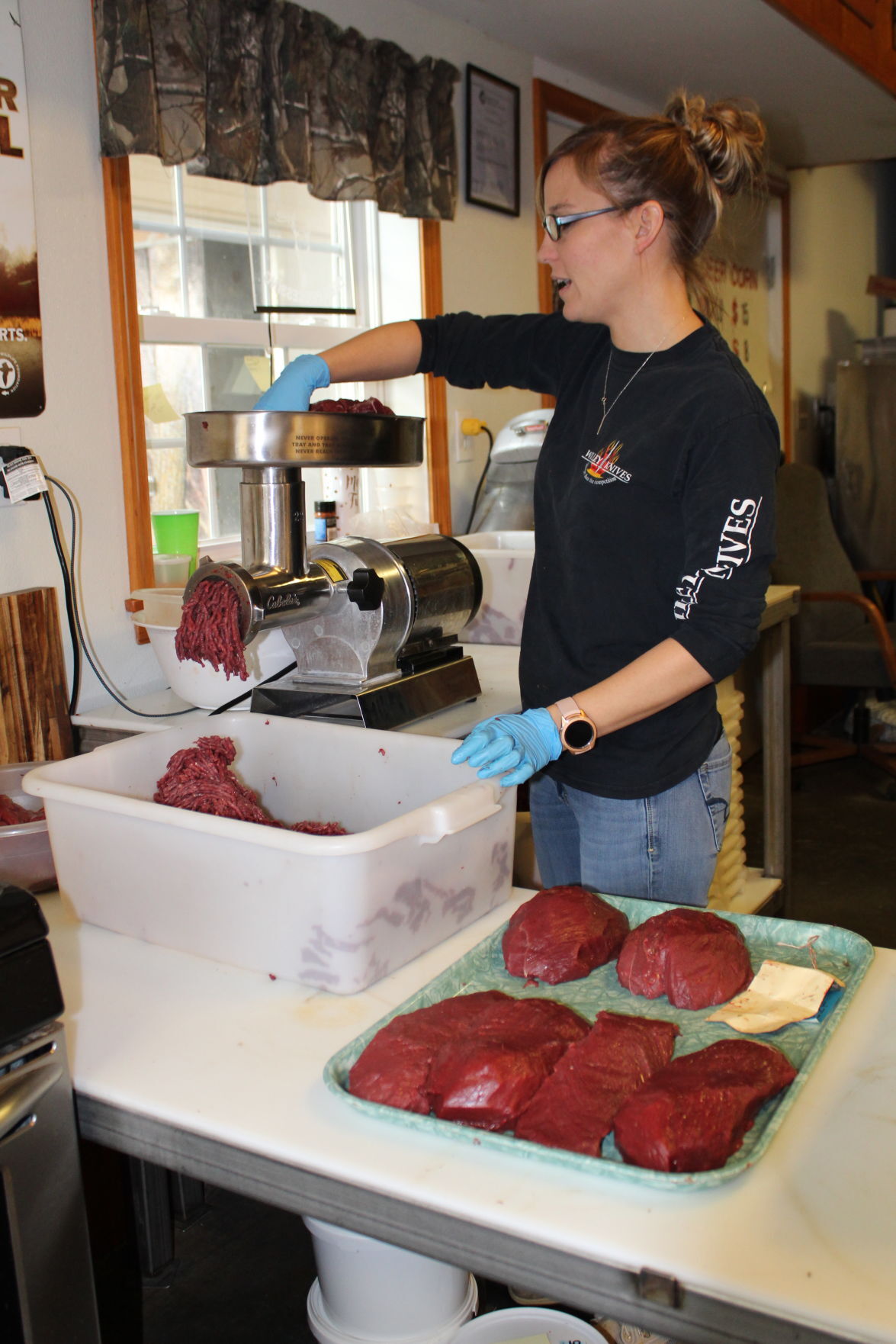 EASTON — As the COVID-19 pandemic continues, food pantries and distribution organizations continue helping those in need, in spite of the many challenges.

And as the firearms hunting season revs up Saturday, Nov. 28, hunters and farmers will be helping provide much-needed protein in the form of venison, or deer meat.

Hagerstown-based Farmers and Hunters Feeding the Hungry is encouraging hunters to donate their deer to participating deer processors. Those processors, in turn, will butcher and donate the meat to local food banks or to the Maryland Food Bank for wider distribution.

Helping those efforts is Amy Cawley, who grew up on a grain farm near Denton. She has been the Farm to Food Bank coordinator for the Maryland Food Bank’s Eastern Shore branch in Salisbury for 10 years. Her focus is securing fresh, edible produce.

She’s also the local coordinator for Farmers and Hunters Feeding the Hungry.

“From the food banking perspective, protein is always one of the most needed items,” Cawley said. “Deer is lean and healthy, helping to encourage healthy eating among a population who struggles to make ends meet. Unhealthy foods are cheaper than healthy food.”

According to the Maryland Department of Natural Resources, “meat is (the) least available item (in food banks) due to the high cost … and they gratefully accept venison donations.”

Farmers and Hunters Feeding the Hungry is a broad partnership of hunters who donate deer, farmers who thin the herds that damage grain crops, butchers who process the deer meat and food pantries that stock the donated venison.

Josh Wilson is executive director of the organization his father founded through their church 23 years ago. Since 1997, FHFH has provided an average of 1.2 million meals per year to hungry children and families in Maryland and through 92 chapters in 22 states. He calls deer “God-given renewable resources” to feed the hungry. They also are “locally sourced, range-fed and not full of hormones,” he said.

“Hunters in some parts of the country are able to harvest more deer than they can eat or share with their friends and family,” according to fhfh.org. “Farmers are issued management permits to reduce deer numbers that are damaging their crop yields.”

Since the average deer yields 40 to 50 pounds of meat, at four-ounce servings, that adds up to 200 servings per deer, Josh said. That’s a lot of meat to store in the average home freezer, so many hunters donate venison they can’t eat or give away to local food banks.

But the deer still have to be processed and, at an average $70 per deer, some hunters and farmers can’t afford the extra cost. That’s where Farmers and Hunters Feeding the Hungry comes in.

“FHFH collects donations to pay the meat processing bills so that hunters and food banks can participate free of charge,” Wilson said. “Most butchers provide us with a discount of at least 20 percent off their normal rate.”

One of those butchers is Troy Tribbett of Tuckahoe River Deer Processing near Denton. Built onto the back of his parents’ farmhouse is a butcher shop that processes venison.

It’s a family-owned and operated business. During deer hunting seasons from September to January – muzzleloader, shotgun and bow — Troy and his wife Vicki, his mom Terry, other family members and a dozen employees process and package venison sausage, roasts, tenderloins, ground meat and jerky.

The Tribbetts have partnered with FHFH since they opened their shop 10 years ago. They are among the FHFH partnering butchers who are “experienced and inspected by the USDA or by state departments of health,” Wilson said. “We trust the processors to (butcher) wholesome deer.”

Tuckahoe River Deer Processing has donated 1,210 pounds of deer so far this year to the Maryland Food Bank, Cawley said. “Participating butchers choose where they wish to donate the venison,” she said.

The number of tags available to pay the cost of processing each deer has dwindled. Donations have kept pace, Wilson said, but he’s noticed more hunters keeping their deer this year, or giving them away to someone they know who’s in need.

Cawley said money donations are “probably the biggest thing … because it’s hard times when there’s not COVID. And now you’ve got COVID, and the food insecurity rates have jumped.”

According to Cawley, between March 1 and Oct. 31, the Maryland Food Bank distributed enough food to provide 35 million meals to Marylanders in need.

“During that time frame, MFB distributed more than 42 million pounds of food vs. 21.5 million pounds distributed during the same period last year — that’s a 96% increase over last year’s distribution rate,” Cawley wrote in a Nov. 25 email. “MFB has seen a 371% increase in the amount of money spent on purchased food ($17.5 million vs. $3.7 million) from March 1 to Oct. 31.”

The need is greater, but hunters and farmers aren’t the only folks who can supply wild game to those in need.

“Money to be able to pay butchers to process the deer to donate to local food banks would be great, whether it’s the Maryland Food Bank or local churches. And they can do that through the fhfh.org website,” Cawley said.

Another incentive for hunters is the tax credit that was established two years ago. The legislation, sponsored by Del. Johnny Mautz, R-37B-Talbot, helps, Wilson said. “The $50 tax credit for someone who donates an antlerless deer and pays the processing bill” is a “backup if we run out of funds at a butcher shop.”

According to Maryland DNR’s website, Maryland hunters are encouraged to donate any extra deer they may harvest to Farmers and Hunters Feeding the Hungry. They may claim a tax credit of up to $50 for each legally harvested deer that is processed and donated to a nonprofit food sharing program. The maximum credit in any one tax year is $200 per hunter. The approved form to claim this credit is available at dnr.maryland.gov/wildlife/Documents/Feed-the-Hungry-Form.pdf.

For more information about Farmers and Hunters Feeding the Hungry or the Maryland Food Bank programs, please visit fhfh.org or mdfoodbank.org.