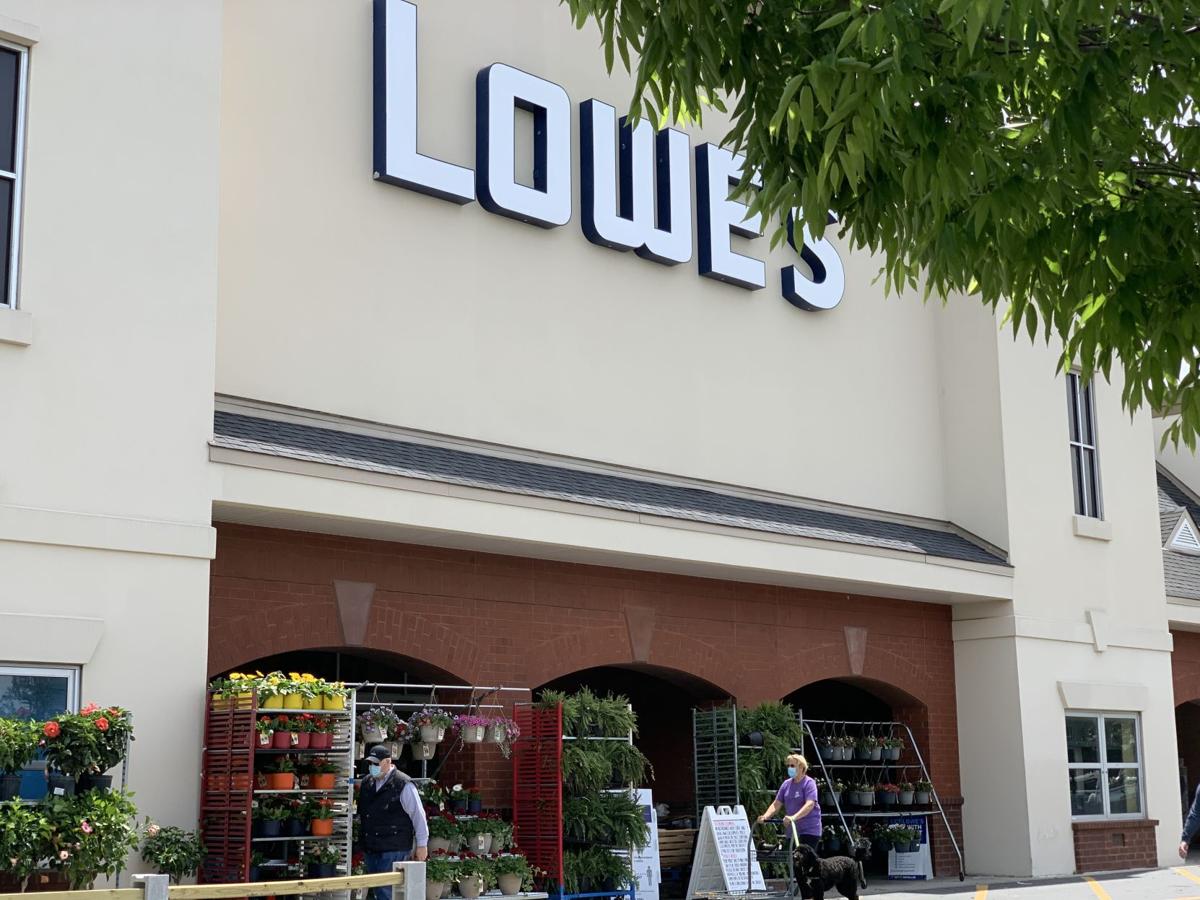 The Lowe’s Home Improvement store in Easton denies claims it’s struggling to enforce health safety guidelines as the shop has seen an increase in customers during the COVID-19 pandemic. 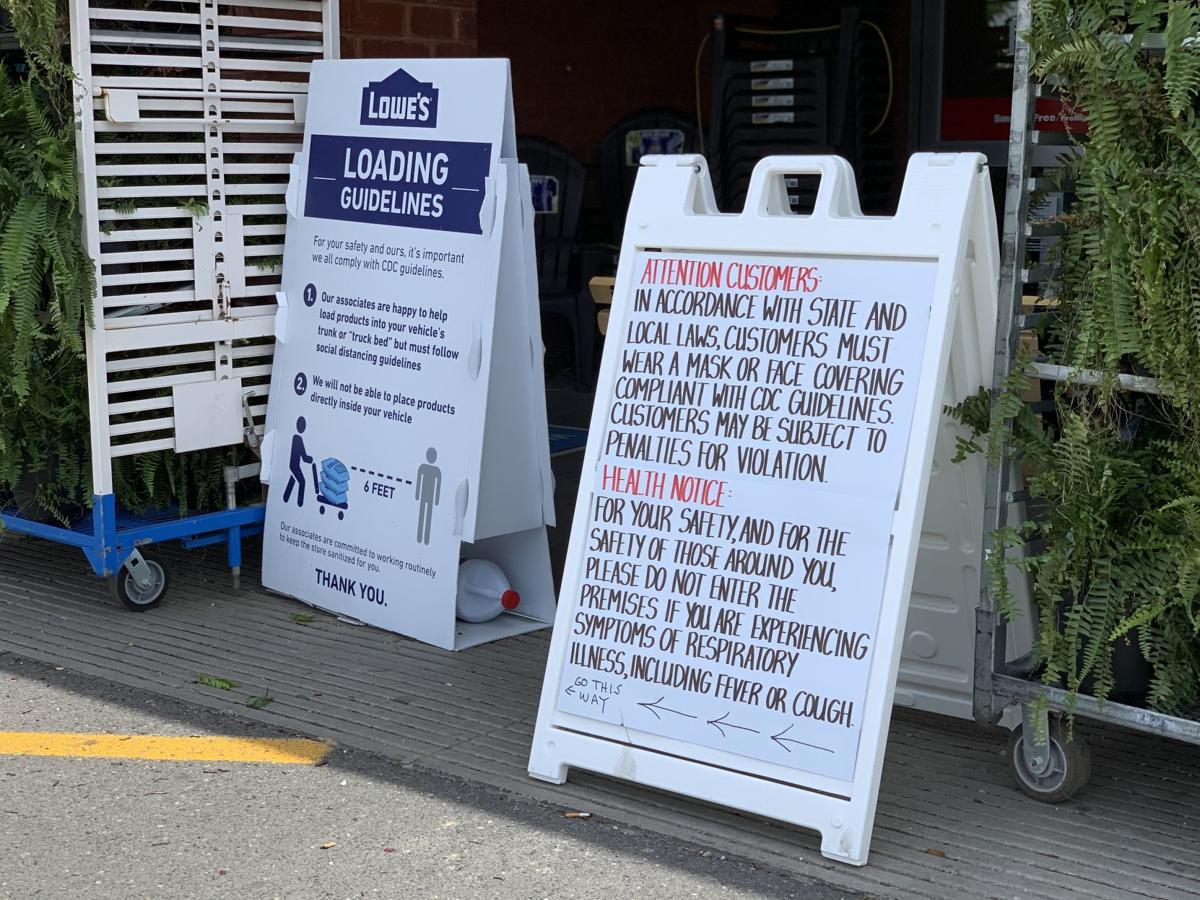 A sign outside the Lowe’s Home Improvement store in Easton warns customers about safety protocols to which they must adhere to enter the retail establishment.

The Lowe’s Home Improvement store in Easton denies claims it’s struggling to enforce health safety guidelines as the shop has seen an increase in customers during the COVID-19 pandemic.

A sign outside the Lowe’s Home Improvement store in Easton warns customers about safety protocols to which they must adhere to enter the retail establishment.

EASTON — The Lowe’s Home Improvement store in Easton has seen a significant influx of customers during the past several weeks of Maryland’s pandemic-fueled stay-at-home order — prompting shoppers and employees alike to ring the alarm on the shop’s alleged safety shortcomings.

One Lowe’s employee anonymously reported that the store’s management stopped counting customers as they entered the store just days after the shop implemented a 420-customer limit on Friday, May 1, and then a decreased 300-customer limit on Saturday, May 2.

The same employee also said the shop’s managers declined to help workers who reported feeling unsafe during interactions with angry or noncompliant customers, saying managers told them, “There’s nothing management can do.”

But Aaron West, flooring department manager at the Easton Lowe’s, denied the employee’s claims in an interview Tuesday, May 19. West said he’s not aware of any instance when an employee raised concerns to management and a manager declined to help them.

“If an associate had trouble, they would go to a manager,” he said. “We’ve got their back.”

West also said the store has had an employee posted at the entrance and exit at all times in order to ensure the store does not exceed its capacity and that the customers who enter are wearing masks.

When The Star Democrat interviewed West at about 1 p.m. Tuesday, the store only had a few dozen customers inside and an employee was checking customers at the door.

One of the store’s workers also was actively disinfecting checkout stations, and all of the employees and customers were wearing masks at the time.

Wadley said most of the complaints her department received about Lowe’s came from customers who were reporting other customers’ failure to mask or maintain a 6-foot distance while in the store.

She said it’s hard to respond to those reports because by the time police or someone from her team would arrive, the customer whose behavior was in question would no longer be there.

In response to the complaints, though, Wadley said she appointed someone from her department to work with Lowe’s to improve its adherence to certain safety protocols and ensure the store’s managers were informed of implementation and enforcement best practices.

The health officer said Lowe’s management was receptive to her department’s recommendations and has made safety improvements at the store. She attributed the complaints to the shop being slow to adapt to the virus-prompted changes because “no one has had to do this before.”

Wadley said she visited the store unannounced on a busy Sunday and did not find any conduct that concerned her.

The store’s management marked the floors with tape, enforced masking, and had employees cleaning checkout stations and stopping customers at the doors to keep the store at capacity, she said.

While West acknowledged there was a period of adapting to the safety measures at the store, he attributed issues the shop might still have to its employee pool having become more shallow as more workers continue to take time off for health, family and other reasons during the pandemic.

He said the worker shortage makes it difficult to keep up with the increased customer demands, especially during the weekend. West noted none of the Easton store’s employees has been confirmed to have contracted COVID-19.

Pedro Chen, a spokesman for Lowe’s Companies, Inc., declined an interview but said in an emailed statement, “The well-being of our associates and customers is Lowe’s priority.”

“We are continually evaluating our processes and have adjusted in-store procedures,” Chen wrote.

Wadley said her department has been in contact with the Easton Lowe’s management team, and there has been no indication that enforcement action is necessary, despite previous customer concerns.

The health officer said she’s confident that the store is continually working to ensure its customers and employees are safe during the coronavirus crisis.