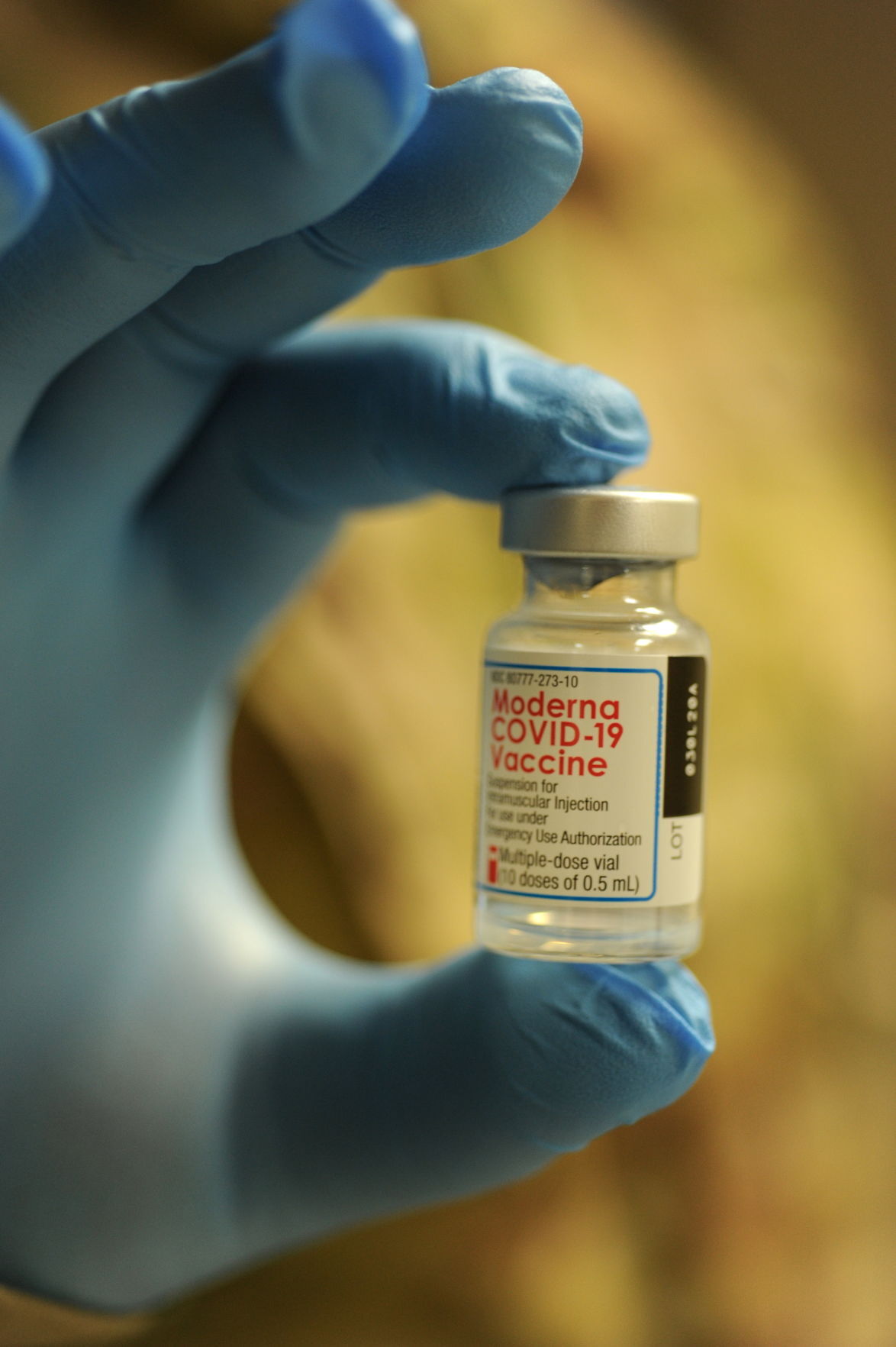 Here is the life saving Moderna vaccine. An Air National Guardsman holds up a vial at the Talbot County Community Center in Easton. There are ten doses in there.

Residents wait inside the Talbot County Community Center for a Moderna vaccine shot.

Here is the life saving Moderna vaccine. An Air National Guardsman holds up a vial at the Talbot County Community Center in Easton. There are ten doses in there.

Residents wait inside the Talbot County Community Center for a Moderna vaccine shot.

EASTON — The Talbot County Health Department says “inadequate vaccine doses” allocated this week from the state is preventing the county from moving into Phase 1C of vaccinations, which includes residents 65 and older.

Talbot County’s weekly allocation was slashed by more than half this week. The local health department told The Star Democrat it’s set to get 300 doses, amounting to only a fraction of the 700-dose allocation it received last week.

Acting County Health Officer Dr. Maria Maguire said the reduction hasn’t been explained to her, but she believes it’s related to the fact that Maryland is now distributing doses to retail pharmacies, such as Walmart, Rite Aid and Safeway.

Because of this reduced supply, the health department said in a news release Tuesday it will remain in Phase 1B of vaccine prioritization, despite Gov. Larry Hogan’s opening up vaccinations to Phase 1C-eligible recipients on Monday.

County leaders across Maryland have criticized the governor for advancing the state’s vaccine priority program when vaccine supply is still so limited and most counties haven’t been able to make a dent in their Phase 1A and 1B groups.

Hogan said in defense of his decision on Tuesday that vaccines weren’t getting into arms quick enough in the more limited-eligibility phases. “First it’s like, ‘You’re going too slow,’ now it’s, ‘You’re going too fast,’” he said. “We can’t have [vaccine] going bad on the shelves.”

While supply remains limited, Talbot County will continue focusing on vaccinating those age 75 and up, K-12 educators and childcare workers, and residents in congregate living facilities until the local health department announces otherwise.

Maguire said in an email last week the county had completed Phase 1A vaccinations for all eligible residents who pre-registered with her department. Though she said there could still be some 1A recipients outstanding and urged those individuals to register.

Prior to this week’s reduction in vaccine supply, Maguire had estimated it could take up three months to vaccinate all Talbot residents age 75 and older.

It’s unclear if that time frame will be expanded now or if vaccine allocations will rise to previous volumes in the coming weeks. The Maryland Department of Health did not immediately respond to questions about the reduced supply to local health departments.

Talbot County has vaccinated more of its population than any other Maryland jurisdiction, with 10.7% of its residents vaccinated so far.