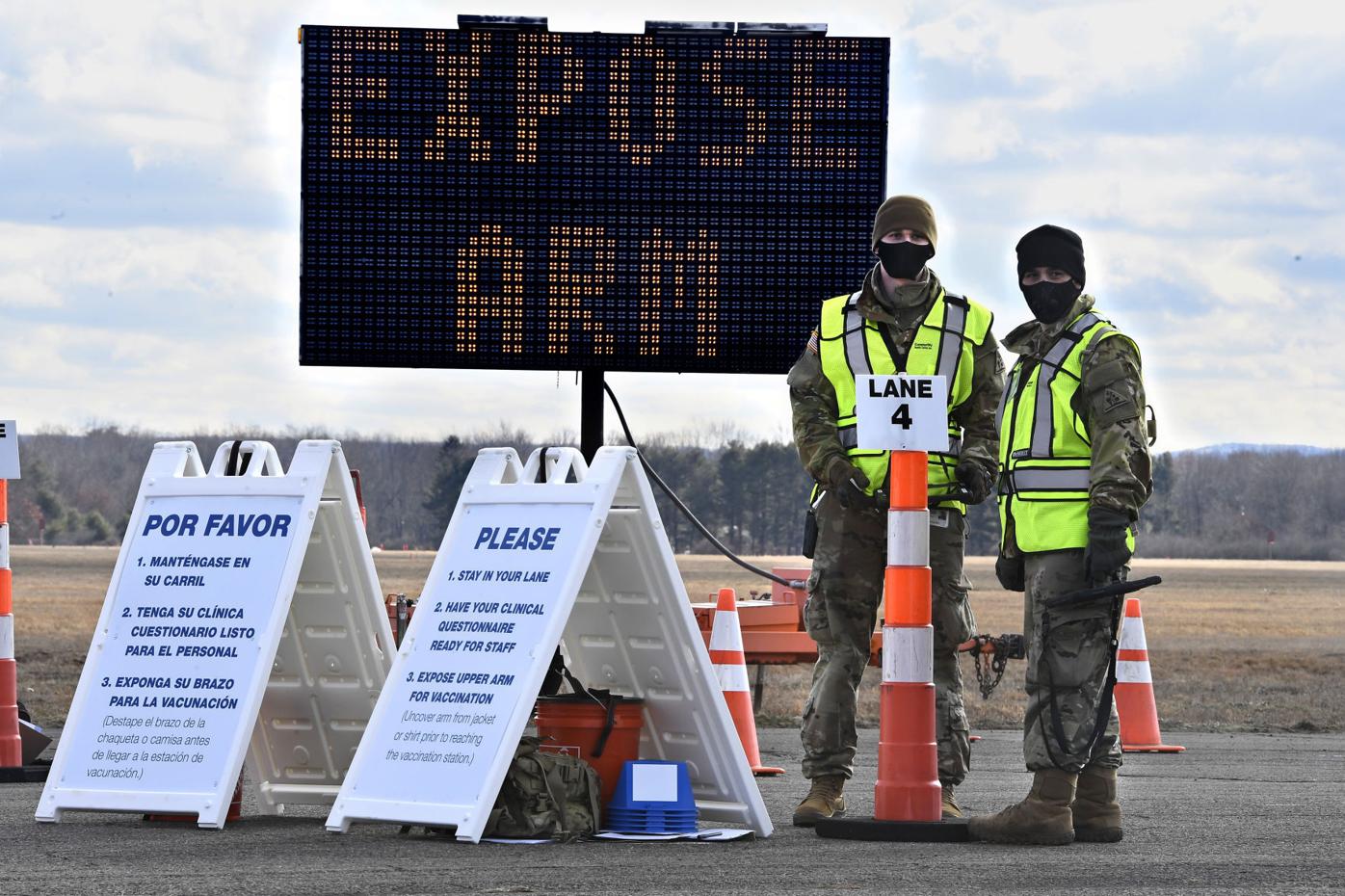 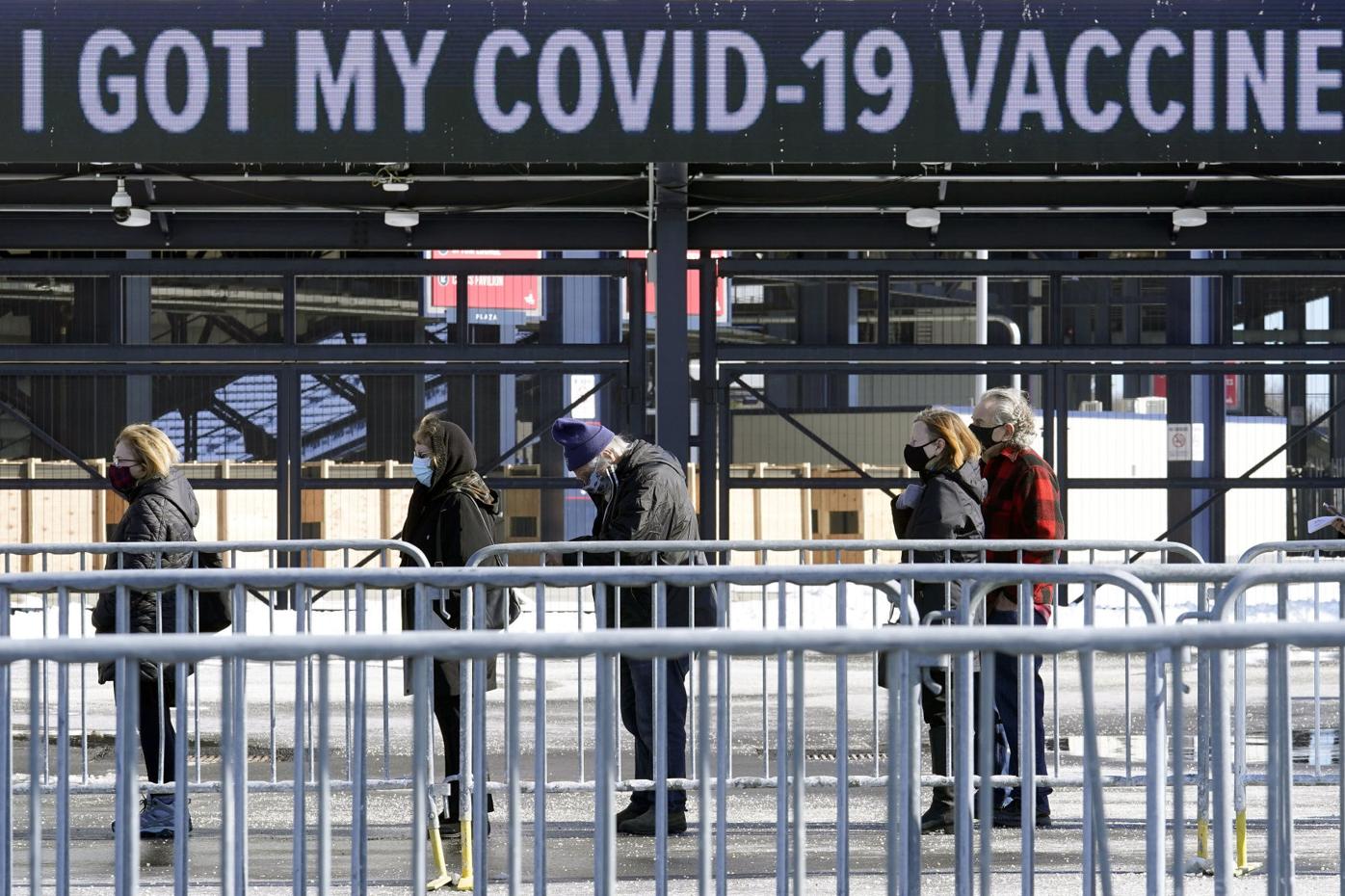 People wait in a socially distanced line to get their COVID-19 vaccinations at Gillette Stadium, Monday, Feb. 8, 2021, in Foxborough, Mass.

People wait in a socially distanced line to get their COVID-19 vaccinations at Gillette Stadium, Monday, Feb. 8, 2021, in Foxborough, Mass.

BALTIMORE — The state is opening more COVID mass vaccinations centers — including at the Baltimore Ravens home stadium and on the Eastern Shore — and is launching a new pilot project using churches to administer vaccines in hesitant communities.

The latter is part of a the state’s effort to increase vaccinations among African Americans and Hispanics as well as immigrant communities, including those who are undocumented.

The church pilot program will start by offering COVID-19 vaccines through two churches in Baltimore, according to Dr. Mark Martin, deputy director for the Office of Minority Health and Health Disparities for the Maryland Department of Health.

“We’re standing up a pilot with houses of worship to serve as temporary vaccination sites,” said Martin.

The program could be expanded to other churches, including on the Eastern Shore. “We’re building a list of churches who have expressed interest,” Martin said.

A new state mass vaccination center at M&T Bank Stadium (the Baltimore Ravens home field) will open on Feb. 25. MDH and Maryland National Guard also have plans to open large centers on the Eastern Shore as well as in southern and western Maryland. Those are scheduled to open next month. The Eastern Shore mass vaccination site has not been finalized, according to MDH.

For some, the mass vaccination sites provoke images of an Orwellian dystopia or apocalyptic science fiction and horror movies. That is not helpful in getting Marylanders hesitant or skeptical about the vaccines to get their shots, according to Dr. Anthony Harris, medical director for occupational health services company WorkCare.

Harris said communities and those with skeptical views of vaccines might not be keen on large-scale vaccination centers manned by National Guard troops. “It doesn’t answer many of the questions over their concerns of the vaccine itself,” said Harris.

The state had administered 893,860 COVID vaccines as of Monday, Feb. 15, according to MDH.

“Anti-vax” sentiments also extend to some Trump supporters and conservatives.

Harris said there is contemporary and historical distrust of the government and health care systems that ferments some of the vaccination hesitation that ranges from conservative Trump supporters to African Americans. “That goes backs to the Tuskegee Experiment,” said Harris of the skepticism toward vaccines among African Americans. “That is a stigma.”

The Tuskegee Experiment involved a lengthy U.S. government study that started in the 1930, which involved not treating 399 Black men who had syphilis. The men had been told they were receiving treatments when they were not — including after penicillin was deemed the prime treatment for the sexually transmitted disease. A number of the patients in the government experiment died or transmitted the STD to others.

The state also has launched a new advertising campaign promoting the COVID vaccines as safe and needed to curb the pandemic. The ads put a focus on African American, Hispanic and younger communities.

Martin said the churches in the state’s COVID vaccination pilot project are the New Shiloh Baptist Church and the Sacred Heart of Jesus church, both in Baltimore.

The state’s ad campaign to promote COVID vaccines has also started stressing that undocumented immigrants can also get free vaccinations. “A person’s immigration status is not at play,” Martin said in an interview with The Star Democrat.

Immigrant communities — including those who are undocumented — also have distrust levels of the government. They worry their information will be turned over to Immigration and Customs Enforcement (ICE). Martin said state vaccination data will not be shared with ICE or other law enforcement agencies.

Martin also said the pilot program via the Sacred Heart church will look at ways to validate a person’s vaccination eligibility and status without discouraging immigrants from getting shots. “These are the types of people who fall through the cracks,” Martin said.

MDH is also reaching out to immigrant communities who live and work on the Eastern Shore — including Haitians.

Employing churches to serve as vaccination sites provide residents an accessible and less intimidating place than a mass vaccination center manned by troops in a large stadium or convention center.

President Joe Biden is also dispatching U.S. military troops as part of new federal vaccination centers. Other states and regions have also set up “mass-vax” sites at places such as Yankee Stadium in New York, Disneyland and Dodger Stadium in California, Gillette Stadium in Massachusetts and the Atlantic City Convention Center in New Jersey.

Harris likes the idea of using churches and neighborhood community centers to get more COVID vaccines administered.He said some communities also do not have access to medical officers, pharmacies or grocery stores where vaccines are also being offered.

“In these underserved area you don’t have a CVS or Walgreens down the street,” he said.