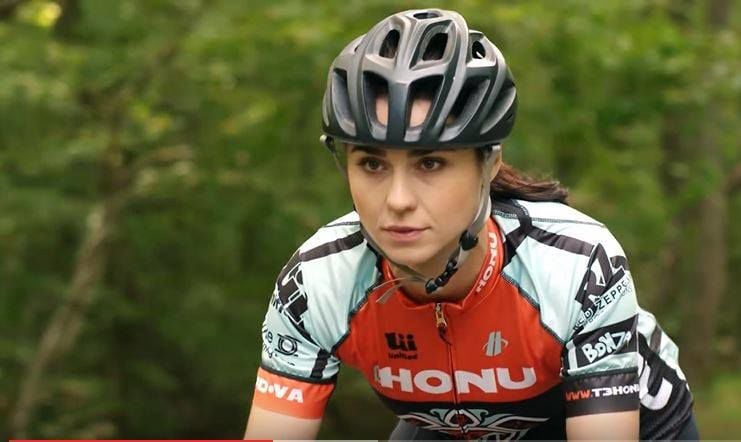 An image from the film “TRI,” now featured in the “Chesapeake Film Festival Selects” series, is shown.

An image from the film “TRI,” now featured in the “Chesapeake Film Festival Selects” series, is shown.

EASTON — The Chesapeake Film Festival is coming into your home.

Festival films from years past are available for viewing on “Chesapeake Film Festival Selects,” a new feature of the Laurel Channel.

Screen films for free during a seven-day trial subscription. Then, with a monthly subscription fee of $5.99, you can continue to watch any of the films, any time. Alternatively, you can rent or purchase individual films.

“This is our way to connect with you, our film community, during the ongoing public health crisis,” a news release from the festival stated. “With many of our films on Chesapeake Film Festival Selects by our board members, this is a way for you to get to know us better. We thank you for your support in the past and look forward to serving you in the future.”

If the consequences of global warming and higher sea levels are distant concepts for you, come on down to Dorchester County, ground zero for sea level rise along the Maryland portion of the Chesapeake Bay. Observe the dying forests, sunken tombstones and waterlogged home foundations of vanished communities, and hear warnings from scientists, and the stories of residents who may soon need to retreat because of higher water.

“Nassawango Legacy” honors one family’s multi-generational efforts to protect a Chesapeake Bay stream and the Nature Conservancy’s work to assure it continues to flourish as part of an 11,000-acre preserve. Paddle down Nassawango creek with Joe Fehrer and his family as he remembers the pioneering environmental activism of his parents.

”Arc of Light: A Portrait of Anna Campbell Bliss” (30 minutes)

“Arc of Light” examines the broad spectrum of this artist’s life and work. Tracing the aesthetic influences of her early childhood through her groundbreaking career as a Harvard-trained architect, Bliss emerges as a cutting-edge artist whose work fuses an astonishing range of elements, including architecture, mathematics, computer technology, painting, printmaking and calligraphy. The documentary film examines Bliss’ roots in the Bauhaus school, which flourished in Germany in the 1920s, and how the Bauhaus artists influenced the development of her extensive contribution to American modern art.

“The Bonobo Connection,” narrated by Hollywood actor and activist Ashley Judd, takes a look into one of our closest and most forgotten relatives, bonobo apes. Journey into a corrupt world, full of habitat destruction, political war, civil unrest and illegal hunting, and you will find one of the most peaceful beings on Earth, the bonobo. Through bonobos in captivity at the Columbus Zoo in Ohio we learn about their cousins in the wood forests of the Democratic Republic of Congo. World leaders in wildlife conservation and great ape research discuss the system of cooperation bonobos have created.

Directed by Theodore A. Adams III

Jason Wilson, a celebrated young African American actor, enrolls at a prestigious theater school in Japan to play the lead role in Shakespeare’s “Othello,” only to find his dreams of greatness are tempered by an instructor who challenges him to question his reason for being there.

Natalie, an ultrasound tech with a history of not finishing things, is inspired by a cancer patient to sign up for a triathlon. Natalie is introduced to the strange (and aerodynamic) world of triathletes and meets a colorful cast of characters as she trains for the Nation’s Triathlon. With the support of her new teammates, she digs deep to discover just how far she can push her mind and body.