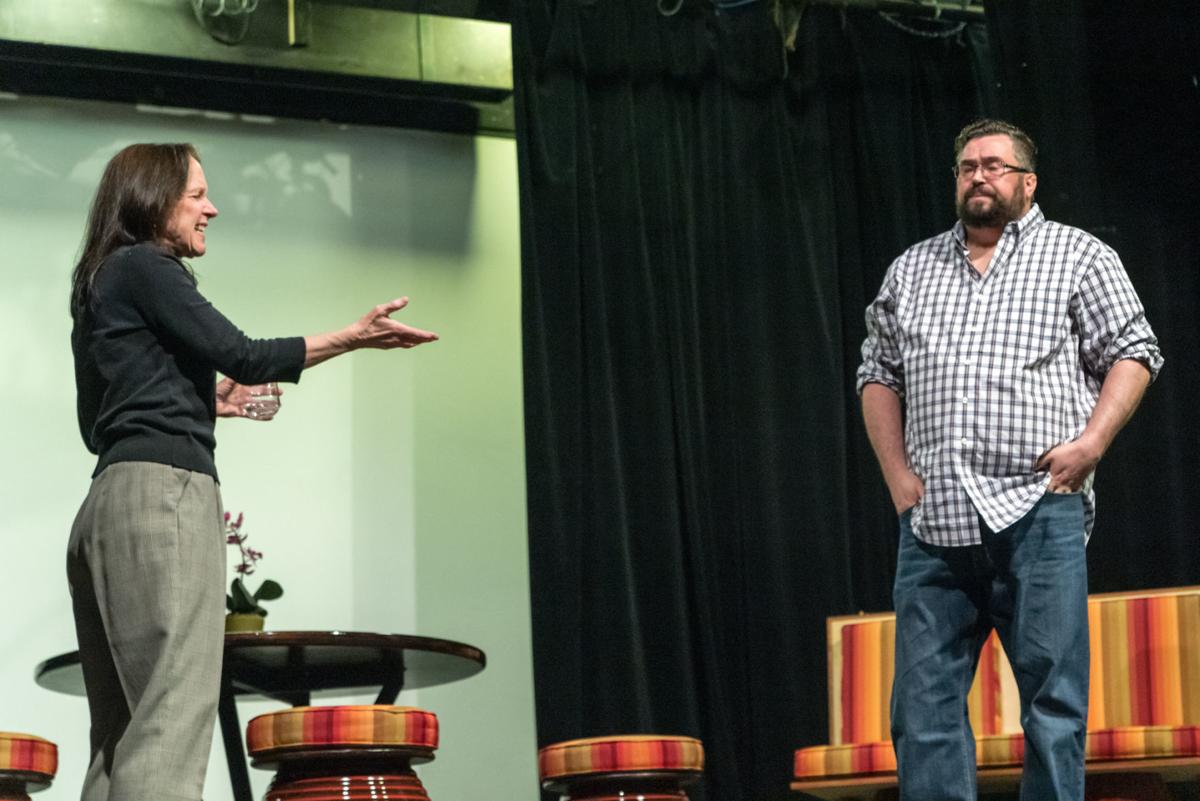 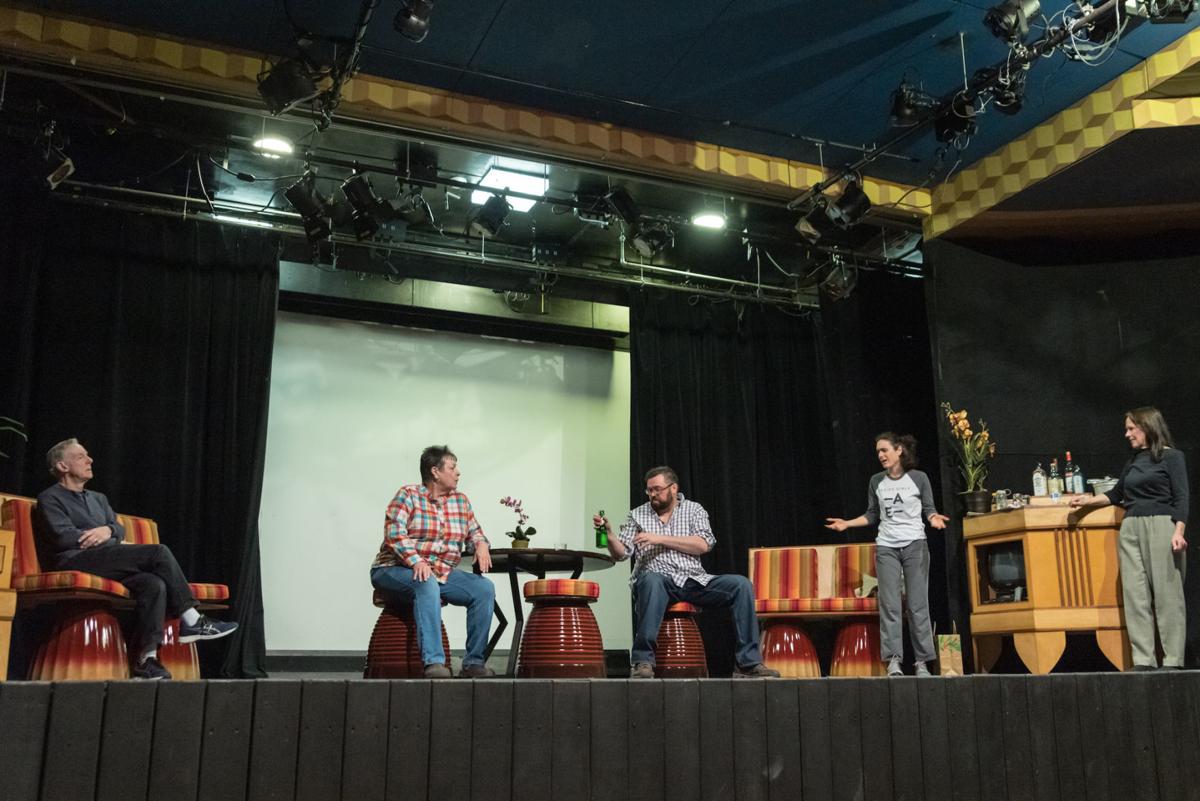 The Wyeth Family —from left, Brian McGunigle as Lyman, Kathy Jones as Silda, Matt Folker as Trip, Christine Kinlock as Brooke and Colleen Minahan as Polly — discuss the events of the past in Church Hill Theatre’s production of “Other Desert Cities.” 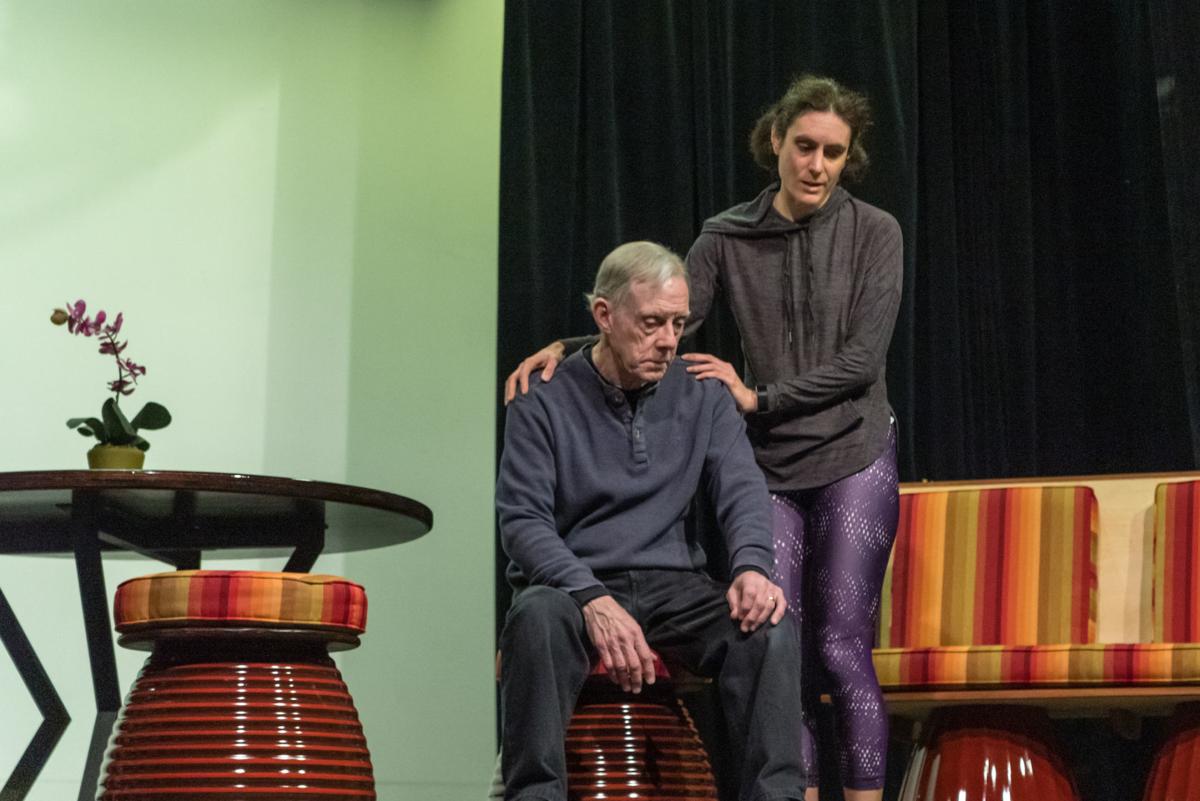 Christine Kinlock as Brooke, offers consolation to her father Lyman, played by Brian McGunigle, in Church Hill Theatre’s production of “Other Desert Cities.” 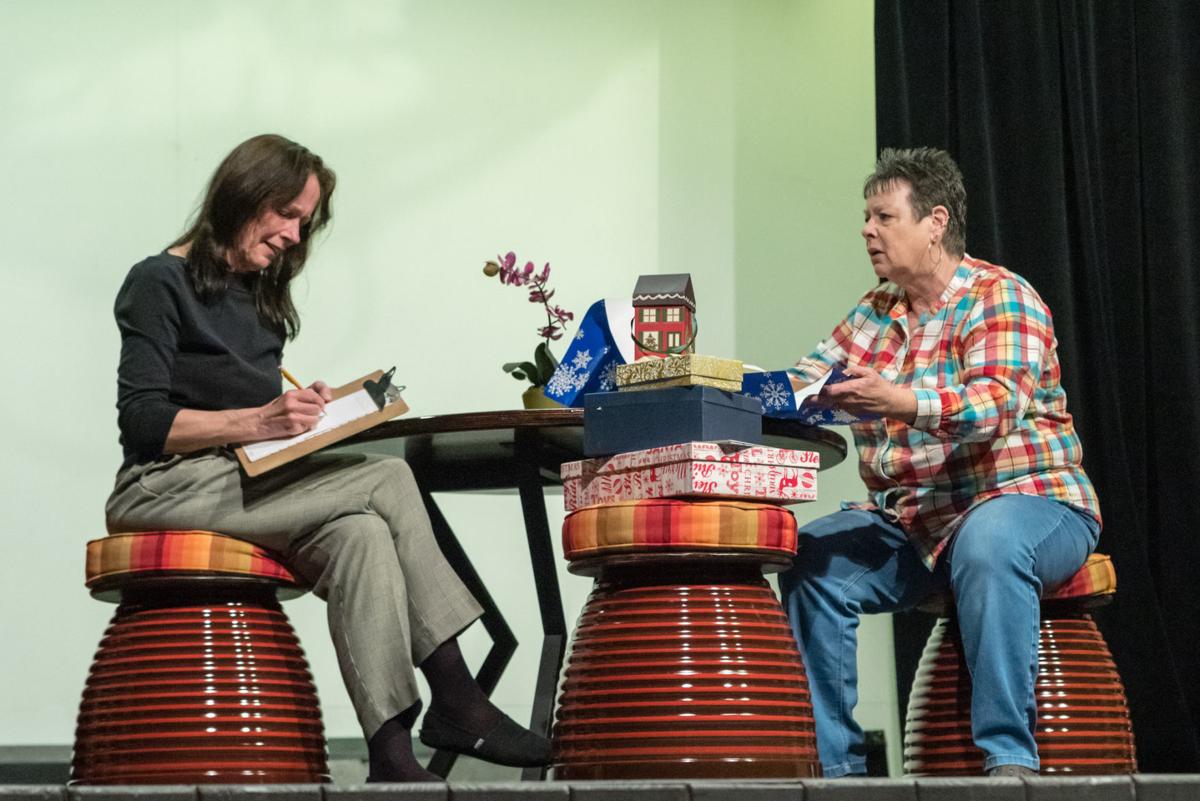 The Wyeth Family —from left, Brian McGunigle as Lyman, Kathy Jones as Silda, Matt Folker as Trip, Christine Kinlock as Brooke and Colleen Minahan as Polly — discuss the events of the past in Church Hill Theatre’s production of “Other Desert Cities.”

Christine Kinlock as Brooke, offers consolation to her father Lyman, played by Brian McGunigle, in Church Hill Theatre’s production of “Other Desert Cities.”

Running on weekends through Feb. 2

CHURCH HILL — Family secrets? We all have them. But who “owns” them, and can brutal honesty promote stronger familial bonds?

Jon Robin Baitz’s comedy “Other Desert Cities” leaves us without a clear answer — and perhaps ready to dig into our own un-excavated memories.

Opening Friday, Jan. 17, one of contemporary theater’s most thought-provoking dramas will lead off the 2020 season at Church Hill Theatre.

Lyman and Polly Wyeth are wealthy and respected from the movie industry, active in Republican politics and comfortably retired in their beautiful Palm Springs, Calif., home.

The façade begins to crack as the family gathers for the Christmas holidays and daughter Brooke’s new book turns out to be a scathing memoir that blames her parents for the tragic loss of an older brother.

Like a dark cloud in the clear desert sky, the recently over Vietnam War shades the family’s perceptions of reality.

Brian McGunigle, most recently seen in “The Importance of Being Earnest,” is Lyman Wyeth, a B-list movie star who served as an ambassador for President Ronald Reagan. A really nice guy, Lyman likes to keep the drama on the screen and not in his living room.

Colleen Minihan, who played Sara in “The Sisters Rosensweig,” plays Polly, the brains and central force of the Wyeth family.

Kathy Jones, last seen in “33 Variations,” plays Polly’s sister Silda, who is just out of rehab. In earlier years, the sisters worked together as successful screenwriters.

The Wyeth children, Brooke and Trip, are played by Christine Kinlock (“The Importance of Being Earnest”) and Matt Folker (“Jesus Christ, Superstar”). Brooke, an East Coast liberal, an established but emotionally fragile writer, hopes her cathartic memoir will clarify long festering secrets. Trip initially seems the family lightweight, but proves that normal is a good place to be.

Their lost brother Henry still hovers in the wings, never talked about, but never forgotten.

A finalist for the 2012 Pulitzer Prize and nominated for five Tony Awards, “Other Desert Cities” has been a strong audience favorite for almost a decade.

Whitehill also designed the set, creating a mid-century modern hacienda on the Church Hill stage. He is assisted by Sylvia Maloney as producer and Steve Atkinson as stage manager. Lighting and sound design are by Doug Kaufmann, with Debra Ebersole in charge of costumes.

“Other Desert Cities” runs through Feb. 2. Performances are at 8 p.m. Fridays and Saturdays, and 2 p.m Sundays.

Reservations can be made at churchhilltheatre.org or by calling 410-556-6003.

Special two-for-one tickets are available on opening night only by calling the office or at the box office.