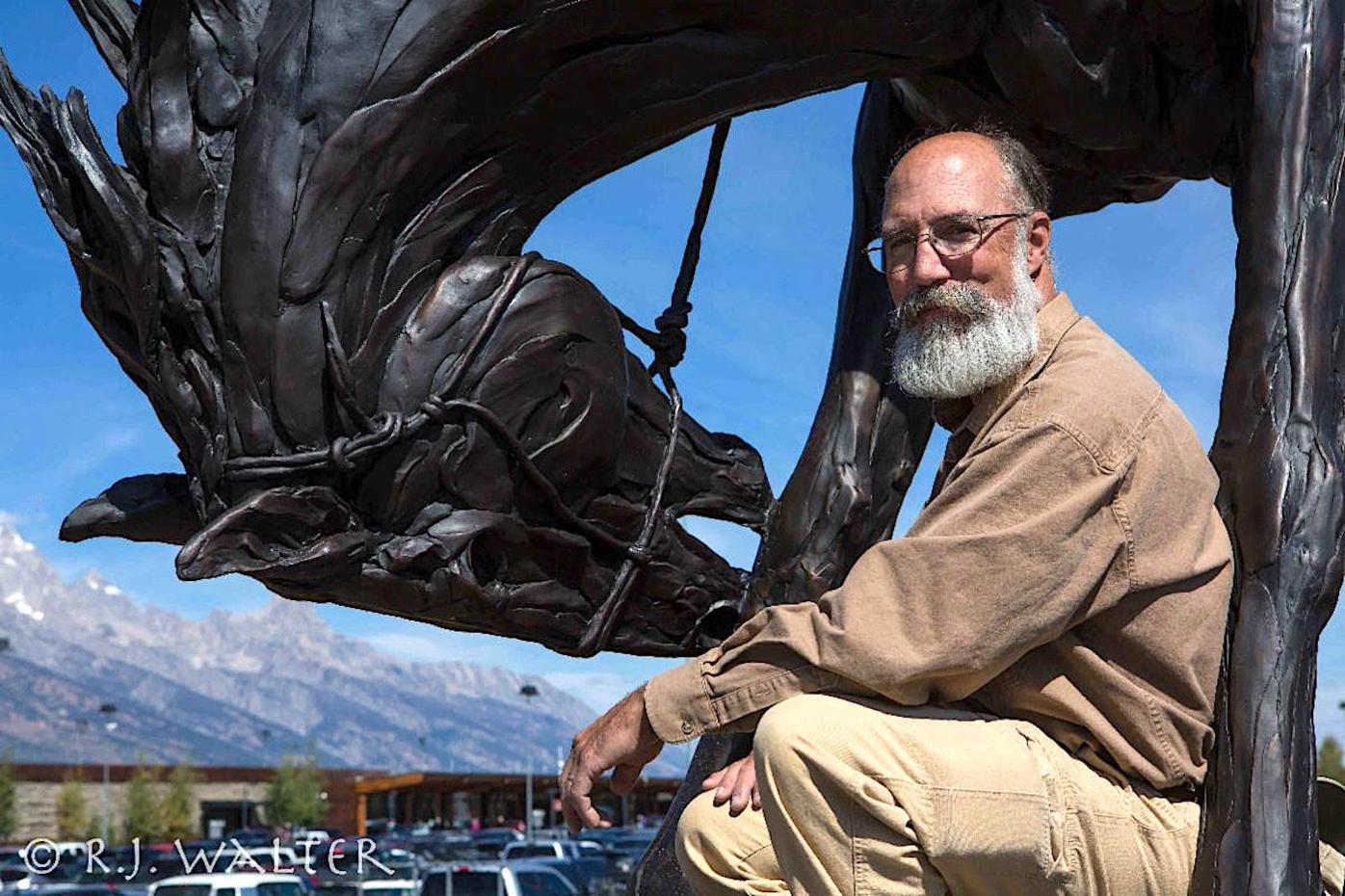 Sculptor Bart Walter is the featured artist for the 50th anniversary Waterfowl Festival. He first exhibited at the Festival in 1974 at the age of 16 as a wood carver. 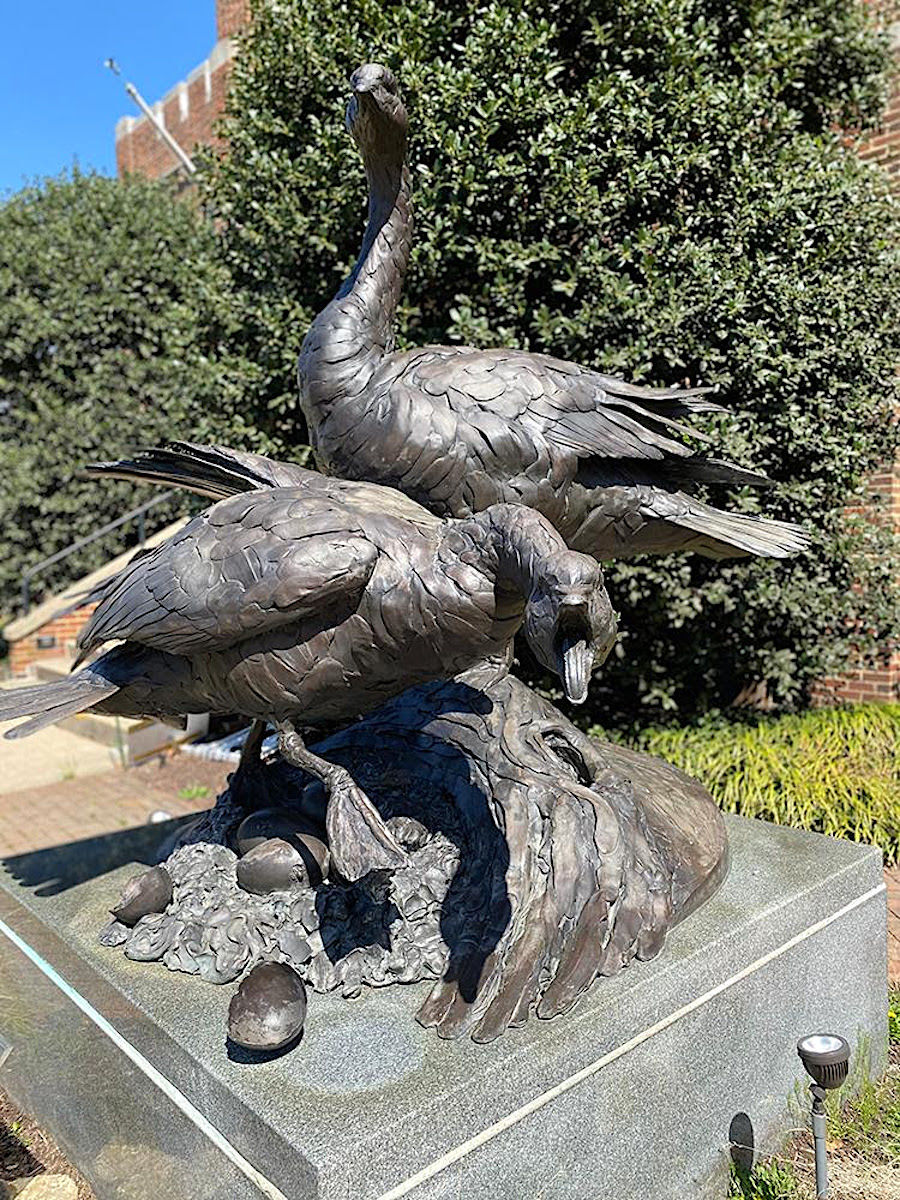 Bart Walter’s sculpture, “Family Affair,” was created in honor of the Festival’s 25th Anniversary in 1995 and is a beloved part of the historic downtown’s streetscape.

Sculptor Bart Walter is the featured artist for the 50th anniversary Waterfowl Festival. He first exhibited at the Festival in 1974 at the age of 16 as a wood carver.

Bart Walter’s sculpture, “Family Affair,” was created in honor of the Festival’s 25th Anniversary in 1995 and is a beloved part of the historic downtown’s streetscape.

EASTON — The Waterfowl Festival is welcoming internationally renowned sculptor Bart Walter of Westminster back to Easton as the Featured Artist for its 50th Festival on Nov. 12-14.

“We are proud to have Bart Walter join us for our 50th anniversary,” said Kevin Greaney, Waterfowl Festival board president. “Bart has been part of the Festival Family for many years and shares our belief that art plays an important role in conserving the landscapes, habitats and heritage of the Eastern Shore.”

Walter’s artistic career has deep roots in Easton and with the Waterfowl Festival. He grew up in Baltimore and spent weekends and summers on the Eastern Shore hiking, hunting, fishing and canoeing where he developed his love of the natural world. Walter first exhibited at the Festival in 1974 at the age of 16 as a wood carver and became a loyal exhibitor for many years.

“Bird carving was odd to my friends in Baltimore City,” said Walter. “The Waterfowl Festival opened my eyes to other people my age who had similar interests in art and nature. I fell in love with the Festival, and my fellow exhibitors and Festival volunteers became my extended family. I am honored to be part of this ‘homecoming,’ to celebrate this significant anniversary with such a wonderful community of artists and volunteers.”

Although Walter began his career as a wood carver, he transitioned to working with Bronze in the late 1980s. While attending a lecture, his work caught the attention of famed primatologist, Jane Goodall. She commissioned Walter to make two chimpanzee sculptures that now reside at the Jane Goodall Institute in Arlington, Virginia.

A trained biologist, Walter prefers to sketch and sculpt in the wild and gets as close to his subjects as possible. Walter has sketched and sculpted chimpanzees and elephants in Africa, polar bears in the Arctic, penguins in the Antarctic and wild mustangs on the plains of Wyoming.

Walter’s work can be found around the world in private and public collections including the Ugandan Wildlife Authority Headquarters in Kampala, the private collection of King Abdullah in Saudi Arabia, the National Zoo in Washington, the Leigh Yawkey Woodson Art Museum in Wausau, Wisconsin, and the National Museum of Wildlife Art in Jackson, Wyoming.

When asked about the pieces and exhibitions of which he is most proud, Walter shares projects with both professional and personal significance. The first is the recent installation of “Battle of Wills” a 15.5 foot bronze bucking bronco at the entrance of the Jackson Hole Airport in Wyoming. The second is his 1996 solo exhibition at the Musee de Vernon in the village of Vernon, France, located across the River Seine from Giverny, where Claude Monet lived and painted his famous waterlilies and other impressionistic masterpieces.

His sentimental choices are “Wild Imaginings,” a bronze sculpture of a full-size lion and boy, at his hometown public library in Westminster and “Family Affair” the bronze sculpture of a pair of geese and their hatchlings that resides at the front of the Waterfowl Building on South Harrison Street in Easton where his artistic career began.

“Family Affair” was created in honor of the Festival’s 25th Anniversary in 1995 and is a beloved part of the historic downtown’s streetscape. Taking photos with “Family Affair” has become a rite of passage and part of visitors’ annual Waterfowl Festival traditions.

These rituals are what Walter loves most about public art. “It’s the gift that keeps giving. It’s always out there and always speaking to the public, years and even decades later.”

As the 50th Featured Artist, Walter will create a sculpture exclusively for the 2021 Waterfowl Festival. The work will be unveiled this summer. The Waterfowl Festival was canceled in 2020 because of the coronavirus pandemic. It is slated to return in November. The festival is one of the largest events on the Eastern Shore and is a major economic and tourism driver for Talbot County and the Mid-Shore.

“Given Bart’s international acclaim and popularity, we are very grateful for his gift of time and incredible talent in support of our 50th year,” said Waterfowl Chesapeake Executive Director Margaret Enloe. “Our partnership has been years in the works. We offer this announcement with excitement for this fall and a Festival where everyone has renewed excitement for friendships, community and the beauty of our natural world.”