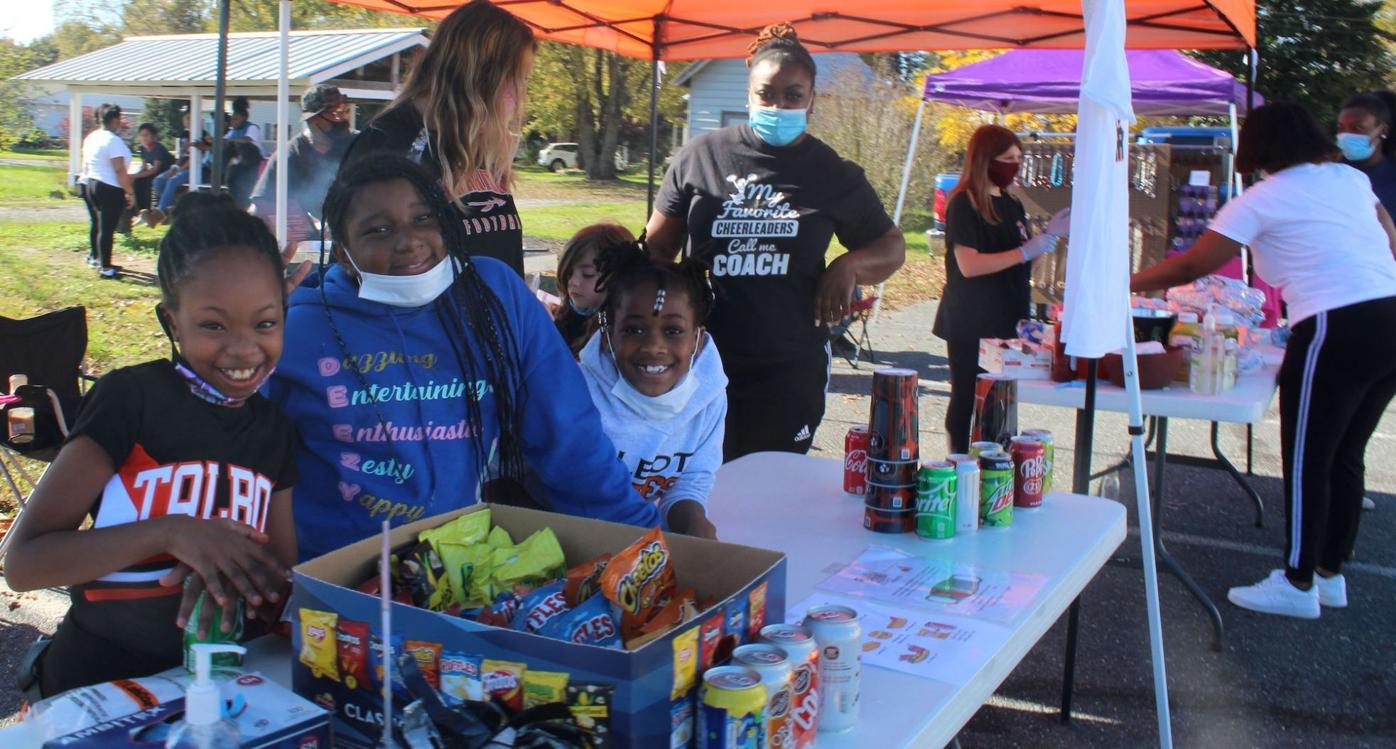 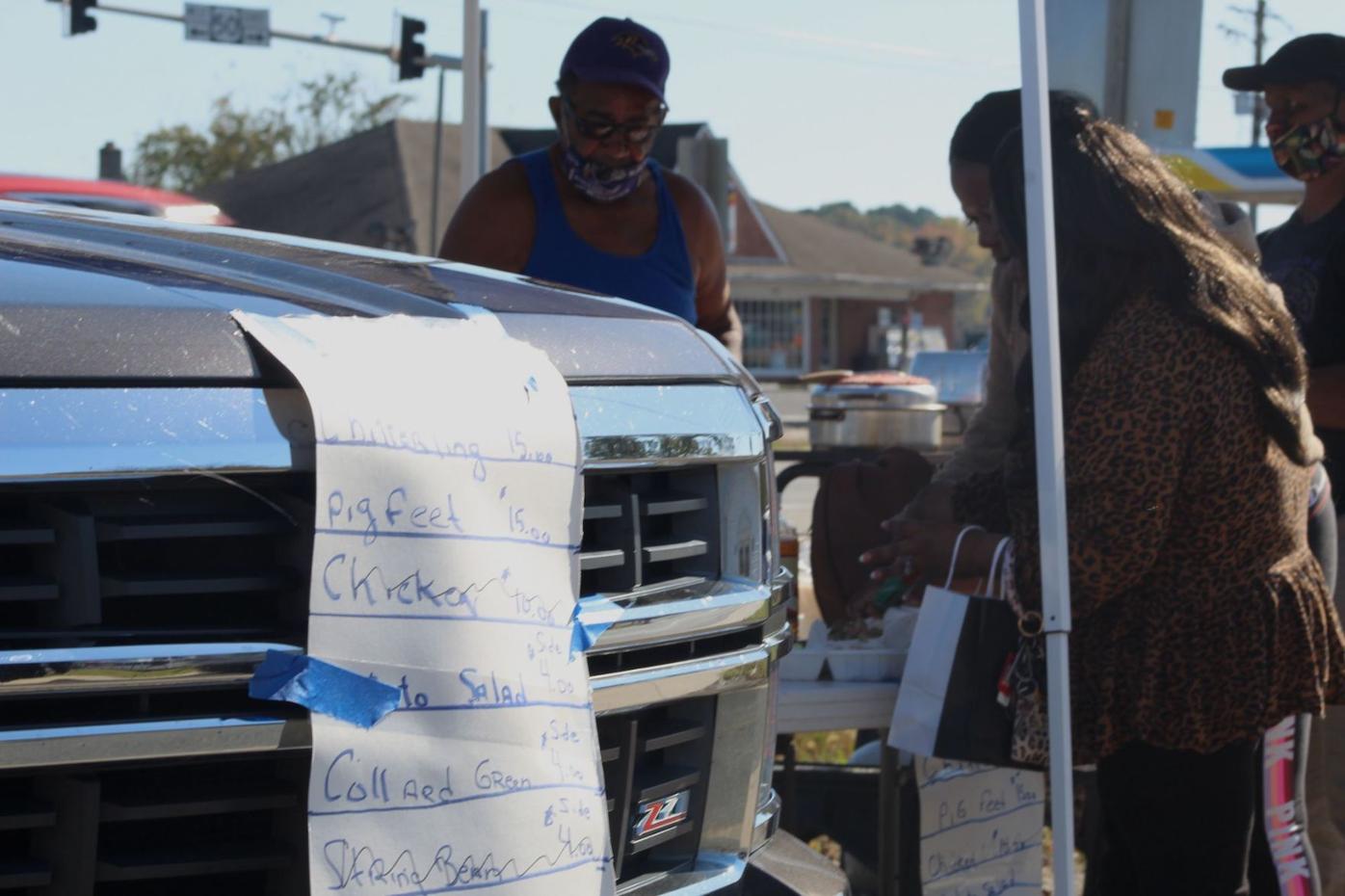 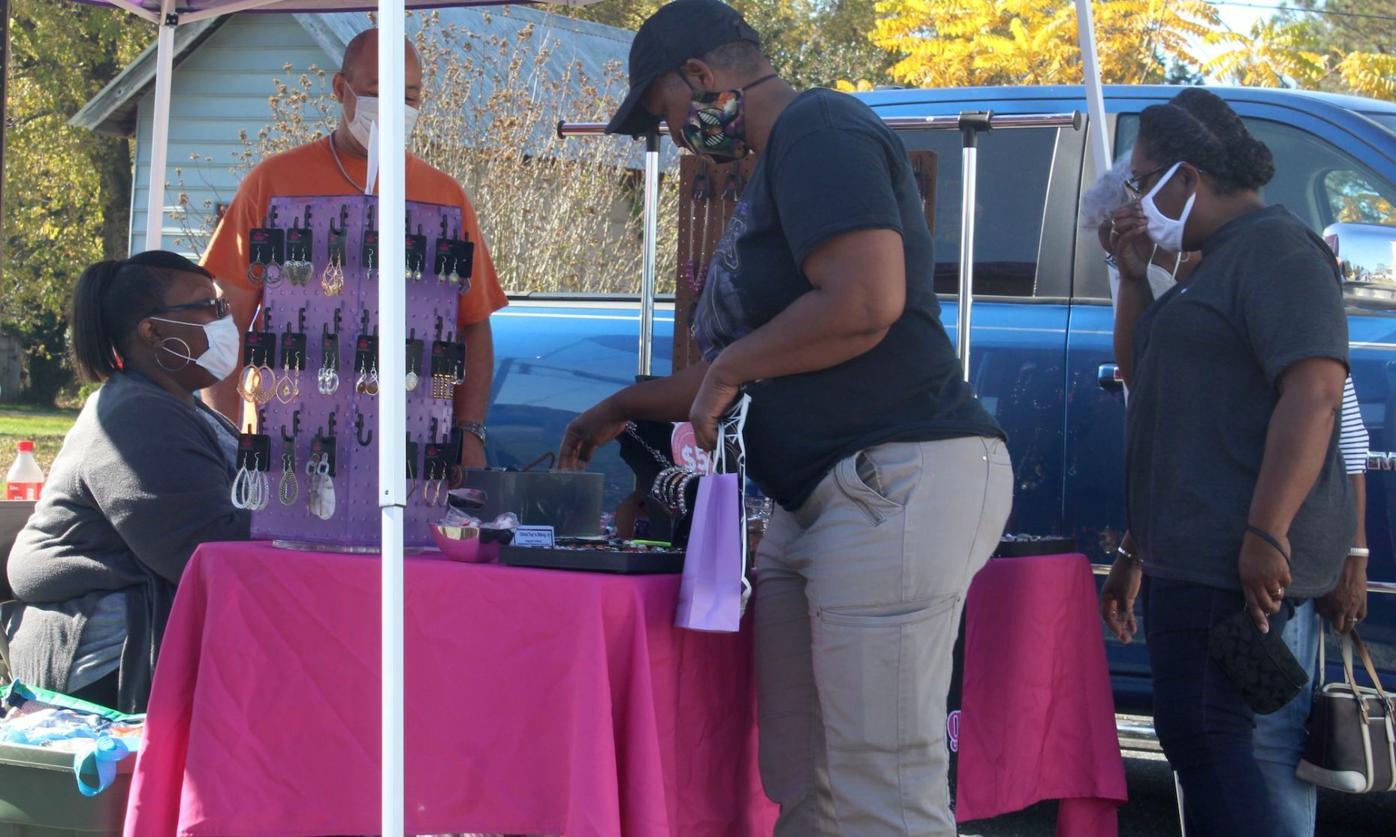 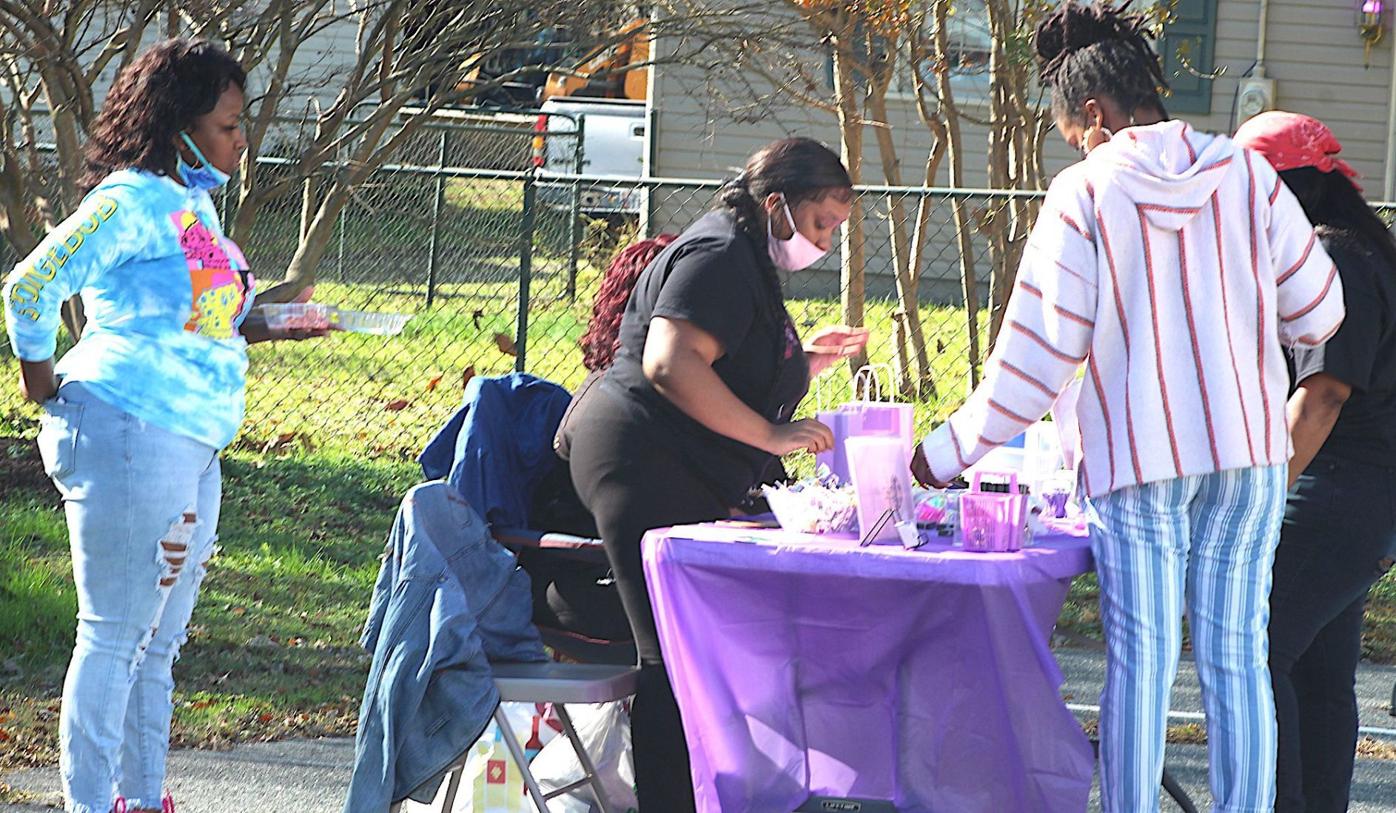 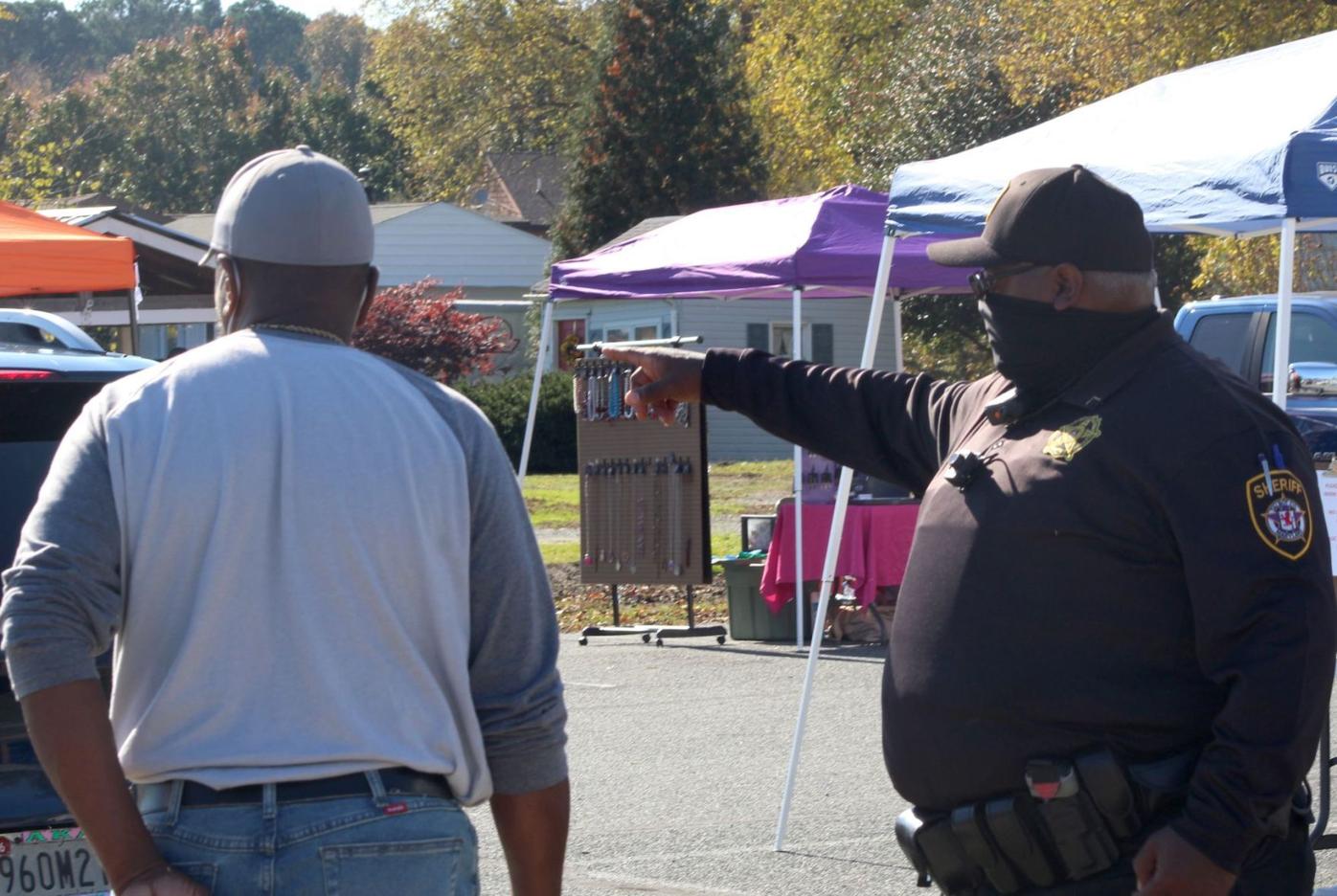 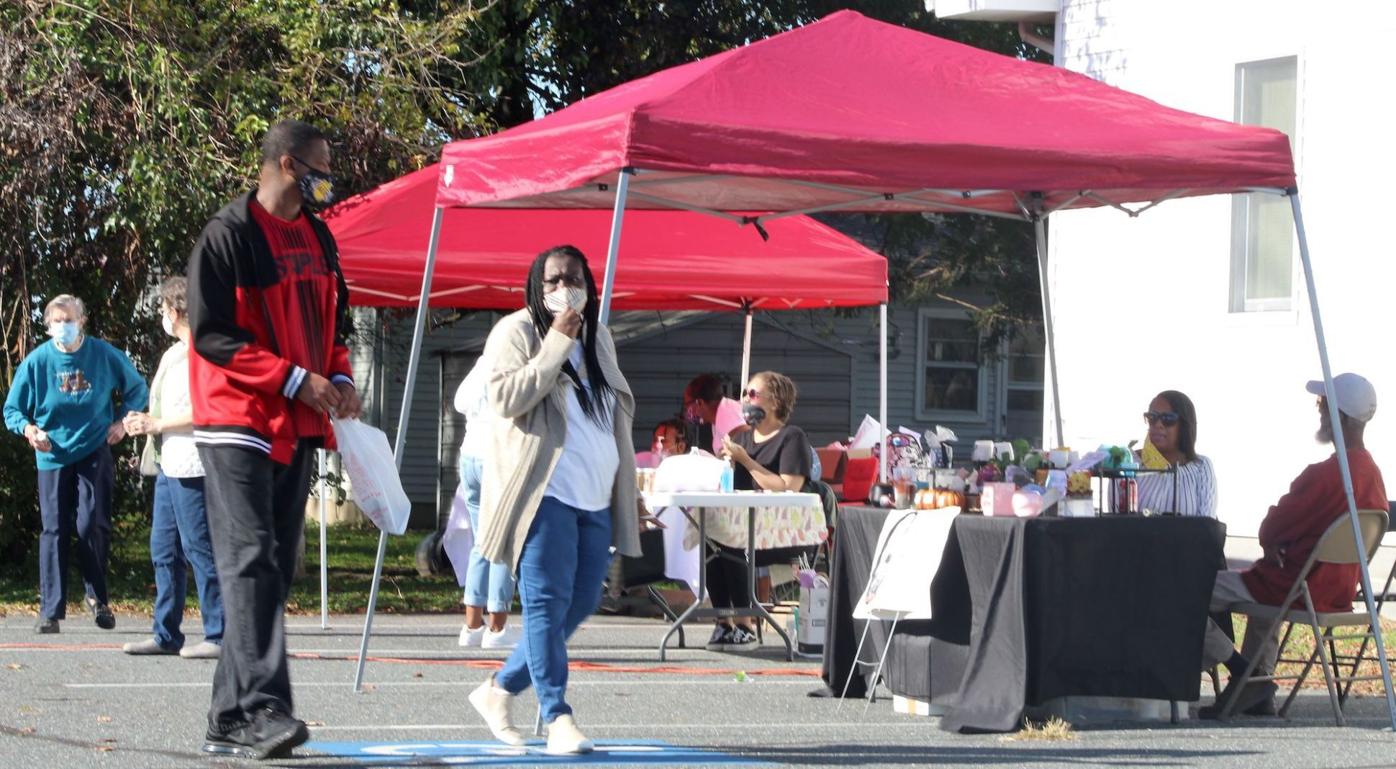 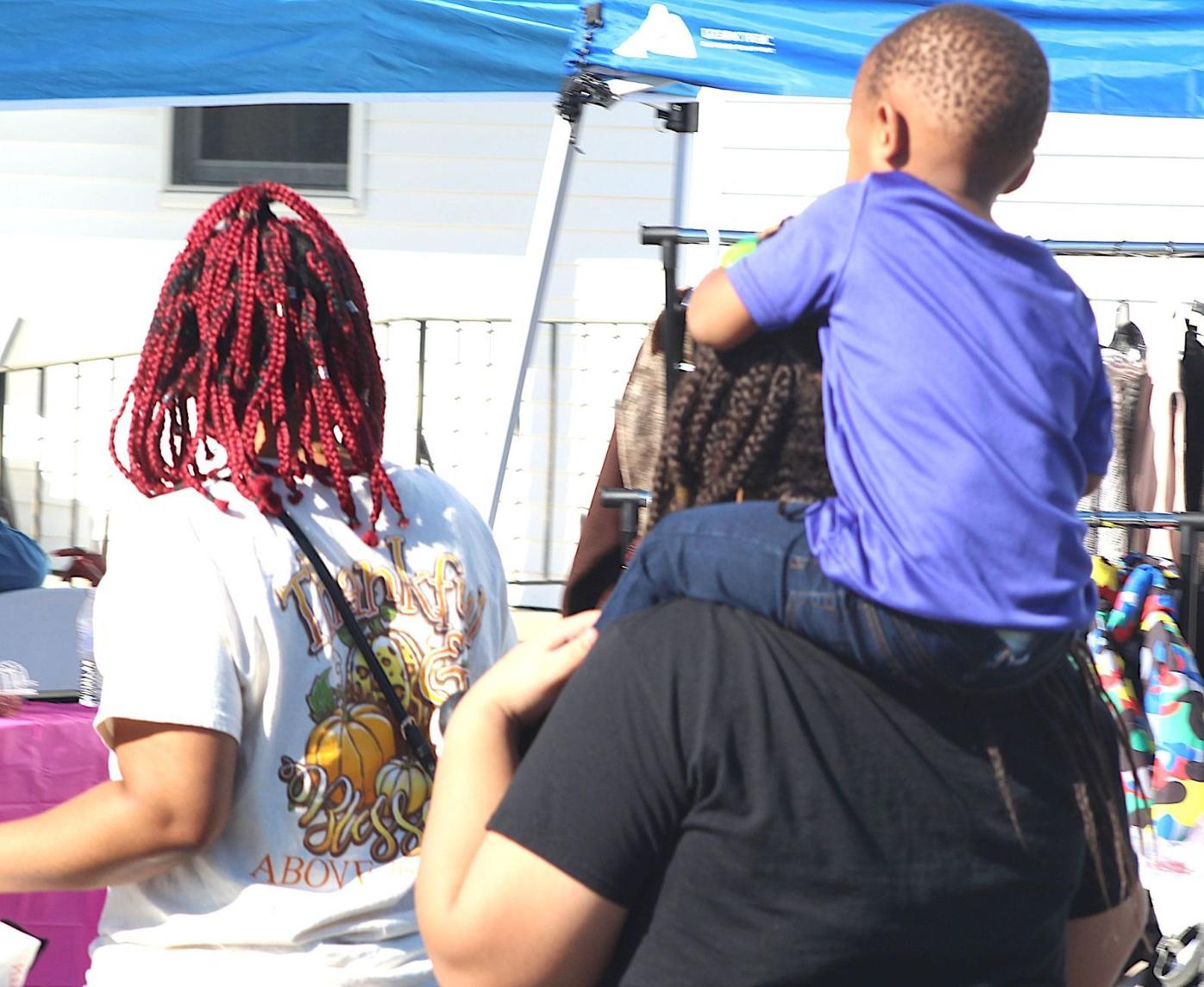 A child clings to his mother’s back on Uncle Nace’s Day, Nov. 7. 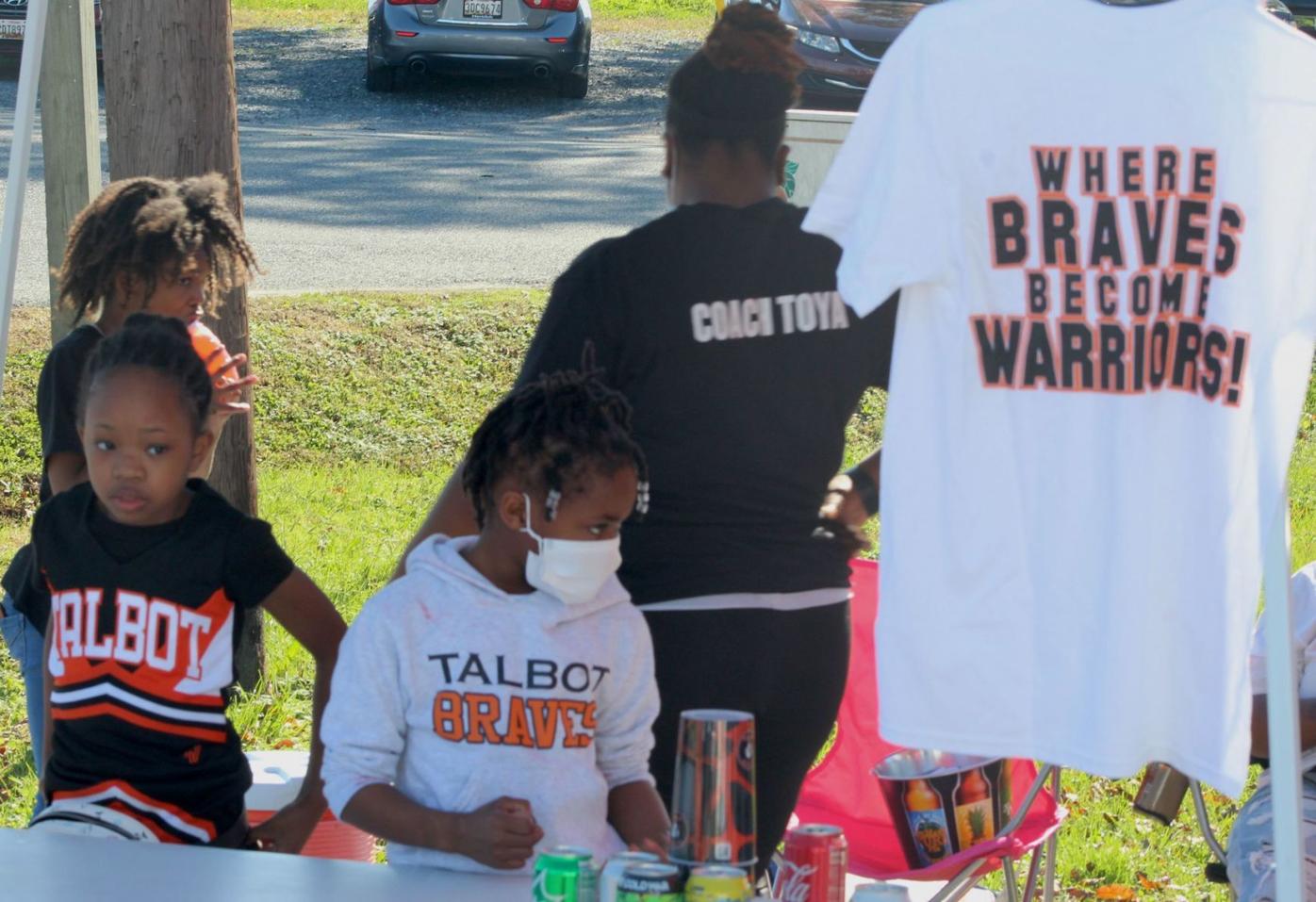 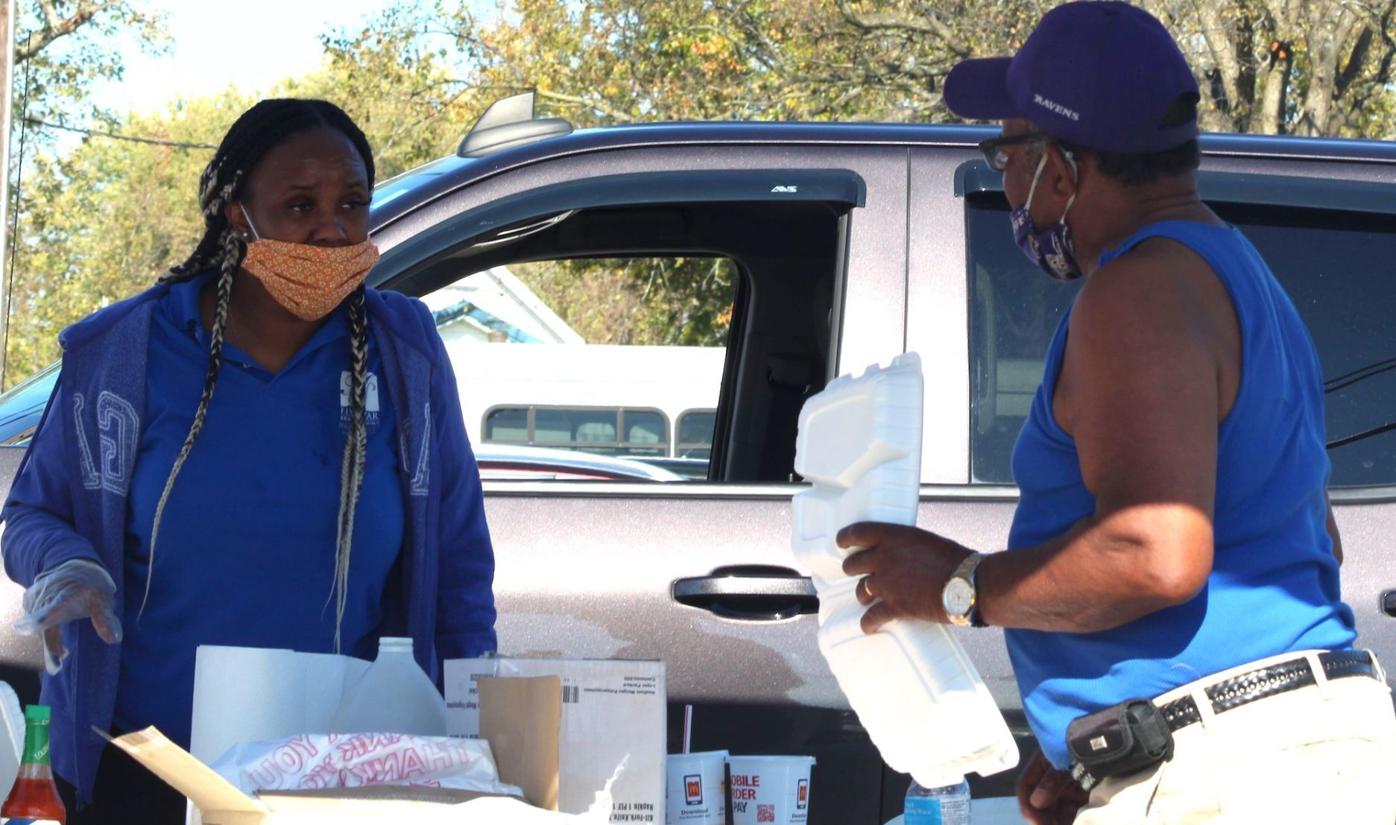 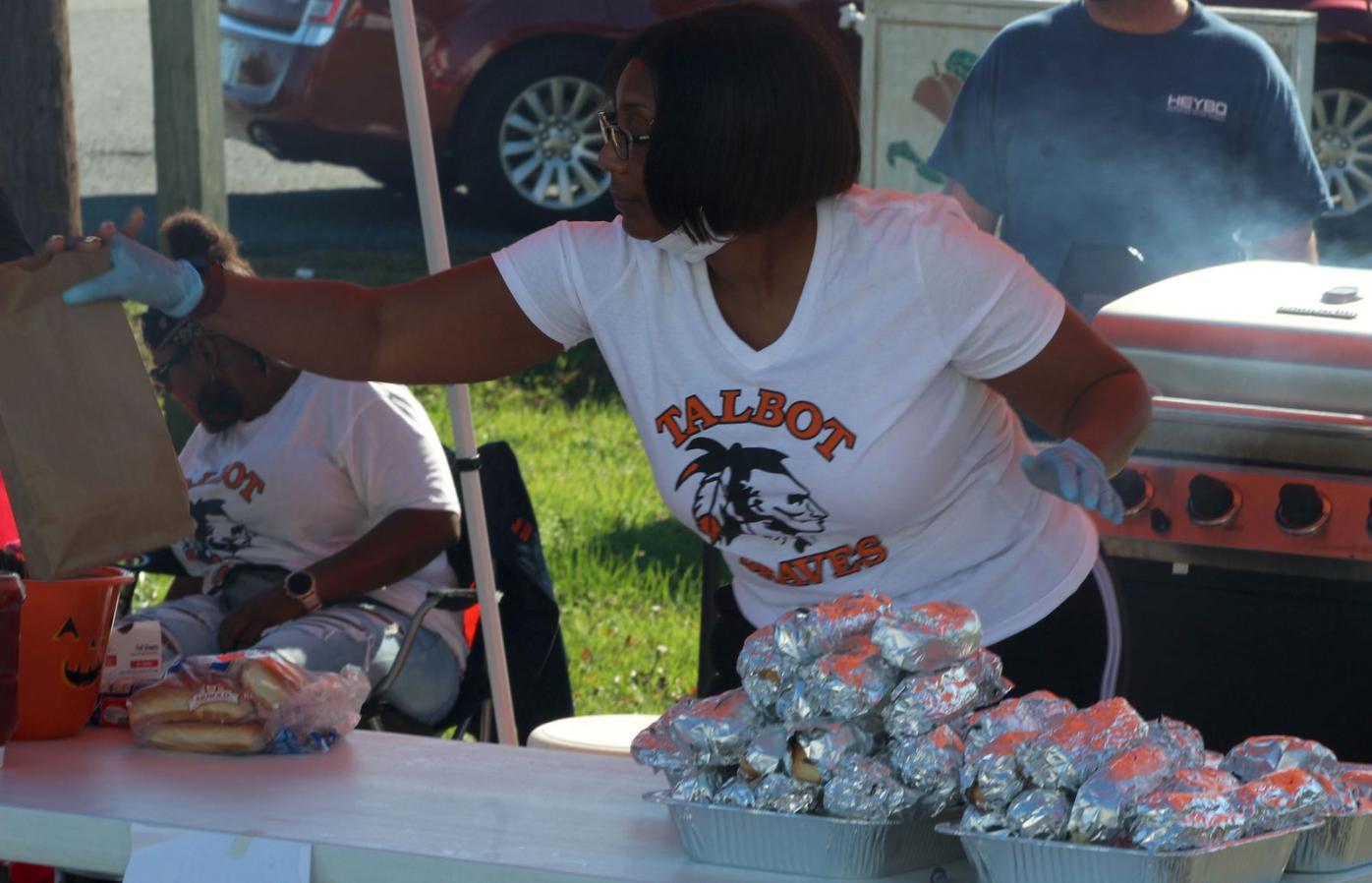 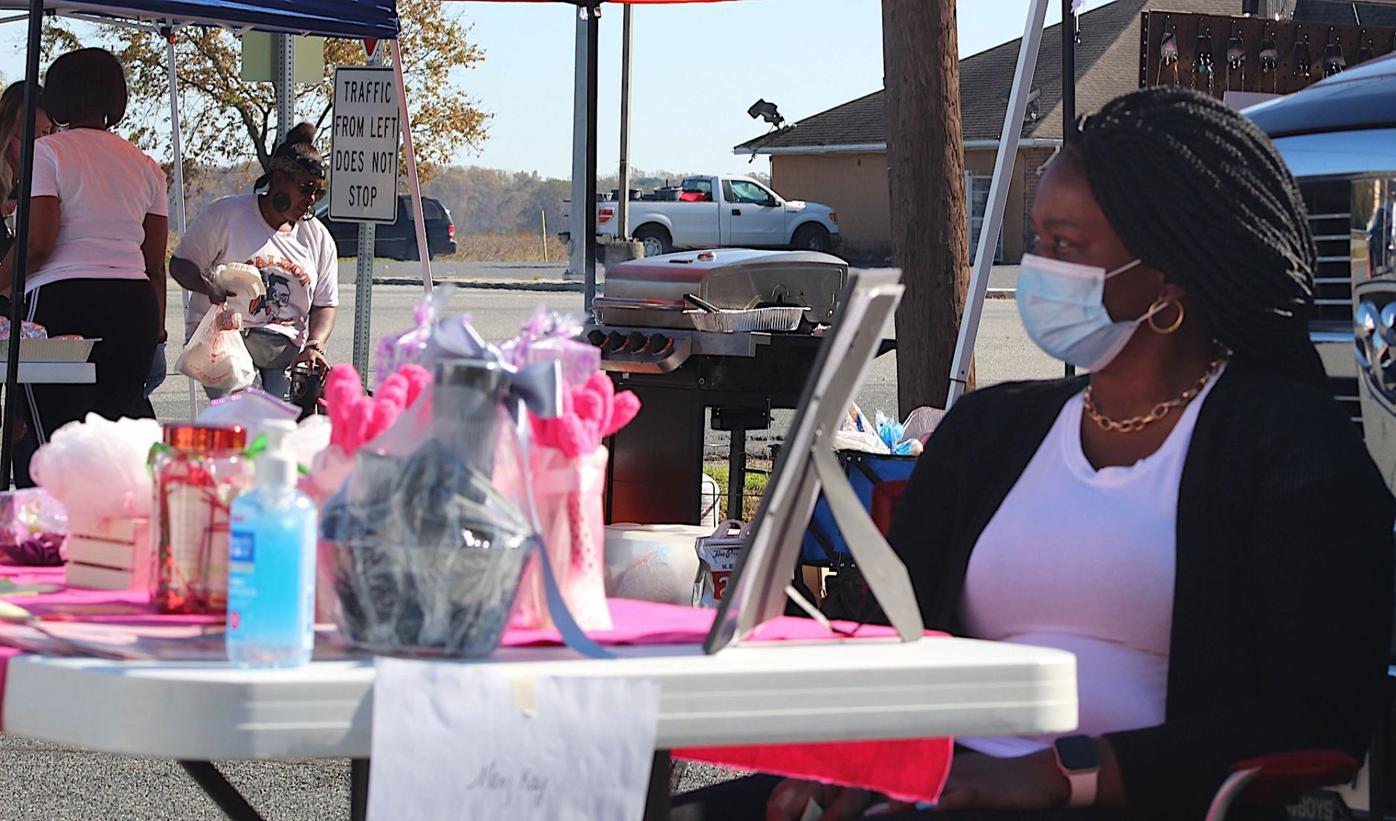 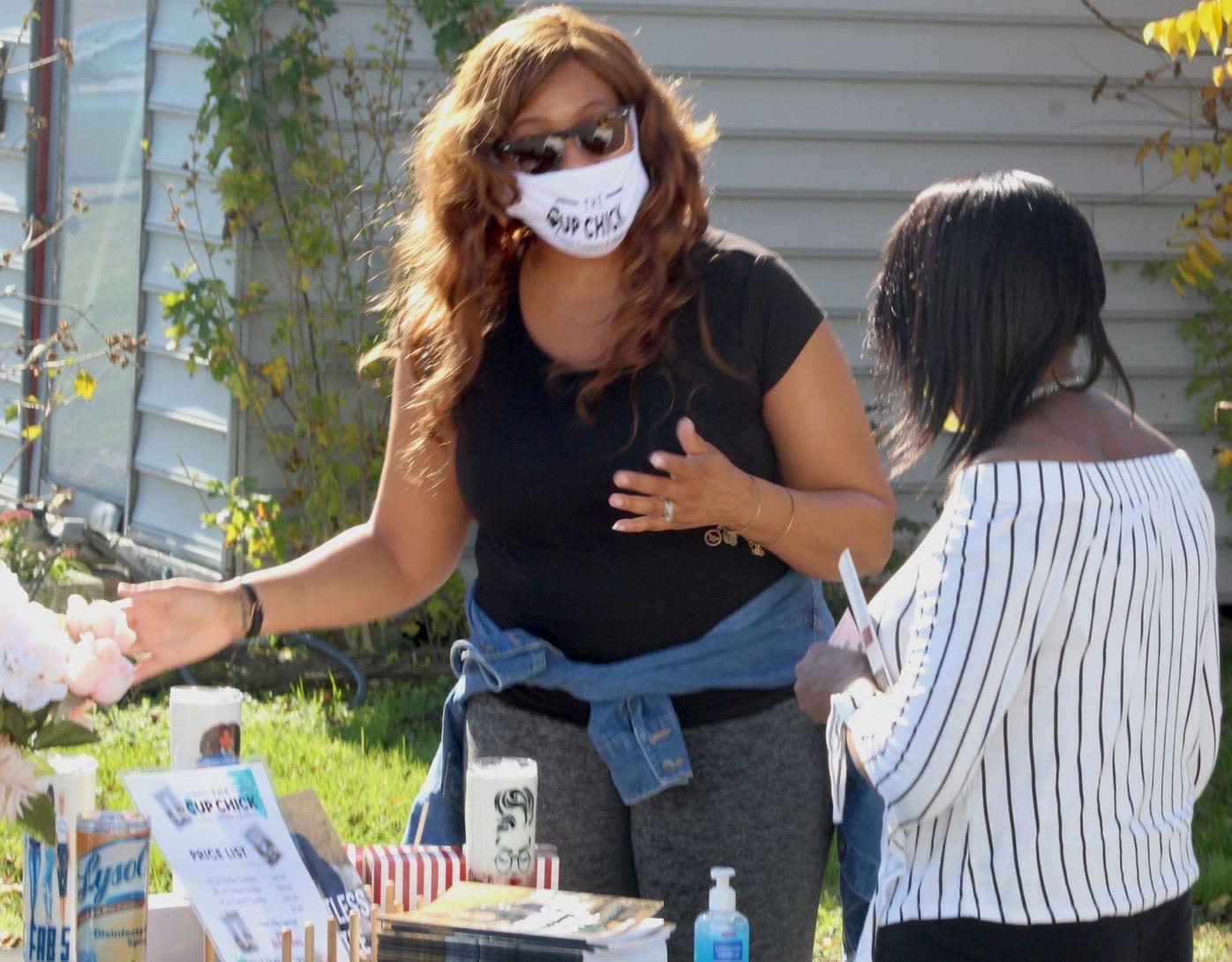 Crowds gather in Trappe for Uncle Nace’s Day on Nov. 7. The event is the longest-running annual celebration on the Eastern Shore.

A child clings to his mother’s back on Uncle Nace’s Day, Nov. 7.

Crowds gather in Trappe for Uncle Nace’s Day on Nov. 7. The event is the longest-running annual celebration on the Eastern Shore.

TRAPPE — The traditional street march, ballyhoo and parade fanfare was absent this year, but Uncle Nace’s Day went on nonetheless, powering through its 153rd anniversary — the longest running annual celebration on the Eastern Shore and a historical tradition for African-Americans in Talbot County.

The Nov. 7 festival hosted several local vendors, food merchants and a DJ in the parking lot of Scotts United Methodist Church from 11 a.m. to 3 p.m., attracting crowds of celebrators who kept the historical tradition alive in 2020.

Though there was a pandemic to grapple with, the event was outside and masks were encouraged, said Nicole Chase, chairperson for the church’s committee, which hosts Uncle Nace’s Day. They couldn’t have the usual march down Main Street, with swarming crowds and floats, but Chase said the event still brought everyone “together in the best way we could.”

“We still wanted to have a celebration while following CDC guidelines,” she said. “It’s important because it shows what we stand for. It keeps the community together, and that’s what (Uncle Nace) stood for.”

Uncle Nace’s Day, a running event since 1867, is Trappe’s unique celebration of Maryland Emancipation Day on Nov. 1. The parade was first established by Nathaniel Hopkins, a former slave, Union soldier in the Civil War, and a religious leader credited with forming Scotts United Methodist Church.

“Uncle Nace,” as Hopkins was called, is still revered in the community. He led the parades for 30 years before his passing in 1900. According to a 2009 report about Uncle Nace’s Day, Hopkins’ influence permeates throughout the town’s local history.

“Children revered his name ... Nace Hopkins, a large man with strong features and piercing eyes, was far more than just a colorful local character who liked to dress up and lead parades,” read the report from Anne Dorbin. “Hopkins was known and respected as being industrious, a good churchman, and an advocate for children and the book-learning he had been denied under slavery.”

On Saturday, as many African-Americans gathered together to celebrate the event, the 2020 presidential election results were finalized, announcing Joe Biden’s win — and Kamala Harris as the first Black woman to win the vice presidency.

Burton Wilson, who runs his own catering business, arranged chicken, collard greens and other soul food on a table. He’s been preparing food for Uncle Nace’s Day for five years, but he grew up in Talbot County and knows the community well.

“There are old friends here. Some of these guys I went to school with,” he said. “I come here to help the church, and Uncle Nace’s Day is a time to get the community together.”

Uncle Nace is more than just a historical figure: to some, he’s the most important icon in Trappe’s history.

John Coleman said Uncle Nace is a role model for children who grow up hearing about him. Coleman, a deputy with the Talbot County Sheriff’s Office, attended the event to hand out pamphlets about drug abuse to youth and parents.

Coleman has lived in Trappe for most of his life, and he said the celebration is a good time to connect to youth and educate because Uncle Nace is “so important for Trappe.”

Especially, he added, during a nationwide reckoning over police brutality, and renewed calls to end racism.

“He’s an icon in Trappe and he means so much to me,’ Coleman said. “It’s important to know him and how it relates to now, and how we are still struggling in 2020.”