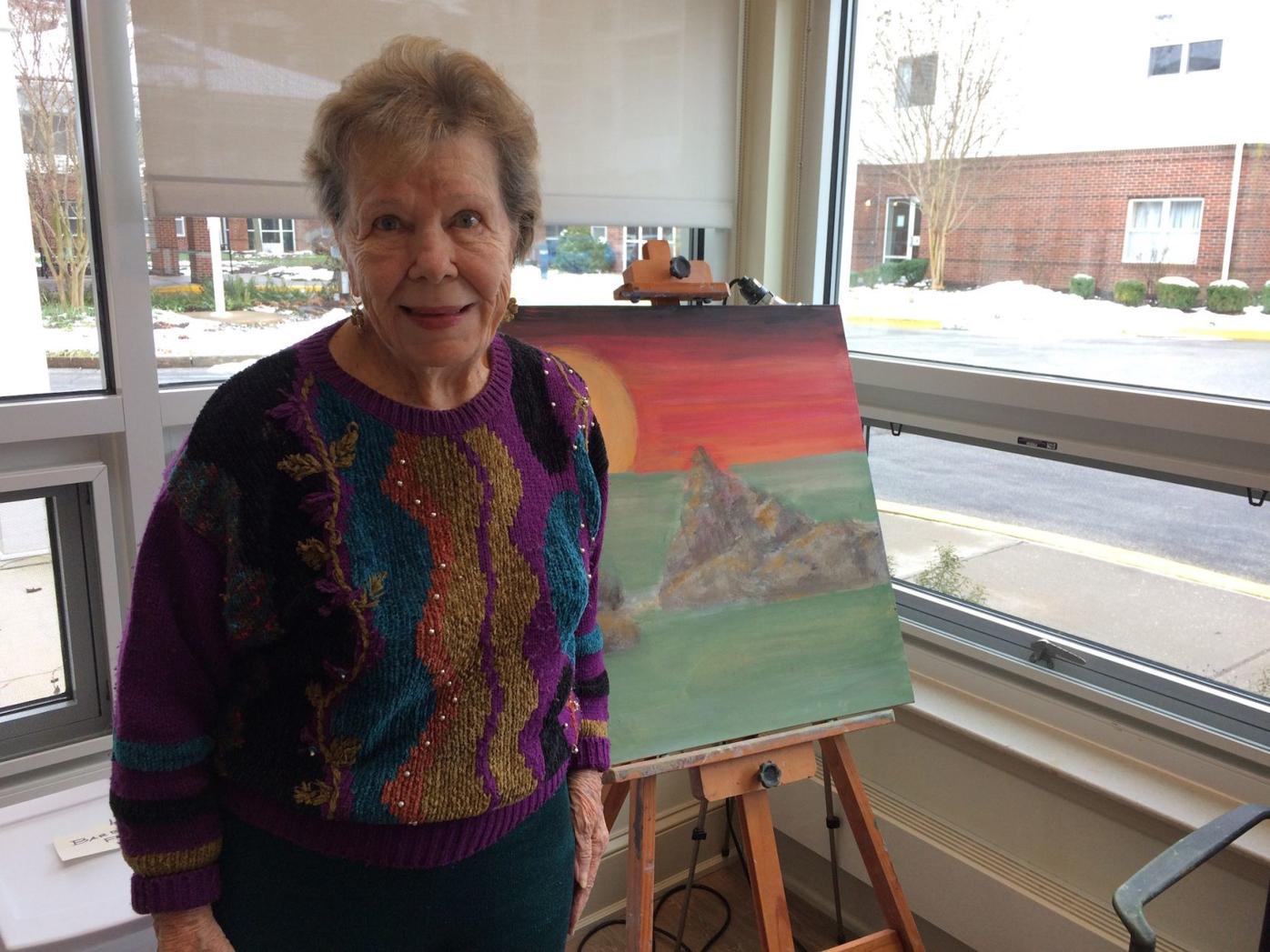 Heron Point resident Betty McClintock poses with one of her paintings in the newly renovated art studio at Heron Point. 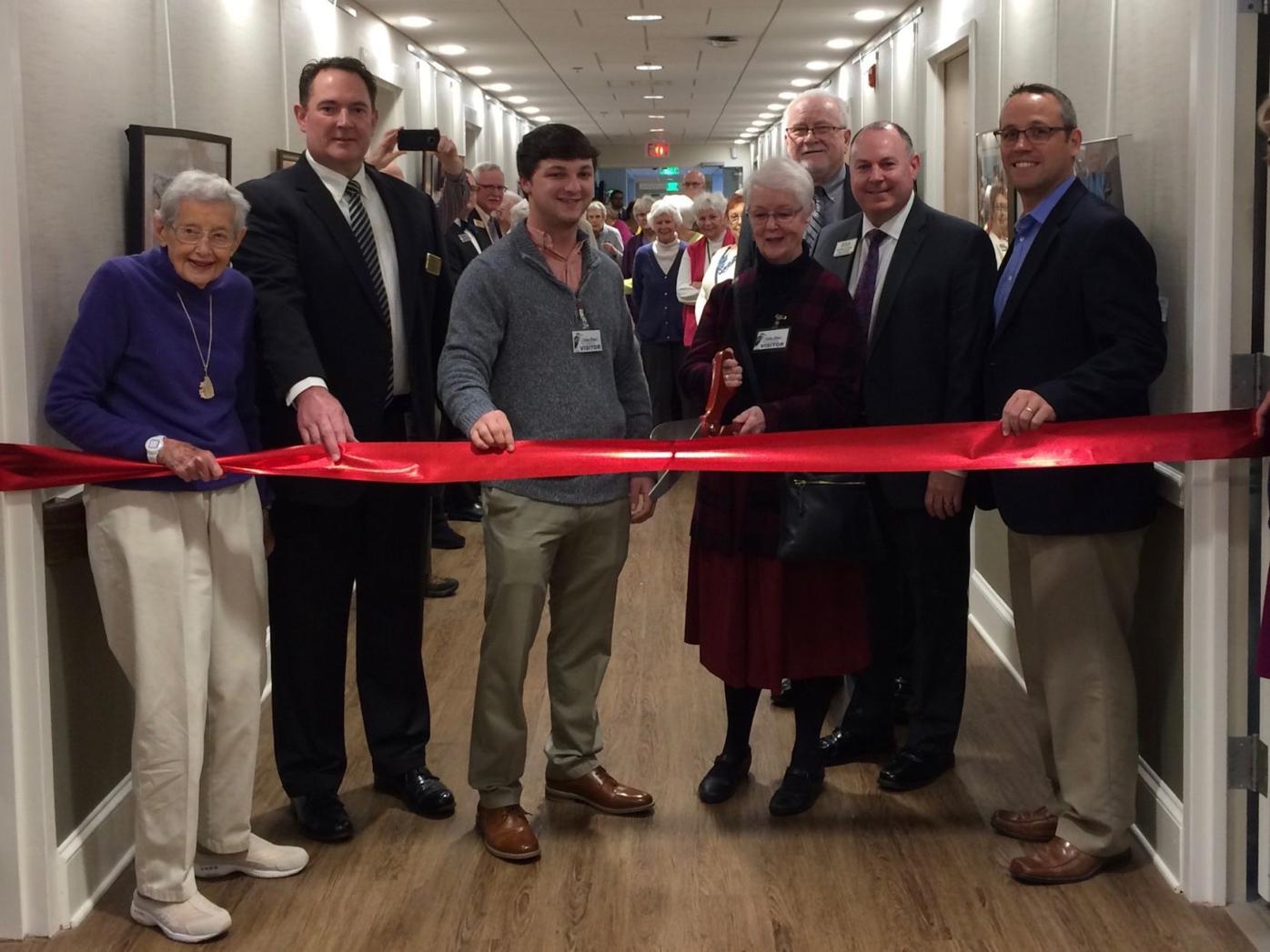 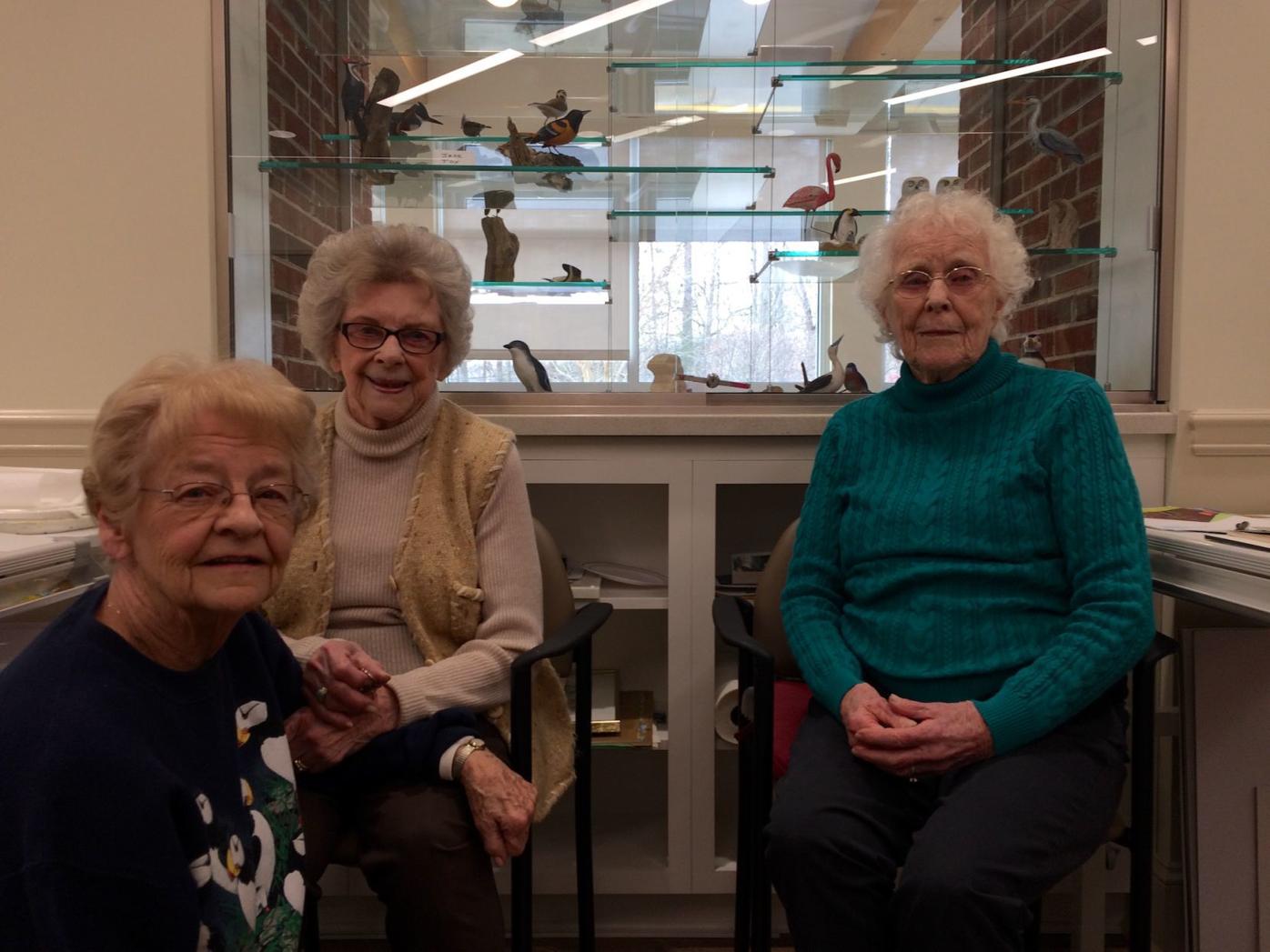 Pictured, from left, are Chris Reeves, Jane Fox and Alice Bradshaw with birds they carved out of wood behind them Friday, Jan. 18, after a ribbon cutting for Heron Point’s renovated art studio. The group meets once a week for about three hours to work on the birds.

Heron Point resident Betty McClintock poses with one of her paintings in the newly renovated art studio at Heron Point.

Pictured, from left, are Chris Reeves, Jane Fox and Alice Bradshaw with birds they carved out of wood behind them Friday, Jan. 18, after a ribbon cutting for Heron Point’s renovated art studio. The group meets once a week for about three hours to work on the birds.

CHESTERTOWN — Residents of Heron Point now have an updated art studio to foster the talents of the community.

The studio’s opening was celebrated with a ribbon-cutting Friday, Jan. 18. The studio is used currently by 22 artist. There also are five classes taught there varying from watercolor painting to wood carving to creating paintings using alcohol inks.

The studio was designed to be flexible and its layout can be modified to accommodate classes or to be used by individual artists.

Head of the studio Linda Atcheson complimented the space’s flexibility and movability. She said each artist who uses it has their own storage area to house their tools, but that storage can be moved around easily so there is no need for assigned seating.

Garret Falcone, executive director of Heron Point, said money left by Frank Aten, a resident at Heron Point for 23 years, helped pay for the renovations for the studio.

Aten’s daughter, the Rev. Emily Jane Schwenker, also attended the ribbon cutting. She said her father, who died in 1993, had a “philanthropic spirit” and that giving “was just part of who he was.”

She said he also was known for his community spirit. In addition to the money he left for an art studio, his legacy also is remembered through a scholarship that allows nurses at Heron Point to further their education.

The process of renovating the art studio took more than a year, Falcone said, with Yerkes Construction providing the work. He thanked residents for their patience during the process. In addition to the studio, there were five other areas in Heron Point that were improved including a board room and the fitness center.

Betty McClintock is one of the residents who is benefiting from the new studio. She said painting has added “new dimension to her life” and that she tries to be in the studio whenever possible.

McClintock said she always loved to paint, but could not take up the practice fully when she was younger due to other obligations. Though she is now legally blind, and is having to “re-program” her brain to learn to paint, she said she is loving the process.

Currently, McClintock is working on a “nocturnal galaxy series.” She recently entered a painting into a RiverArts show where it won first place. Her work, along with works by other artists, can be seen in the hallway off the main entrance to Heron Point.

In addition to painting, the studio also hosts a group of wood carvers. Jane Fox, one of the members of the group, said if anyone told her she would take up wood carving in her 80s, she would not have believed them.

However, she now is a member of the group that meets once a week for about three hours to carve birds out of basswood.

The finished product is small carving of any type of bird from herons to puffins. Other members of the group include Alice Bradshaw and Chris Reeves.

All three said it takes a few month to complete a carving of a bird, but the process is something they all look forward to.