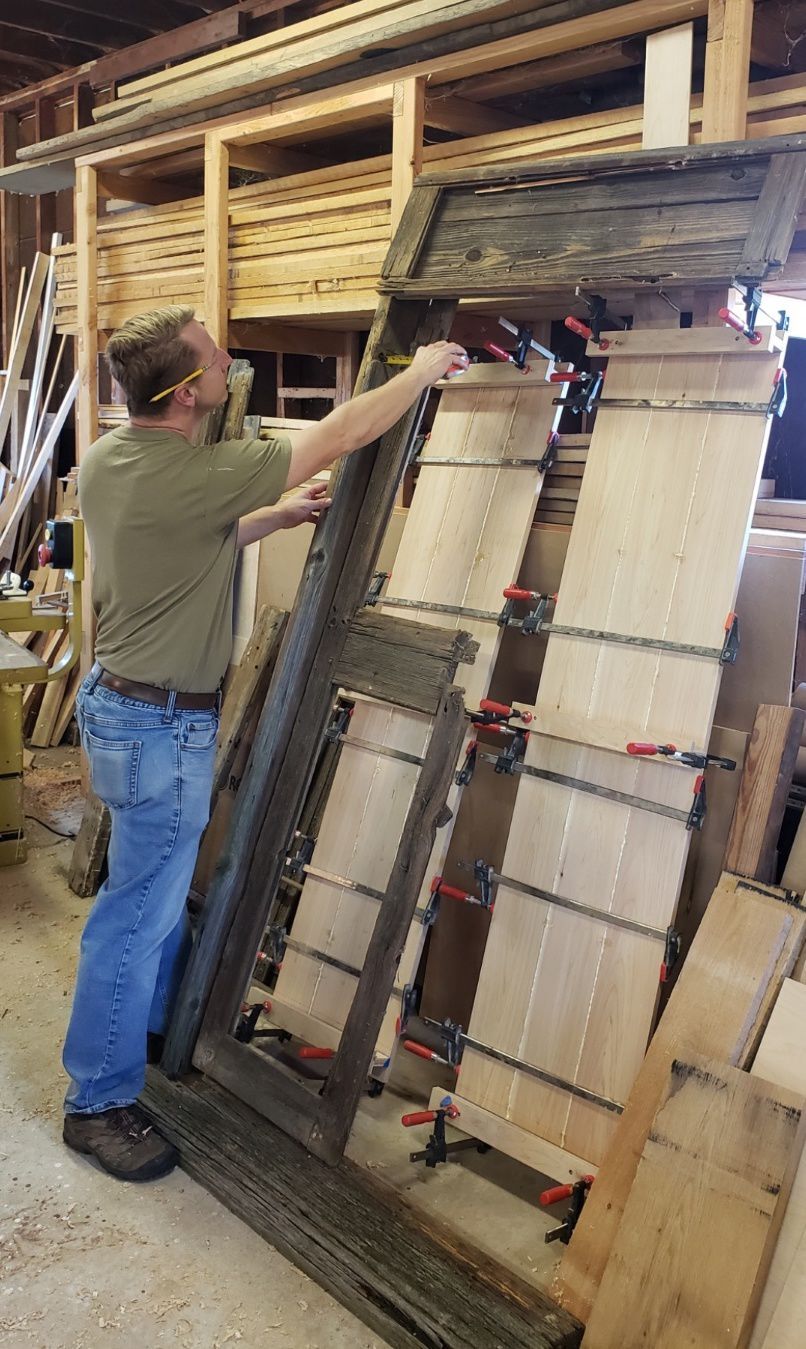 Robert Davis of Davis Custom Carpentry works on a new door for Handsell in Vienna. His company is in Madison, Maryland. 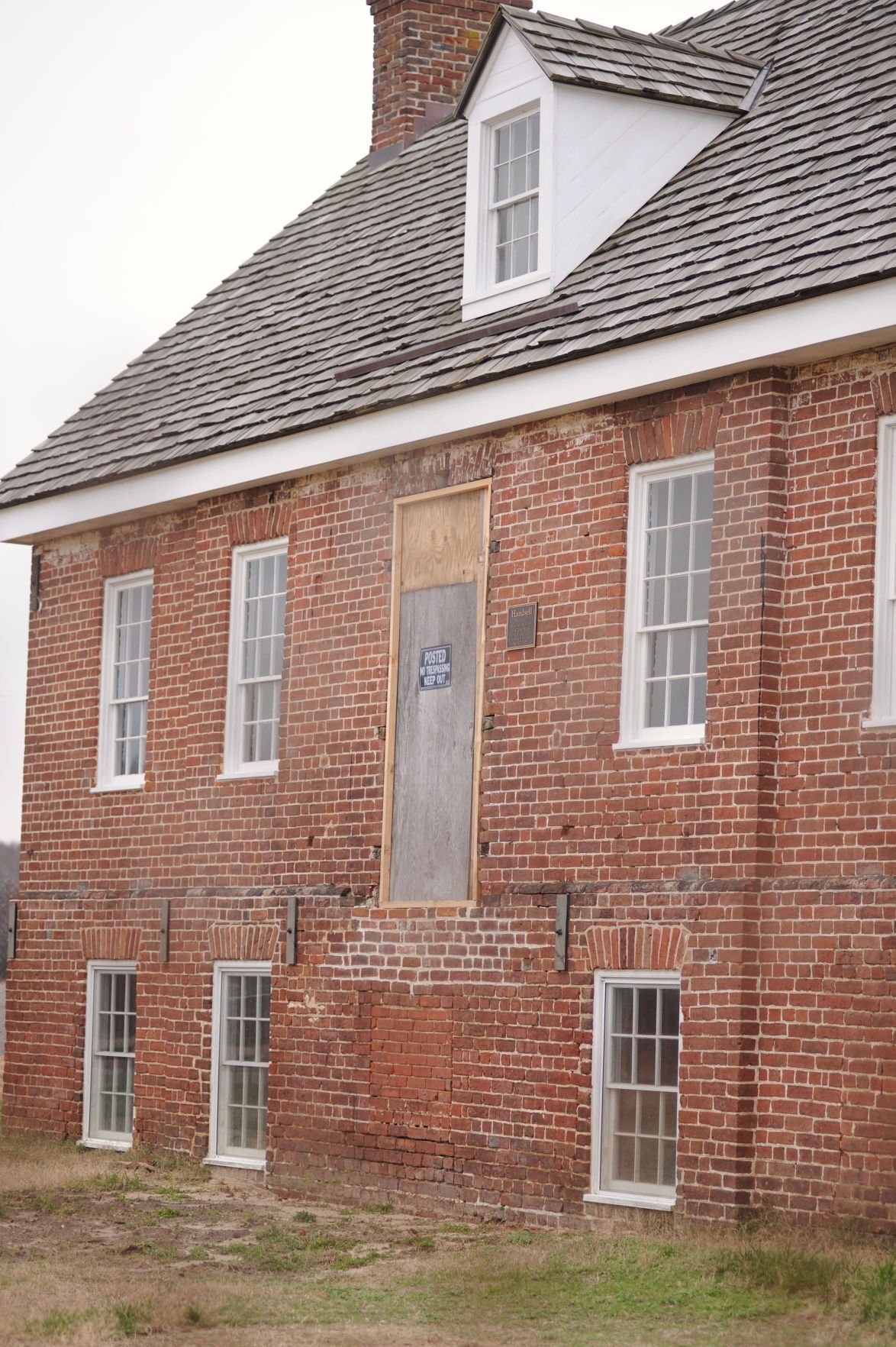 A $7,000 grant from Preservation Maryland will fill in the plywood to make a new door for Handsell. The next project they are looking to repair is the porch. 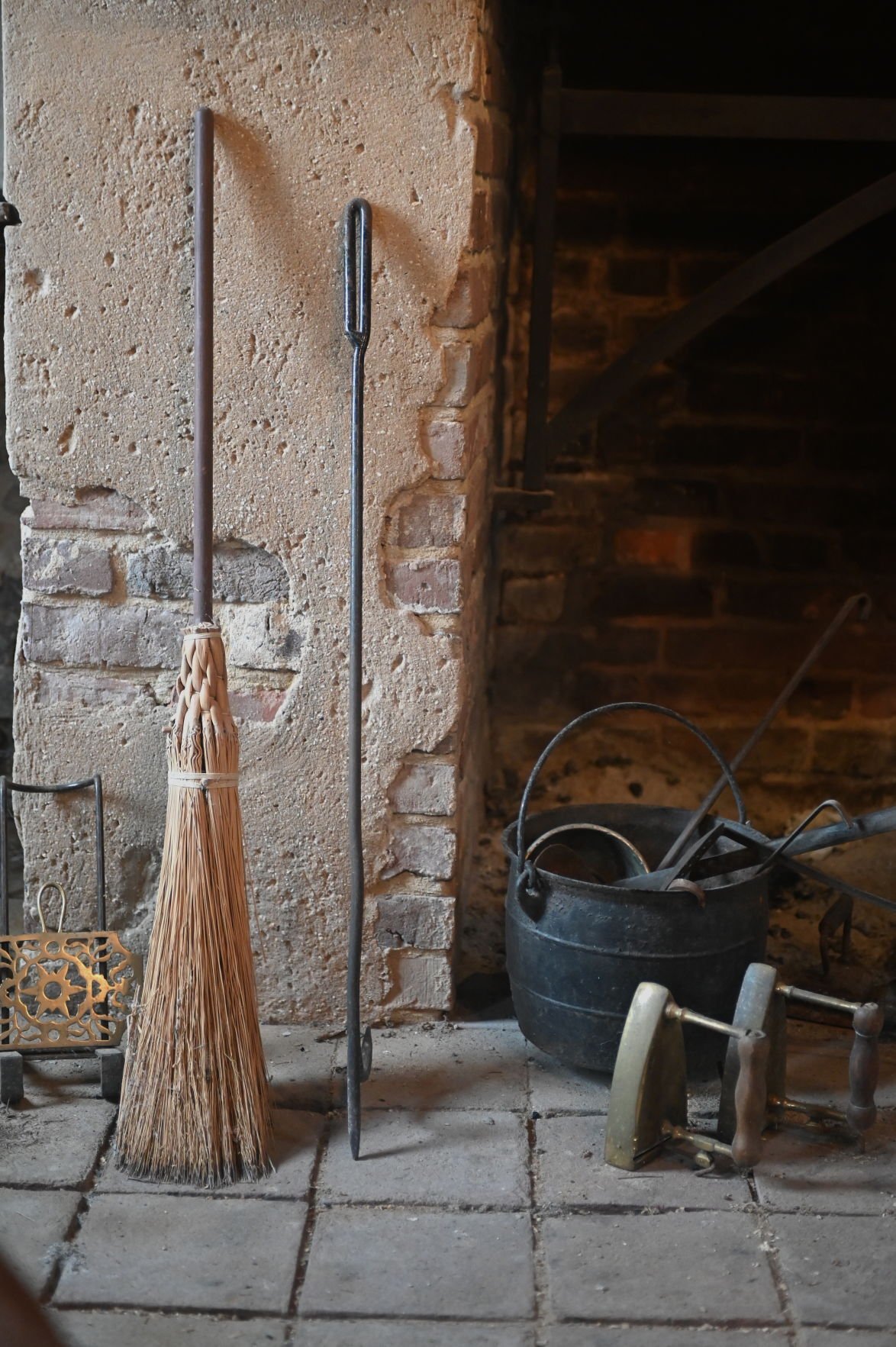 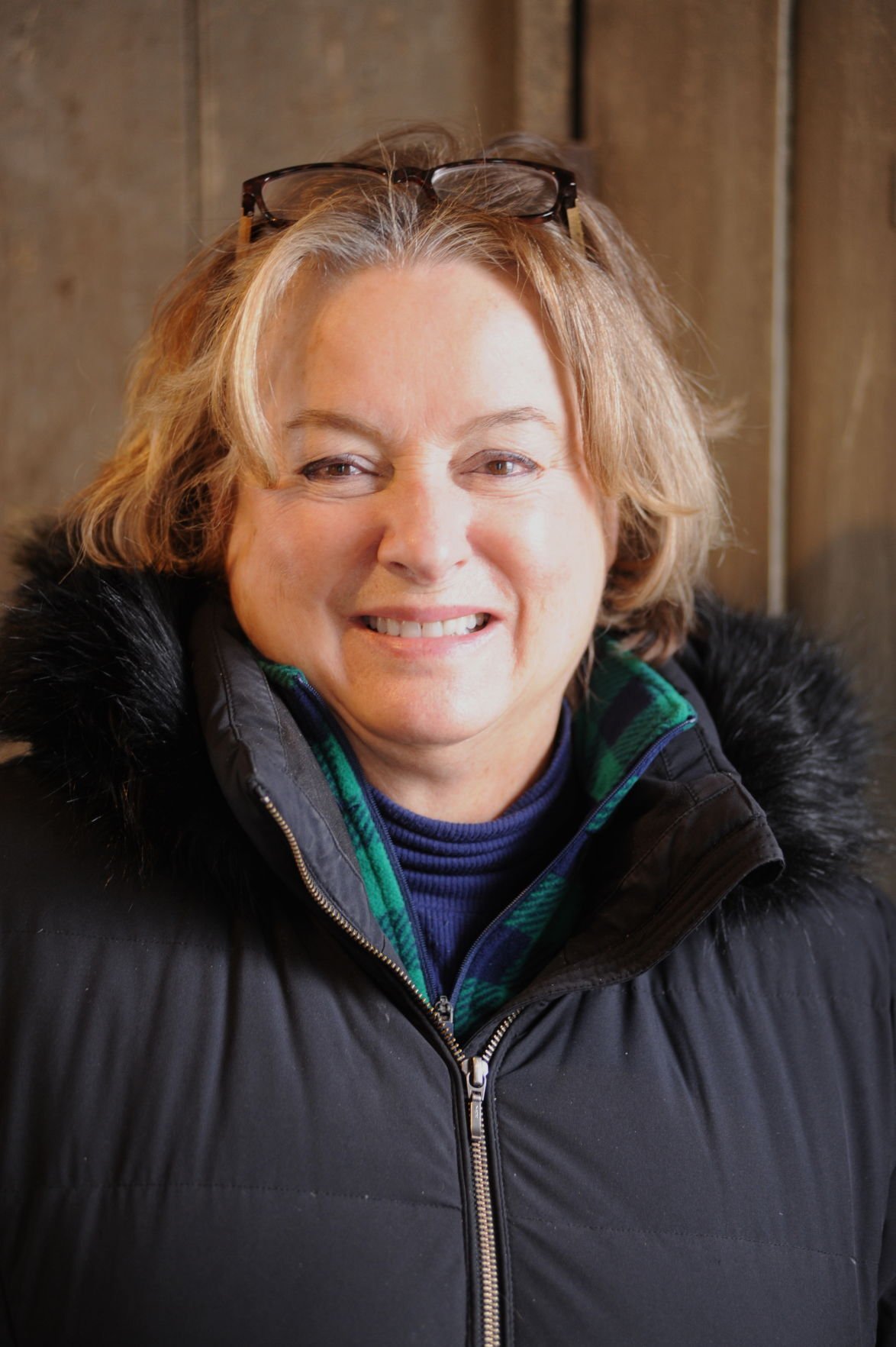 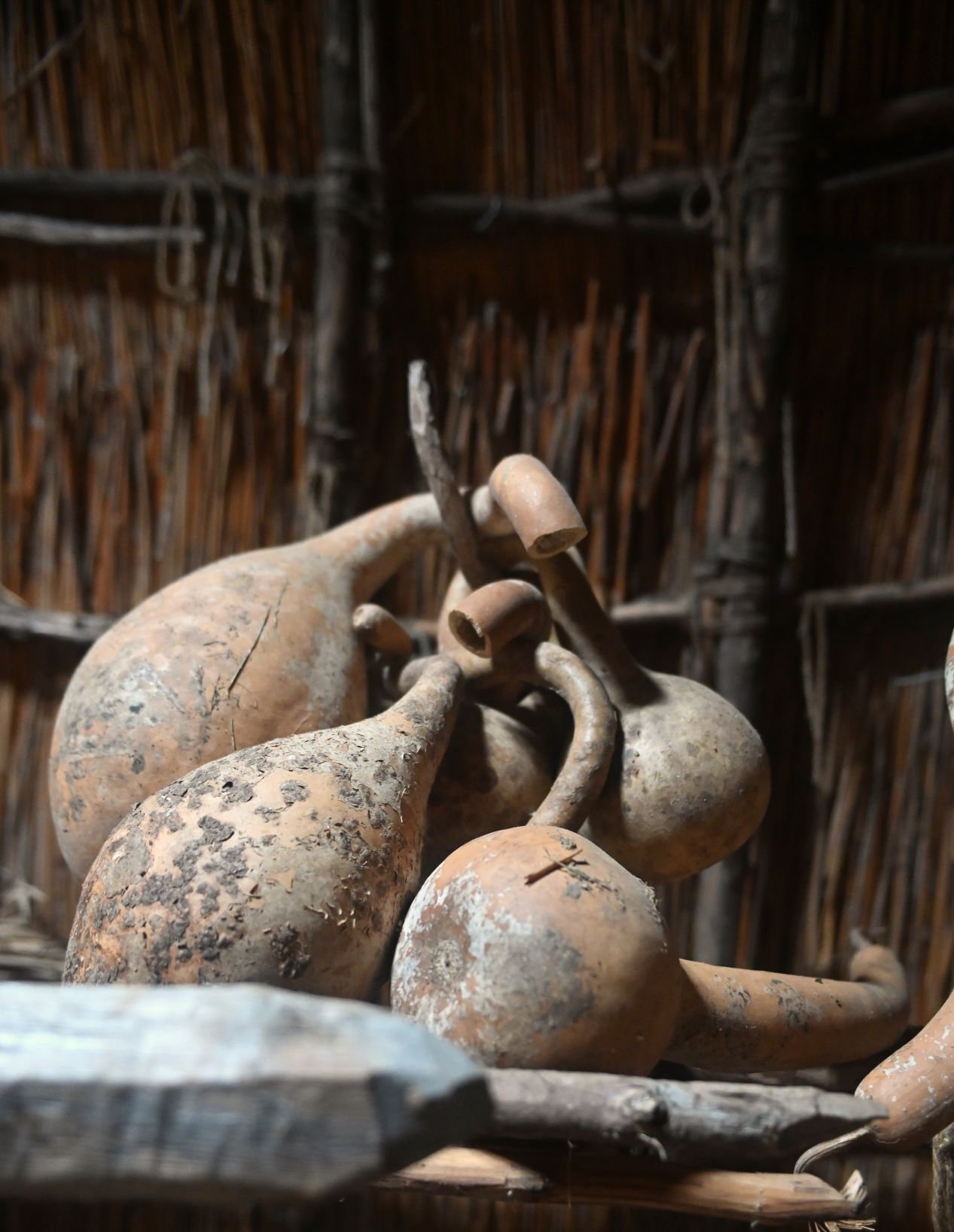 Squash was a staple first people’s diets along with beans and corn. 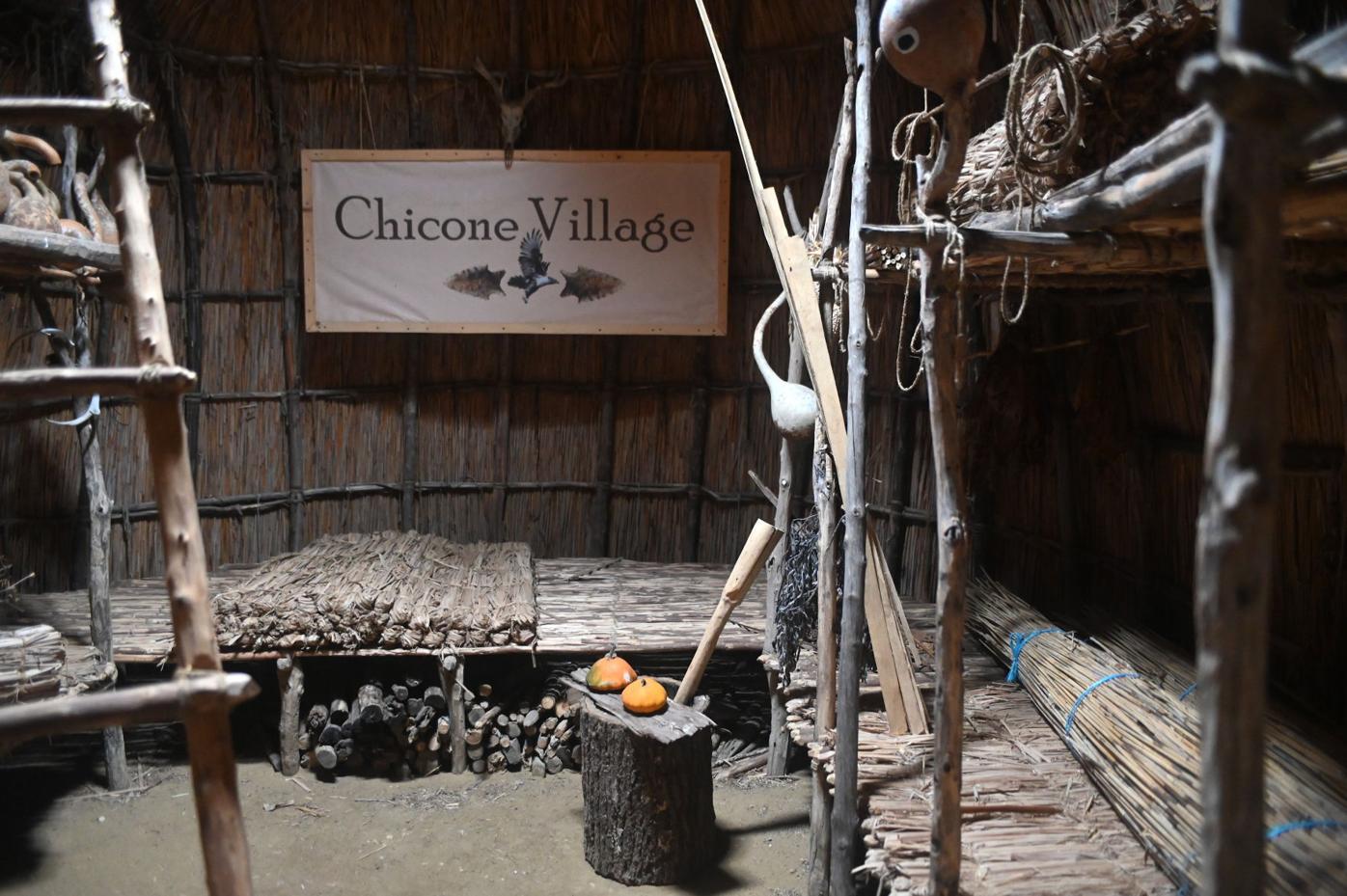 This hut is constructed of phragmites reeds. 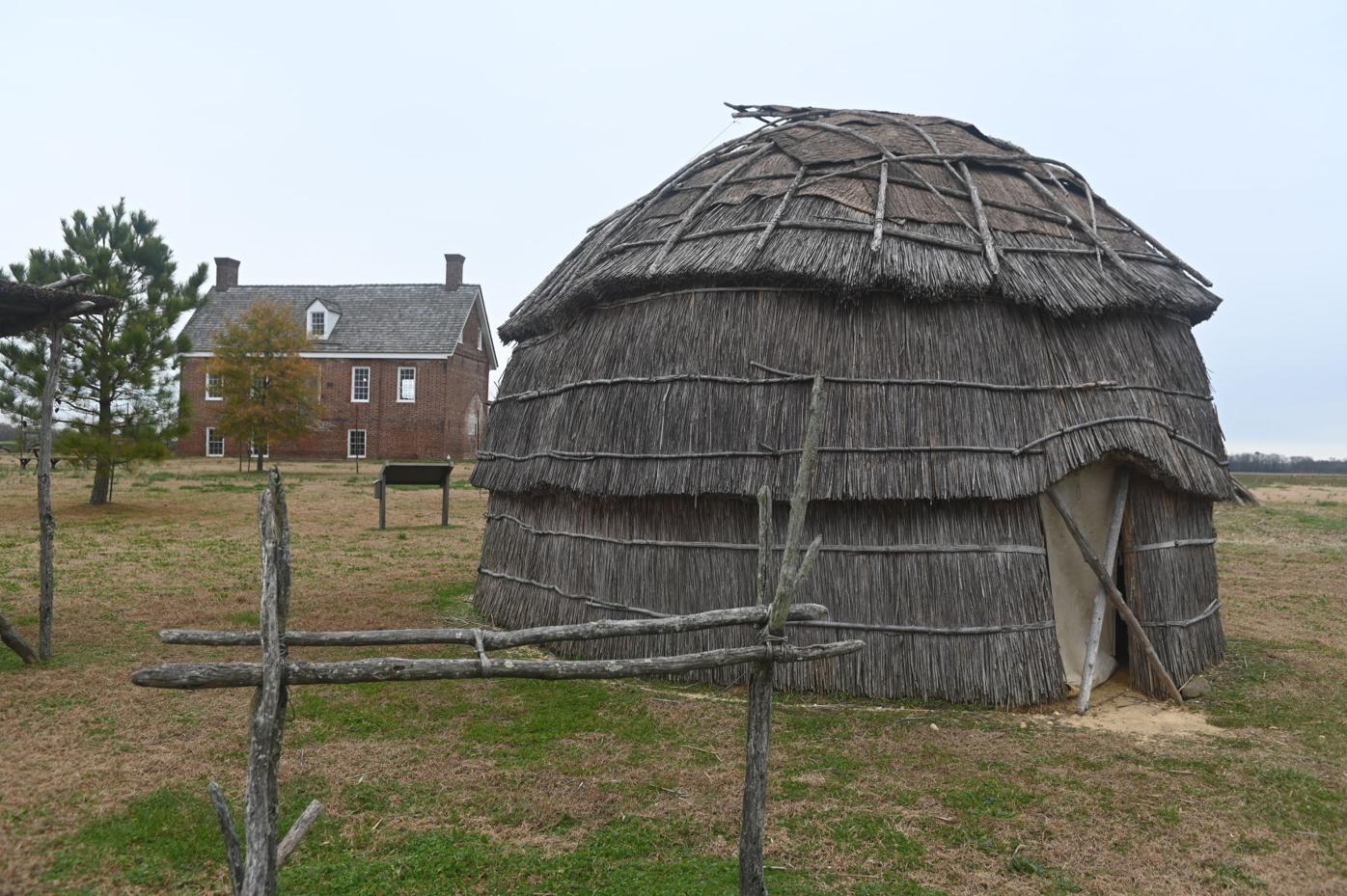 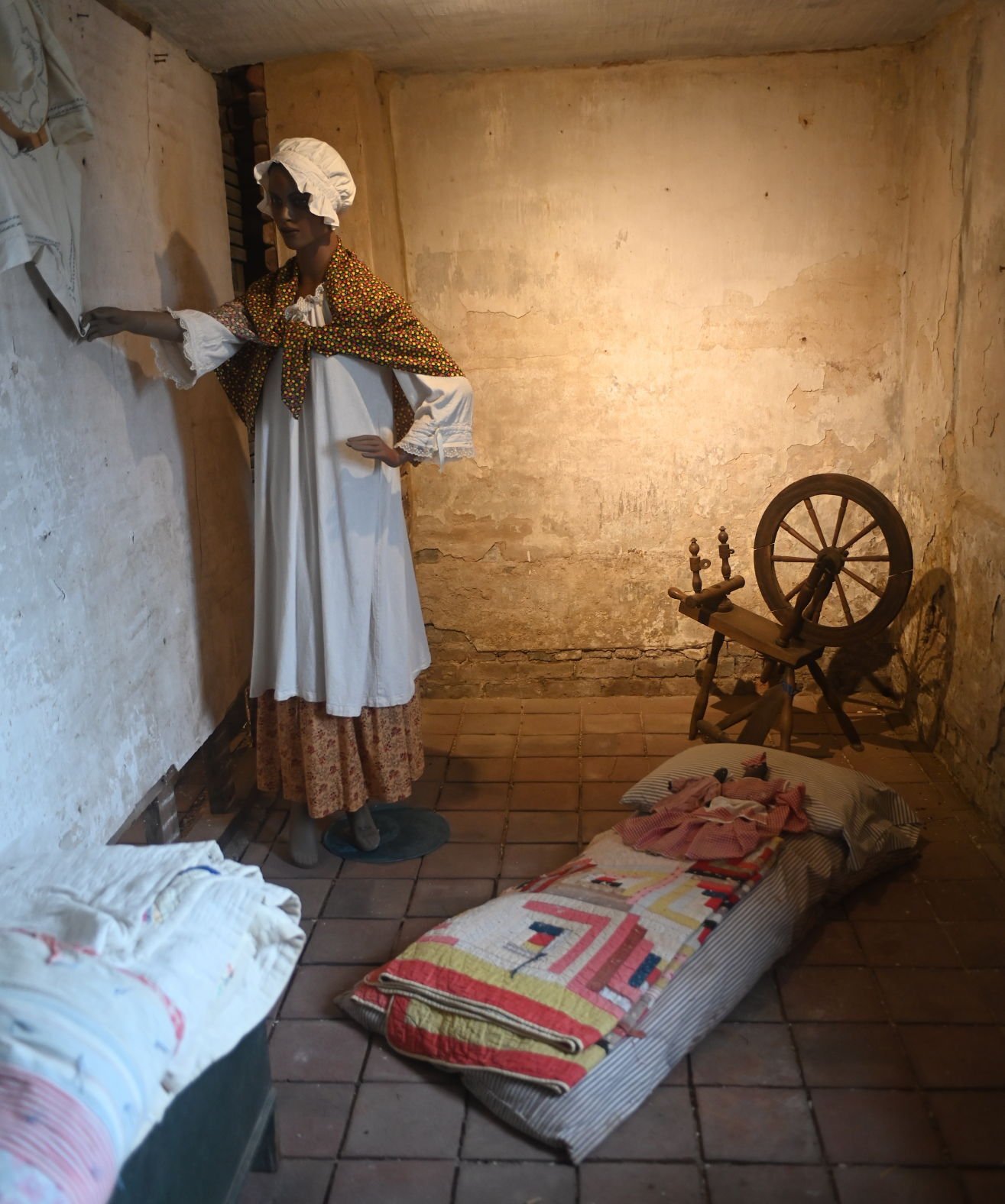 Both slaves and free men lived at Handsell, which also boasts connections to Harriet Tubman. 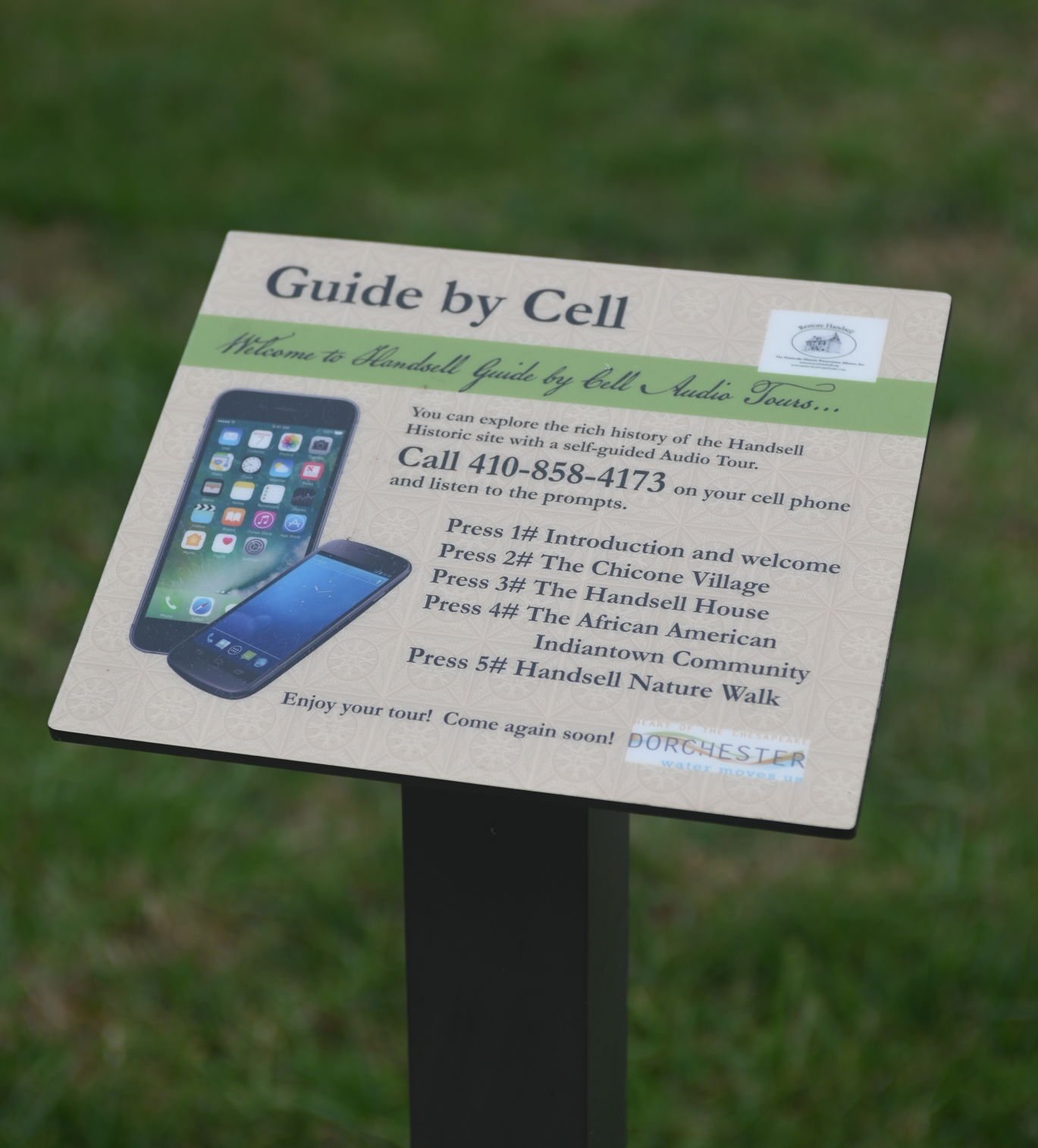 Audio tours of Handsell are available using a cell phone.

Robert Davis of Davis Custom Carpentry works on a new door for Handsell in Vienna. His company is in Madison, Maryland.

A $7,000 grant from Preservation Maryland will fill in the plywood to make a new door for Handsell. The next project they are looking to repair is the porch.

Squash was a staple first people’s diets along with beans and corn.

This hut is constructed of phragmites reeds.

Both slaves and free men lived at Handsell, which also boasts connections to Harriet Tubman.

Audio tours of Handsell are available using a cell phone.

VIENNA — The old brick house at Handsell at Chicone Native American village is steeped in history from three connected cultures. Colonists, American Indians and African American slaves and freemen all walked these grounds.

Perhaps all three drew sustenance from the Chichone Creek, which borders the property in Dorchester County. The colonial brick building at its heart is a work in progress. The main door is now boarded up with plywood.

Nanticoke Historic Preservation Alliance, which oversees Handsell, received a $7,000 grant from Preservation Maryland to restore the historic doorway at the home.

“Handsell is a National Register-listed historic site associated with a Chicone Native American village, and later a large plantation. The organization intentionally interprets all layers of its history — from the Native cultures to those enslaved and working the antebellum plantation. This $7,000 grant from the Heritage Fund will fund the reproduction of a historically accurate front door for the main house. All efforts will be made to use original materials. Previously restoration efforts at Handsell have included preservation engineering, new cedar roofing, dormer repair, window repair along with regular maintenance and best-in-practice stewardship efforts,” said Preservation Maryland in a statement.

NHPA President Midge Ingersoll said the doorway said efforts for preservation and awards require other efforts from her nonprofit.

“We always like to keep reserve in the restoration fund, in case we need a match. If you are asking for $10,000, you have to have matches. So I never apply for a grant unless we have cash in hand and I think that is why we have been so successful,” said Ingersoll. “Preservation Maryland is partially funding the front door and other funds are pending.”

It comes after other restoration efforts. “We put $40,000 into this basement,” she said.

“We have done archeology and ground penetrating radar. We have a solid debris field and all the foundation is contiguous with this one so we know it was higher. Probably a story and a half higher,” Ingersoll said. “We want people to experience this as this is what happens. You know the house grows old plus now it can be studied. When you restore something you’re effectively destroying, because these are original surfaces. If we were to re-plaster, if we were to repaint we’re destroying what is original underneath.”

NHPA get most of their funding from Cambridge and the state. A big donor is the Nathan Foundation which the largest charitable organization Dorchester County, according to Salisbury University.

NHPA launched its restoration efforts in 2005.

“The goal is to have this be a small well received regional park. A historic park and educational facility that can teach about three cultures. So the big picture would be to acquire a few more acres and be able to build an interpretive center, which we would call the Three Cultures Center at Handsell. We would have programming to teach about the three cultures and events. Social events as well as living history. A lot of living history,” Ingersoll said. “I think we are to the point now that we need facilities. We need bathrooms.”

Aside from getting grants they have fundraising events throughout the year.

“Nanticoke Jamboree is our big event of the year. That is usually in the second week of October,” Ingersoll said.

The historic property continues to generate interest even with all the impacts of the coronavirus pandemic.

“We have had a ton of calls from home schooling parents who are doing a unit in Native American or African American and just local history. The guide by cell is huge where we don’t have to be here,” she said.

They have a tour of the grounds that you can download on your cell phone. No need for a docent or an appointment.

There is an authentic, hand made long house that celebrates the ingenuity of Native Americans. Upon entering the reed walled long house is like finding a cozy under ground bungalow with an occulus at the top to let light in the building. The Chicone-centered Native American are called Nause-Waiwash Indians.

“There is no place like it on the Eastern Shore. We are really proud of this. We’ll have our Native people inside to interpret and have a fire here on a chilly day and I will be in Colonial dress outside. This whole thing is built with reeds, without a nail or a screw,” Ingersoll said.