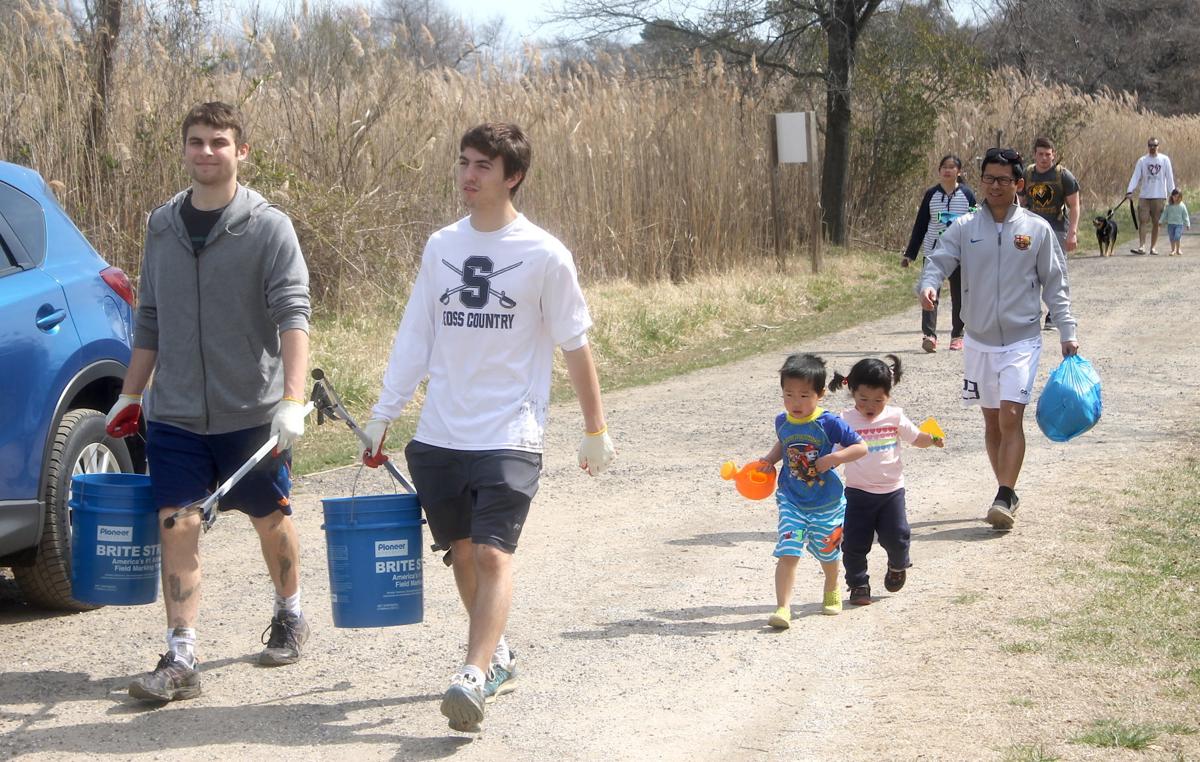 Beach cleanup volunteers come in all sizes, and families are welcome to participate with their youngsters. 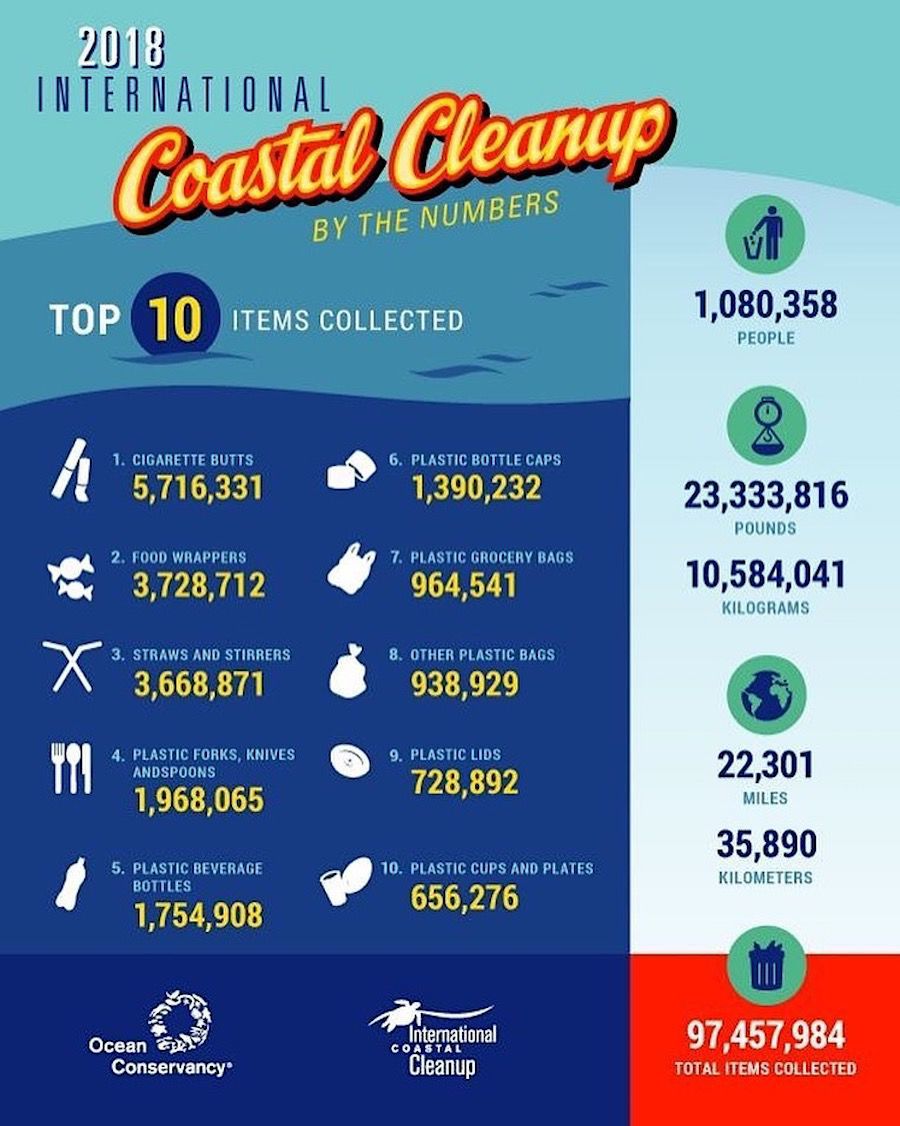 Beach cleanup volunteers come in all sizes, and families are welcome to participate with their youngsters.

STEVENSVILLE — Kent Island Beach Cleanups is looking for volunteers for the biggest local cleanup of the year. KIBCU is participating in the Ocean Conservancy’s upcoming International Coastal Cleanup on Saturday, Sept. 21. Held annually on the third Saturday in September, the cleanup is the world’s largest single-day volunteer effort to remove trash from local beaches and waterways.

KIBCU has participated in the ICC every year since Kristin Weed started the local organization, and each year’s cleanup has topped the last.

“Last year was weird,” Weed said. “We had the storm that was supposed to come, and Gov. Hogan declared a state of emergency for Maryland.”

The storm missed the area, and Saturday was a beautiful day with gorgeous weather, but it was too late, the cleanup had already been canceled. It was rescheduled for October.

When the new date arrived, there really was a storm and the cleanup was canceled again, she said.

So 2017 was KIBCU’s last big Coastal Cleanup, when they had 239 volunteers pick up trash at 11 waterfront sites in Queen Anne’s County, logging more than 29,000 individual pieces of trash, Weed said.

Site captains for each are already in place, and volunteers can go directly to www.kentislandbeachcleanups.com and click the link to sign up for the location they are interested in, Weed said.

If there’s a group that wants to volunteer, they should contact Weed directly so she can assign them to a specific site that needs more people.

“Having people come out and see it changes things,” Weed said. Participating in an event like the ICC is impactful, she added. “They go home and look at things differently. ”

The cleanup begins at 8 a.m. and runs until noon, but volunteers don’t have to commit to the entire four hours.

“You can come when you want and stay as long as you want,” Weed said. “Even give us an hour, a half hour. It will change your perspective.”

Students are encouraged to participate. It’s a great way for them to earn service hours, Weed said. However, volunteers under age 18 must have a waiver signed by a parent or guardian giving them permission to participate. Children 12 and under must be accompanied by an adult or sibling over 16. All volunteers must sign a participation waiver.

The participation waiver is now available in electronic form on the website.

KIBCU provides cleanup supplies, such as gloves, buckets, trash pickers and trash bags, but if you have your own supplies (like buckets or gloves), bring them, Weed said.

Donations of items, such as gloves and trash bags, are always welcome, but Weed asks individuals and businesses contact the group in advance. KIBCU is a certified 501(c)3 nonprofit; donations are tax-deductible.

Volunteers should bring their own reusable water bottle to fill. KIBCU provides water to fill your bottle, but no longer provides bottled water in effort to reduce the consumption of single-use plastic, Weed said.

Volunteers team up and work in groups. They count the trash collected.

“We record everything we pick up,” Weed said. Clipboards and forms are provided; each volunteer uses hash marks to track the trash collected. The records become part of the Ocean Conservancy’s Ocean trash index, which is the world’s largest item-by-item, location-by-location database of trash found along the shore.

“We always find so much plastic, all kinds of plastic,” Weed said. “Hemingway’s Beach is a good place to see all this stuff. There’s always lots there … Coming over the bridge you can see the trash from your car. It’s awful right there, just a collecting pool of garbage.”

Unusual items found in 2017 included a catamaran, a lawn chair, trash cans, a traffic cone and a table.

“We always find one crazy thing at every cleanup,” she said.

“Pictures and data … are so powerful. This is stuff we can document to fight for policy changes,” Weed said.

Once everything collected during the International Coastal Cleanup is counted, it’s bagged and left for the park rangers to pick up and take to the dump.

“In a perfect world, I would love to be able to recycle it,” Weed said. “I have big visions for us and this county. We have come a long way in seven years.”

Efforts like KIBCU’s and the Ocean Conservancy are making a difference.

“The small wins and the small steps really do matter. We just have to be patient,” Weed said. “It’s just a matter of getting people to make one small change …. It can have a big impact.”

For more information or to sign up, find Kent Island Beach Cleanups page on Facebook or go to www.kentislandbeachcleanups.com.