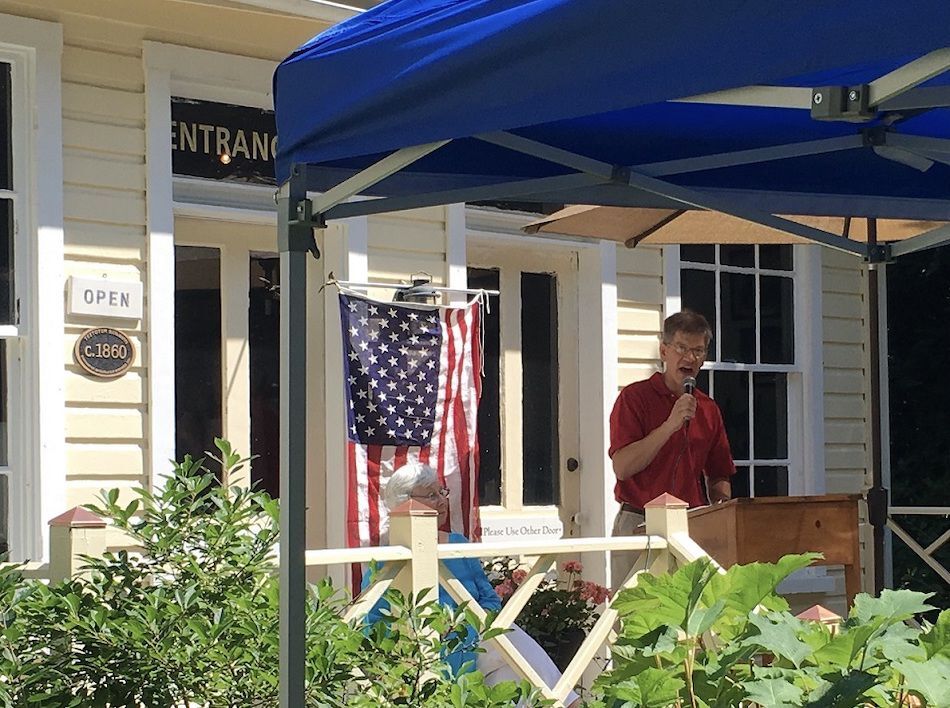 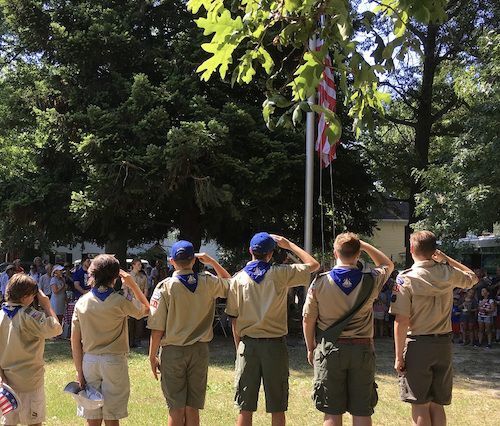 ST. MICHAELS — The St. Michaels Museum, which recently reopened, will sponsor a reduced Independence Day Celebration at 11 a.m. Sunday, July 4, at 201 East Chestnut St. The traditional program will begin with St. Michaels Boy Scouts Troop 741 raising the flag and leading the Pledge of Allegiance. The traditional Children’s Parade is canceled this year due to the COVID-19 pandemic. Organizers hope to bring back the popular Children’s Parade next year.

A formal program will follow on the museum’s Teetotum Porch with a benediction, patriotic and folk songs by the Royal Oak Musicians. Featured speaker Chesapeake Bay Maritime Museum curator and Talbot County Councilman Pete Lesher will speak on “Out of Many, One” telling how the nation derives strength from diversity. At the end of the program all three of the museum’s 19th century buildings will be open to the public free of charge. Visitors will be able to see the museum’s new addition and exhibits while following recommended COVID protocols.

Exhibits illustrate the town’s history, such as the renovated diorama of St. Michaels in 1813 that shows the town on Aug. 10 at the time of the Battle of St. Michaels and the Aug. 26 attempted attack by the British troops. An accompanying exhibit gives the details of these attacks. Among other topics covered in the museum are the history of St. Mary’s Square, the center of the 1778 town plan created during the American Revolution by Englishman James Braddock.

Famous abolitionist and civil rights leader Frederick Douglass is featured. His three difficult years from 1833 to 1836 as an enslaved teenager in St. Michaels and Bay Hundred is part of the Douglass exhibit in the Teetotum. Also featured there is Douglass’ dramatic return to St. Michaels in 1877. Artists and authors connected to St. Michaels are also exhibited as well as dominant town occupations, such as shipbuilding, the sea food industry and tourism. The Chaney House now has a living history room showing how the three free African American Chaney brothers lived in the 1850s during slavery.

Information about the new Historical Harbor Cruise will be available as well. The daily hour-long journeys along St. Michaels’ scenic waterfront tell the rich story of its shipbuilding, oystering, crabbing, and fishing legacy, as well as reliving the famous Battle of St. Michaels during the War of 1812.

The cruise also offers a picture-perfect view of the many beautiful homes and cottages that adorn the area’s shoreline. St Michaels Museum is open 1 to 4 p.m. Friday, 10 a.m. to 4 p.m. Saturday, 1 to 4 p.m. Sunday.

For more information, call 410-745-6591or check the website: www.stmichaelsmuseum.org.