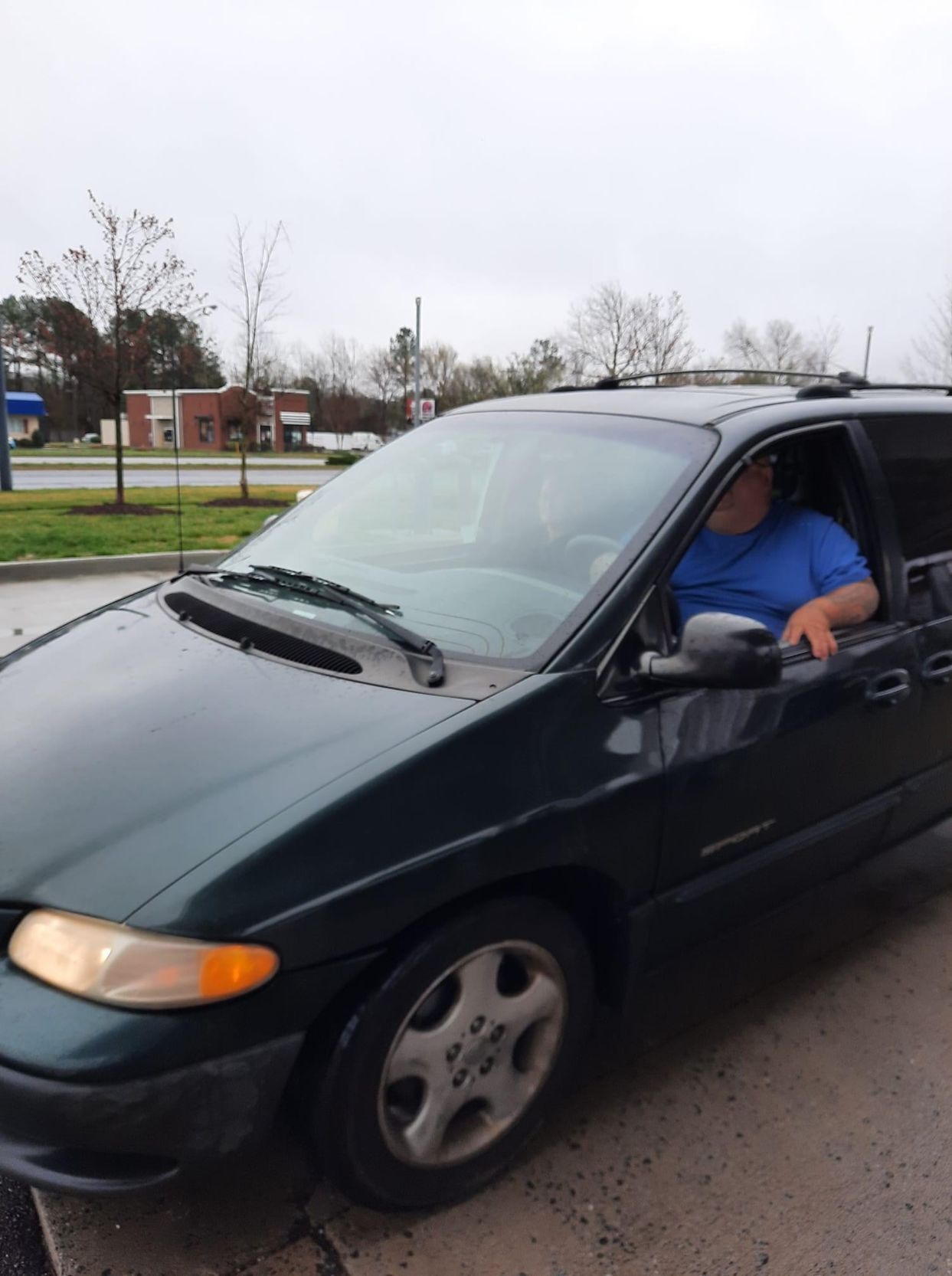 An aggressive and familiar panhandler is often seen driving around in a green minivan. This was posted on the Easton community Facebook page. 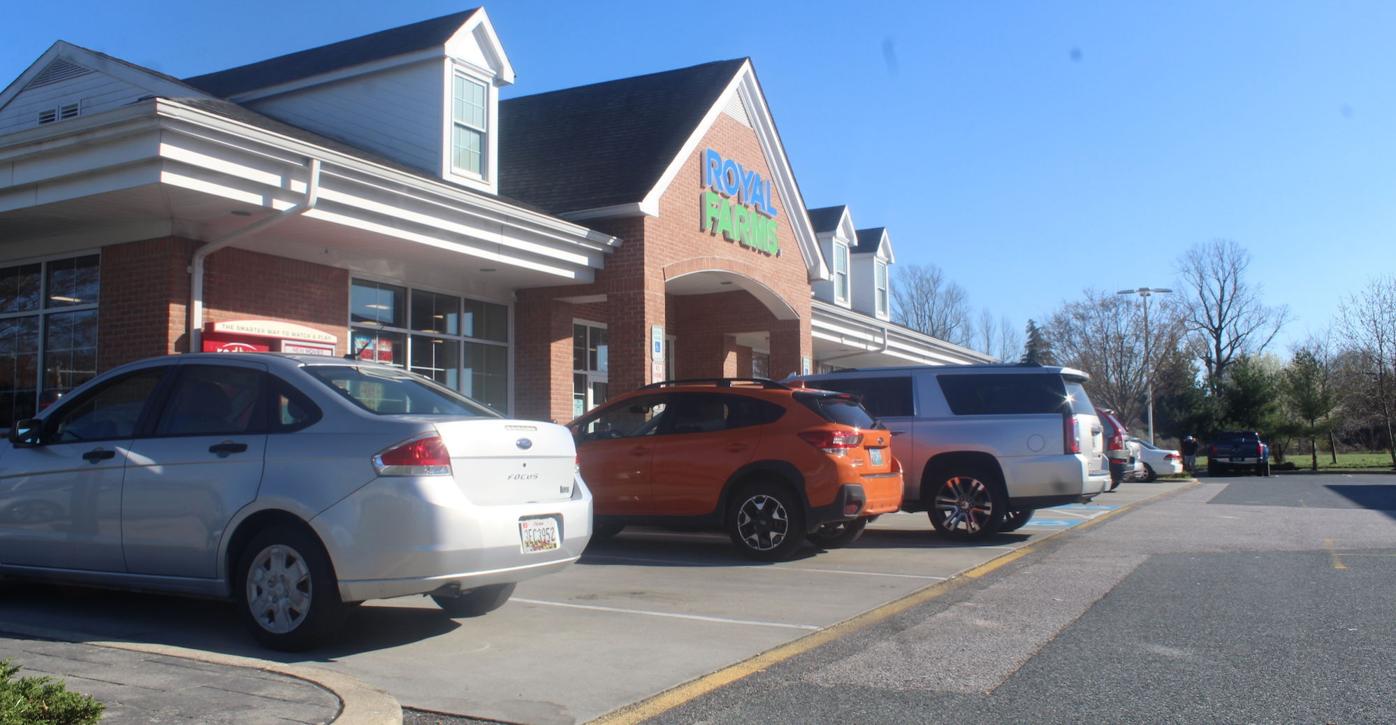 The panhandler in a green minivan has been to Royal Farms in Easton at least twice recently to solicit money. 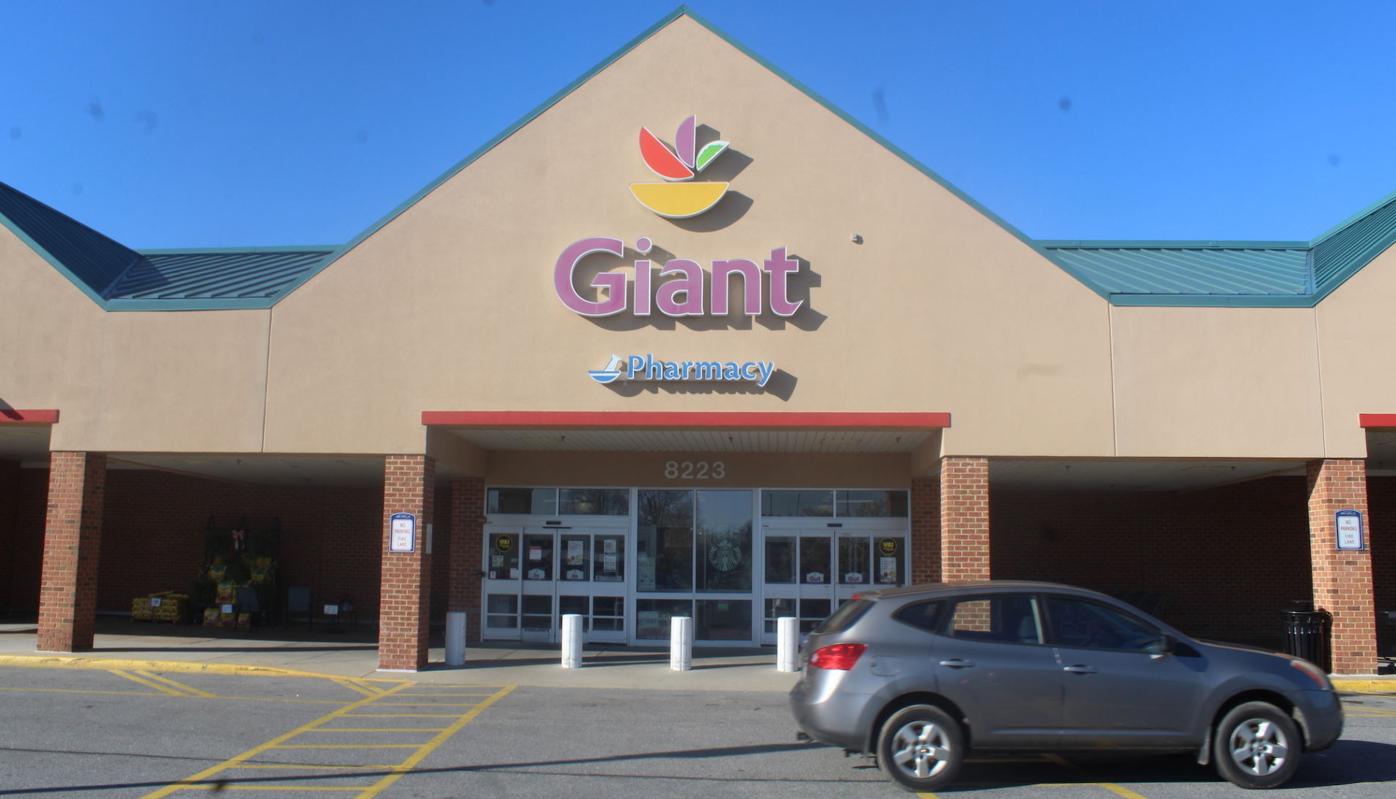 A man in a green minivan has been panhandling aggressively for money at stores like the Easton Giant across the Mid-Shore.

An aggressive and familiar panhandler is often seen driving around in a green minivan. This was posted on the Easton community Facebook page.

The panhandler in a green minivan has been to Royal Farms in Easton at least twice recently to solicit money.

A man in a green minivan has been panhandling aggressively for money at stores like the Easton Giant across the Mid-Shore.

EASTON — A man in a green minivan has been allegedly panhandling at grocery stores and gas stations for so long now that many on the Shore know his story by heart: his daughter was injured in an accident and is hospitalized at Shock Trauma in Baltimore; he needs gas money to get there.

The earliest documentation of the middle-aged white man in a green minivan — usually accompanied by a similarly-aged white woman in the passenger seat — was in October and the latest incident was this week, on March 28.

The scenario goes like this: he speedily pulls up to cars or passersby in the parking lot of establishments like Royal Farms or Giant, leans his head out of the window and asks for money — giving his usual pitch, most frequently about a daughter, but sometimes switching up locations and situations. Sometimes he’s been at the hospital and needs money to get back to Pocomoke.

Sometimes the man is successful, but in many cases, the panhandler is denied money because he comes across as aggressive and as a scammer and fraudster, according to Facebook posts, local police departments and those familiar with him or who have interacted with the person.

“Creepy Guy alert! There is a big guy in a vintage minivan soliciting money for gas as he needs to get to ‘Pocomoke Md,’” wrote Catherine Kramer on Facebook Jan. 5.

Kramer’s post received 63 comments and 19 shares. Residents commented that they have seen him all across the Mid-Shore. He’s been spotted in Easton, Trappe, Cambridge, Wye Mills, Denton, Grasonville and Kent Island, mainly off U.S. Route 50.

Some wrote on Facebook that the panhandler “got” them for $5 — or in some cases, even $20 or $50. One commenter said the man rolled up so fast he “scared me to death” so the person said they had no money. Still others suspect he’s been at it for years, with one resident calling him an “urban legend.”

Kramer was inside her car at the McDonald’s restaurant on Kent Island when she saw the panhandler. She was asked to pull past the drive-thru window to wait for her order. Soon after, the green minivan zoomed up beside her “abruptly.”

“He says, ‘Can you lend me some money, I’m going to Pocomoke,’ and I just looked at him and (a woman) in the passenger seat. It was weird,” she said. “I pointed to the gas station and told him to ask that guy for help, I have no cash. Soon as I said that, he pulled into reverse. It was done so fast, it’s a wonder he didn’t hit anybody.”

After the incident, which she called “a little scary,” Kramer realized she had seen similar reports of the man online. She wrote her post that day because she “really wanted to warn people that somebody was out there.”

“I’m sensitive to homeless people. I wouldn’t judge him for that,” she said. “It’s just how insensitive and cold he was. It was: Boom, boom, snatch and grab. I wasn’t prepared to give money nor would I have because of the way they approached me.”

Amberlee Ridgell, of East New Market, interacted with him twice: at the High’s in Trappe and at the Easton Diner. Ridgell actually asked the panhandler how much money he makes.

“I was fed up with him because it’s so wrong what he’s doing,” she said on Facebook. “He told me he makes about $400 a day, sometimes more or less.”

Ridgell suspects he lives in Hurlock after following him briefly and watching him go far down Maryland Route 16, headed toward Dorchester County.

“He was going toward Hurlock,” she said. “I’ve also seen many people comment he lives in Hurlock.’

Queen Anne’s County and Talbot County sheriff’s offices, where he panhandles most frequently, have no official reports or complaints on the panhandler. The alleged panhandler does not face any charges.

“We have not taken any reports,” said Capt. John Bollinger of the Talbot County Sheriff’s Office. “There’s no information on this guy.”

Both agencies, however, said they have seen the Facebook posts and have heard about the aggressive panhandler in the community.

The Easton Police Department has taken 21 calls for service for panhandling in the past six months, and four of the reports are about a panhandler in a green minivan.

In October 2020 he was at Aldi’s; in December, Royal Farms; and in January, he was at Giant Foods. The latest complaint was March 2, also at Royal Farms.

“When the officer arrives, the person is gone,” said Lt. George Paugh of EPD. “It takes time for an officer to get on scene and by the time he’s there, the person has already moved on. It’s kind of difficult to catch this person.”

Paugh still encouraged residents to call the police when they see him, because it could be “that one time that there is a patrol car close by and they can get there quickly.”

The police officer said in the event you come across him or any aggressive panhandler, slowly and safely drive or walk away.

“Definitely don’t encounter the guy, don’t get into any confrontation with him,” he instructed.

While Maryland has no official law against panhandling, counties and municipalities have their own rules and regulations on begging for money. Talbot and Queen Anne’s counties make no mention of panhandling in their online codes, but Easton prohibits it.

“It shall be unlawful for any person to solicit money or other things of value, or to solicit the sale of goods or services,” the ordinance says, blocking the practice at banks, private property and in traffic lines or on public streets.

The law carries a maximum fine of $100 or 30 days in jail for a first-time offense.

Nationally, 27% of cities prohibit panhandling and 61% prohibit it in particular public places, according to the National Law Center on Homelessness and Poverty. The organization keeps track of the data because it says panhandling bans are criminalizing the homelessness. Some of those laws have faced challenges to whether panhandling bans violate First Amendment rights to free speech.

But in some cases, panhandling can be abused or too aggressive. Montgomery County is working to end the criminalization of homelessness, but outlaws aggressive panhandling that is “intimidating.”

Regardless, Kramer cotends there is “no way” the man in a green minivan is genuine, and he should not be allowed to solicit money based on a fraudulent scheme.

Paugh mentioned the panhandler’s method is a “classic” scam to solicit money.

“He gives the same story all the time,” he said. “We know he’s been saying the same thing, he’s got a child in shock trauma, and he needs to get there, and he needs gas money.”

Paugh said he’s dealt with aggressive panhandlers before. But in Talbot County, it’s pretty rare to have someone this persistent.

“I’ve been here for 14 years and not handled one call for panhandling in the county,” said Bollinger, who added that the situation would be murky if the man is caught outside of Easton. “There’s no criminal law for panhandling, so I would have to get together with the state’s attorney office and see if he is violating any laws.”

With the panhandler still at large, he’s impacting not just those he solicits money from, but also business owners and managers.

Tony Knopp, the general manager of Royal Farms, said her employees have informed her of his recurrence at the gas station but have struggled to pin him down.

“There’s no time to get the license plate,” she said. “They tell me after he leaves, and it’s hard for anyone to do anything.”

Knopp said the frequent panhandling is bad for business and she “does not play around.” She plans to get his license plate and call the cops immediately the next time he shows up.

“You don’t scam people,” she said. “You get out and get a job and work like everyone else.”

For some women like Kramer, the aggressive scam for money is more than just intimidating.

“When you are a woman driving around, and people come up and solicit money from you ... it’s a little scary,” she said, saying she also feels taken advantage of. “People come from the other side of bridge because they know Eastern Shore people are nice, and people around here have genuinely big hearts and we will give.”