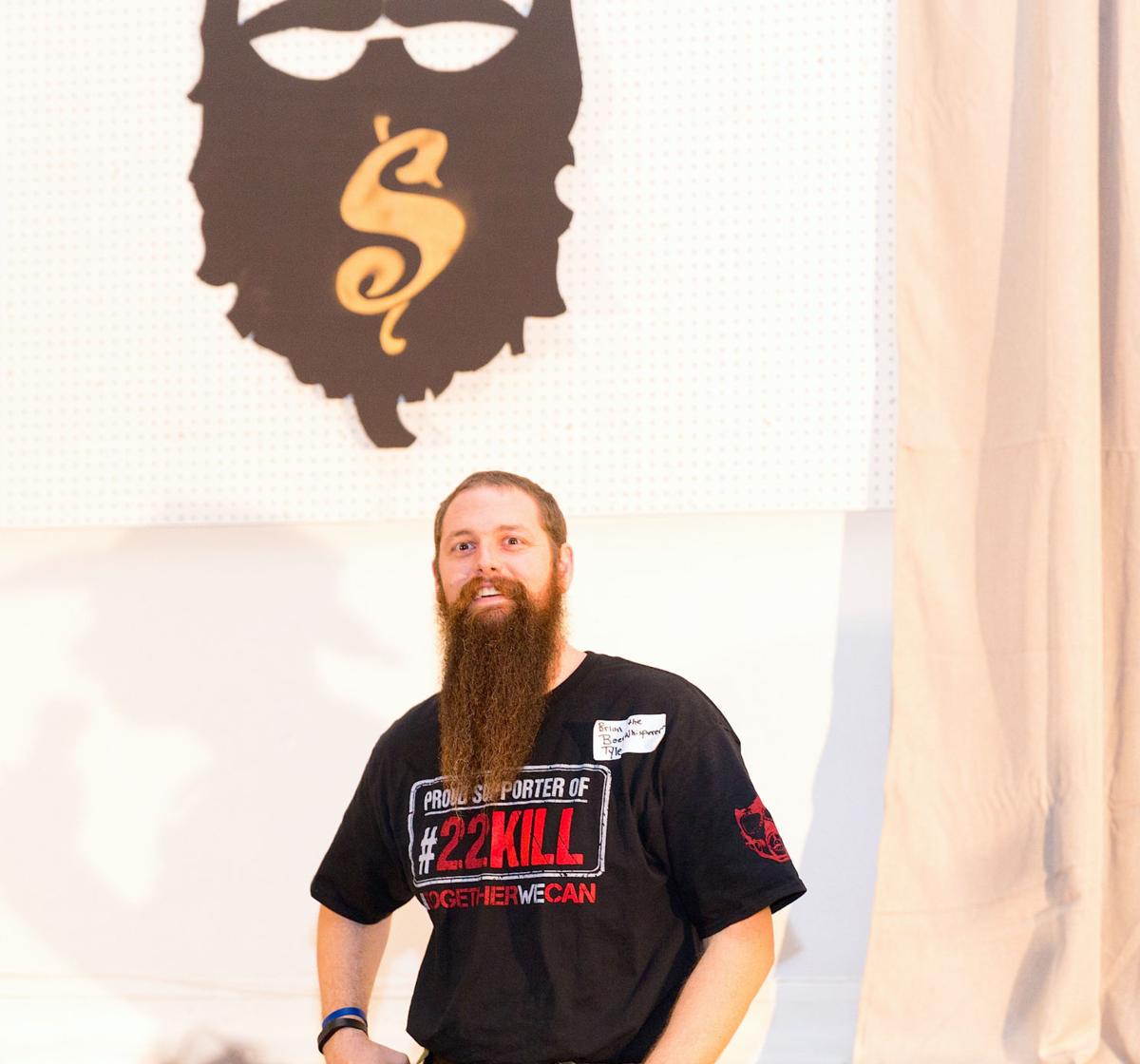 Brian Tyler was the winner of the best existing beard category of this year’s Cover Your Chin for Charity event. 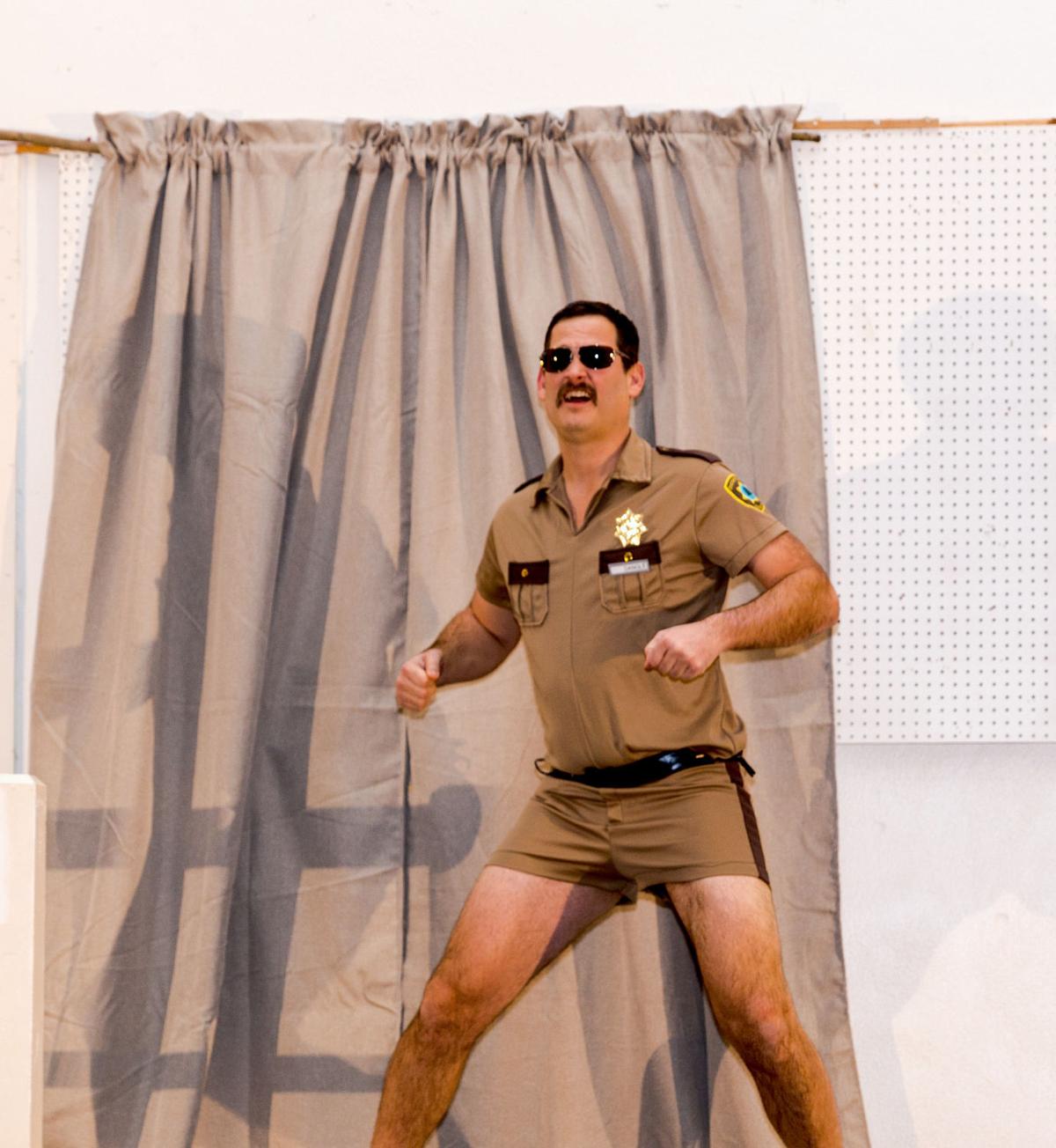 David Ferraris took the prize for best mustache in this year’s Cover Your Chin for Charity campaign. 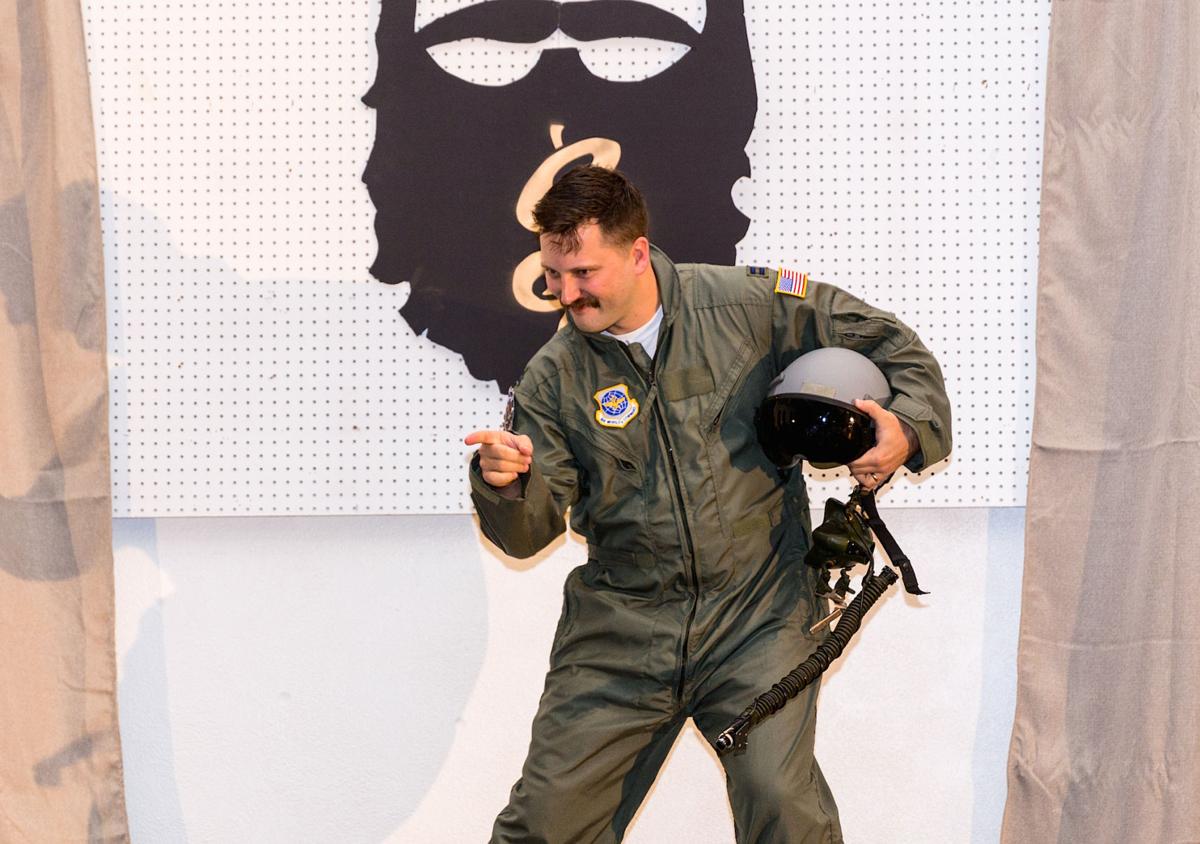 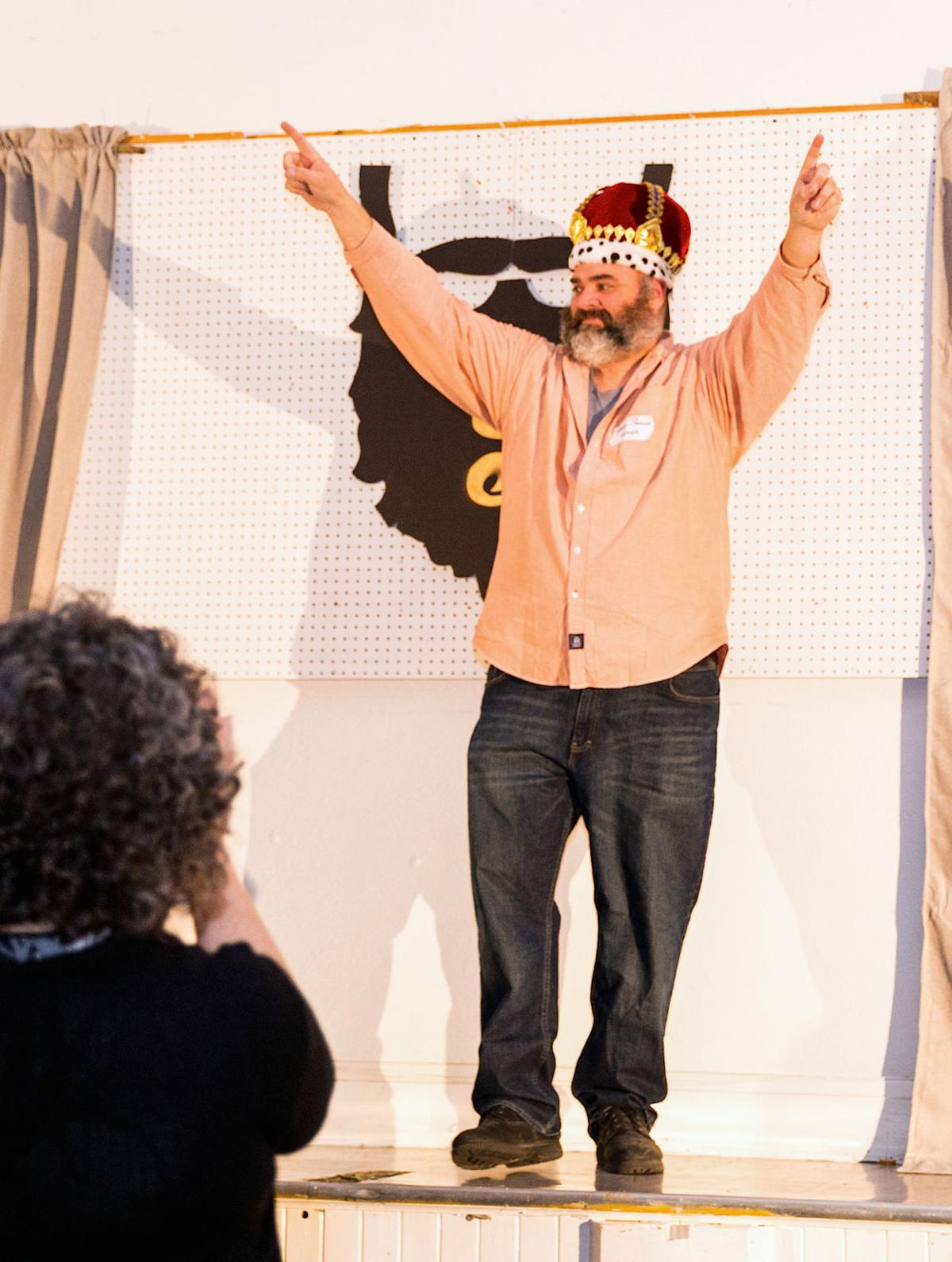 Ron Vener named was the overall winner of the 2016 Cover Your Chin for Charity event at the closing ceremonies on Saturday, Jan. 23. 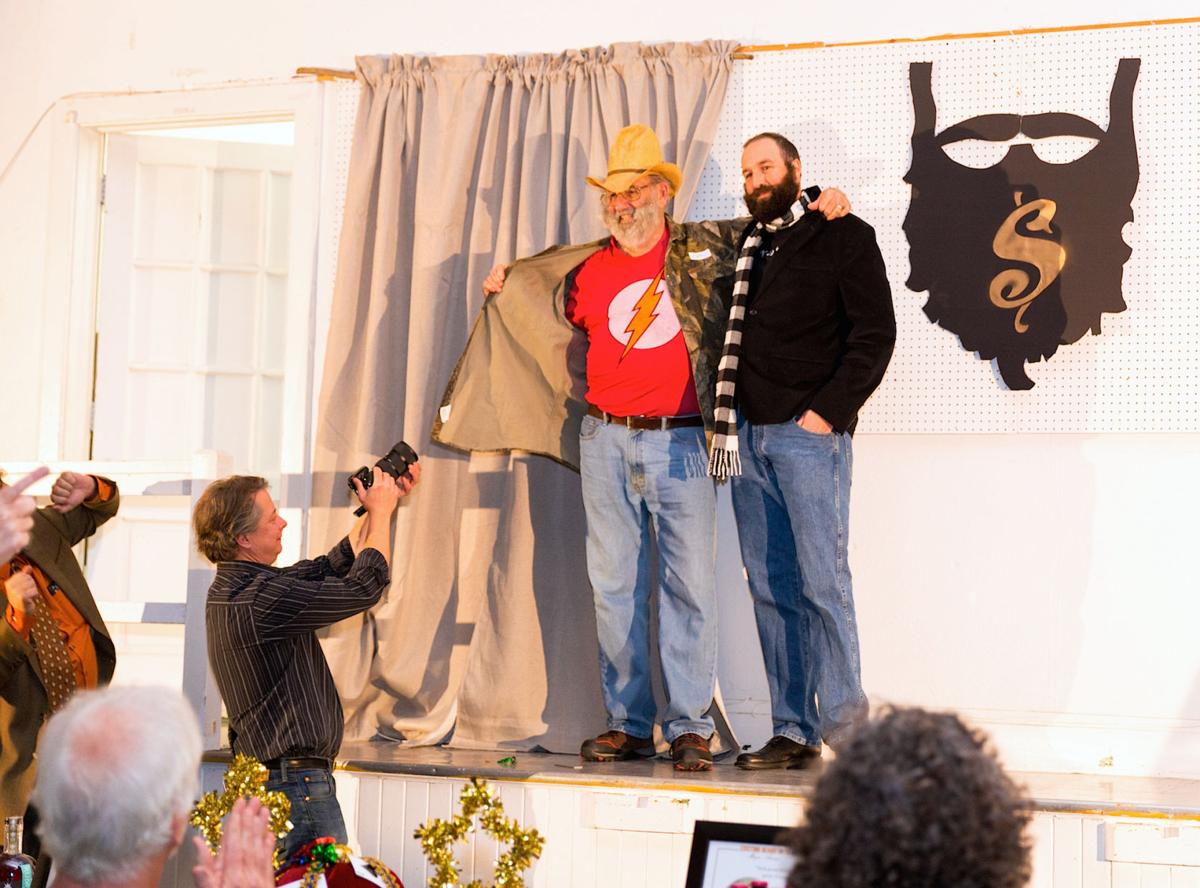 The 2016 Cover Your Chin for Charity event helped raise more than $20,000 for local organizations.

Brian Tyler was the winner of the best existing beard category of this year’s Cover Your Chin for Charity event.

David Ferraris took the prize for best mustache in this year’s Cover Your Chin for Charity campaign.

Ron Vener named was the overall winner of the 2016 Cover Your Chin for Charity event at the closing ceremonies on Saturday, Jan. 23.

The 2016 Cover Your Chin for Charity event helped raise more than $20,000 for local organizations.

EASTON — The Cover Your Chin for Charity closing ceremonies were held Saturday, Jan. 23, to a packed house in the Easton Armory. The event, which culminated three months of contestants growing facial hair and raising money for local charities, raised more than $20,000. Featured charities were Character Counts, Critchlow Adkins Children’s Centers, the Veterans Fund of the Mental Health Association in Talbot County and Pet Pantries.

“Kids, vets and pets has been our focus since year one, and I am not sure we will deviate from that. It has worked very well,” said Adam Theeke, one of the three founders of the event.

Theeke, along with Joel Shilliday and Andrew Southworth, started the event in 2013.

“There a lot of great fundraisers in the area, but the cost of some the tickets to those fundraisers seemed exclusionary to me. We wanted something that anyone could attend with a small donation,” Shilliday said.

A minimum donation of $25 got the donor a ticket to the closing ceremony, a catered event that featured a donation bar, a silent auction and dancing in between the competitions.

This year’s crowd of about 200 was treated to four categories of contestants vying for awards in best mustache, partial beard, full beard and existing beard. Existing beard was a new category this year, allowing contestants who didn’t want to shave to compete.

The three other categories require contestants to shave their face completely in mid-October and grow back facial hair over the three-month time period as best they can. A panel of six judges then observe the contestants, or growers as they are called, while mingling during the early evening. Each of the 37 on-hand contestants was allowed stage time in front of the audience, and most entered to a song of their choosing, coordinated with DJ Groundhog.

The overall winner of the event is the grower who gathers the most donations. This year’s winner was Ron Vener, who raised more than $2,500, with donations from 60 different people.

“Bottom line is this a great event run by great people who are doing the right thing to make a difference where they live,” Vener said.

“This event has always been about raising money and giving back,” Theeke said. “The beard contest is just a platform for doing so. We’ve surpassed $40,000 raised in three years. That’s not too shabby.”

The winners took home rum from Lyon Distilling of St. Michaels, as well as gift cards from the many local businesses that donated to the event.

“This is an event to benefit the community. Local businesses and individuals alike don’t hesitate to help out. We had businesses angry with us this year because we didn’t ask them to donate a good or service,” Southworth said. “All contestants are expected to earn at least a few hundred dollars. And we had a goal of $15,000 this year. The 46 growers did an excellent job of garnering donations and we exceeded our goal. It feels great.”

The Cover Your Chin for Charity Fund is a component fund of the Mid-Shore Community Foundation. Contributions to the fund are fully tax-deductible.

That's really commendable! My friends has decided to grow and groom beards this year for the charity purpose. We shall be donating money and for that like no shave November, we are planning for some new resolutions. I personally like grooming my beards, so it will be a easy task for me. Using beard growth products like
beard oil had made my facial hair grow faster.