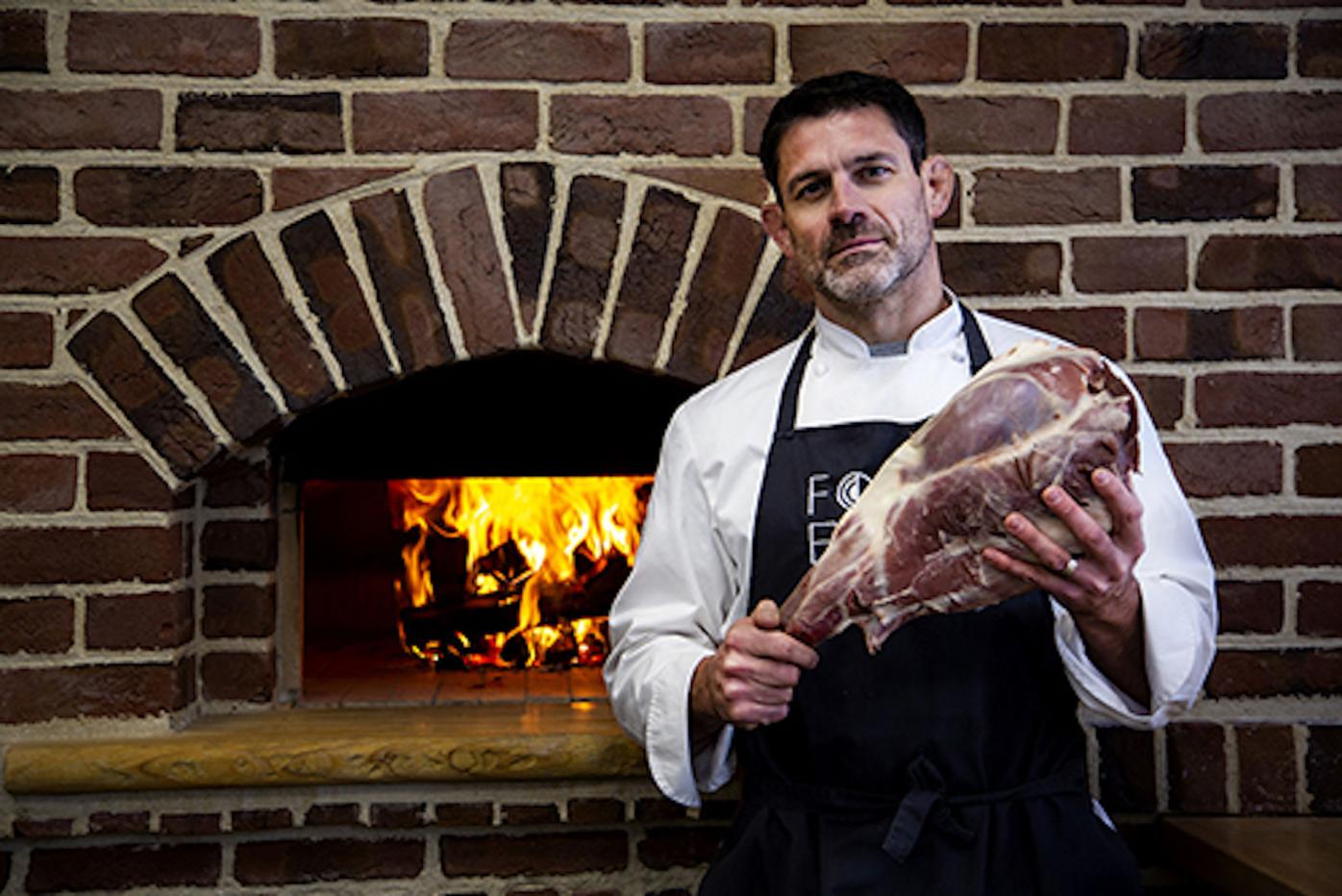 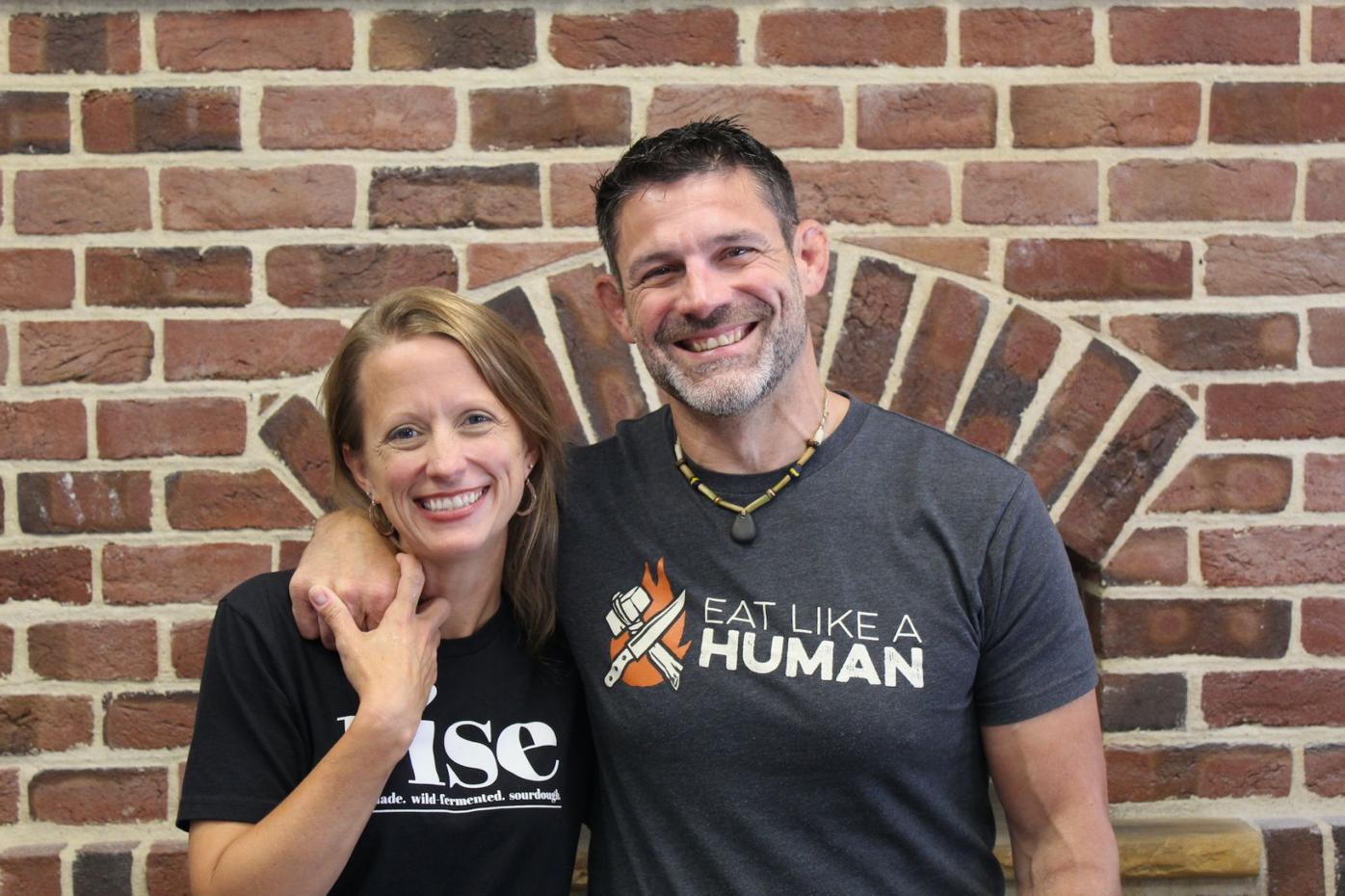 Business and life partners Christina and Bill Schindler in July 2021. Bill’s book, “Eat Like A Human,” is now available for purchase.

Business and life partners Christina and Bill Schindler in July 2021. Bill’s book, “Eat Like A Human,” is now available for purchase.

A Church Hill resident and former anthropology professor, Schindler helped create the Eastern Shore Food Lab, a research and teaching laboratory at Washington College, in 2017. Last summer, the facility and its operation became an autonomous nonprofit, sharing its location at 236 Cannon Street with Schindler’s Modern Stone Age Kitchen, which, like his book, promotes making food entirely from scratch.

To learn more about Schindler, his projects, and his book, visit eatlikeahuman.com.

Parker: What is the elevator pitch for “Eat Like A Human?”

Schindler: Everybody’s focused on diet and health, as they should be. It’s the biggest issue that’s facing our population today in so, so, so many ways. But we’re always focused on what we should be eating, while the diet that’s built us as humans over millions of years was focused on how we should be eating, how we can take foods we have no business consuming, and processing them, making them as safe and as nourishing as possible. And this book is focused on regaining those skills and being able to apply them in our modern day kitchens.

Parker: Your book opens with an anecdote of you and your family drinking cow’s blood and raw milk in East Africa. Can you explain the importance of understanding culture when it comes to the things we eat?

The second thing we do differently than other animals is share food. Other animals eat at the same time, and parents may feed their young, but they don’t share food the way that we do. And we celebrate that. We go out to dinner on dates. We have entire holidays built around sharing food. Food is embedded in our culture and everything that we are, so you can’t separate it. You cannot separate food and culture and diet. It’s just impossible to do.

In fact, I truly believe every time that we take a bite of food, we are expressing to the world all sorts of things about ourselves, from our traditions to our religion to our politics, all of it. So, in order to understand another group’s diet, we have to understand their culture.

Parker: Going through our species’ history, you explain how our expectations and methodology surrounding food have shifted and continue to shift alongside humans. Over time, what kinds of things have caused our diets and ideas around food to change?

Schindler: I think the largest factor is our connection, or distance, from our food. When we are connected to food, directly acquiring it through hunting or gathering, we’re processing it ourselves. And when we’re that intricately connected to our food, we have a certain idea about what the food is, where it comes from, how it can be used, seasonality, ethics, sustainability, responsibility, all of those things are part of that system when you’re connected to your food.

For millions of years, that’s exactly the system that our ancestors were operating in. Unfortunately, beginning with the agricultural revolution and then more recently with the industrial revolution, we’ve been more disconnected from our food and other people started making decisions in that system. We were so far distanced from it, we didn’t see things like seasonality; we didn’t see things like animals dying for us to eat; we didn’t understand that plants have toxins. As we get more and more disconnected from our food, everything about that changes.

When we become that disconnected and other people take control of our food, where it comes from, how it’s prepared, they also take control over the knowledge of that food, the understanding of what’s healthy, what’s not healthy, what’s sustainable, what’s not sustainable. Instead of being able to decide those things for ourselves and see them for ourselves, we’re listening to other people tell us what they want us to hear. And even though it may be couched in a study of health or sustainability or what have you, quite often, it’s just a mechanism for us to buy more food and to make somebody else rich.

Parker: What does bringing back older traditions, styles, and recipes add to our present and future diets?

Schindler: It would transform them. When we reconnect with our food and our understanding of how food is made, how it’s prepared, where it comes from, we regain knowledge and regain that connection. We’re able to make those decisions for ourselves.

The basis of our nutritional requirements as a species has not changed in 300,000 years and we just can’t seem to get a handle on it. The thing is, for the majority of the time we’ve been on this planet, we’ve never had to ask somebody else what or how we should be eating. Just like every other animal on the planet, we are designed through evolutionary processes to feed ourselves the most nourishing food possible.

But humans have screwed it up. And we’ve screwed it up because we’ve lost that connection. We’re listening to other people who are pulling strings, telling us things not so that we can be nourished, but so they can make money.

When we reconnect and understand how food is made and where it comes from, we regain that ability to decide for ourselves how to nourish ourselves and our family.

Parker: You describe our culture’s relationship with food as being “filled with confusion and insecurity.” What factors do you think most contribute to that?

Schindler: It is the lack of connection, the lack of understanding. I’m a father of three and a husband, and one of the most important things that I think I can do is nourish my family and give them the best chance to live their best life. When something is that important, we [as a species] want to make sure that we get it right, so we go to great lengths to listen to the people that we think are telling us the things we want to know. But we are so far removed. There are so many links in our food chain that we can’t see it, we can’t connect with it, touch it for ourselves and understand.

One of the things I like to say is that we need to remove as many links from our food chain as possible, reconnect and understand our food. I wish we could all be hunter gatherers and prepare our food entirely from scratch for families. There was year I mentioned in the book that I did that; every food my family ate for an entire year was hunted, gathered, foraged, and prepared entirely in my house.

I learned a ton that year, but that’s not what I’m suggesting. First of all, there’s not enough resources for everyone in the planet to be able to do that. People don’t have enough time. Most people maybe don’t even care enough to do that, and that’s absolutely fine. What I’m suggesting is removing just one or two links to that food chain, to take a step closer to your food. You will be informed have have the ability to nourish your family like you’ve never been able to before.

There’s a lot of different ways to do that, but what I’m hoping to do with this book is provide an accessible approach to food where if people just took one of those steps, they make a huge transformation in their health.

Parker: You ask readers to rethink what they believe and what they’ve been told about what and how to eat. What’s a good first step for people to take?

Schindler: I would love everybody to do all these wonderful things — hunting and foraging and cooking from scratch. But the reality is that — and this is going to sound strange — the best way to make a change is to take a food that you and your family eat all of the time, and make that dish entirely from scratch. That right there is transformative.

That’s one of the biggest educations you could ever give yourself about what you eat, because even if that food is so inedible that your dog won’t even eat it, you’ve learned more about the food that you feed yourself than you’ll learn from any book or podcast or documentary. And even if you never cook it again, you will at least go into the grocery store as a completely informed consumer, and you’ll know which versions to buy and which food producers you should support with your hard earned money.

By doing that, you’ve taken away the power of marketing and advertising.

An easy way to start, if you don’t want to do entire dishes, is to make something like bread. I talk a lot about bread in the book. Sourdough bread is a completely different food for your body than any bread that you buy at the store. Think about all the sandwiches your kids eat at school. It’s two slices of bread, compounded over days, weeks, months, and years, and all of a sudden, you might not realize it, but 13, 14, 15 years later, you’ve made a tremendous impact on their health.

It doesn’t have to be big, huge things. Just one step here, one step there. But then, it starts compounding on itself.

Parker: This book has perspectives that are certainly unorthodox by today’s standards — for instance, you start your second chapter by saying “plants should scare the hell out of you” — what do you remind or say to people who might find this kind of menu unappealing, odd, or off-putting?

Schindler: I am offering is an alternative perspective to the modern day diet mantra. But what I’m hoping to do is not persuade anyone. All that I’d like to do is inform, give another perspective, and most importantly, provide people the opportunity to think about these things themselves.

“Eat Like A Human” is now available for purchase.