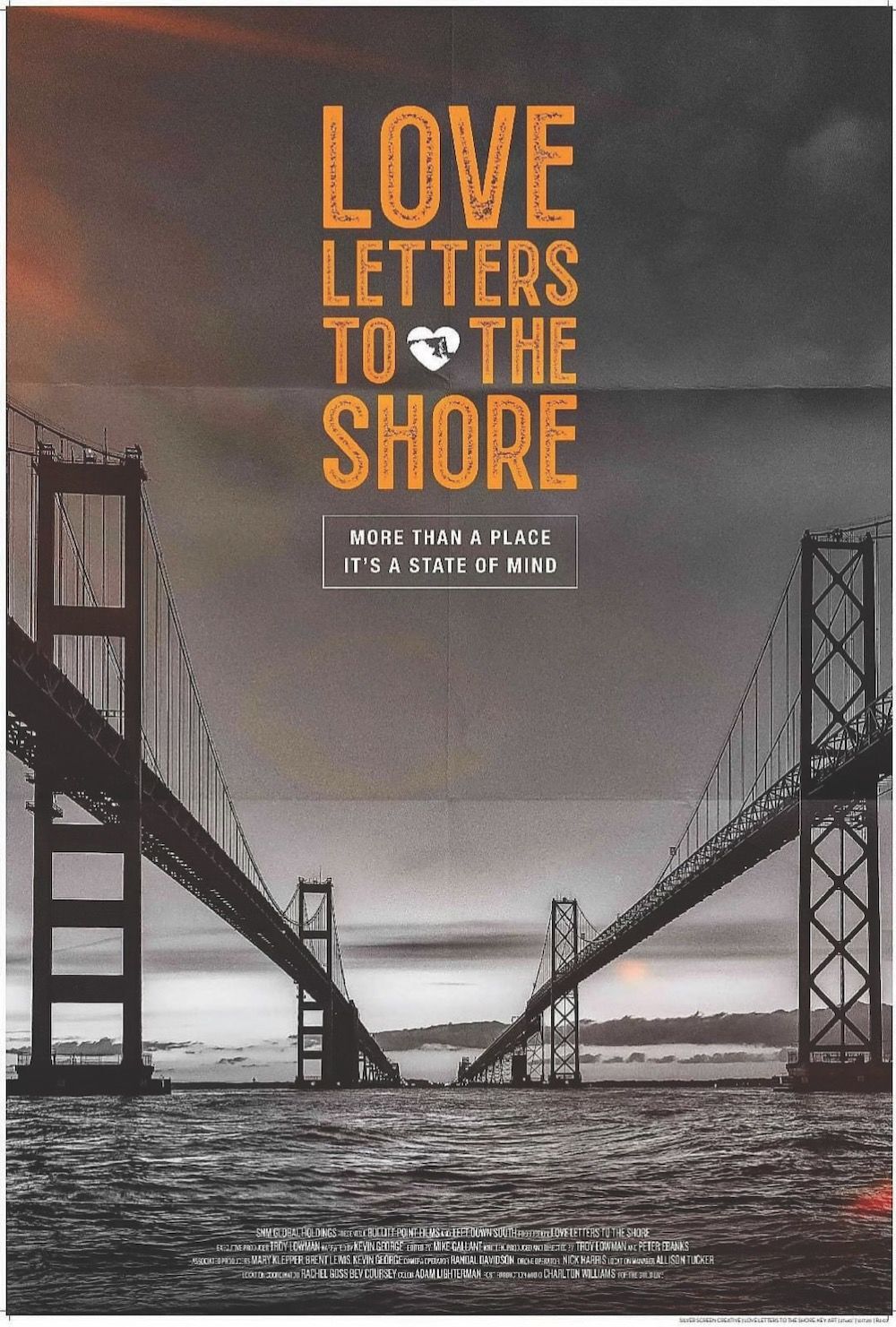 This is the movie poster for Love Letters to the Shore. This documentary celebrates the region, the people and the food of The Eastern Shore. 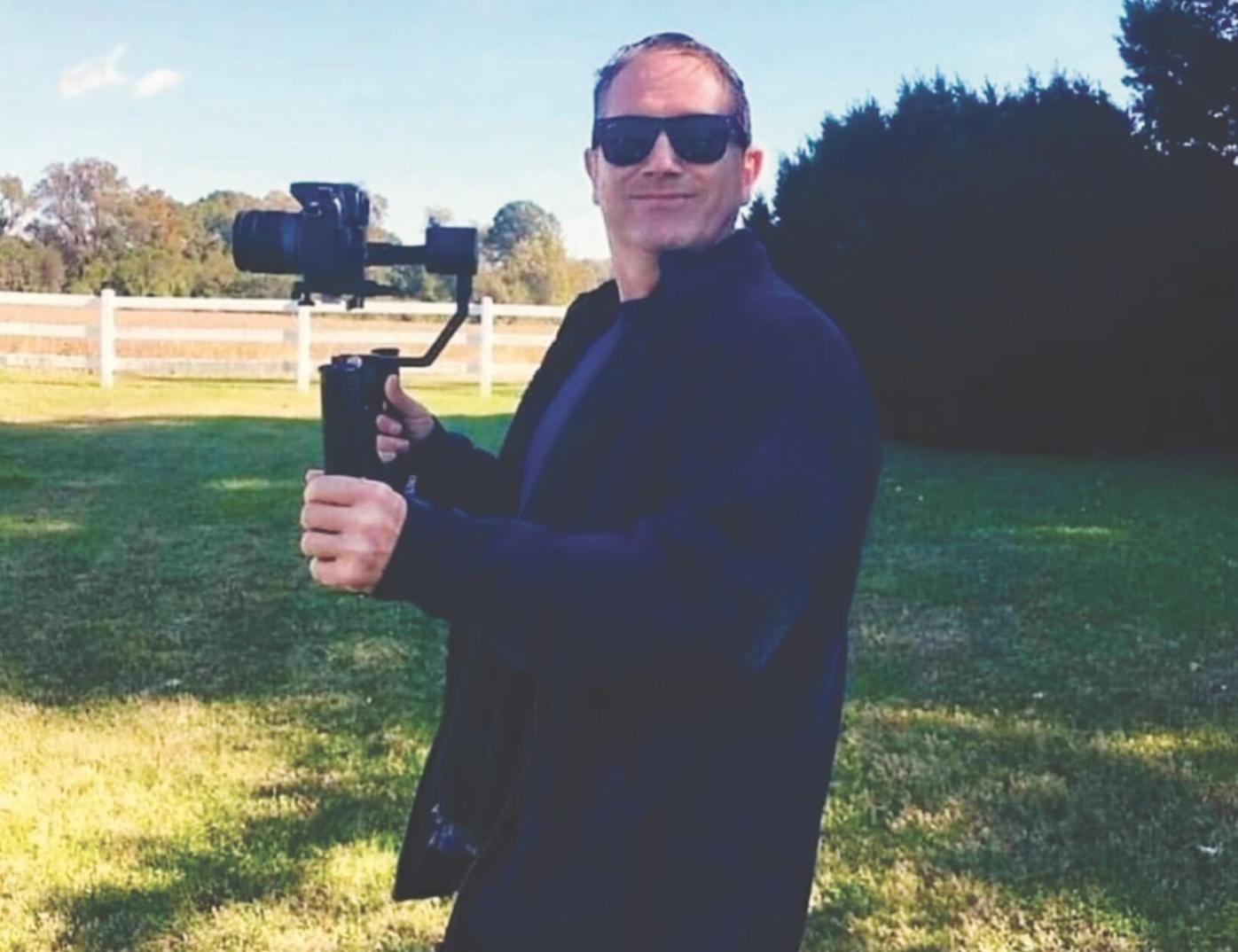 Troy Lowman is a native of Sudlersville. He is the director, writer and producer of the documentary Love Letters to the Shore. This film celebrates the region, the food and the people with lots of interviews with natives. There is also terrific drone photography. To find the film you can go to: www.loveletterstotheshore.com 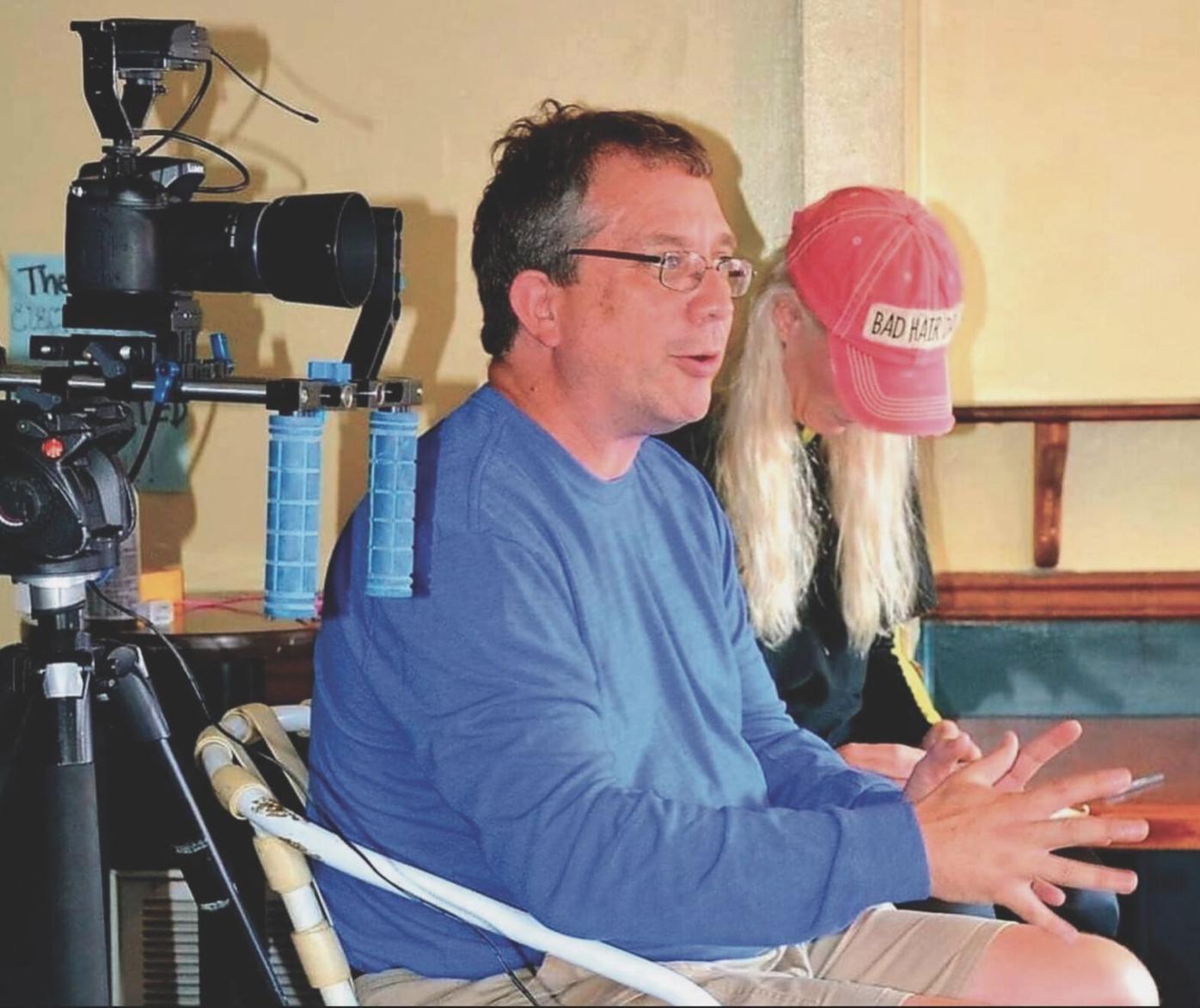 Narrator Kevin George helped find some of the subjects to interview. He brings to the documentary authentic Shore talk.

This is the movie poster for Love Letters to the Shore. This documentary celebrates the region, the people and the food of The Eastern Shore.

Troy Lowman is a native of Sudlersville. He is the director, writer and producer of the documentary Love Letters to the Shore. This film celebrates the region, the food and the people with lots of interviews with natives. There is also terrific drone photography. To find the film you can go to: www.loveletterstotheshore.com

Narrator Kevin George helped find some of the subjects to interview. He brings to the documentary authentic Shore talk.

KENT ISLAND — You know that feeling when you drive over the Bay Bridge towards the Shore and your blood pressure goes down? What it is it about this place that makes it so special? Trying to sum up the Eastern Shore is a gargantuan task. Trying to cook it down to an hour long documentary film is admirable.

From Negro League baseball to Harold Baines, from chicken feed to blue crabs and ultimately from the goose blind to the Bay Bridge itself, a lot of ground is covered in this documentary.

SNM Global Holdings, an entertainment/media company, released “Love Letters to the Shore” on Valentine’s Day. Focused on a behind-the-scenes view of the distinctive lifestyle that makes the Eastern Shore special, there is a poet’s heart at work here. Original music by J. Coursey Willis and terrific aerial cinematography fill its length. The filmmakers clearly love the Eastern Shore and celebrate its food, people and landscapes.

Structurally they break the story down into distinct chapters like “A Simpler Life,” “Crabbing and Hunting” and “Stories of Old.”

The documentary director is Snow Hill native Allison Tucker. She still frequents the small town and is a graduate of Salisbury University. She earned a master’s degree from Wilmington University to further her career in film.

Contributor Kevin George, a lifelong resident of the Eastern Shore, was raised on Kent Island and now lives in Easton. He has worked in journalism for more than 35 years. Also contributing is Mary Klepper who was born and raised on Kent Island. She is a licensed tour guide.

George is the narrator and co-producer, who links the segments with poetic and patriotic overtures that extol the beauty of the land.

“Somerset County is the last part of the Eastern Shore that is like it was before the bridge was built. If the documentary is successful enough we plan on doing more episodes for YouTube,” said George.

“It was a labor of love. It was a long process,” said SNM CEO and project Executive Director Troy Lowman, a Sudlersville native. Lowman wrote, directed and produced the film.

“One of his pet projects. He basically paid for the whole thing himself. He got asked so often about his accent that he finally figured how unique a place the Eastern Shore is. So once he got the means he wanted to do something on the people of the Eastern Shore,” said George.

“I travel a lot for business. And where ever I go people ask me where I am from. Like are you from the South? I have a certain swaggering way of thinking. You know I never tell them I am from Maryland or DC. I always tell them I am from the Eastern Shore. We are our own entity. People don’t realize how special the place is. So I wanted to highlight how great the place is,” said Lowman.

“It’s the persona of the Shore people. It’s the openness. It’s like hittin’ that bridge and your blood pressure drops,” he said.

Between beautiful sunset lit aerial photography there are interviews with shore people of all walks of life. Watermen to councilmen. Farmers to business people.

“We said to each person at the end of their interview, “If you could write a love letter to the Eastern Shore what would you write?”

There is a positive vibe throughout the film as people tell their stories. And some of those thoughts raise the alarm of how the Shore is changing because of the influx of new people. One women said we never used to lock our doors.

“I speak in the documentary about the dangers of it being changed by people wanting what the shore has but really bringing what they have to the shore. People are trying to preserve what the Shore is. I delve into its history and aspects like farming and hunting and crabbing. I go into baseball like Jimmie Foxx to Harold Baines making the Hall of Fame,” Lowman said.

“I think the real charm of the documentary is the interviews of the people from the Eastern Shore. My own love letter to the Shore is that I appreciate that you built the base of my personality. So I am grounded no matter where I go — anywhere from Paris to L.A. to South Beach. My Shore values are ingrained in me and I keep a steady hand with them,” said Lowman.

“We recruited people from all sorts of walks of life on the Shore. We have farmers and watermen and teachers and authors and political insiders. We got kids who grew up hunting and fishing with their parents,” George said.

Of the music that ties the letters together, “Niles” is a song about home, songwriter J. Coursey Willis said. “I wrote it from my memories of Kent Island and Cox Neck Road in Chester, where I grew up. Niles was a man that lived in the area and was a fixture on the corner of Baker’s Liquors at the intersection of Cox Neck and Postal Roads. He was an older gent, adorned in jeans and a baseball cap, that leaned against the store’s brick wall simply observing the day. Niles was always kind to us kids who’d ride our bikes back and forth to Baker’s daily. When I’d host band rehearsal in my parent’s garage, we’d walk to Baker’s Deli for lunch and chat with Niles. Years later, a few delinquents from the area beat him up with a pipe and put him in the hospital. That was the beginning of the end for Niles. He eventually disappeared altogether from that corner, but he lives in my mind and always reminds me of home.”

This film was shot in late 2018 and includes interviews with many Queen Anne’s residents.

“It is literally a love letter to the Shore. Any Shore person knows that Ocean City is not a part of the Shore. Maybe the outer edges of Berlin is where it stops. Sudlersville is my home town,” said Lowman.

“My love letter to the Shore is just a way of life in simple times. When I grew up on Kent Island the overpasses weren’t there yet. There were still stop lights on Route 50. I lot of times you go by and you can see the ghosts of what used to be there. If you lost your dog, everybody is going to come out and try to help you,” said George.

“The drone shooting is just top notch. People can see parts of the shore they can’t see otherwise. So we are up for four awards in a couple of festivals,” he said.

Like any film project it is a long journey from writing, to shooting, to editing. And there are are always surprises along the way. The film is chock full of Eastern Shore personalities, which makes it fun to watch. As the film’s subtitle states, ‘It’s more than a place. It’s a state of mind.”

For more information on how to view the film visit www.loveletterstotheshore.com. Locals receive special pricing that includes a poster.