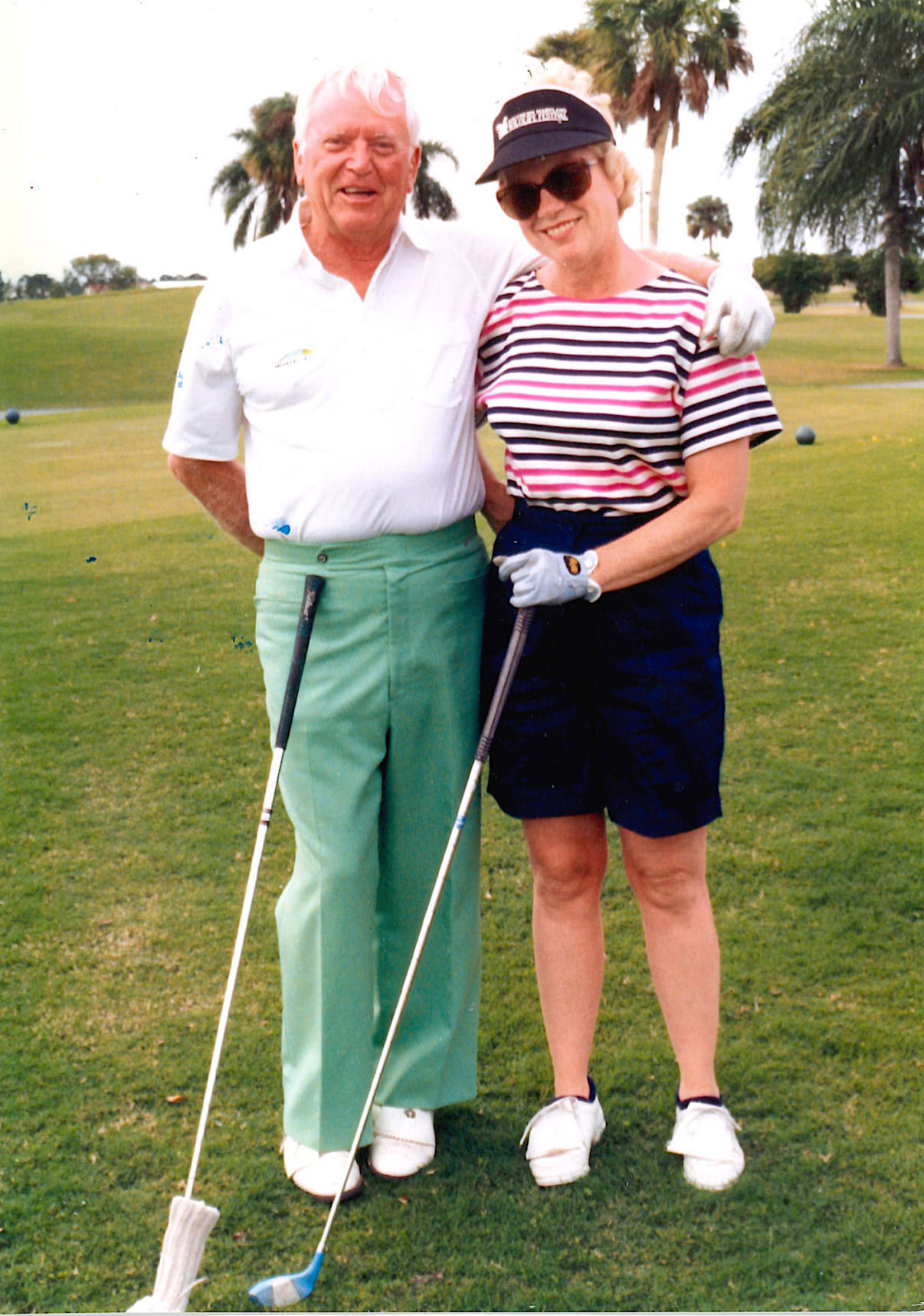 William “Earl” Griffin and his late wife Barbara were both avid golfers. 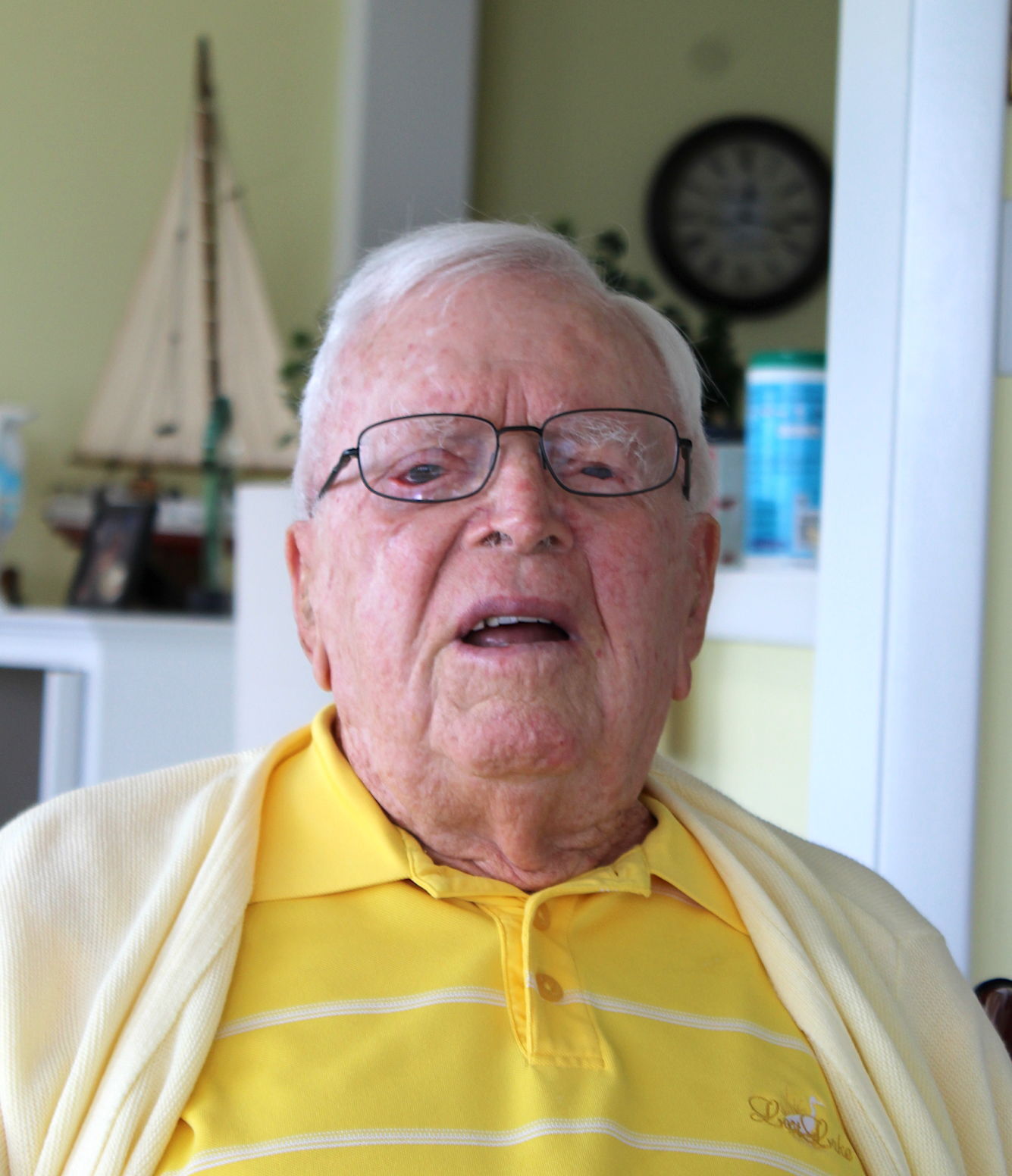 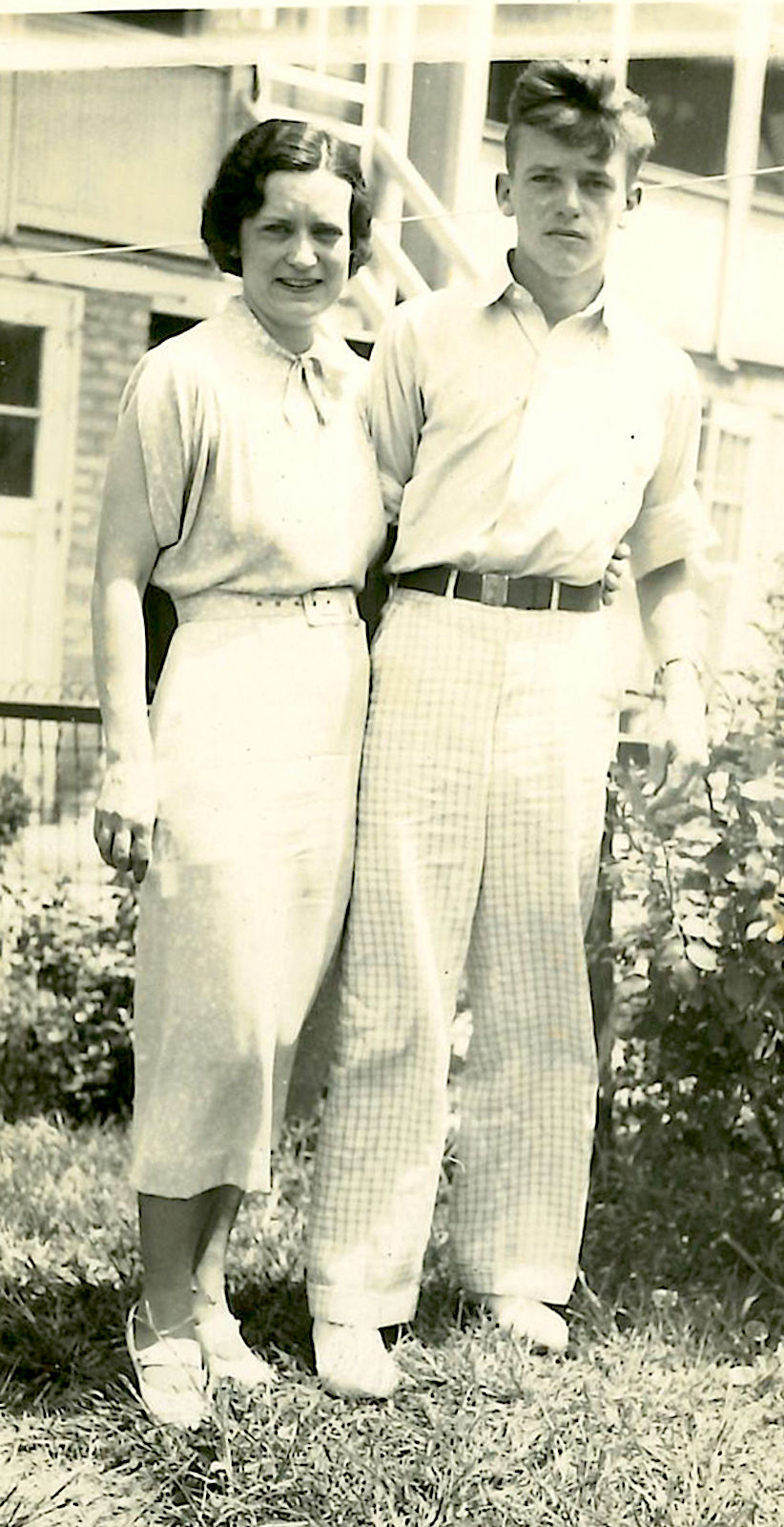 William Earl Griffin with his mother at their home on F Street in Washington, D.C.

William “Earl” Griffin and his late wife Barbara were both avid golfers.

William Earl Griffin with his mother at their home on F Street in Washington, D.C.

ROMANCOKE — William Earl Griffin plans to celebrate his 100th birthday, Sunday, Aug. 9, at his waterfront home in the Cove Creek community in the southernmost part of Stevensville. This year’s celebration will feature fewer attendees in an effort to protect Griffin and those attending from the COVID-19 virus, but a celebration will be held for his achieving the centennial mark of life.

“Earl,” as he is known by his friends, was born to Earl Dewey Griffin and Helen Griffin in the former Garfield Hospital in Washington, D.C., Aug. 9, 1920.

Griffin grew up at their home located on F Street, in Southeast D.C. and graduated from St. John’s High School in 1942, before enlisting in the U.S. Navy, and serving during World War II on the aircraft carrier U.S.S. Independence that saw most of its action in the South Pacific.

Upon leaving the Navy, Griffin got an early start in business, founding Earl’s Super Liquor Store, first in Oxon Hill, then opening a second location very near the John Phillip Sousa Bridge, just off Pennsylvania Avenue in the Anacostia neighborhood. At the time, Anacostia was a very nice neighborhood, Griffin said. He recalled the legendary Stevenson Bakery located there and how popular the bakery’s pies were, especially around big holidays. Griffin owned his D.C. area business for more than 40 years before selling it.

Griffin bought his first home in the Tantallon golf community of Ft. Washington, and he was very active in Prince George’s County while living there.

Besides being a successful businessman, Griffin served as Veterans of Foreign Wars Post 9619 Commander in Morningside, before becoming VFW Maryland State Commander. He also served as chairman of the Prince George’s County Democratic Party, where he got to know the late Frank Kratovil Sr., who also later moved to Kent Island during his retirement years. “Frank Kratovil was a very good man,” Griffin said.

Griffin proudly continues to support his former high school, making significant donations to St. John’s College High School, which moved to a different location from the days when Griffin attended. Griffin and legendary St. John’s football team coach Joe Gallagher, who coached there for over 30 years, were classmates at St. John’s and close friends.

Griffin moved to Cove Creek 35 years ago. His was the second home to be built in the then-new recreational golf community. Griffin has been an avid golfer all of his adult life. He said he met his late wife Barbara on a golf course. Barbara passed away from cancer two years ago.

A week before her passing, Barbara asked her caretaker, Betsy Hoffman of Stevensville, to promise “always to celebrate Earl’s birthday,” and Betsy, who now takes care of Griffin, has done just that.

Griffin said Queen Anne’s County is one of the finest counties to live in in all of the U.S. He loves seafood and said, “Living here, if you love seafood, you’re in heaven.” He said many of the local restaurants here serve some of the best seafood anywhere in the world.

The single most important event he lived through was “World War II,” Griffin said. “It involved everyone — not only Americans, but the entire world. It affected everyone.”

He said he rises each day with this slogan to guide him: “Every day is a good day.”