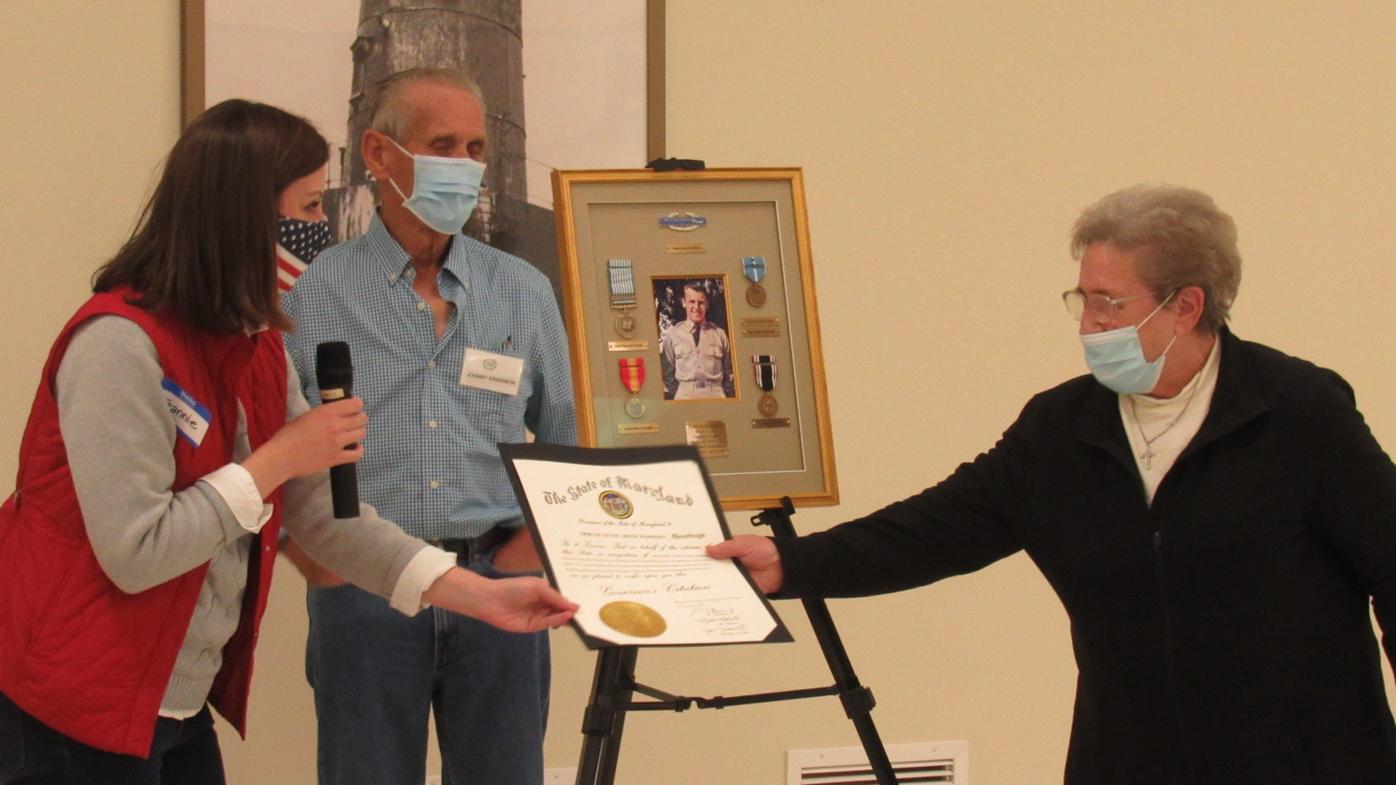 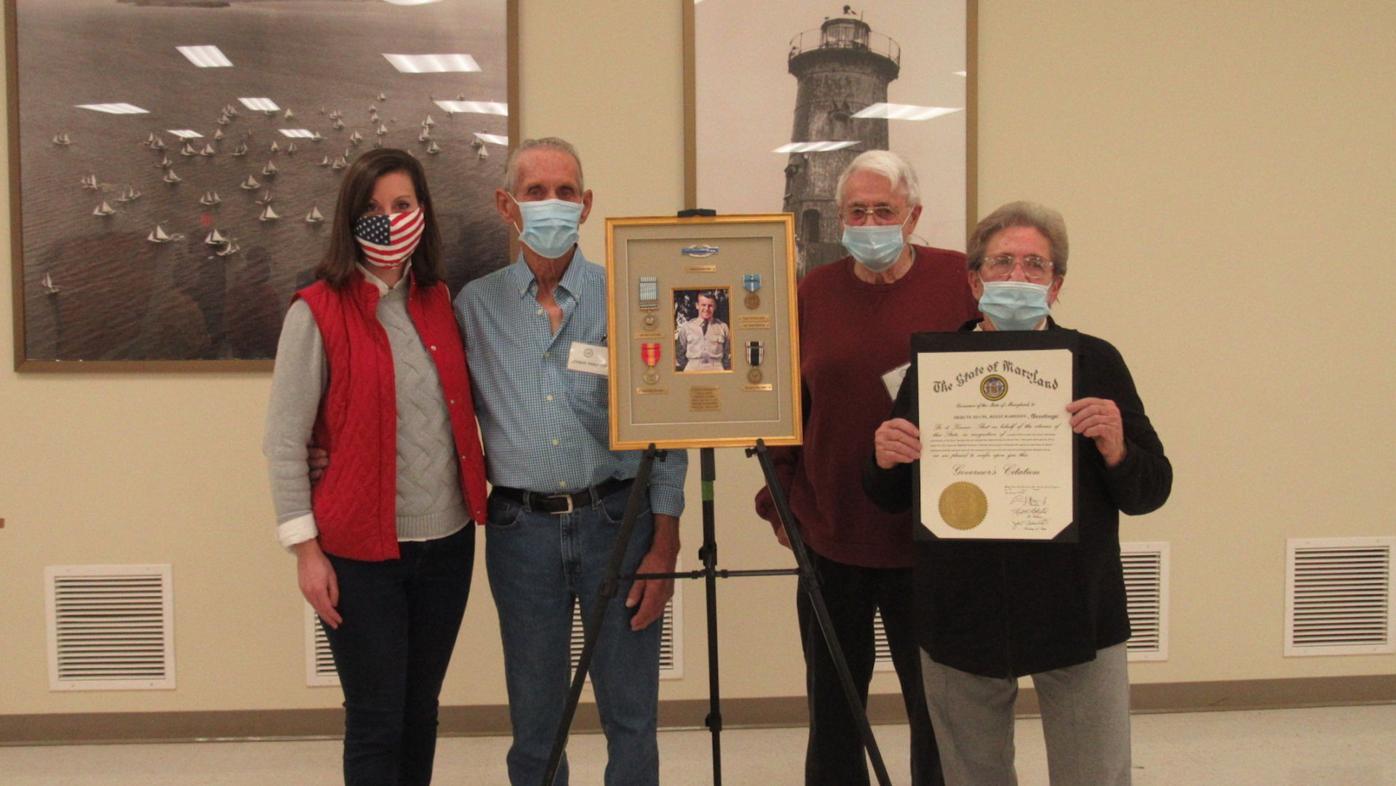 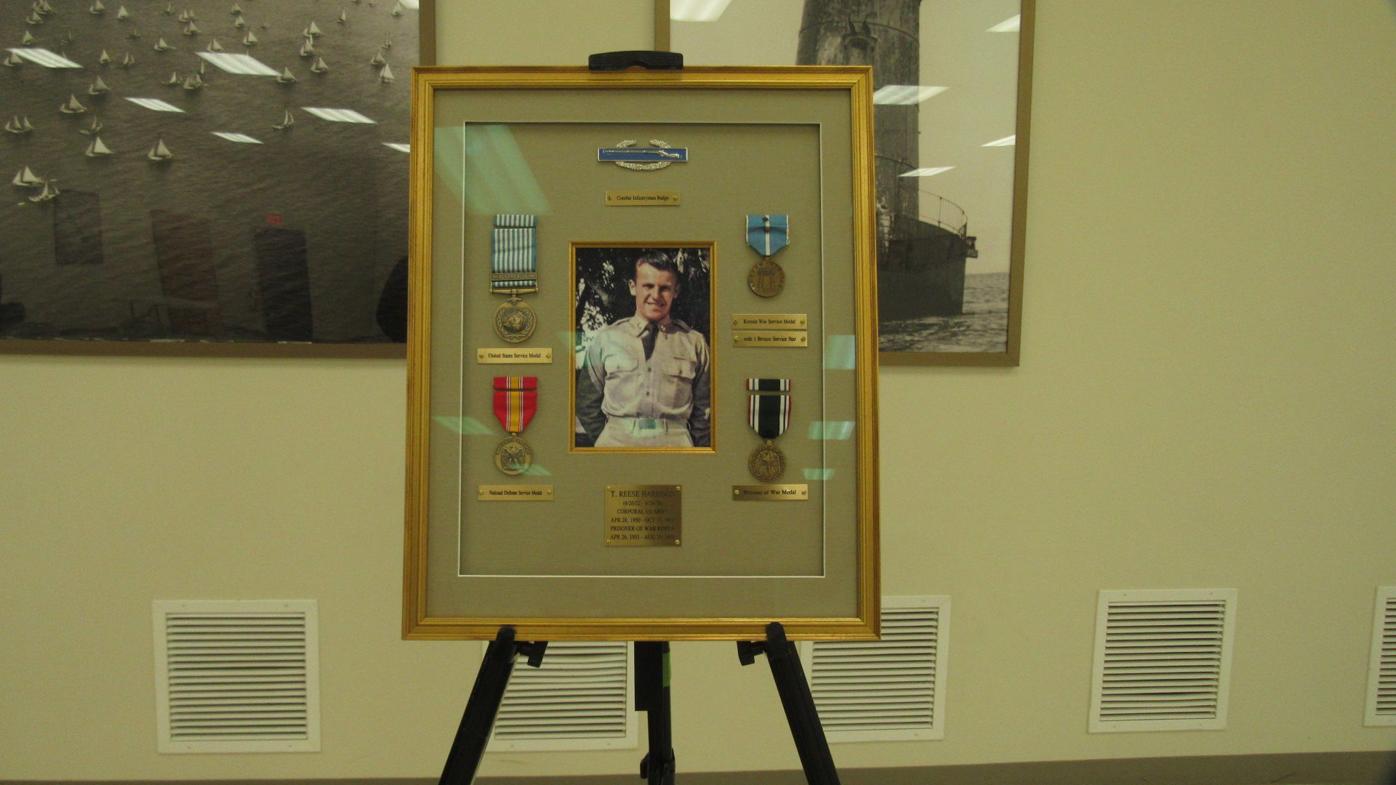 Reese Harrison was awarded four posthumous medals for his service during the Korean War. When he came home in 1953, thousands came out to greet him.

Reese Harrison was awarded four posthumous medals for his service during the Korean War. When he came home in 1953, thousands came out to greet him.

TILGHMAN ISLAND — Local war hero Reese Harrison, who passed away from cancer in 1978, was posthumously awarded four military medals on Nov. 15 for his service and imprisonment during the Korean War — 67 years later.

Tilghman Watermen’s Museum invited 23 of Harrison’s family members, including children and grandchildren, to witness a triumphant ceremony at the local firehouse, finally honoring Harrison with long overdue medals he never received during his lifetime.

Harrison, who grew up and passed away on Tilghman Island, survived more than two years as a prisoner of war (POW) in North Korea before returning home on Sept. 18, 1953, to a welcoming crowd of 2,000 people.

While he was given badges, including one as a sharpshooter, he was never awarded the following medals: United Nations Service Medal, National Defense Service Medal, Korean Service Medal with 1 Bronze Star and a Prisoner of War Medal.

Cutler arranged Harrison’s rightful medals around a standing frame that held a photograph of a young, uniformed Harrison in the center. Cutler gave a speech to the family gathered in the firehouse, telling them that this recognition, even if late, matters.

“We know what it means,” he said. “He was in prison for two years and four months and he was 19 years old. Think about that. These are the medals he deserves.”

Gov. Larry Hogan also awarded an honorable citation to Harrison’s family, which was presented by Jeannie Haddaway-Riccio, the secretary of the Maryland Department of Natural Resources.

“As the people of Maryland join together in expressing our nation’s admiration, gratitude and great respect for the courageous deeds and services of a beloved and distinguished Maryland veteran,” she said, “we are pleased to prefer upon you this citation.”

Harrison’s family was kept in the dark about the medals, with Cutler hoping to surprise them at the ceremony. Junie, Harrison’s widow, was visibly moved by the awards. After the ceremony, she said Harrison’s military service was remarkable and “it’s very important to honor that.”

“It means the world to me,” Junie added. “I know (Harrison) was looking down. I know he was proud.”

Harrison’s grand return home in 1953 is captured at the Tilghman Watermen’s Museum, with newspaper clippings documenting the story of the parade and crowds that welcomed him back. He’s the most well-known war hero in Tilghman, and one of the more celebrated veterans in Talbot County, along with Easton’s Norman Harrington, a photographer during World War 2.

Cutler was always in awe of Harrison, and board member Johnny Kinnamon knew him before he passed away. The two spearheaded the effort to retrieve his rightful medals after talking to Junie’s friend last year, who mentioned that Harrison was never awarded them.

“As we talked about it, we realized ‘Jeez, he never really got the awards he should have gotten,’” he said. “So we started doing some research, but it was like looking for a needle in a haystack.”

What followed was a yearlong effort to find Harrison’s records — to prove he deserved the medals.

One roadblock was that the National Personnel Records Center in St. Louis, Missouri, had burned down in 1973, claiming millions of records, including Harrison’s.

So Cutler and Kinnamon put in calls to local politicians, including Johnny Mautz (R-37B) and Rep. Andy Harris (R-Md-1st), who helped dig out draft records from the Army. Harrison retired as a corporal from the Army after he returned home.

“We could not have done this without our local politicians,” Cutler said.

By the summer, the two had the records gathered, as well as the rightful medals. They began planning the ceremony for Junie and her family around Veteran’s Day.

Mary Kellogg, the founder of Tilghman Watermen’s Museum, praised Cutler and Kinnamon, who did all of the work unpaid.

“They said all it took was a couple phone calls, but it took them a year to do. They volunteered a lot of their time,” she said, adding that it was very meaningful to Tilghman. “This meets our mission because it is community based and we are here for the community.”

Junie said Harrison would have appreciated the medals, but he was a humble man who “always thought of others before himself.” He would have liked to steer the conversation toward all the veterans America celebrates during this time of year, she said.

At his welcoming parade in 1953, Harrison himself told the crowd that it was not about him. It was a day for all the men and women who serve their country.

“I did nothing special myself,” he said. “This ceremony should honor all servicemen.”