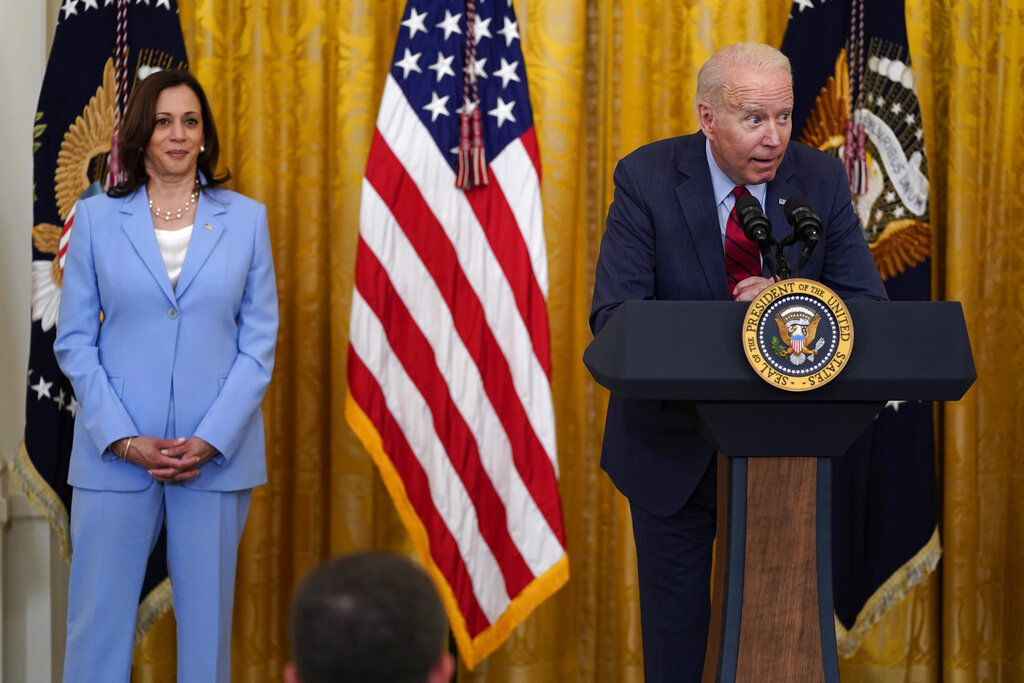 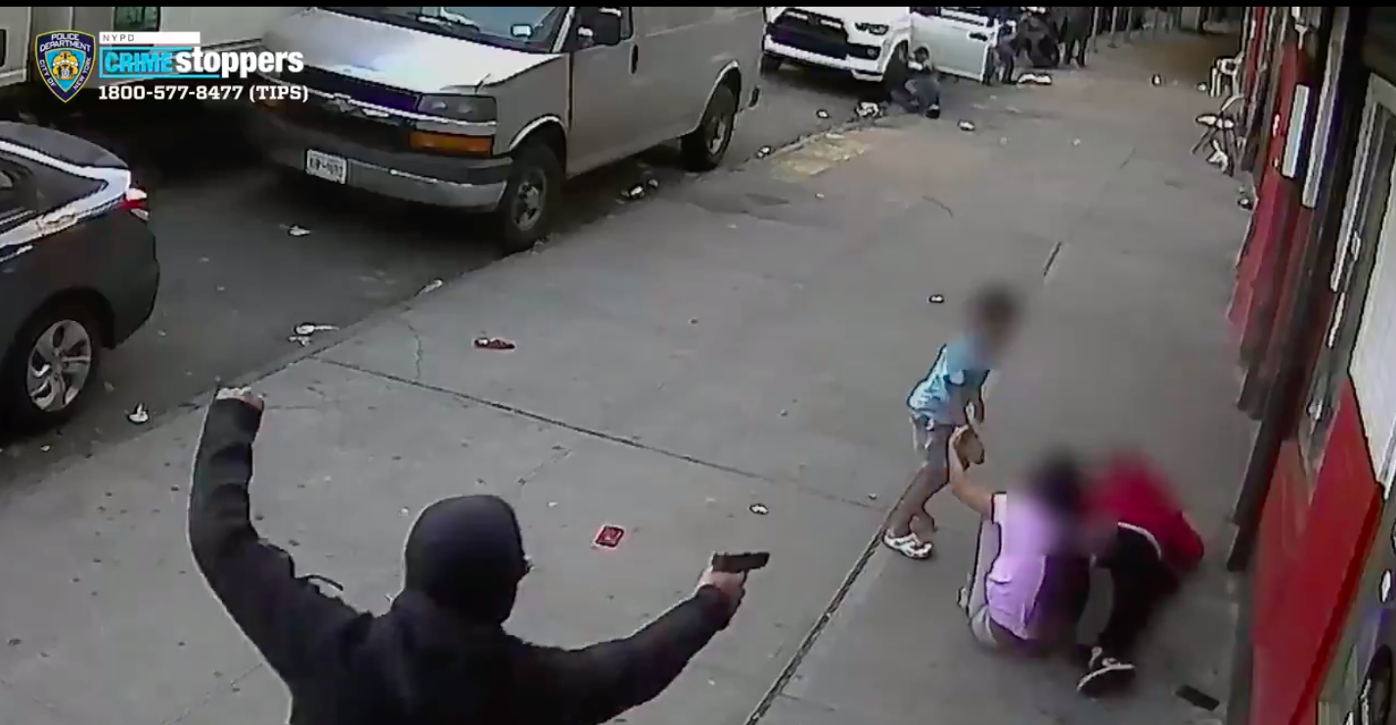 A screenshot of viral video released by the NYPD showing two young kids — a 10-year-old girl and her 5-year-old brother caught — in the crossfire of a daylight shooting. The kids were not hurt and the young man in red in the video was injured.

A screenshot of viral video released by the NYPD showing two young kids — a 10-year-old girl and her 5-year-old brother caught — in the crossfire of a daylight shooting. The kids were not hurt and the young man in red in the video was injured.

WASHINGTON — U.S. President Joe Biden’s comments on anti-government sentiments are complicating debates over gun control, the rise in shootings in major cities and the Jan. 6 storming of the U.S. Capitol by Trump supporters.

Biden talked about the history of the Second Amendment and the right to bear arms during White House comments on guns and the rise in violent crime in cities such as Baltimore, Chicago and New York.

Biden also talked about “the blood of patriots” and warned that those with anti-government stances will need more than AR-15 rifles and other guns at the center of renewed control debates.

“You think you need weapons to take on the government,” Biden said. “You’ll need F-15s and maybe nuclear weapons.”

The Biden administration has put a sustained security and domestic intelligence and surveillance focus on white supremacists and alt-right groups after the Jan. 6 Capitol riot.

The FBI has made hundreds of arrests among those who stormed the Capitol as Congress was certifying Biden’s contentious 2020 win over former President Donald Trump. The D.C. police has also made arrests related to the event of Jan. 6. A spokesperson for Washington’s Metropolitan Police Department said 68 arrests were made on Jan. 6 and Jan. 7 related to the insurrection at the U.S. Capitol.

Biden’s comments about guns and anti-government feelings from the right are being criticized by conservatives who note the fatal shooting of Ashli Babbitt, a Trump backer, by a U.S. Capitol police officer.

That officer has not been named and will not be charged, according to U.S. agencies.

The renewed debate over guns and potential new restrictions and the continued focus on Jan. 6 also comes as some major U.S. cities as well as communities on the Eastern Shore, including Cambridge and Salisbury.

There have been high-profile shootings and carjackings in Baltimore and Washington D.C. as well as disturbing viral videos showing the execution-style murder of man who was trying protect his wife after they were attacked in Chicago after a traffic accident returning from Puerto Rican pride campaign.

A chilling video in the Bronx also shows two kids — ages 10 and 5 — in the middle of crossfire when a man sought to shoot another man in broad daylight. The young girl and her younger brother were not hurt in the gang-related, bullet-filled melee on a New York City street.