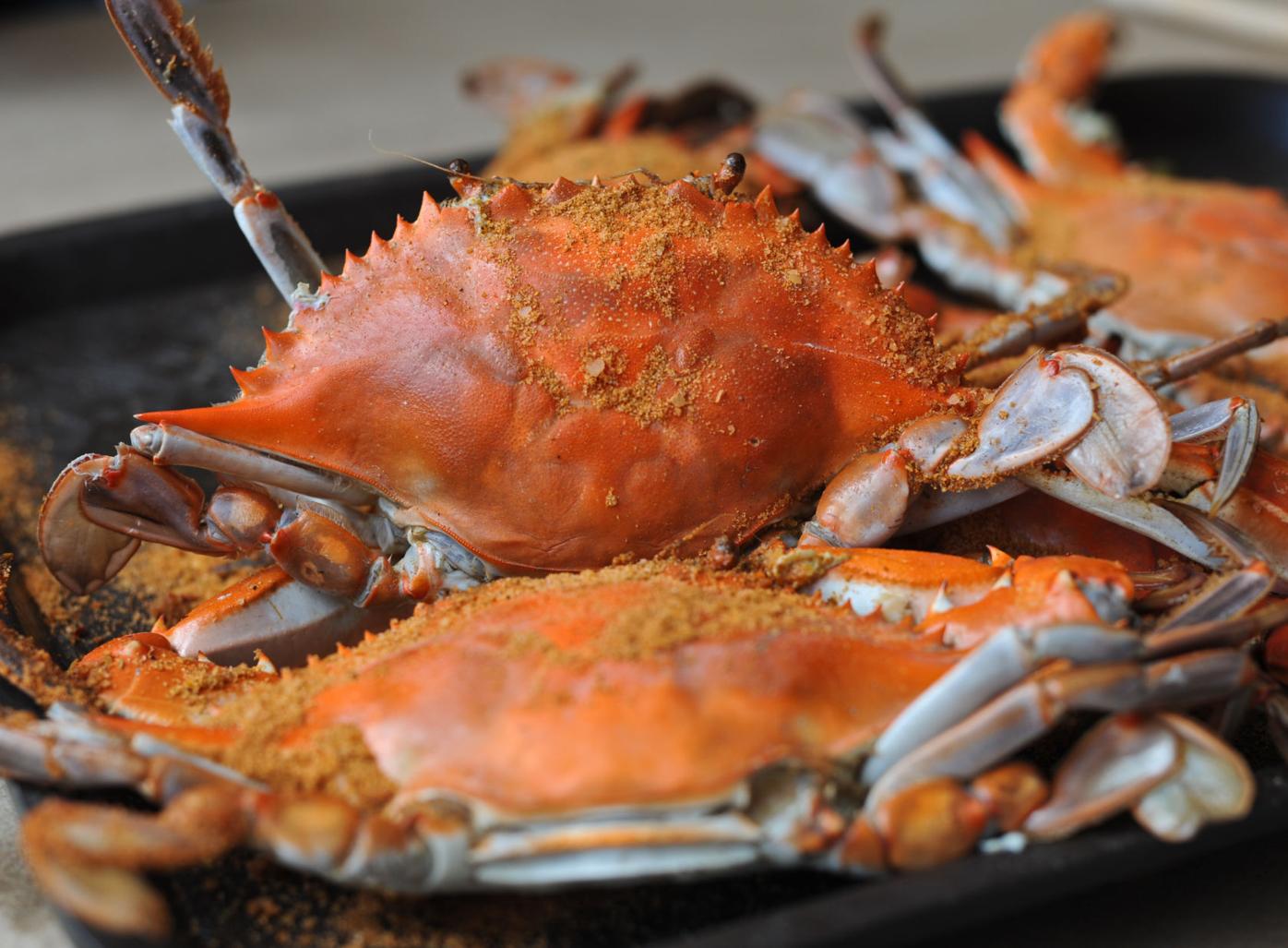 Crab prices are up and supply chains are challenged, according to restaurants, watermen and seafood suppliers. 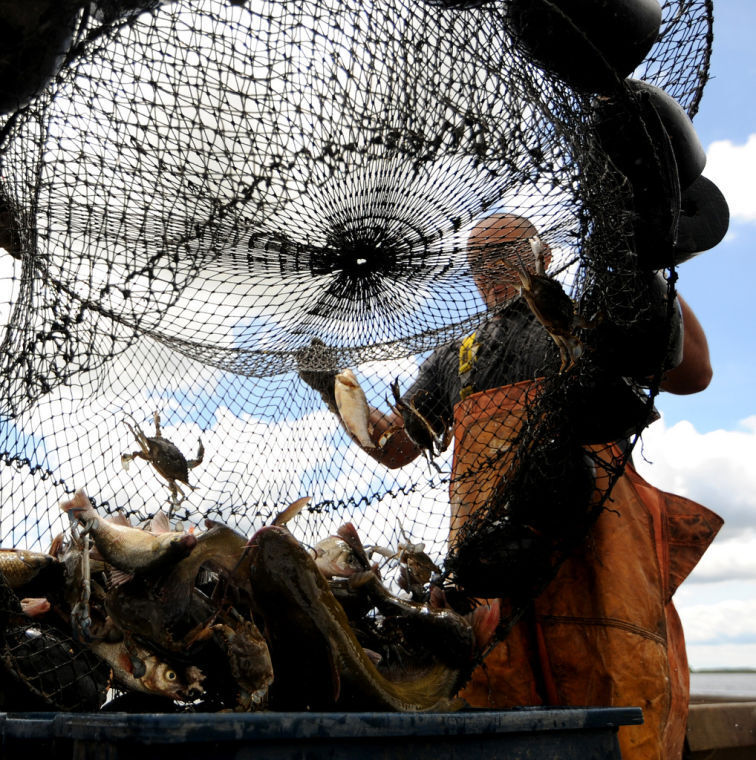 Crabs are a key economic and tourism driver on the Shore. 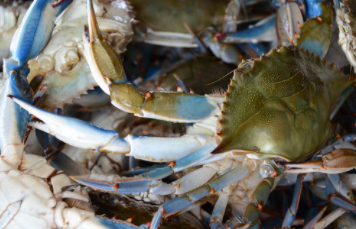 Crab prices are up and supply chains are challenged, according to restaurants, watermen and seafood suppliers.

Crabs are a key economic and tourism driver on the Shore.

The crab shortage joins other depleted supply chains challenged by the ups and downs of the coronavirus, including lumber, ketchup packets, and semiconductor chips. But the seafood disruption is hitting the Eastern Shore and Maryland — known for its crabs — particularly hard in the midst of a busy tourism season. And the pandemic is not the only reason for higher prices and challenged supplies.

With summer in full swing, typically the busiest season for crabs, restaurants and businesses on the Eastern Shore are struggling with the pricy product and competitive market, both of which are not expected to get better anytime soon. And ahead of the July 4 holiday, restaurants, packing plants, watermen and seafood markets are anticipating the worst.

The Crab Claw in St. Michaels is already paying double what it usually pays for crabs. The restaurant known for its crab cakes reopened in April and immediately had to contend with the shortage of crab meat.

“We are paying exorbitant prices. It is unbelievable what we have to pay,” she said. “It’s a huge problem.”

Jones-Wass said the shortage has made it “hard to make a living” at the moment and has now forced her hand. The waterside restaurant will have to raise prices on crab products for customers.

“We have not (raised prices) yet, but we are going to, yes,” she said. “It’s definitely going to be a huge increase.”

In the spring and early June, Jones-Wass was seizing crabs down south, mostly from North Carolina, South Carolina and Louisiana, to make up for the lack of local product.

Even with Maryland’s blue crabs making up a larger share headed into summer, The Crab Claw is still paying “sickening” prices for the shellfish. “I’m paying way too much,” Jones-Wass said.

Business owners have contemplated that the crab shortage is just another casualty of the pandemic. The U.S. has just fully reopened after 14 months of pandemic restrictions, and seafood demand has skyrocketed during a busy summer season. Restaurants and other providers are clamoring all at once to get the shellfish.

Watermen have noticed another hole in the supply chain. Jeff Harrison, the president of the Talbot County Watermen’s Association, pointed to a winter 2021 survey of the crab population, which found juvenile crabs were at the lowest point since 1990, at 81 million.

The number of adult female crabs increased slightly from last year, but only 282 million crabs were counted in the entire population, a substantial decrease from 405 million last year.

The larger problem is the shortage of smaller, female crabs, known as peelers. Those make up the bulk of the white meat that goes into products like crab cakes.

“The small female crabs — that is what we are not seeing,” Harrison said. “There’s a good chance this is not going to change. We’re not seeing any peelers.”

Commercial crabbing season began on April 1 and will continue through December, and crab populations are known to fluctuate so Harrison said he is holding out hope for a positive change within a month or so. But the waterman said other factors are at play: climate change and new, invasive species such as snakeheads.

Watermen are having a good season, however. The seafood catchers are selling bushels of crabs for an average of $150, and sometimes as high as $220. The high demand has helped them sell the crabs quickly.

The big sellers, such as Captain’s Ketch Seafood, an Easton market, are struggling. The market is paying close to $50 for a pound of crabs this season.

Keith MacPherson, the owner, said he’s mainly buying local but is keeping his crabs all for his Easton store. He’s avoiding wholesale transactions, which can bring in more money for his business.

MacPherson is also struggling to get any type of crabs, including snow crab legs.

“Everything is up in price, if you can even find it,” he said. “We are feeling it. Everybody is this time of year. People want crabs and crab meat ... but the retail price on a bushel is (high). That is a lot of money. I’m hopeful and praying that things are starting to come around.”

MacPherson buys from J.M. Clayton Seafood Company out of Cambridge. He purchases $46 a pound and then sells a jumbo lump of crab meat for $50 — a jump in price for customers.

“They have to pay more,” he said. “We try to be reasonable but we charge what we have to — to keep the doors open.”

Captain Ketch can’t “survive on four dollars and run a retail operation,” although MacPherson is hesitant to raise prices again. “There’s only so much you can charge.”

Meanwhile, he’s trying to “get creative” to keep his store afloat.

“We take lesser expensive items and do some cost averaging,” he explained. “We’re still doing fine.”

Other factors are involved in the shortage, including a shortage of pickers internationally — including in India, where the Delta variant of the novel coronavirus has devastated a country known for its large crab-picking operations.

But local plants are also struggling to pick crab meat as fast as demand.

J.M. Clayton, one of the largest seafood picking plants on the Eastern Shore, is understaffed, leading to a worker shortage. The problem is not unique to the pandemic, said Jack Clayton, the co-owner of the seafood packing plant, because the plant relies on H-2B migrant visas, or temporary workers.

The visa cap is 66,000 annually, based on a 2005 federal law, but the Biden administration and U.S. Citizenship and Immigrant Services added 22,000 temporary slots for 2021. Still, Clayton had been hoping for a 65,000-worker increase, but the layoffs from the pandemic last year killed that bill in the U.S. Congress.

Now, Clayton has “as many workers as the government will allow us” but it’s not enough to meet demand.

“Our problem is staffing,” the owner said. “This is the heart of the season and we don’t have the staffing. What we have been going through since 2005 is compounded by the last 16 to 18 months.”

This year, Clayton is buying up bushels of crabs for anywhere from $50 to $220, depending on the quality.

The fluctuation in crab product is driving increases, but so is the high cost of everything else Clayton is purchasing. A shipment of empty cans for packaging from Asia cost him about $12,000, up from a typical $3,000.

“The whole crazy, upside-down world we got now is affecting what we do,” Clayton said. “Everything that we touch — the cost has gone crazy.”

Brad Dress is a Star Democrat staff writer covering the environment, local issues and politics on the Mid-Shore. You can reach him at bdress@chespub.com.