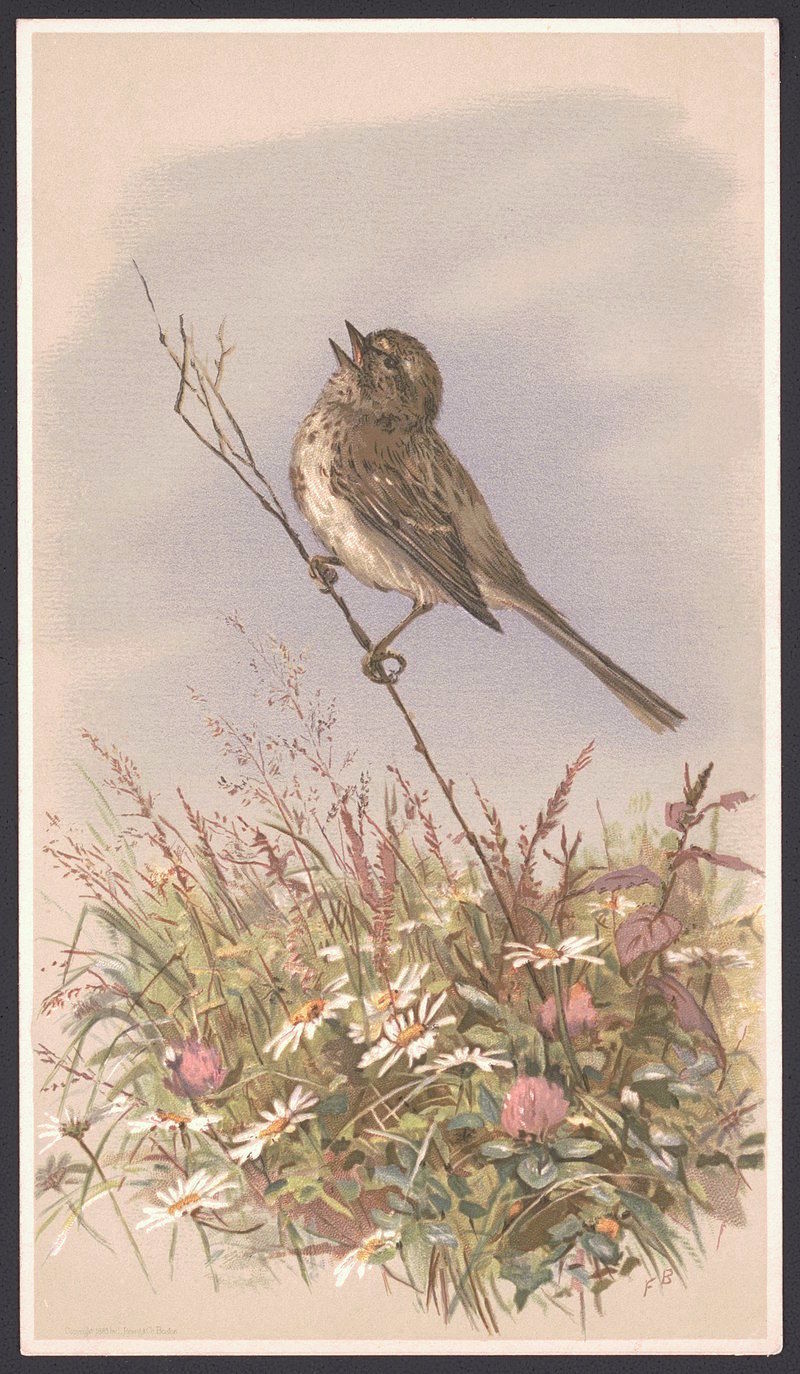 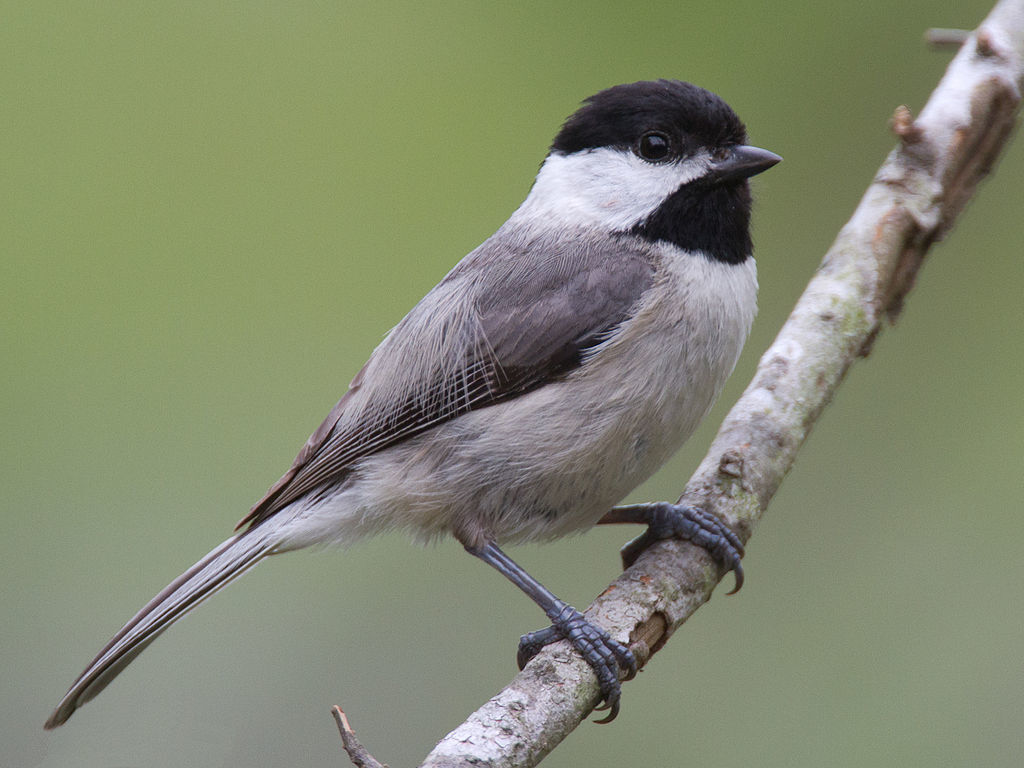 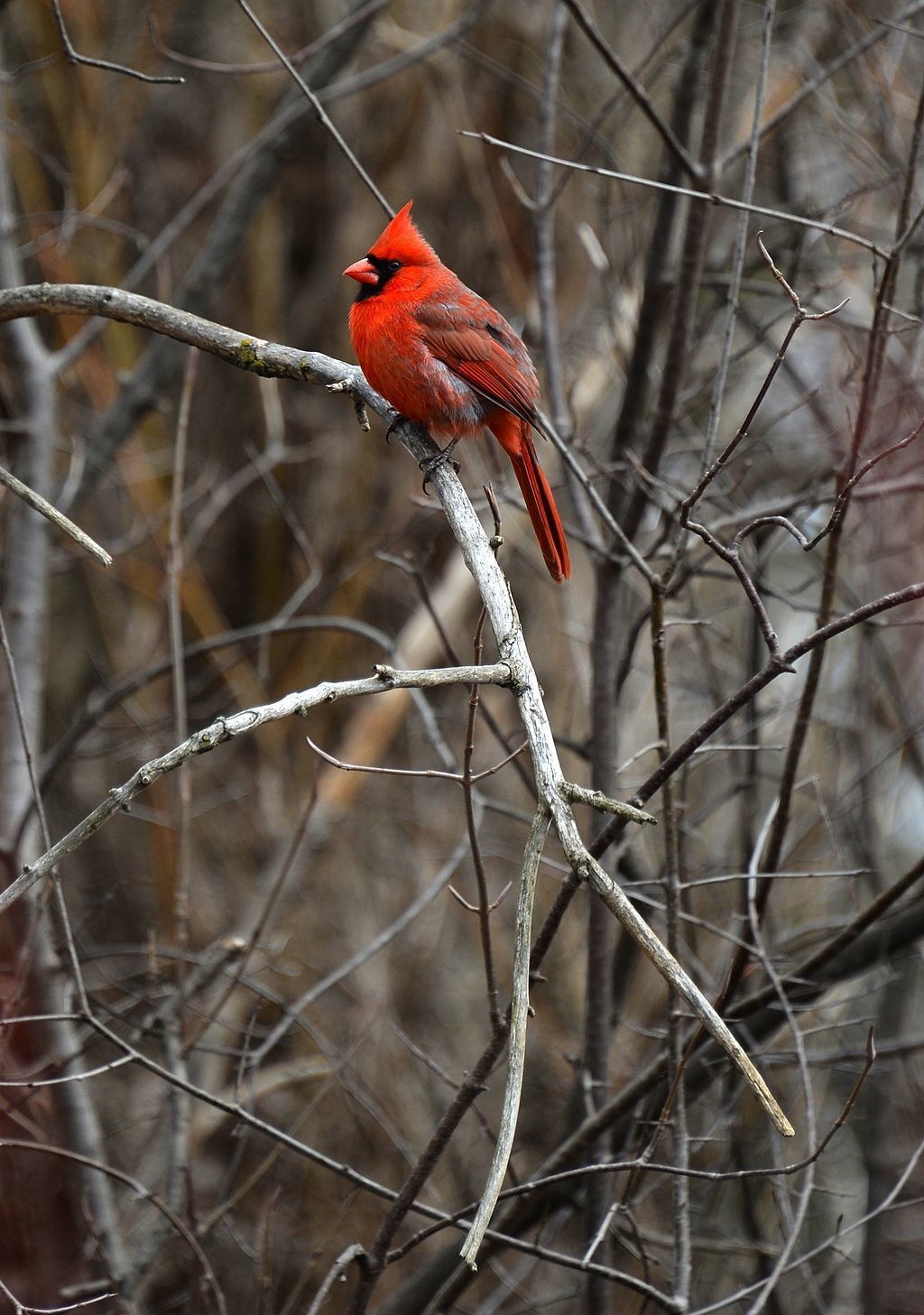 Over the last two weeks I have noticed that some of the resident birds at Adkins have started to sing their ‘Come here, sweetie’ and ‘This is my territory’ songs. The birds that I have noticed are:

1. Tufted titmouse: The Tufted Titmouse’s song is a clear whistle with the mnemonic: ‘peter-peter-peter’.

2. Red-winged blackbird: The song is a bit raspy, just three notes, and is sung over and over: ‘konk-a-ree or konk-la-dee’ or whatever similar mnemonic you prefer.

3. Northern cardinal: The song that I heard is a clear, piercing, two-part whistle. One mnemonic is ‘bird-ee bird-ee bird-ee’ with emphasis on the ee. The cardinal has numerous other songs that you can listen to at the same website.

4. Eastern bluebird: The bluebird’s song is lower in pitch than most birds and consists of several notes. I like to use the mnemonic ‘chivvy chivvy charmer’ to describe the song.

5. House finch: The house finch song is a mess of notes with short stops and stutters. Listen for the short ‘zreee’ that can be at the end of the song or mixed in at any time.

6. Carolina chickadee: The chickadee song is a short, whistled four notes. The call, chick-a-dee-dee-dee, gets the attention of nearby flock members and can communicate levels of urgency about food, movement, and even possible dangers lurking nearby. Scientists have learned that more than four or five ‘dees’ can indicate a nearby threat, with more ‘dees’ indicating a more serious threat like a screech owl.

I have also noticed an increase in drumming of the downy woodpecker and the hairy woodpecker. Yes, you can identify them based on their drumming. The hairy has a fast drum (about 25 drums per second) while the downy drums are slower (about 15 times per second.)

This site explains the difference. Woodpeckers drum to attract a mate and to claim territory, not to make a cavity or dig for bugs. The loudness or hollowness of the drumming only depends on what the woodpecker is hitting, for example, a gutter or a hollow branch.

I was curious as to why birds are starting to sing in the coldest part of winter. In 2017, Japanese scientists found that increasing daylight hours trigger songbirds to sing. Amazingly, it is not the eyes that sense the increase. It is the light that filters thru the skull to photoreceptors on the brain that initiates chemical reactions that result in singing and causes the testes of the bird to begin to increase in size. The testes do not balloon up to breeding size overnight. Rather, it is a slow process that culminates in the bird reaching sexual maturity for breeding. The female reproductive organs go thru a similar growth. After the breeding season, male and female reproductive organs start to shrink, which is a marvelous adaption that lessens the weight of the bird for flying.

Note: a bird’s sexual organs are within the bird. If you are interested in reading more about their reproductive process, this website provides an introduction.

Birdsong has generally been considered a characteristic of male birds, allowing them to compete with other males and attract females. Scientists have always known that some female songbirds sing but it was not until 2014 that a review of singing females revealed it was much more common than thought.

Females sing in over 660 species of songbirds and there are still 3,500 species of songbird in which the female singing status is unknown. For example, At the Cornell Lab website allaboutbirds.org for the northern cardinal song, the first sentence of the song description states, “Both male and female Northern Cardinals sing.”

In 2017 the Female Bird Song Project began with the goal of encouraging scientists to study this behavior. One theory is that both the females and the males of the ancestors of all modern songbirds had song. This could mean that males singing to attract females cannot have been the first and foremost reason for the evolution of song.

The birds are starting to sing and now you have some idea of the science behind birds singing, with freezing rain covering the branches. And the bird singing? Perhaps it is a lady.

As always, feel free to contact me with questions at wlsngang@verizon.net.