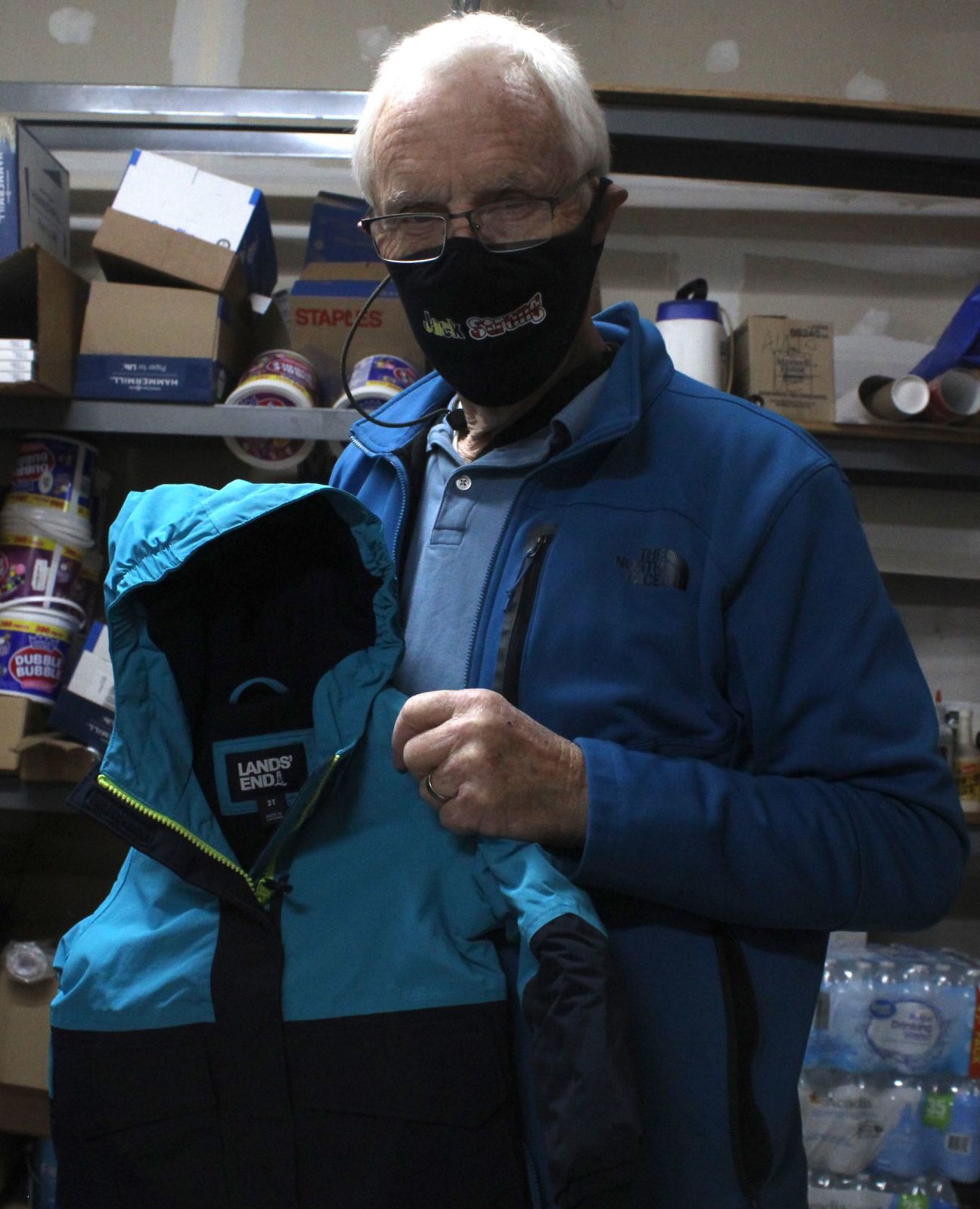 Terry Johns from Mid-Atlantic Tire holds up a donated children’s coat. The coat drive for this year runs until Nov. 30. 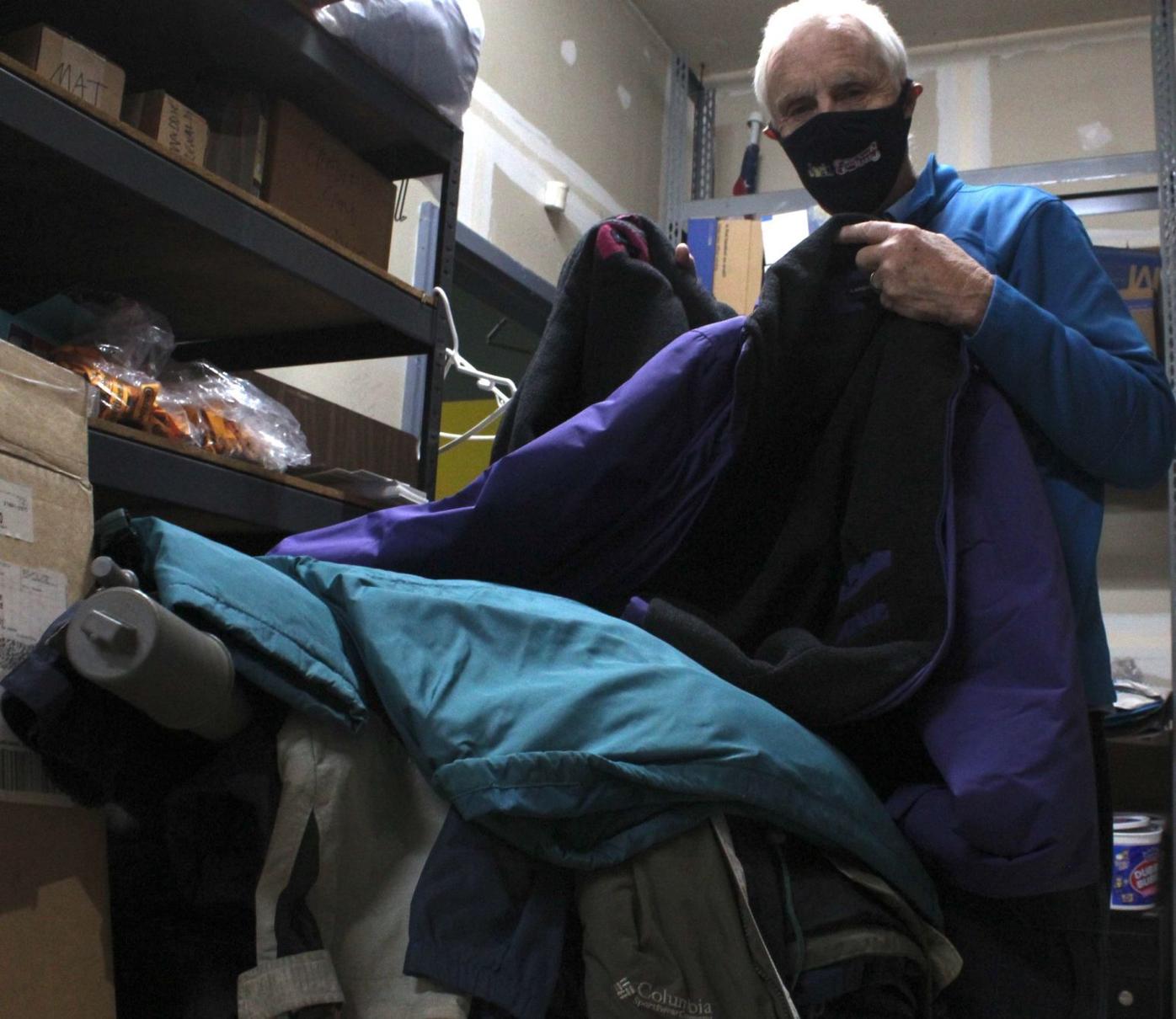 Terry Johns from Mid-Atlantic Tire holds up a donated children’s coat. The coat drive for this year runs until Nov. 30.

EASTON — With the launch of the annual Calls for Coats drive, Admiral Cleaners and Mid-Atlantic Tire are set to donate at least 4,000 coats this year to lower-income families in Easton, which comes as the county is still reeling from historic levels of unemployment.

While both companies accept donations year-round, they are beginning to advertise the drive, and will soon donate the coats to families in need as the winter season kicks in. The drive is expected to run until Nov. 30.

Individuals can drop off new or used coats of all sizes at either Mid-Atlantic Tire or Admiral Cleaners in Easton. Admiral Cleaners will clean used coats before donating them to the Neighborhood Service Center or local schools, which will distribute them to families in need.

“Everybody has a coat in their closet they don’t use anymore,” Terry Johns, the general manager of Mid-Atlantic Tire, said. “It’s free, and it doesn’t cost you anything.”

The number of donated coats could be less this year because of COVID-19.

Whitney Kerridge, the organizer for Admiral Cleaners, said they usually donate 3,500 to 4,500 coats a year, but donations “feel like they have been a little bit lighter this year.”

She speculates that people are less inclined to donate used clothes during a pandemic, but Kerridge encouraged all to donate because “it’s more important than ever this year” and Admiral Cleaners will effectively clean any used coats.

Johns still expects 400 to 500 coats this year. They have 25 so far, but he hasn’t begun advertising it yet.

Marilyn Neal, the director of the Neighborhood Service Center, said she expects to get more than 1,000 coats from both companies. Her center directly distributes to schools and families starting in November. Usually there is a long line of people waiting to get coats in the cold months, but this year will look a little different.

Families in need will have to ring a buzzer, wait outside, and come in one at a time to collect a pre-bagged coat. Still, she typically runs out of coats before February — the need is there, Neal said.

Unemployment remains at 5.4 percent in Talbot County, according to the latest figures from the Maryland Department of Labor. Donated clothes can help lower-income families stay warm in the cold winter months.

Admiral Cleaners started the coat drive more than 25 years ago, and Mid-Atlantic Tire partnered with them starting in 2007. They have donated more than 100,000 coats since.

Johns said he started his side of the coat drive after his wife died, wanting to give back to the community in her name.

“We wanted to do something to memorialize her,” he said. “And it is a good way to give during the holidays. We think of this area as being affluent, but there are a lot of families in need.”