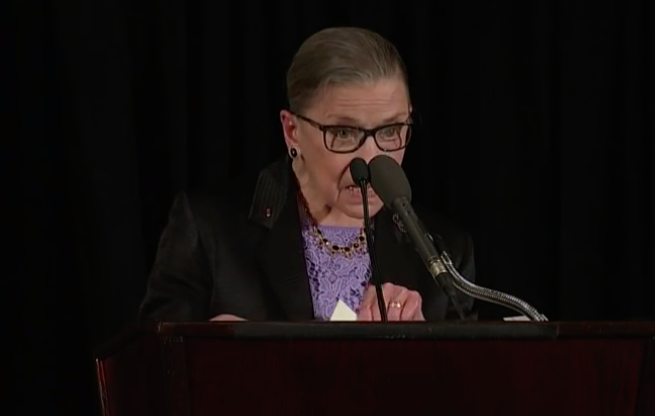 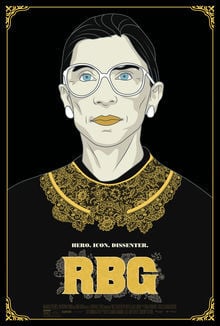 A movie poster for the documentary about Ginsburg. She was also the subject of a feature film called “On the Basis of Sex.” 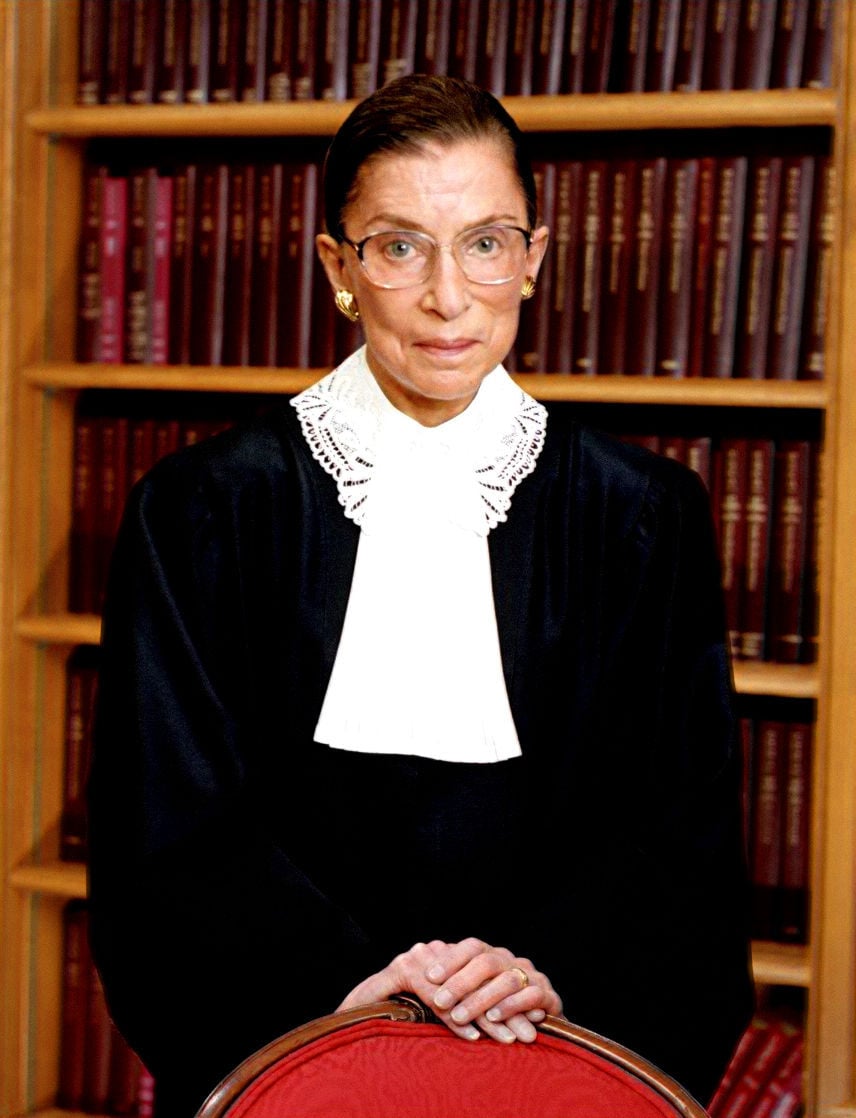 A movie poster for the documentary about Ginsburg. She was also the subject of a feature film called “On the Basis of Sex.”

EASTON — Ruth Bader Ginsburg: educator, lawyer, mother, cancer survivor, pop culture icon and U.S. Supreme Court Justice. Did movie star or action figure get mentioned? This tiny woman, five feet tall and 100 pounds, cut a deep and lasting legacy for millions of women. She fought for equality with the weapon she knew well— the law. She brought her passion for this mission to work everyday, according to local jurists.

Ginsburg died Friday in Washington of pancreatic cancer at age 87. Her life, legacy and death have been felt from Washington to the Eastern Shore — including among local judges and attorneys.

“It is difficult overstate the impact that Ruth Bader Ginsburg has had on women in our country. When I graduated from law school in 1996, women attorneys had become commonplace. If I had been born only a couple of decades earlier, my options for a career in the law would have been extremely limited. Upon their respective graduations from law school, neither Sandra Day O’Connor nor Ruth Bader Ginsburg were able to get law firm jobs because they were women. Their career options were limited to academia (in the case of Justice Ginsburg) or hanging out one’s own shingle in a strip mall (in the case of Justice O’Connor),’ said Brynja Booth, a judge on the Maryland Court of Appeals.

“She had enormous fortitude. She was a brilliant jurist that didn’t back down. She was zealous in what her case was but remained human,” Kehoe said. “She was a hero to women. I have seen her as an action figure on women’s desks. There is a lot for women to overcome. She built a life, built a career and became a respected lawyer. She was on the Second Circuit Court in New York.”.

Ginsburg’s friendship with late Supreme Court Justice Antonin Scalia, a conservative who died in 2016, is also being pointed to as an illustration of the need for civil discourse. Ginsburg was appointed to the court in 1993 by then President Bill Clinton. She served on the Supreme Court for 27 years and was one of its most liberal justices.

“To appreciate their personal and professional relationship and their embodiment of true civil discourse, I recommend watching Justice Ginsburg’s remarks at Justice Scalia’s eulogy. They reveal her character (as well as Justice Scalia’s—he brought her flowers every year on her birthday) and the spirit from which reasonable and intelligent individuals can approach the most challenging and divisive legal and social problems facing our country with mutual respect and civility for the person with an opposing viewpoint. Justice Ginsburg may be gone, but she has left an indelible footprint on our constitutional jurisprudence,” said Booth.

“I’ve always been struck, as have we all, by Justice Ginsburg’s indefatigable energy and her ability to work through pain — both physical and emotional. I’ve always admired as well the fact that her tenacity was in furtherance of an equitable community, not for personal recognition (though recognized she certainly was). It may have been a clever legal tactic to represent many male plaintiffs in equal protection cases, but her clear message was that women were to understand that greater responsibility accompanied more extensive rights,” Grunden said.

Ginsburg’s career and legal opinions were also personal to Booth.

“Justice Ginsburg broke down barriers and stereotypes that stood in the way of women gaining access to the same professional opportunities as men. I recall some of this history unfolding in 1996 when I was student at Washington and Lee University School of Law in Lexington, Virginia. Lexington is home to two higher educational institutions—Washington and Lee, and Virginia Military Institute (“VMI”). That year, the Supreme Court heard and decided what is commonly referred to as the “VMI case” which involved the question of whether VMI, a state military institution, could exclude women from attending. It was very controversial at the time and was the source of much discussion on our campus that winter and spring. That June, the Court struck down VMI’s policy of male-only admission,” Booth said.

Ginsburg wrote the opinion in that case. “She wrote that if women were physically capable of performing the rigorous demands of the academy, their gender should not constitute an impediment to admission. Justice Ginsburg noted that the same generalities and stereotypes had previously been used limit women from admission to the bar, to law school, and in the medical field,” said Booth.

“As a woman who has spent more of her adult life unmarried than married, I was reminded this weekend of how different my own life would be if I required male cosignatories in order to function in many areas of my life. Surely I have Ruth Bader Ginsburg to thank for my very ability to live an independent life — something I believe most women, myself included, take for granted at this point in our country’s history,” said Grunden.

“On a lighter note, I found a kinship of soul with the wonderful late jurist watching clips of her speaking about the power of music to take her away from the ways in which the legal world can sometimes weigh our souls down. I will feel fortunate if I have half the energy and joie de vivre tomorrow that she demonstrated until her very last breath. What an inspiring life she led,” said Grunden.