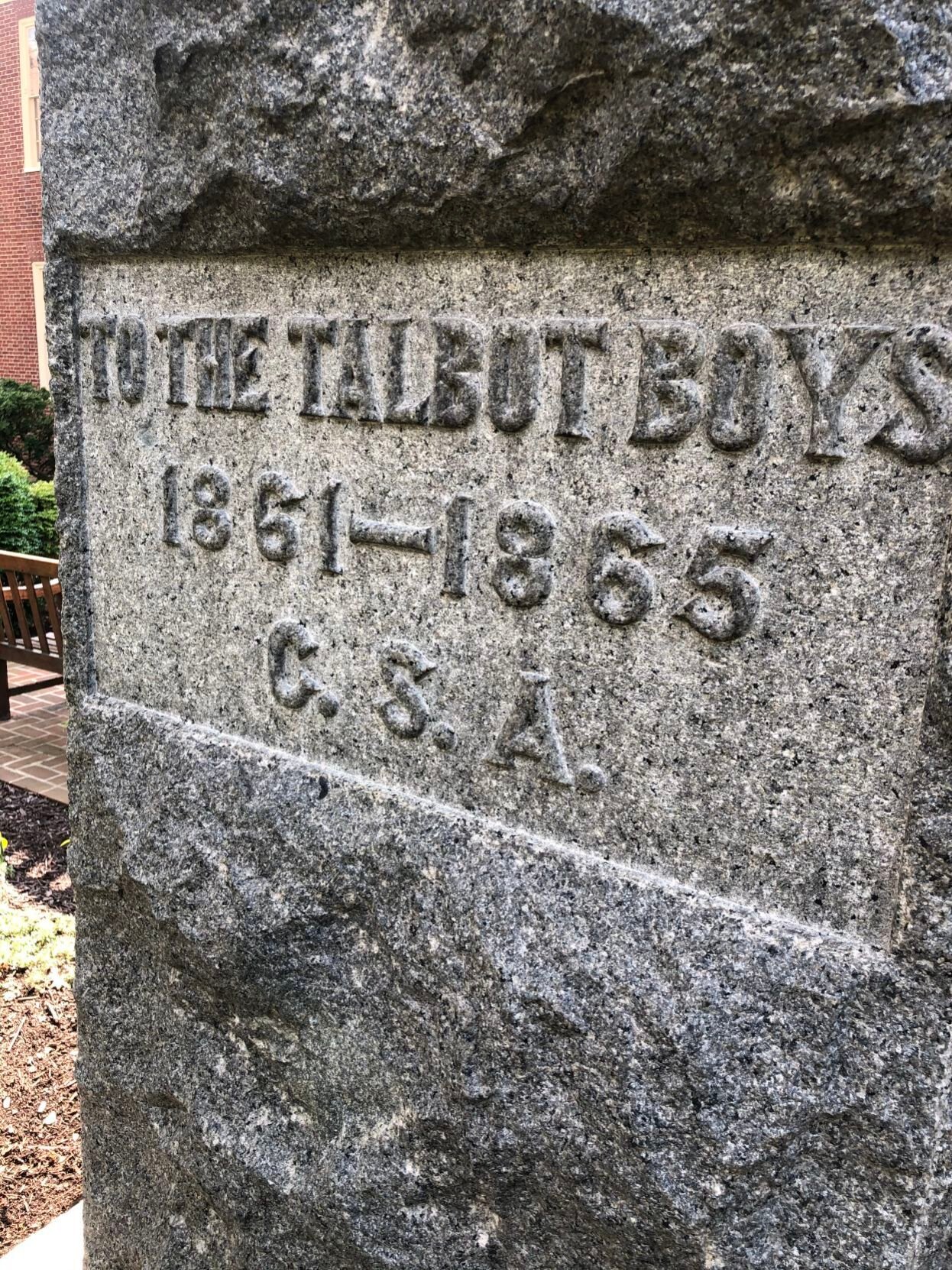 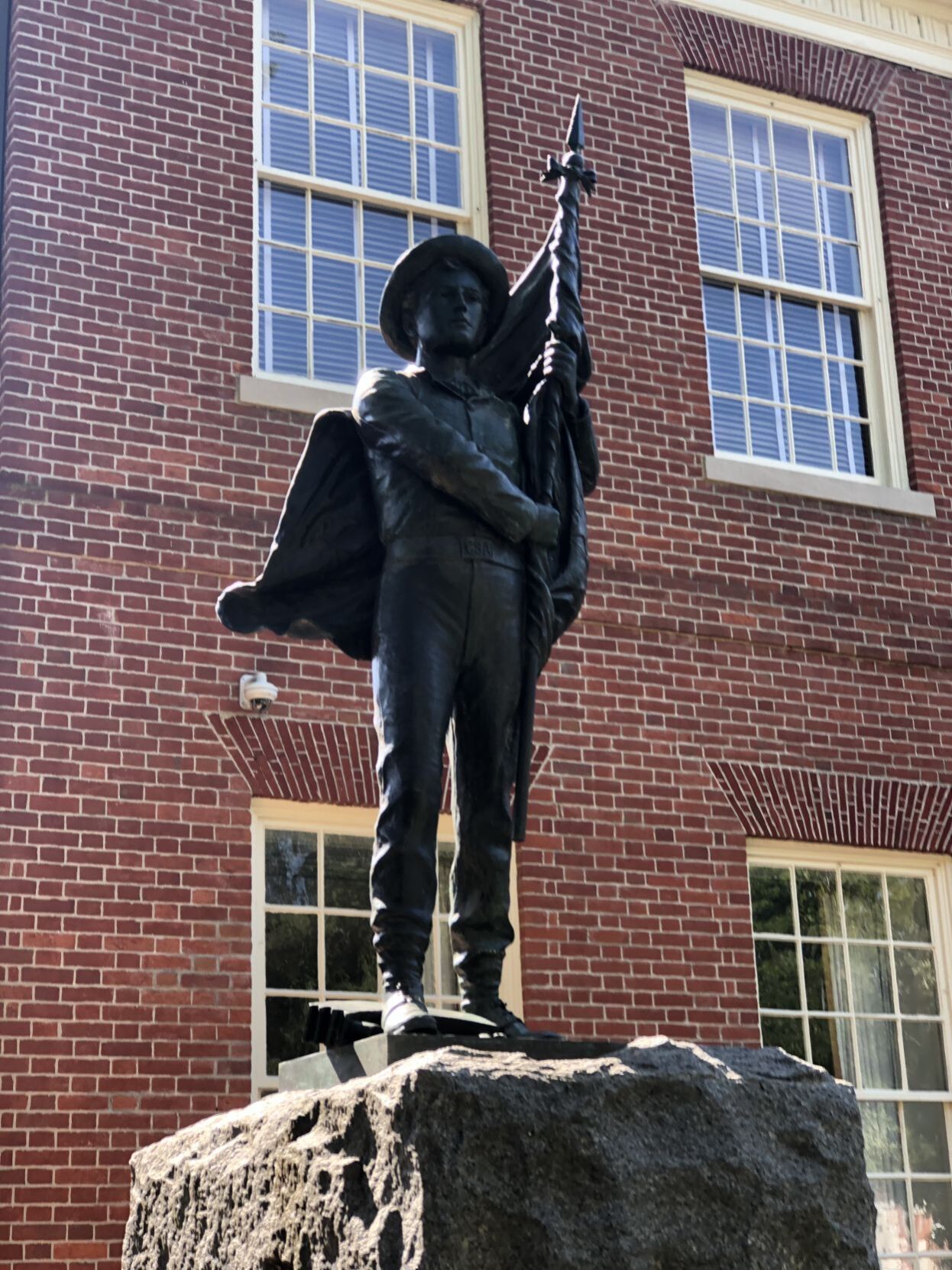 The Talbot Boys statue at the Talbot County Courthouse in Easton.

The Talbot Boys statue at the Talbot County Courthouse in Easton.

EASTON — U.S. Rep. Andy Harris, R-Md.-1st., said he wants local residents to decide the fate of the Talbot Boys Confederate statue after the NAACP and American Civil Liberties Union filed a federal lawsuit for its removal on May 4.

The lawsuit contends the Confederate statue — which sits on the Talbot County Courthouse lawn in Easton — is a symbol of white supremacy and slavery sitting on public property and that it violates the equal protection clause of the 14th Amendment.

Harris is not keen on the lawsuit.

“The people of Talbot County have to decide this issue. I hope that the cancel culture doesn’t ignore our country’s history — even if that history wasn’t perfect,” said Harris, a conservative representing the Eastern Shore.

The Talbot Boys statue honors local residents who fought for the Confederacy during the U.S. Civil War. It was erected in 1916 and sits on the courthouse lawn in downtown Easton.

That includes Democratic candidates running in 2022 in hopes of unseating Harris.

“The courthouse cannot symbolize equality and justice under the law with the Talbot Boys statue on its doorstep. We cannot achieve our extraordinary potential as a united America if we do not repair the divisions that separate us. The statue must be removed.,” said Dave Harden, a former U.S. international development officer who is running in the Democratic primary to take on Harris.

Other Democratic contenders — including Heather Mizeur and Mia Mason — as well as the Talbot Democratic Party also want to see the Talbot Boys removed from the courthouse lawn.

“Despite sustained efforts to reach out to our local elected officials, three intransigent members of our County Council have repeatedly refused all invitations to discuss this issue with the NAACP and local community faith leaders. Simply put, the community has run out of tools in the toolbox to convince our elected officials to meet with and listen to their constituents,“ said Patrick Firth, chair of the Talbot County Democratic Party. “As equity, justice, and opportunity for all are the guiding principles of the Talbot County Democratic Party, we remain steadfast in our support of the growing chorus of Talbot County citizens and organizations demanding the removal of the ‘Talbot Boys’ Confederate statue from the people’s Courthouse grounds.“

The local Democratic Party contends the Talbot Boys “is a symbol of sustained and institutionalized racism”, according to a statement. Talbot Boys opponents also point out the memorial sits near the location of a former slave market.

The county council voted 3-2 last year not to remove the controversial statue. There could be a referendum on the fate of the statue in 2022.

The Preserve Talbot History group wants the statue to stay and opposes the new federal lawsuit. The local group argues the statue is part of history and is educational and that it should stay at the courthouse.

David Montgomery, a representative for the Preserve Talbot History, expects the push against the Talbot Boys to continue, pointing to recent other pushes to remove other Confederate statues in other states.

“This will just keep coming back. My personal feeling is that this is one of many attacks around the country — attacks on history,” Montgomery said.