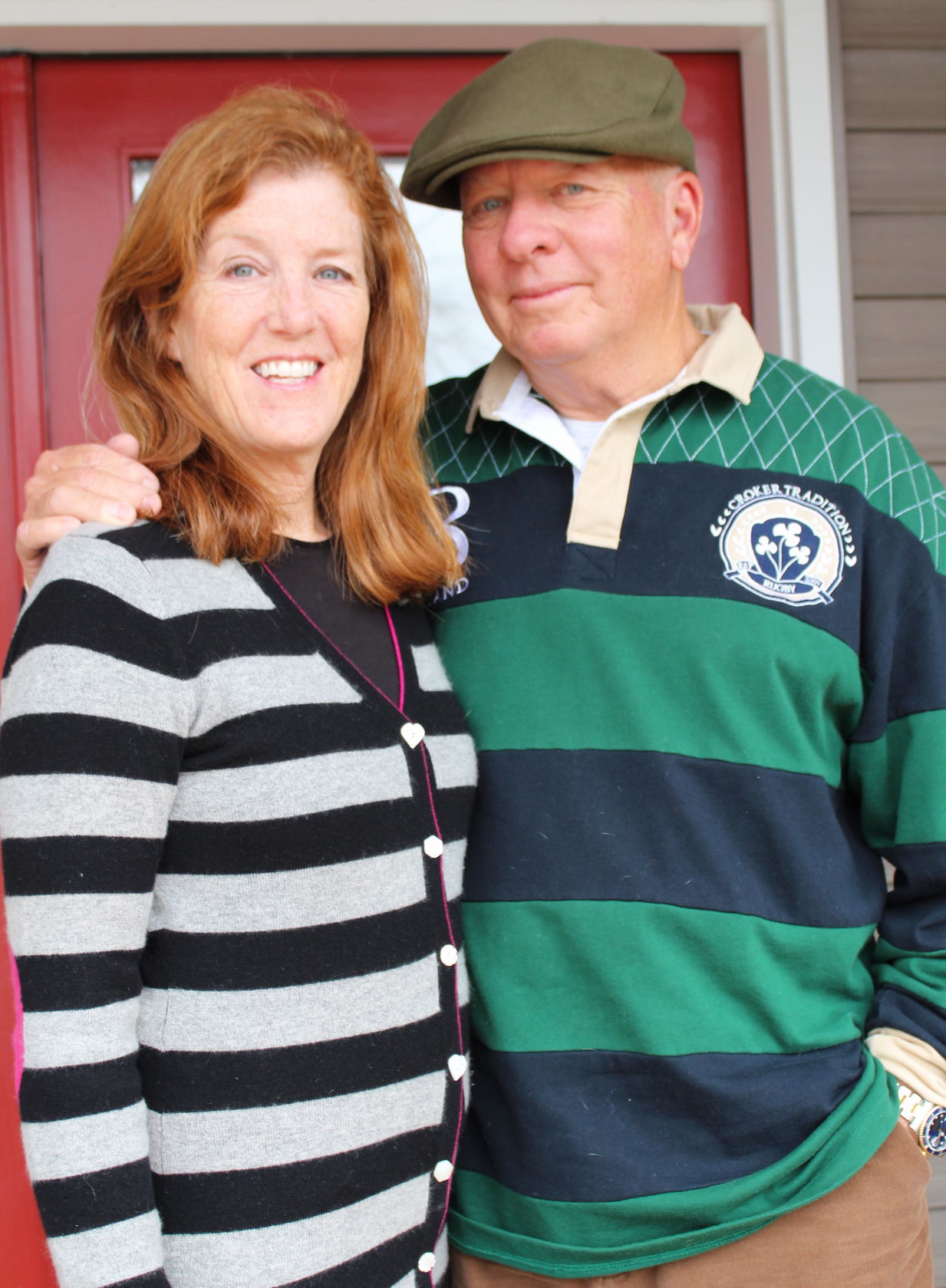 Winning another prestigious military award is Operation Open Arms founder John “Giddyup” Bunch of Oxford who, along with his his wife Jennifer and many volunteers, provides R&R and a range of services to active duty military personnel. 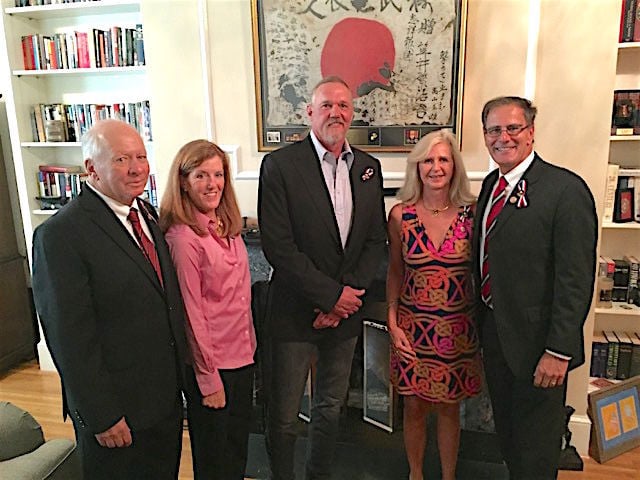 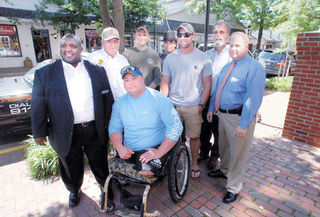 Operation Open Arms founder and director John Bunch, right, with some of his favorite people, those "who protect our freedoms" in combat arenas, he said. 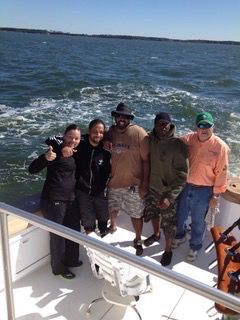 John "Capt. Giddyup" Bunch of Oxford poses on his fishing boat with military personnel he has helped through the nonprofit charity he founded, Operation Open Arms. 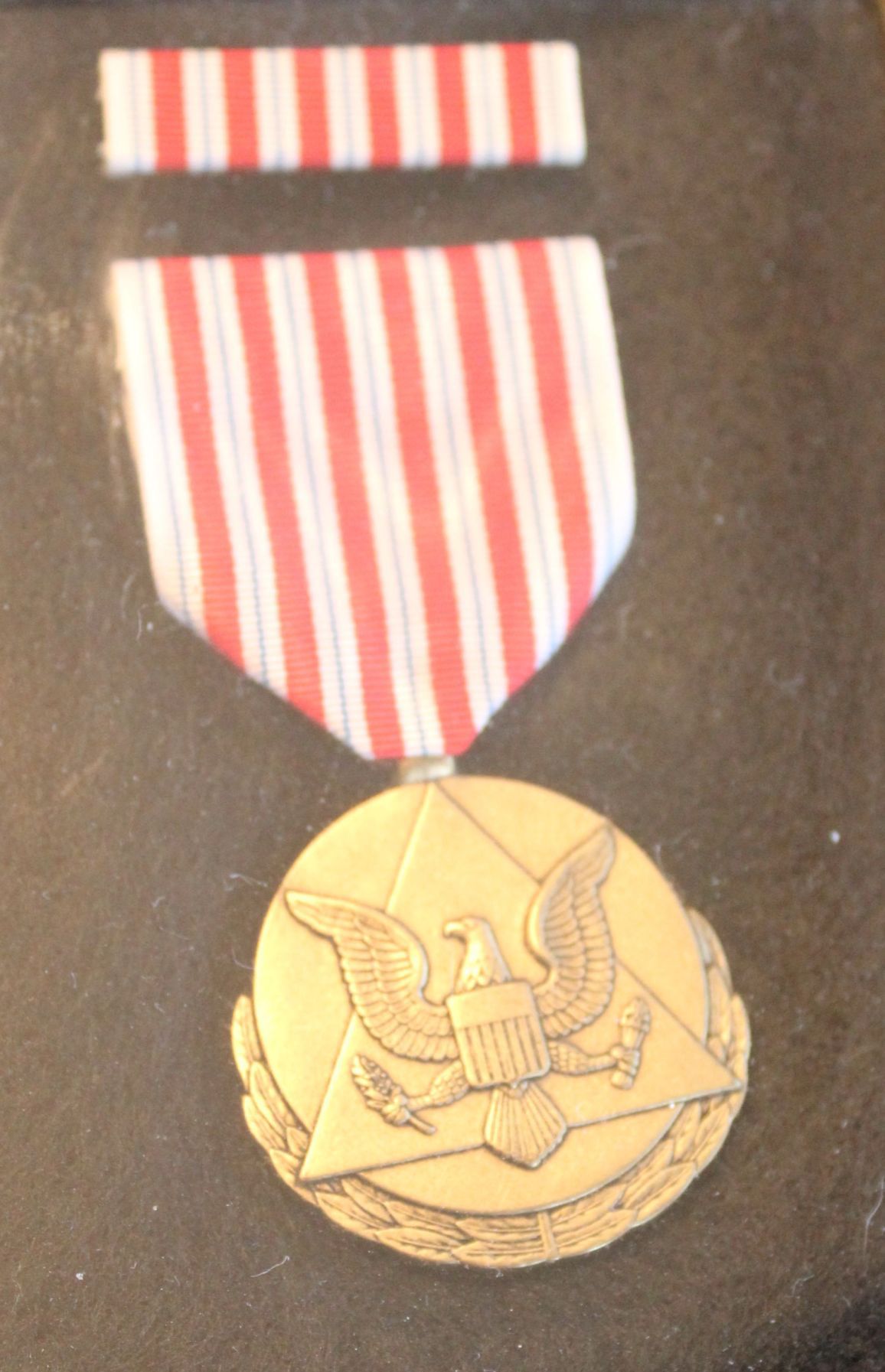 Winning another prestigious military award is Operation Open Arms founder John “Giddyup” Bunch of Oxford who, along with his his wife Jennifer and many volunteers, provides R&R and a range of services to active duty military personnel.

Operation Open Arms founder and director John Bunch, right, with some of his favorite people, those "who protect our freedoms" in combat arenas, he said.

John "Capt. Giddyup" Bunch of Oxford poses on his fishing boat with military personnel he has helped through the nonprofit charity he founded, Operation Open Arms.

What started out as a chance meeting with an active duty soldier who just wanted to go fishing before his redeployment to Iraq 12 years ago has turned into a major operation to provide R&R and same-day mental health services to military personnel serving in combat arenas.

Master angler and fishing charter guide John Bunch, or “Giddyup” as he’s been known from childhood, his wife Jennifer and a battalion of volunteers and generous business owners have made it their mission to do whatever they can for active duty military members and their families.

The U.S. Army took notice last year and adopted the former Marine into the “Army family” by bestowing on Bunch the Outstanding Civilian Service Award for his work as founder and director of Operation Open Arms. It is one of the Army’s highest honors.

The Outstanding Civilian Service Award was instituted in 1959. The secretary of the Army or a major commander may award the medal for outstanding service.

Eligible recipients include individuals, federal government officials at the policy development level and technical personnel who serve the Army in an advisory capacity.

This year, as members of the elite group of awardees, the Bunches attended a holiday reception on Dec. 6 at Quarters One, the home of Army Chief of Staff Gen. Mark Milley at Fort Myer in Alexandria, Va..

Accompanying them this year, as they did in 2016, were friends Ray and Lorri Wilson Clarke of Easton.

“John’s a great guy,” Clarke said. “This is his baby. He really does as much as he can to help.”

While receiving the award and rubbing elbows with Army brass were honors Bunch cherishes, his current focus is on helping military service members from the Eastern Shore who are “on active duty and returning home from combat and foreign duty stations.”

The 501(c)(3) organization began in Naples, Fla., and expanded to Oxford when, in 2011, Bunch married Jennifer Shannahan, an Easton native.

“I’m up here, and I’m thinking, what am I going to do besides just clean the house, cook and all that stuff, which I love to do,” Bunch said. “So I decided to apply for (nonprofit) certification in Maryland, and that’s how OOA moved to the Eastern Shore.”

OOA is still active in Florida, as well.

The organization traces its origin to a chance encounter Capt. Giddyup had with U.S. Army Spc. Travis Downes on April 19, 2005.

On leave before his second deployment to Iraq, Downes asked Bunch to recommend a good spot to go fishing from land. “I’ll take you fishing this Friday,” Bunch said. Downes said he couldn’t afford Bunch’s service.

“I don’t recall asking you for any money, Travis,” Bunch remembered saying. “This fishing charter is about your service to our country. It will be free of charge. You deserve and have earned a free fishing trip with me.”

Bunch, who worked for IBM for 25 years, began organizing a network of fellow fishing guides, hotels, restaurants and golf courses. The number of volunteers and participating businesses has grown to 328.

The organization accepts donations, although, for the first few years, Bunch returned the checks people sent in.

“U.S. troops coming back from combat or foreign duty stations from all 50 states can use our benefits,” Bunch said. “This program exists only for those on active duty, not veterans. Soldiers and sailors who protect our freedoms come back from (sometimes multiple) deployments, and a lot don’t have the money for R&R (rest and relaxation).”

Although he began by offering fishing trips to active duty personnel, the organization has expanded. Bunch acts as a concierge for active duty personnel in between deployments. “That’s where OOA comes in. Each week of our R&R is (equivalent to) $3,500 a week,” Bunch said. “I’m like a poor man’s Oprah.”

Since its founding until mid-December 2017, OOA has helped 3,621 active duty personnel, Bunch said.

“You start in 2005, and now it’s 2017, and you can’t believe how fast time has gone by and how busy we stay, and how this got in the way of a brilliant fishing career and an outdoor writer career,” Bunch said, smiling.

Bunch said he wakes up around 2 a.m. and works on administrative tasks until about 4 a.m “or I wouldn’t be able to keep up with it. It takes a lot out of me from the standpoint of energy,” Bunch said. “The only thing that keeps me from quitting is I’ve never been able to quit anything in my life before.”

“I didn’t want it to be a secret to all the families on the Eastern Shore that something as wonderful as this exists for their kids who are coming back from Afghanistan, from Iraq, from Yemen — from all the places we’re involved,” Bunch said.

“Eastern Shore men and women that are coming home, that have had a taste of combat, anything that they need, I will stop at nothing to make sure they get it, especially during the holiday season,” Bunch said. “We’ve even paid for trips back for kids who have had tough (travel) connections, who had the time but couldn’t afford the airline tickets.”

“We don’t guarantee that we can deliver everything, but we try,” Bunch said. “I don’t think there’s anything we haven’t delivered yet as far as wishes are concerned.”

The organization doesn’t advertise, and the only person who receives a paycheck is the webmaster. No one in the all-volunteer organization collects a salary, and the charity has no political or religious affiliation.

“Since the Army named me ‘family,’ the troops get enough information,” Bunch said. Three NBC “Today” show features and eight times on CNN have helped spread the word, as well.