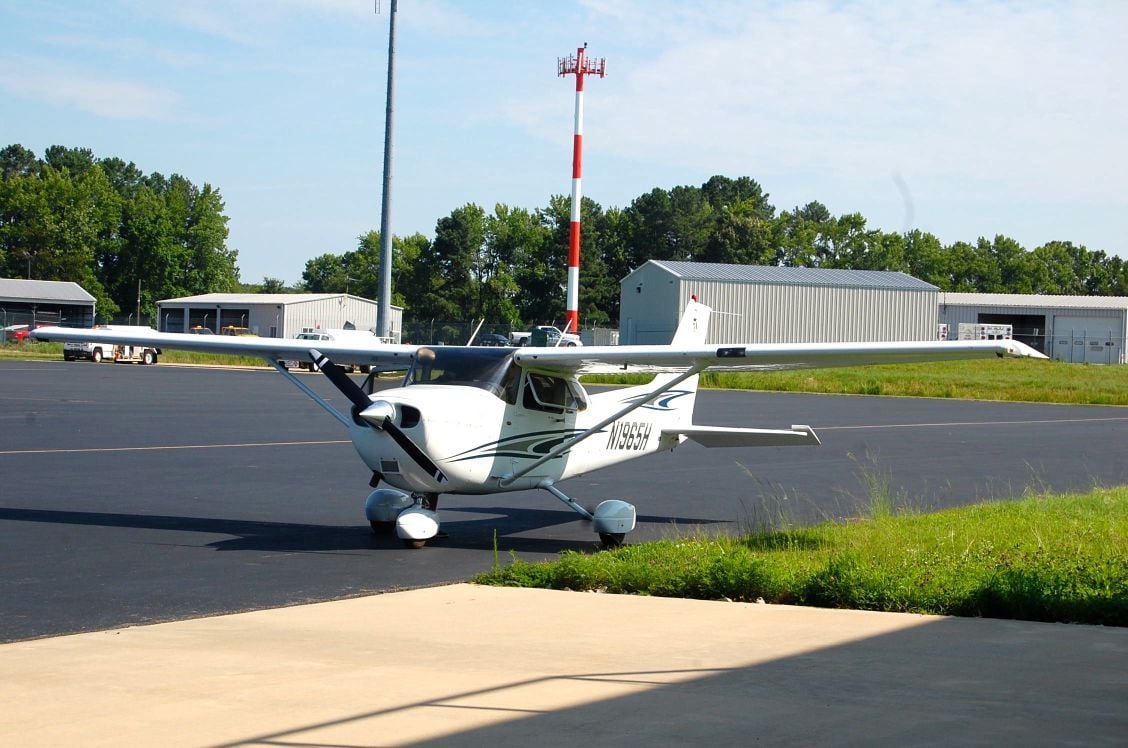 Pictured above is a training airplane that Trident Aircraft uses to teach its students how to fly. 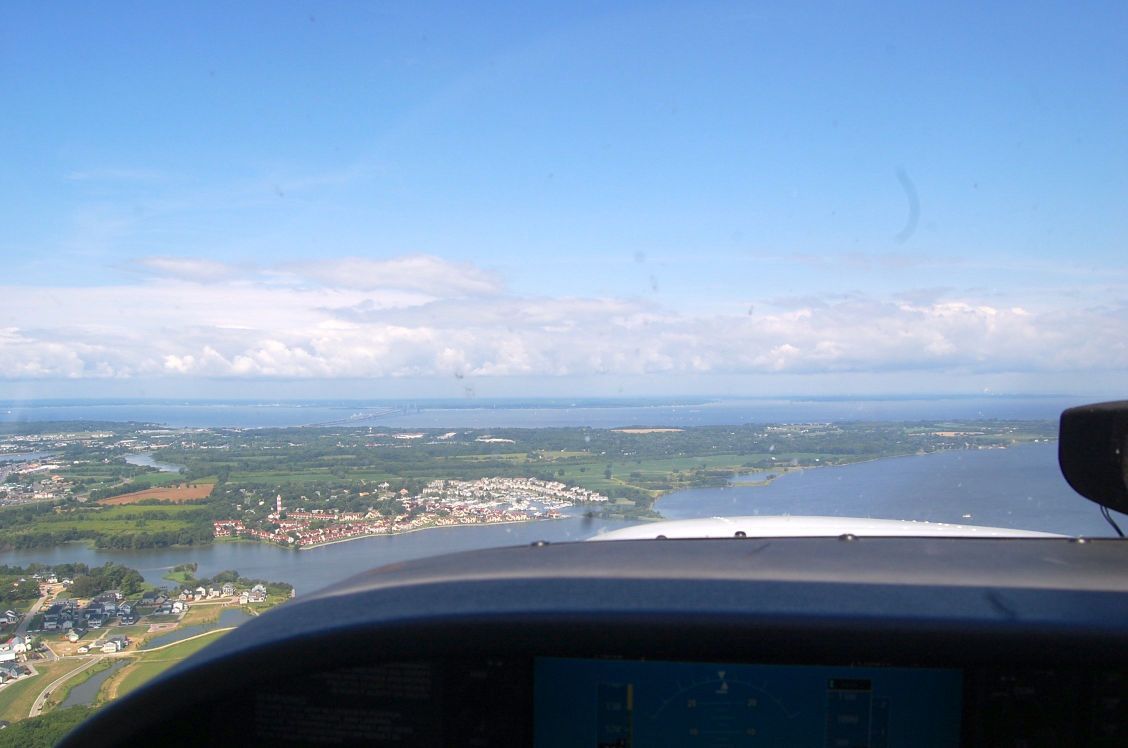 A view from the cockpit of one Trident Aircraft’s training airplanes. Trident trains U.S. Naval Academy students and civilians how to fly on their own. 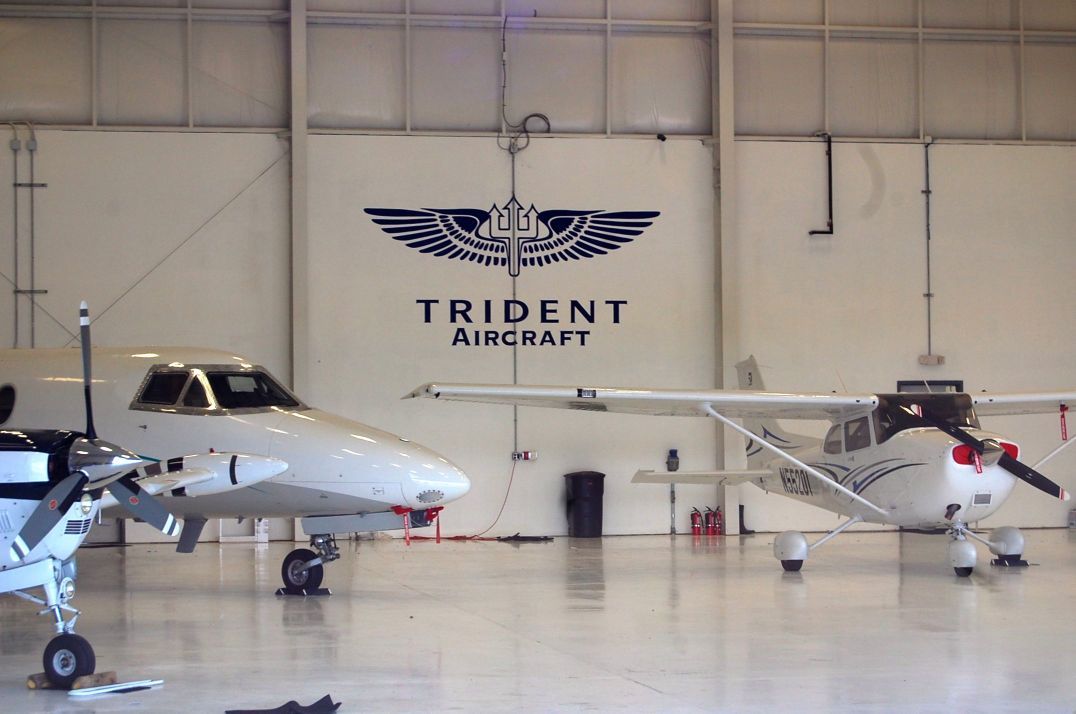 Pictured above is a view inside Trident Aircraft's hangar at Easton Airport. To the back left is a corporate jet, and to the right is an example of a training aircraft Trident uses to teach people how to fly. 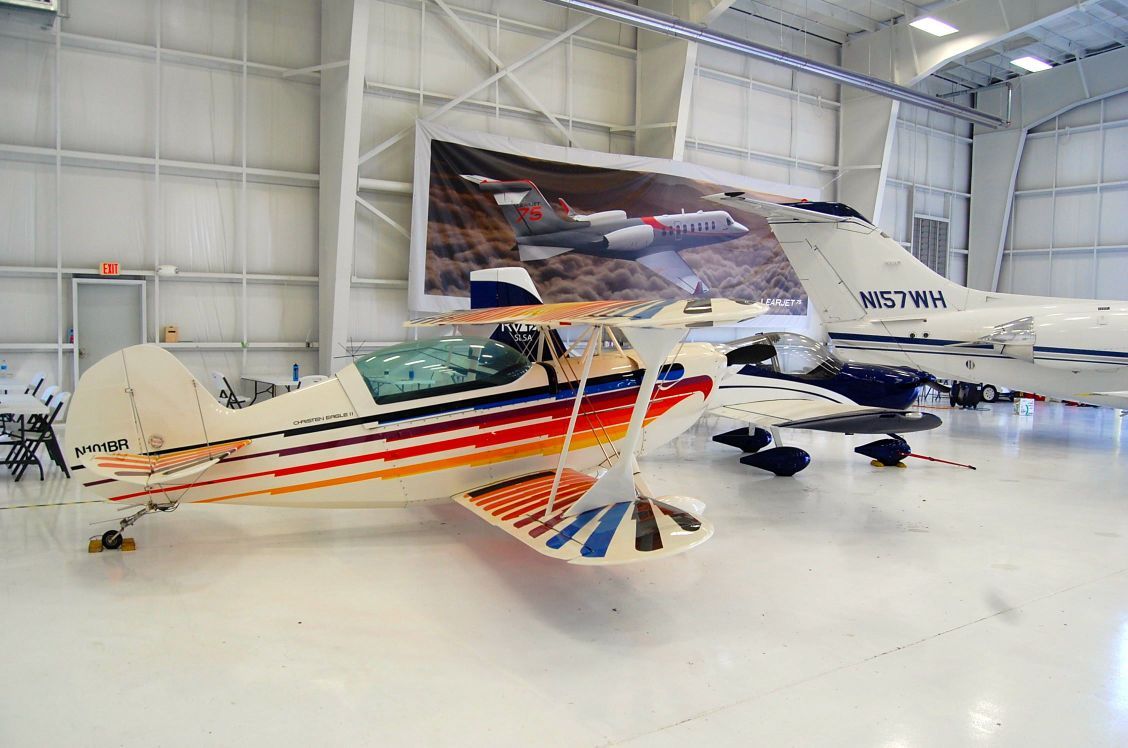 Pictured above is a training airplane that Trident Aircraft uses to teach its students how to fly.

A view from the cockpit of one Trident Aircraft’s training airplanes. Trident trains U.S. Naval Academy students and civilians how to fly on their own.

Pictured above is a view inside Trident Aircraft's hangar at Easton Airport. To the back left is a corporate jet, and to the right is an example of a training aircraft Trident uses to teach people how to fly.

EASTON — All summer long, a local flight school based out of Easton Airport has been training U.S. Naval Academy midshipmen who are entering into their senior year.

But, Trident Aircraft doesn’t just train naval students. Its services have always been about teaching anyone — even “someone who’s never seen a plane before” — to fly, said owner John Galdieri.

It’s passion that drives Galdieri, who said he’s known he’s wanted to be in aviation since childhood, which eventually led him to become a corporate pilot and, when asked if he does lessons and quickly gaining clientele, open his own business in 2006 teaching newcomers how to fly a plane.

Galdieri started Trident with one airplane and one instructor.

“We were working out of a little closet over at the Bay Bridge Airport on Kent Island,” he said.

Trident landed its “first big Navy contract” in 2008 and went up to about 10 airplanes, training prospective Navy pilots ever since then both in Maryland and through its other flight school opened in Pensacola, Fla., he said.

“So they go from never being in an airplane before to flying on their own,” Galdieri said, adding that Trident teaches about 600 naval students each year, about 250 in Maryland and about 350 in Florida.

Naval academy students train each summer. Those who choose flight school at Trident through the Powered Flight Program are there to gauge their aptitude for it, Galdieri said.

“It gives them a good recommendation for the academy to decide who’s the right people to go to flight school and eventually fly fighter jets and helicopters and all that good stuff for the Navy,” he said. “Some people might think they want to love to fly and they just don’t have the hand-eye coordination, or they never knew they got air sick, or they get in an airplane and they hate it.”

Trident, which has been training at Easton Airport since leasing two hangars there in 2013, gets three groups of 80 to 90 naval students at a time starting in June.

Between about 40 hours of ground school — things like learning how to control the plane on the ground, radio etiquette and working the flight instruments — and 10 hours in the air, it takes about a month for them to learn the basics, going from zero hours in a plane to, most of them, flying on their own, he said.

Galdieri said Trident has about a 80 percent success rate, in regards to the naval students flying on their own by the end of the course. A small percentage, as Galdieri referenced earlier, might find flying isn’t for them and drop out of the course.

Ever since Trident left the Bay Bridge Airport and moved to Easton, its business has about doubled in size, Galdieri said. His original five-year plan was to own five airplanes within the first five years of business. Trident now has about 40 airplanes — four jets and 36 other airplanes, like those to train students — and operates with 37 employees.

“Our busiest day this summer we did around... 113 hours (of flying) in one day. During that day, I think we accounted for something like 800 takeoffs and landings here at Easton,” Galdieri said.

Airport Manager Mike Henry said earlier in July that he saw a 35 percent spike in Easton Airport traffic in Fiscal Year 2015. He credited much of that spike to Trident Aircraft.

“Being here in town has done good things for us, and hopefully we’re returning the favor by bringing lots of transient people, lots of Annapolis people, here and spending money in town and exposing them to the Eastern Shore,” Galdieri said.

Besides training naval pilots, Trident trains civilians — everything from first lessons to commercial pilot and instructor licenses. It adds up to more than 1,000 customers each year, Galdieri said. It also provides pilots to fly corporate jets for executives based in Easton, he said.

“We have some people who walk in the door here, never been in an airplane before and two years later they’re working here as an instructor pilot,” he said. “Next thing you know they’re off flying for the airlines or a corporate jet, making real career for themselves.”

Trident recently received authorization to train international students to fly, starting this fall with students from Mexico who will live here for six months and learn to fly commercial jets.